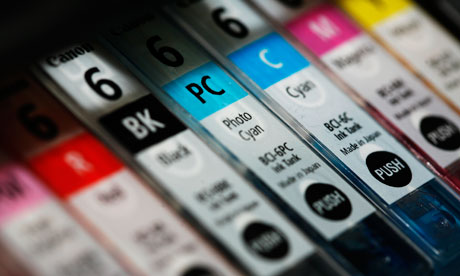 In busy households, the costs of running an inkjet printer can really mount up. After all, printer ink is ludicrously expensive and as is often cited, it costs more than vintage champagne or even liquid gold by the millilitre. It’s no secret that printer manufacturers intentionally maintain this status quo but what may still shock you is that we’ve been getting even less for our money as time has gone on.

As this article from the Guardian points out, the capacity of ink cartridges sold by top brands such as Epson and HP have been shrinking. For example it states that the Epson T032 cartridges sold in 2002 held 16ml of ink while the T089 from 2008 held just 3.5ml. With companies resorting to these sort of tactics, we need to do all we can to save on ink costs and these are our 5 suggestions.

Printer manufactures hook people in by offering super-cheap printers, with prices as £35 nowadays and those who have ever had to fork out for a full set of cartridges will know that a single set will cost even more than the printer. Although big brands will do all they can to scare you away from using them with threats of voided warranties and damage to your printer, independently made compatible ink cartridges are priced fairly and can save you a fortune. However there are definitely some low quality compatible cartridges on the market and so I’d strongly recommend reading the reviews on Amazon to check your getting value for money.

If you’re keen to stick with official branded cartridges, then it’s definitely worth investing in XL cartridges next time you buy. Although some might consider them to be average sized and the normal cartridges XS seeing as the outer shell of the cartridges are the same size. Whatever your opinion they offer much better value than the ‘starter’ cartridges which contain barely any ink. 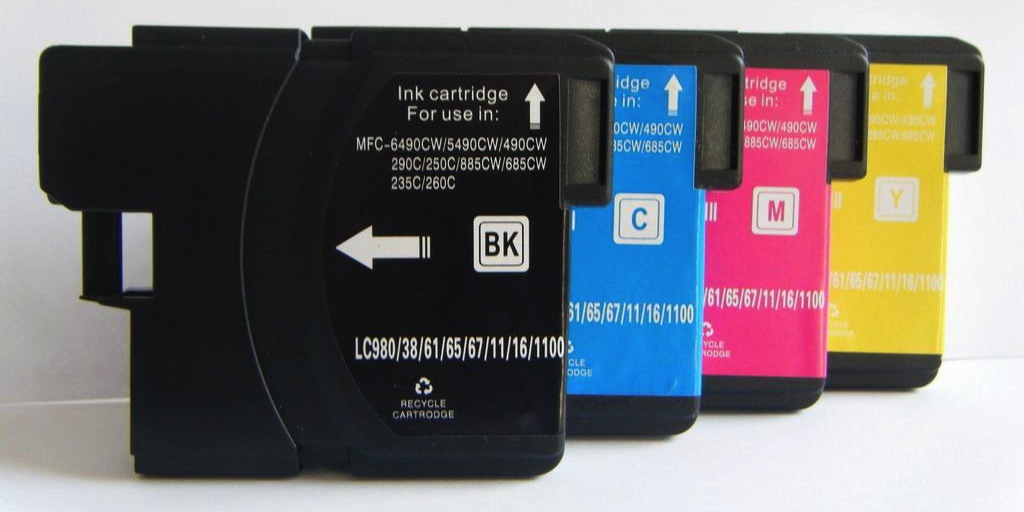 It’s not that ink inside the cartridges but the cartridges themselves that are expensive. There’s quite a lot of physical hardware involved in a cartridges such as the obvious plastic casing but also microchips and the incredibly precise printing head which is actually quite a feat of engineering. The ink sold by itself while still somewhat pricey, pales in comparison to the cost of cartridges so many people are now choosing to refill their old cartridges which is also great for the environment. Kits are available which allow you to do this yourself from home although many small shops, particularly newsagents in the UK are offering ink refilling services which can help you save money.

Most people don’t pay much attention to the print settings dialogue window that pops up before you print but you should. If you’re only printing black text documents, be sure to select ‘Monochrome’ or ‘Grey Scale’ to be sure that your printer isn’t needlessly using your valuable colour ink to create black. If the document you’re printing isn’t really important, then you could also choose to print it in grey instead of black which uses far less ink and don’t print any images larger than they need to be. If you’re often left wondering where all your ink has gone when you only print one or two pages a month, then the simple answer is that its dried up and evaporated. The outer layer of ink in a cartridge is left exposed to the air so to get the most out of your printer, its worth printing all your documents in one go.

5 – Get Rid Of Your Printer

This might not be an option for everyone but in a lot of households the printer is rarely needed in the age of emails and USB flash drives. If you find that your printer is only needed to print the occasional EasyJet boarding pass then you could probably easily do away with it. Remember that print shops and photocopiers still exist in newsagents and public libraries and at just a few pence per page could actually end up cheaper than having your own printer. By ditching the printer, you also get to get rid of that huge piece of machinery that’s been cluttering up your desk all these years.

If you have any other methods to help keep printer ink costs down, please suggest them in the comments below.