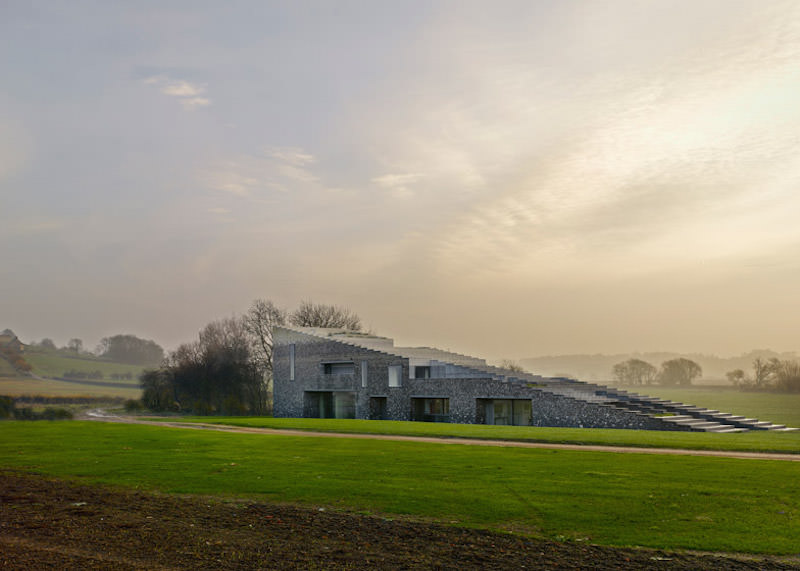 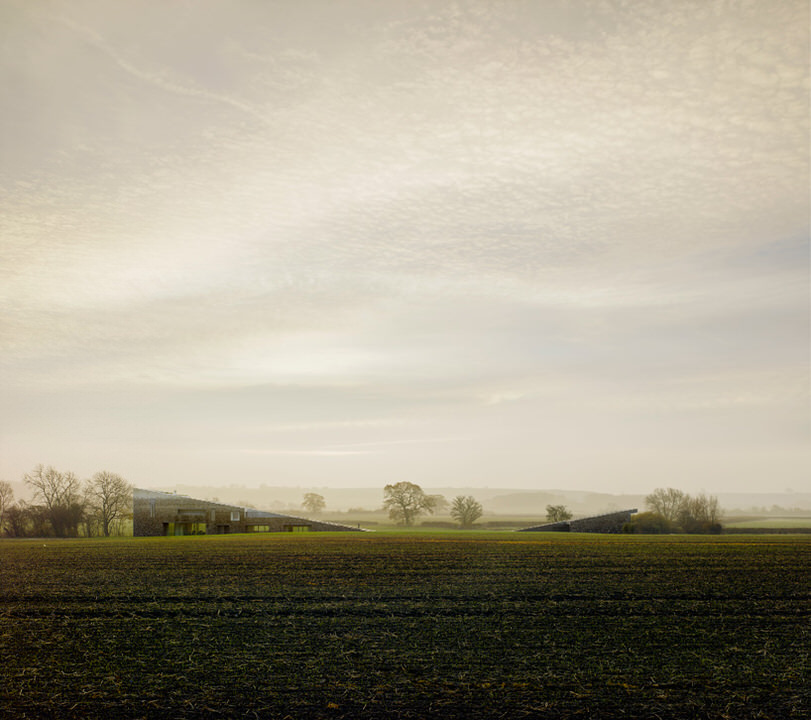 Skene Catling de la Peña Architects designed these remarkable structures for the aristocratic Rothschild family, secluded within their Buckinghamshire estate in the UK. A main dwelling, and a smaller annexe building emerge from the ground, with their gently sloping stepped roofs looking like geological features extruded in a tectonic upheaval. 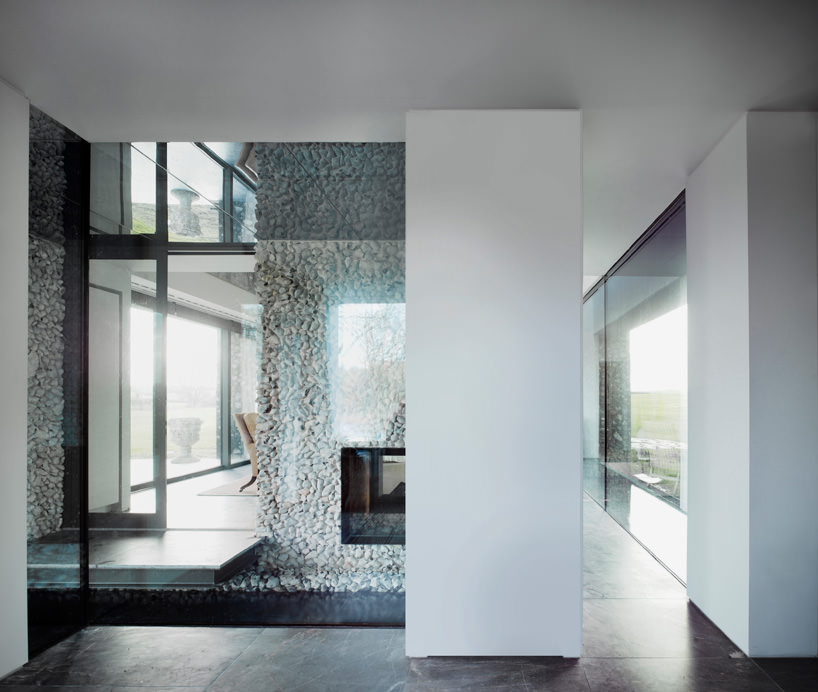 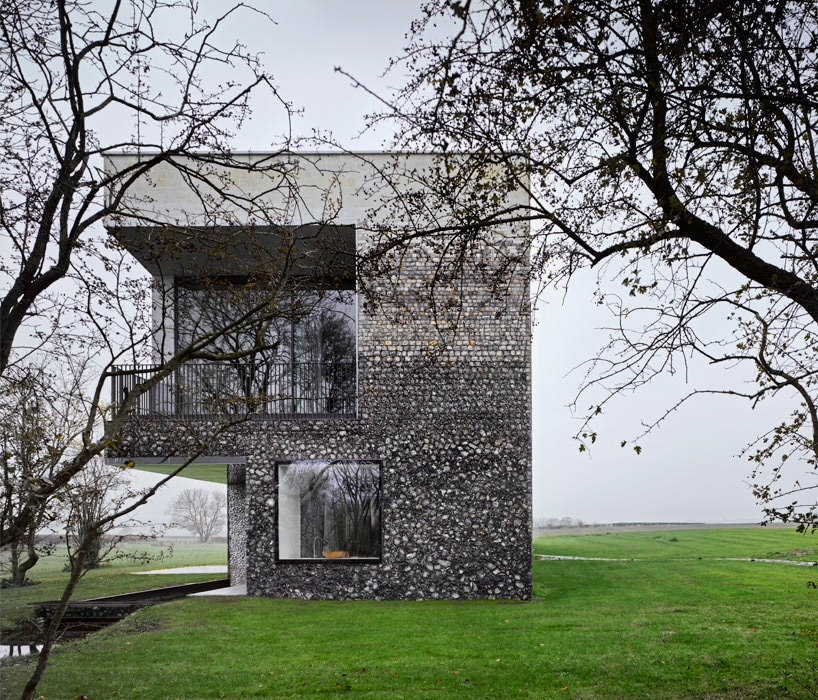 The geological theme is continued when it comes to the exteriors of the buildings, with a noticeable banding that resembles different beds of sediment deposited over millennia. It is also a passage through time, symbolising the historical progression of building materials from crude walls made of irregular rocks, up through flint cobbles, and topped with a refined pinnacle of chalk. 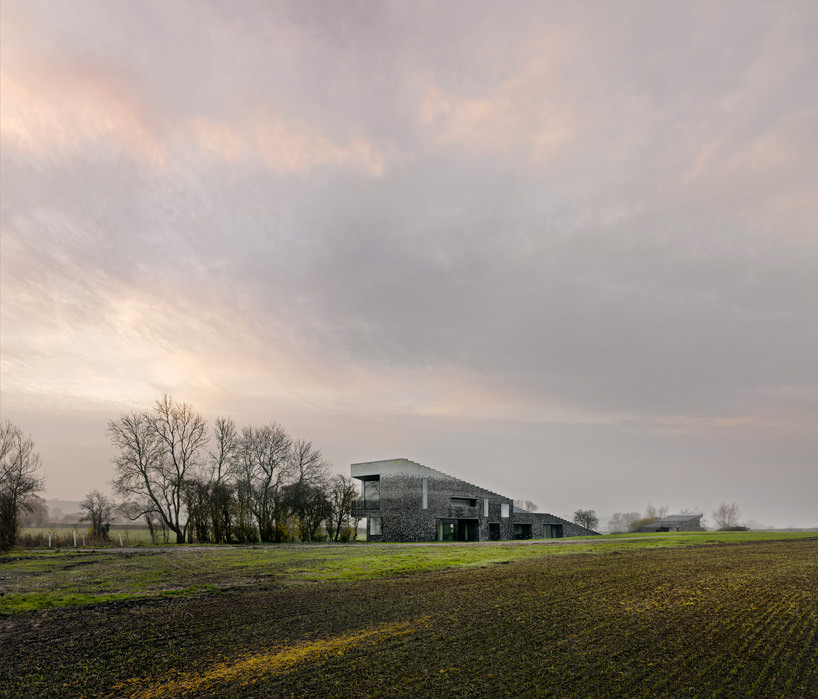 The building has a rawness that echoes the landscape, jutting from the ground like a collision of tectonic plates, a man-made mountain that follows the profile of the existing trees. The landscape and architecture are inextricably linked, and the form is sculpted using layers of natural materials found there: flint and chalk. 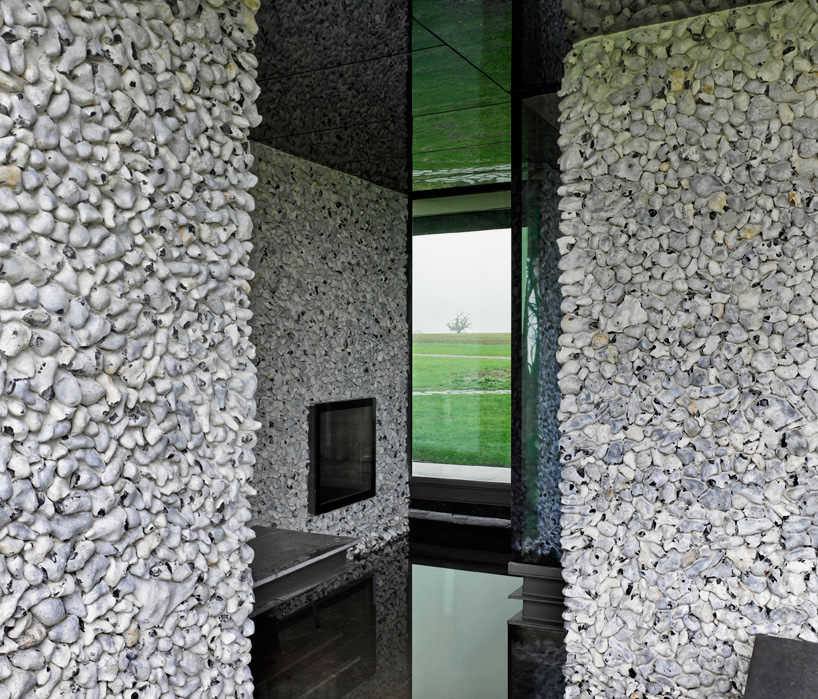 While starkly modern, the dwelling paradoxically feels decidedly stone age. Not just because of the extensive use of raw stone in its construction (most notably flint and chalk), but because of its overwhelmingly simple, monolithic form that makes it feel as though it were a Mesolithic monument with some underlying archaic symbolism behind it.

There is a material transformation over the building where at its base it appears to be almost ripped raw from the ground before it undergoes a ‘civilizing process’ as it progresses into the uppermost ethereal chalk layer where it finally dissolves into the sky. It embodies the idea of the geological extrusion, infinite age and of revealing something already there. 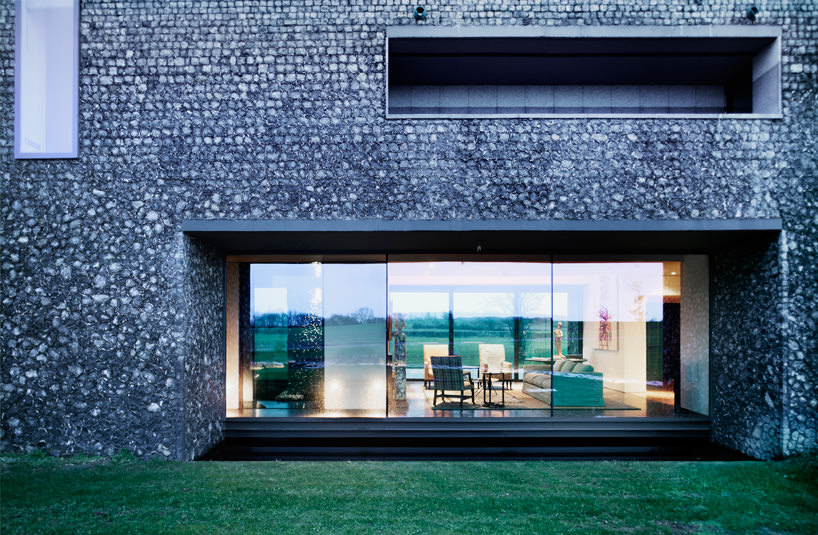 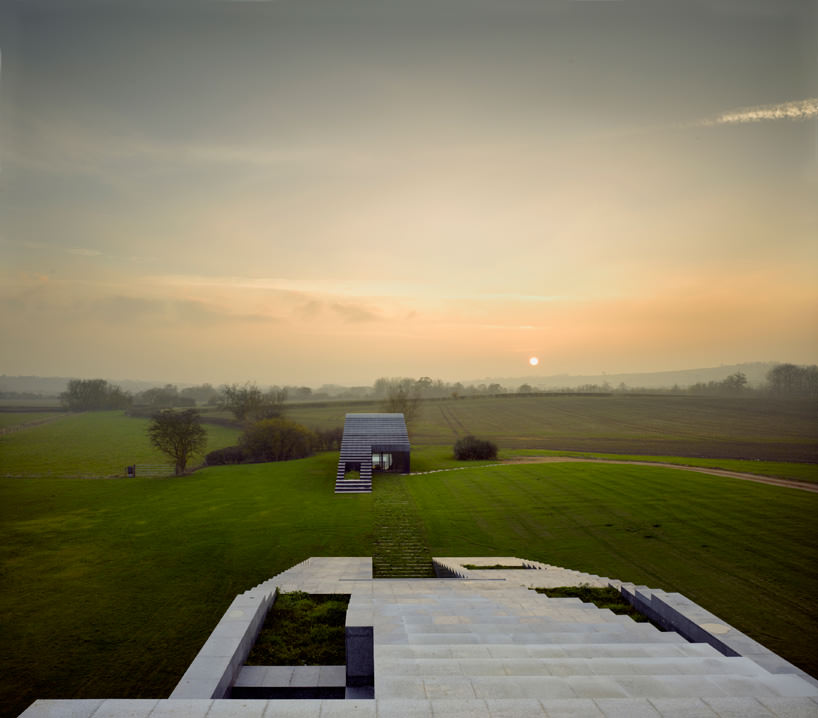 The jutting triangular dwelling is mirrored by a smaller annexe building which follows the same line, and as a result the sloped roofs and embedded terraces face each other. 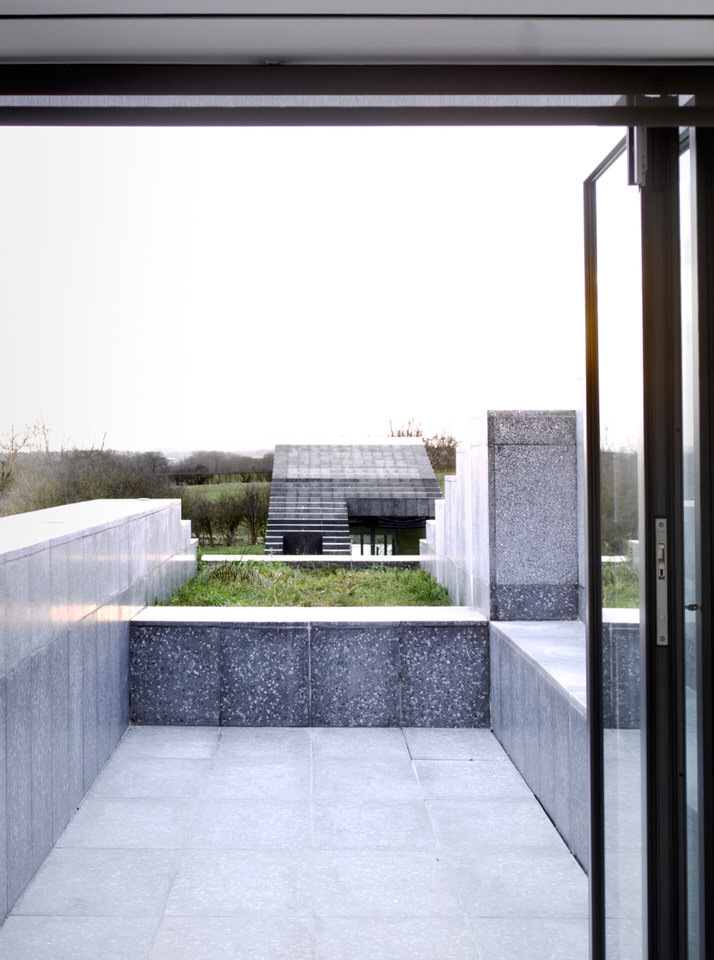 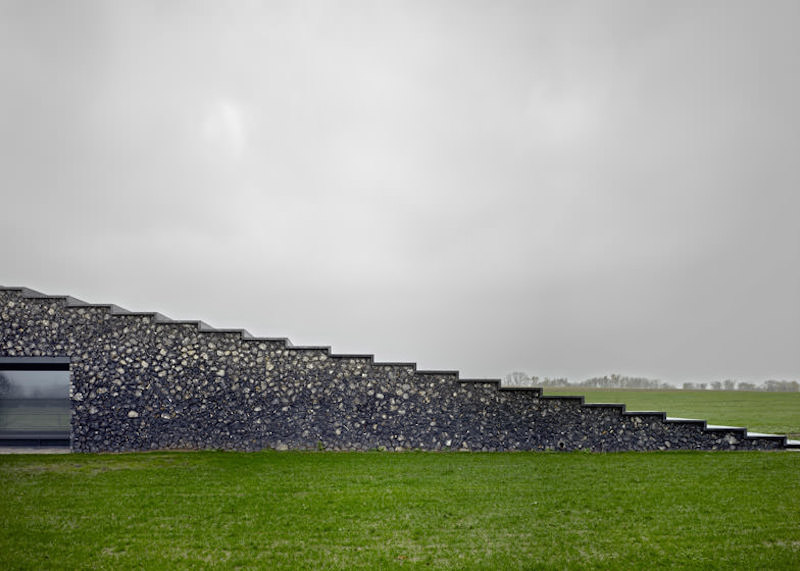 Åkrafjorden Hunting Lodge in the Mountains of Norway by Snøhetta
Truffle House: A Concrete Cave Dwelling by Ensamble Studio
Les Marais by Alain Carle Architecte
A House for Oiso in Japan by DGT Architects
Casa Caldera Built from Volcanic Scoria Concrete by DUST
Fiscavaig Eco Home on the Isle of Skye by Rural Design Architects