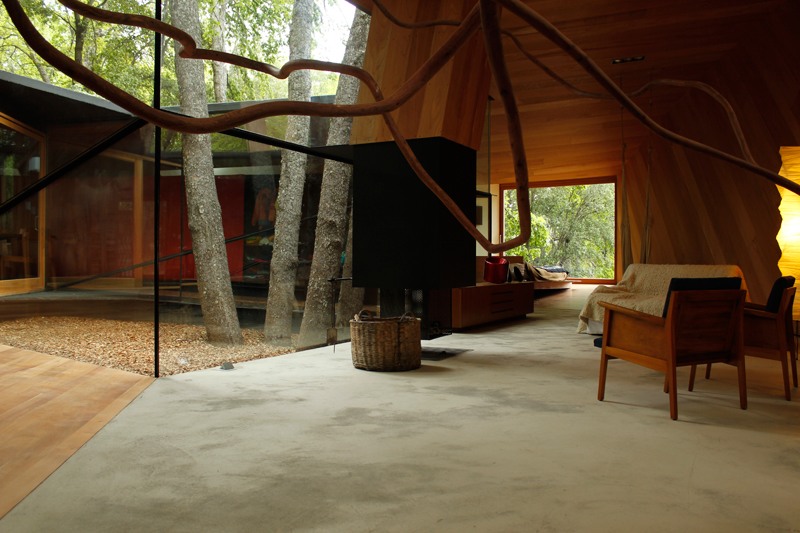 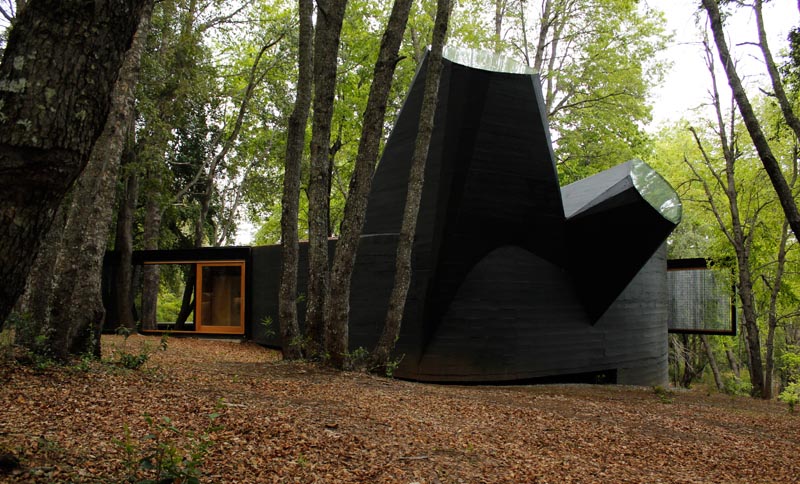 This unusual house in the forests of Vilches, Chile was designed by world-renowned Chilean architect Smiljan Radic, who was recently commissioned to design the London Sepertine’s 2014 Summer Pavillion, and was also one of a group of architects selected to design a series of architecturally bold bus stops in an Austrian village. 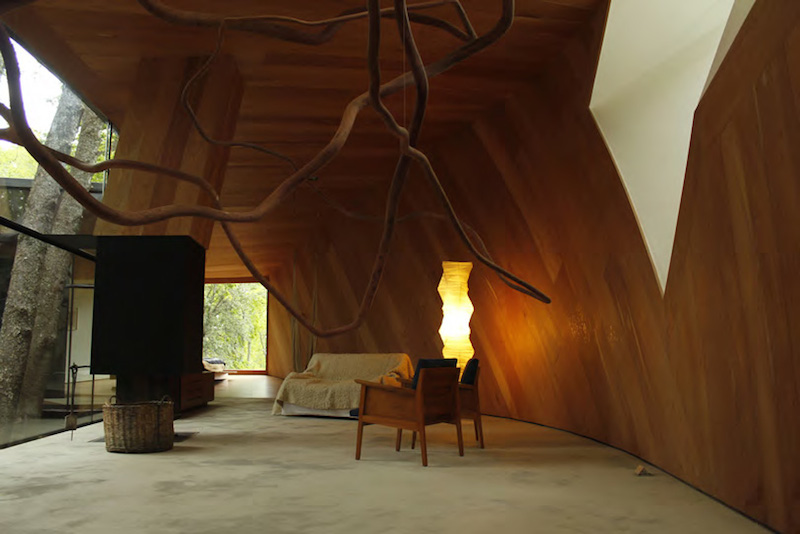 The design was apparently based on a poem and there is certainly something quite mystical about this dwelling. The black surface, unorthodox composition, and absence of windows on a lot of the facades create an air of mystery, while truncated cones jutting out from the roof offer narrow viewing portals into the canopy of the surrounding trees. 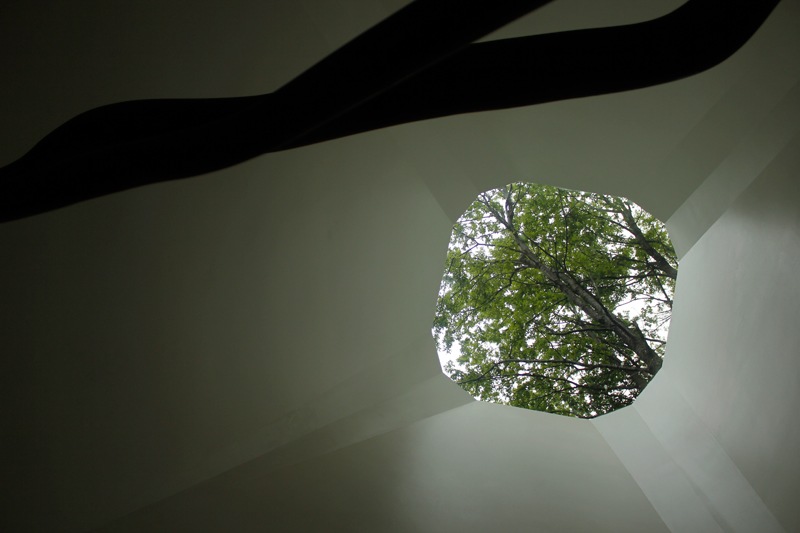 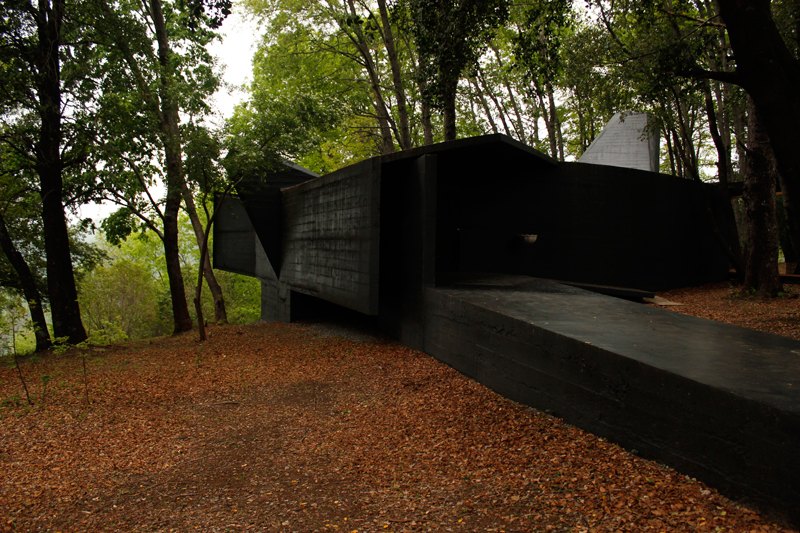 ‘House for the Poem of the Right Angle’ is a bizarre structure and probably not one I’d chose to live in on a permanent basis. However I think it would make for a great weekend retreat to instil a distinctly different state of mind, (that is if I had the means to have two houses of course).

“From luxurious villas that cling to the cliffs of the Chilean coast, to larger museum and civic centre projects, [Smiljan Radic’s] work contrasts raw geological power with the delicacy of things that feel woven or grown. It is organic, but in way that is as awkward and brutish as it is sumptuous and refined. It is touchy feely – but you might get scratched.” – The Guardian 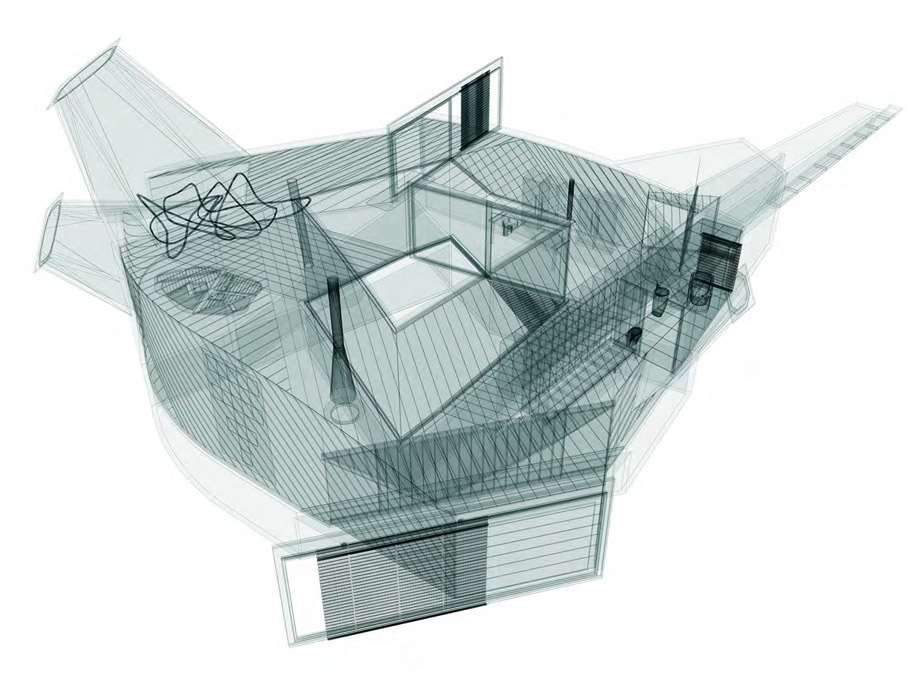 There is a vast contrast in light levels throughout ‘House for the Poem of the Right Angle’ with some areas seemingly devoid of windows. Less daring architects try to avoid creating dark areas within their houses, but these deep recesses of a dwelling can instil a unique sense of sanctuary. This idea appears to have also been applied to the linear corridor in Niseko House by Florian Busch Architects, which seems startlingly enclosed with just a full-wall window at the far end of the elongated space. 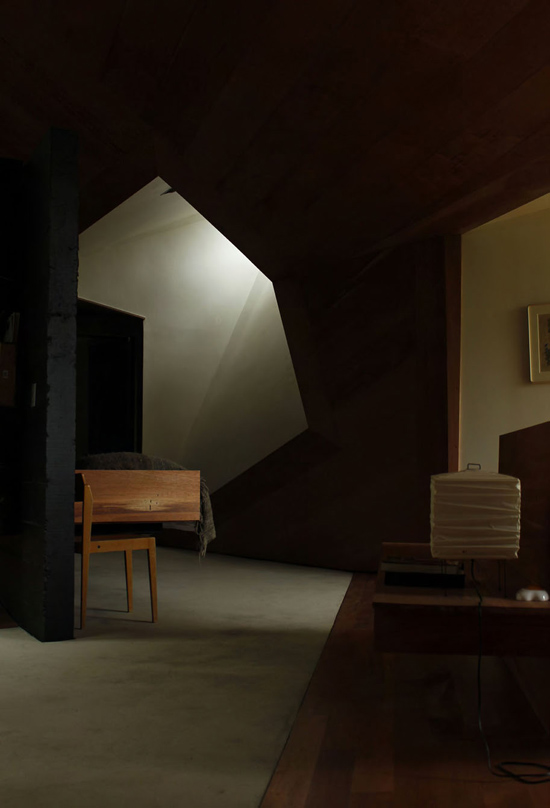 “I find contemporary architecture gives too much attention to the surface and the visual sense. I’m more interested in the ability of architecture to create an ambience, to give the air a certain quality, with noise, pasty light, suspended dust or an unusual temperature.” – Smiljan Radic

The dark recesses in both Niseko House and ‘House for the Poem of the Right Angle’ make the apertures at the end of these dim spaces all the more prominent and these unusually limited windows allow for a play of light rays which vary throughout the day. 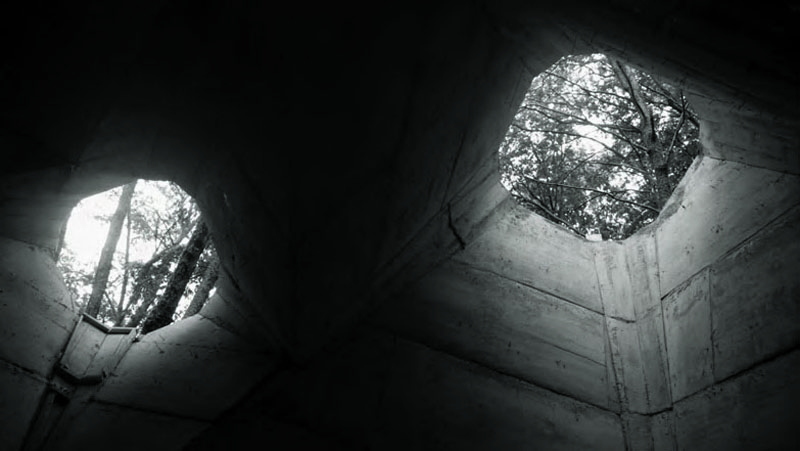 At the heart of the living space, you’ll find a fully glazed courtyard which contains several fully grown trees and the trees theme seems to have been continued with a tangled root-like sculpture which emanates from the ceiling.