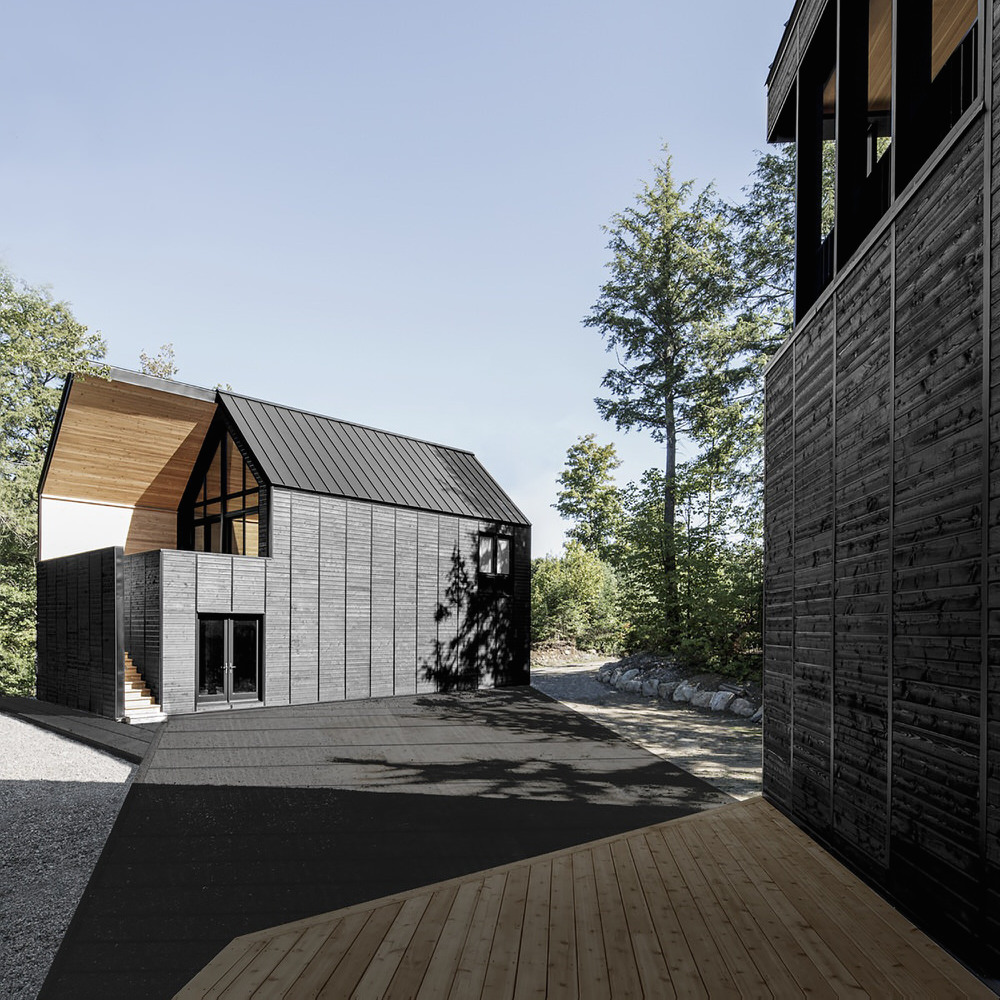 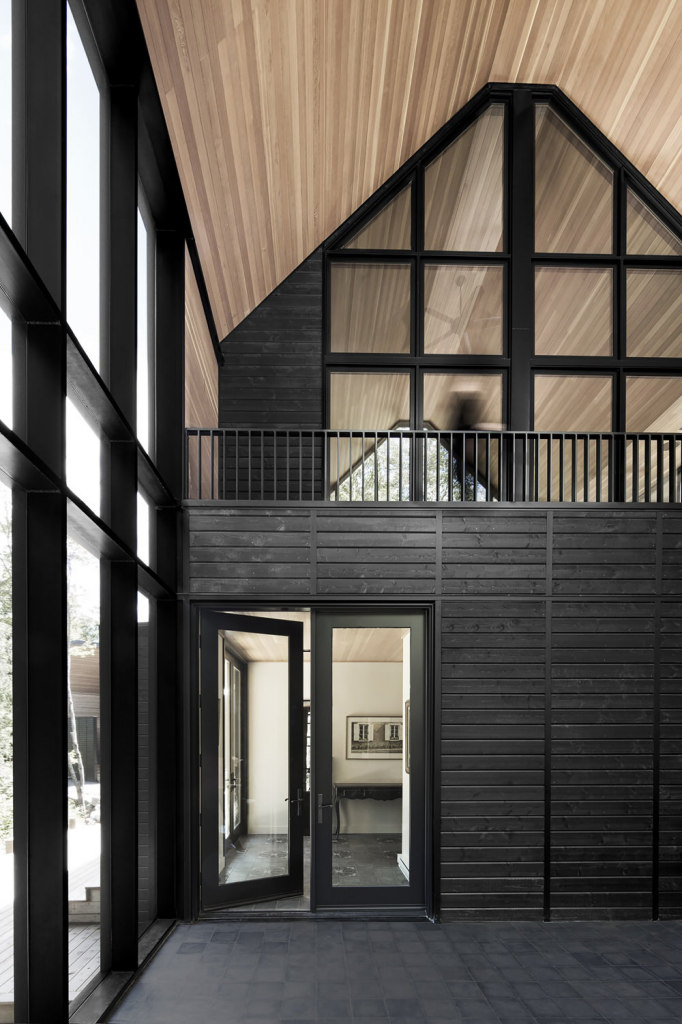 The Les Marais site in Quebec, Canada is composed of three structures, the smallest of which is used for storage while the largest comprises the main house for the family. There’s also a medium-sized separate building for the children (which will perhaps become an annexe for the parents in a few decades time) that is essentially a scaled down version of the main house with the same pitched roof and gables. 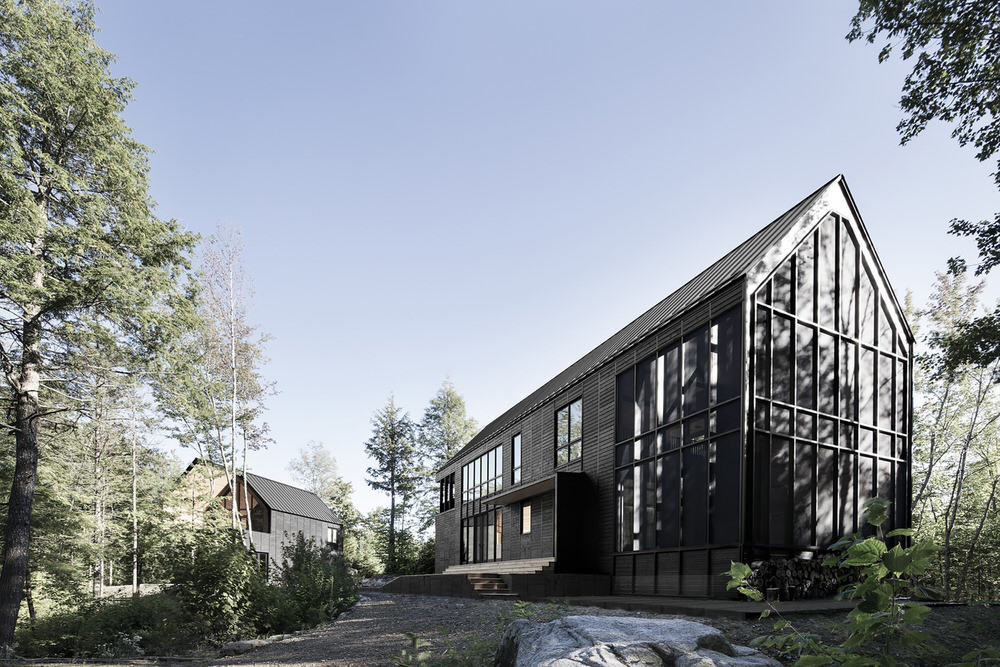 All three buildings are clad in Red Cedar that has received a blackened finish which gives the structures a distinctly modern feel despite their somewhat traditional forms; they are essentially barns with pitched roofs, archetypal gables and a timber construction. Les Marais presents an evolution of the vernacular rural dwelling of North America and the buildings don’t shy away from their timber heritage with many of their structural frames’ criss-crossing beams exposed inside and out. 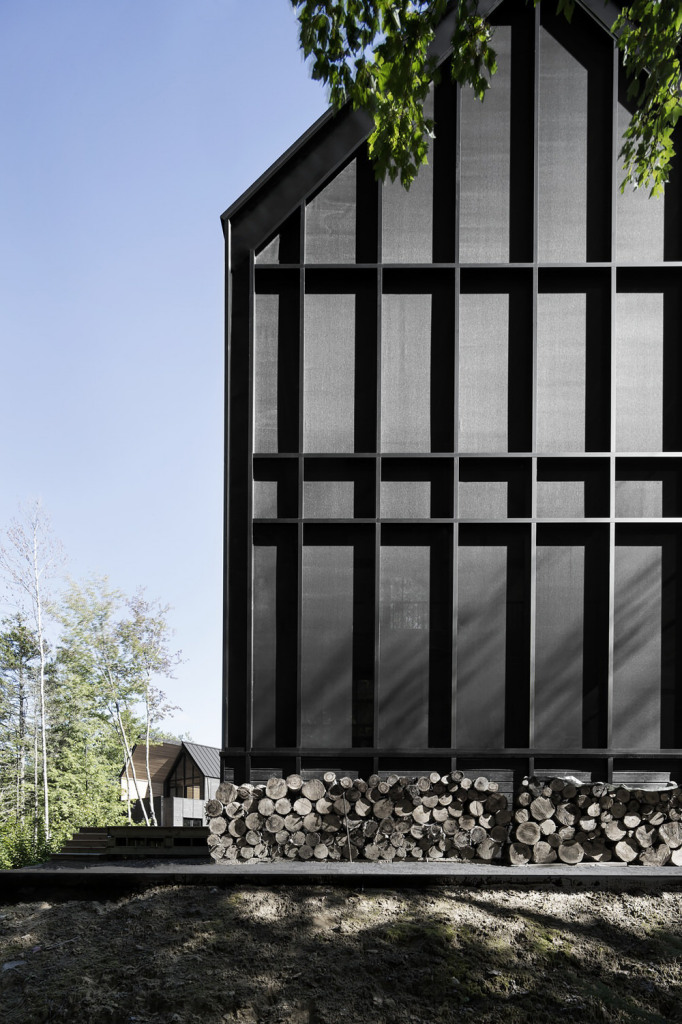 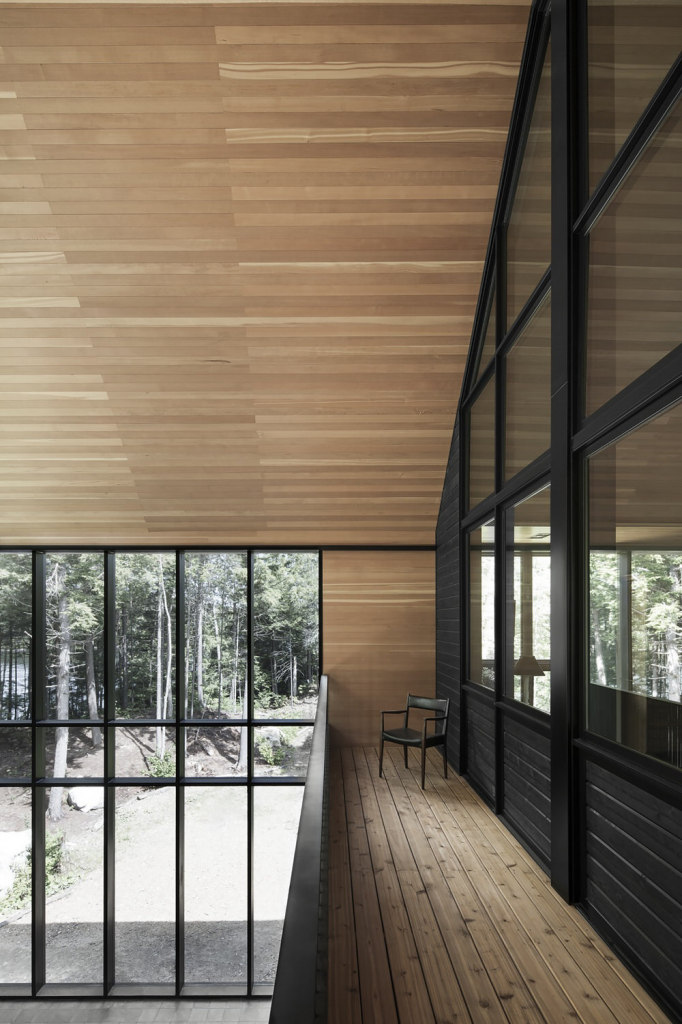 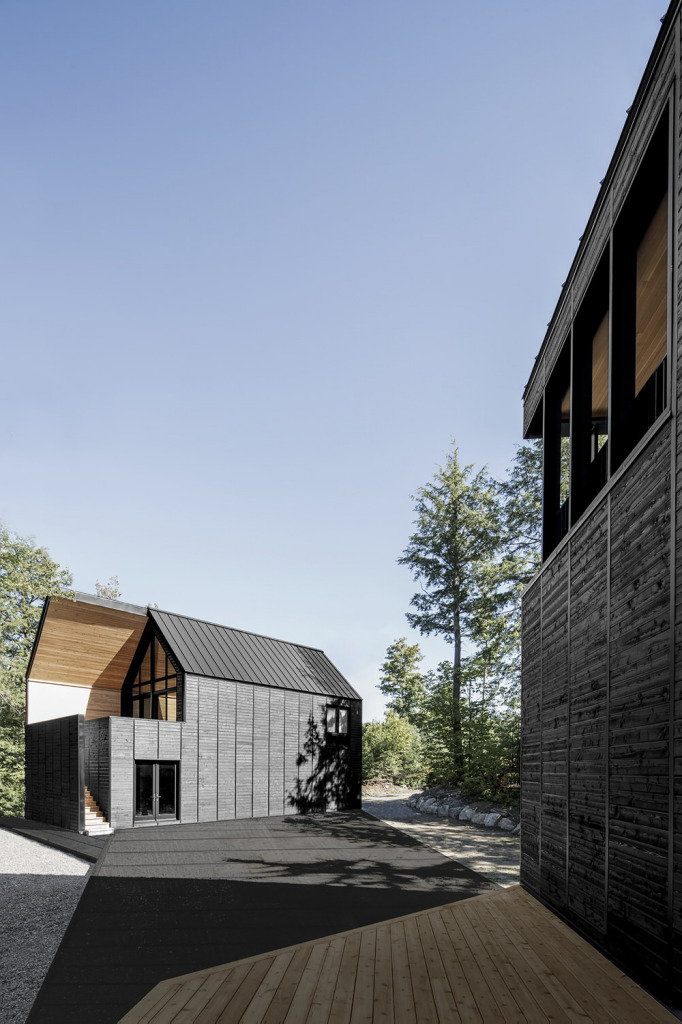 Les Marais (translated: The Marshes) does depart from the rigid form of the traditional pitched roof in one instance with a unique cut away roof balcony, wherein one half of the triangular gable is removed presenting an expansive semi-sheltered space. However the pentagonal gable shape is frequently reinforced throughout the project with several full-wall windows on the end-walls, that are again punctuated by criss-crossing timber beams to heighten the effect. 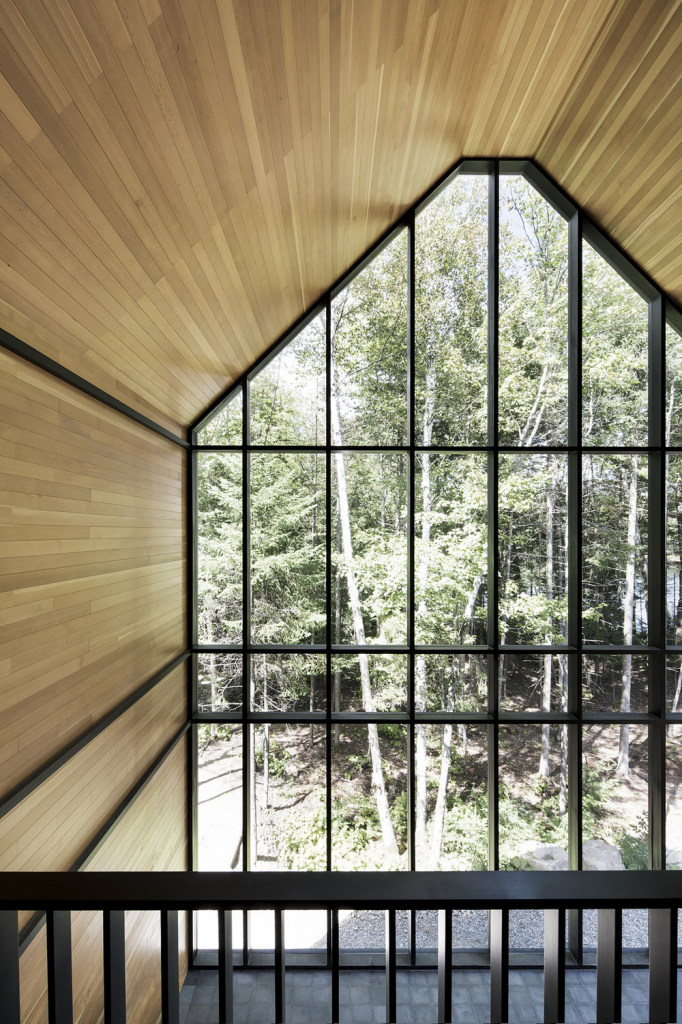 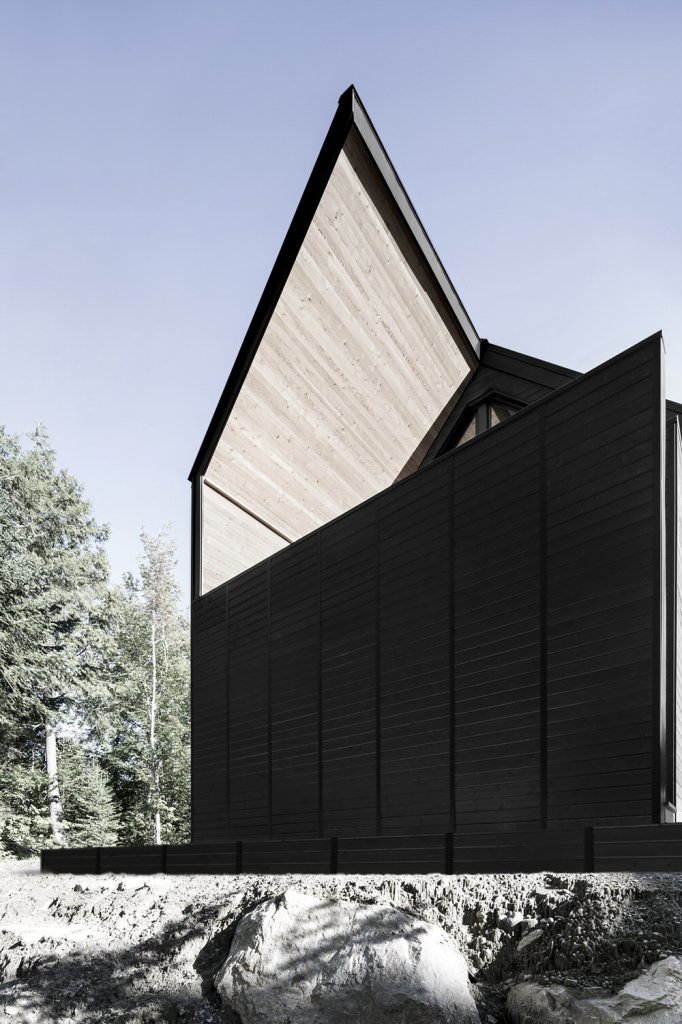 Les Marais is the work of Alain Carle, an architect who seems to have a tendency towards designing black houses, as is evident in Screen House and much of the rest of his residential portfolio. The use of black exteriors sets the structures in stark contrast with their surroundings, emphasising their compositions as silhouettes. 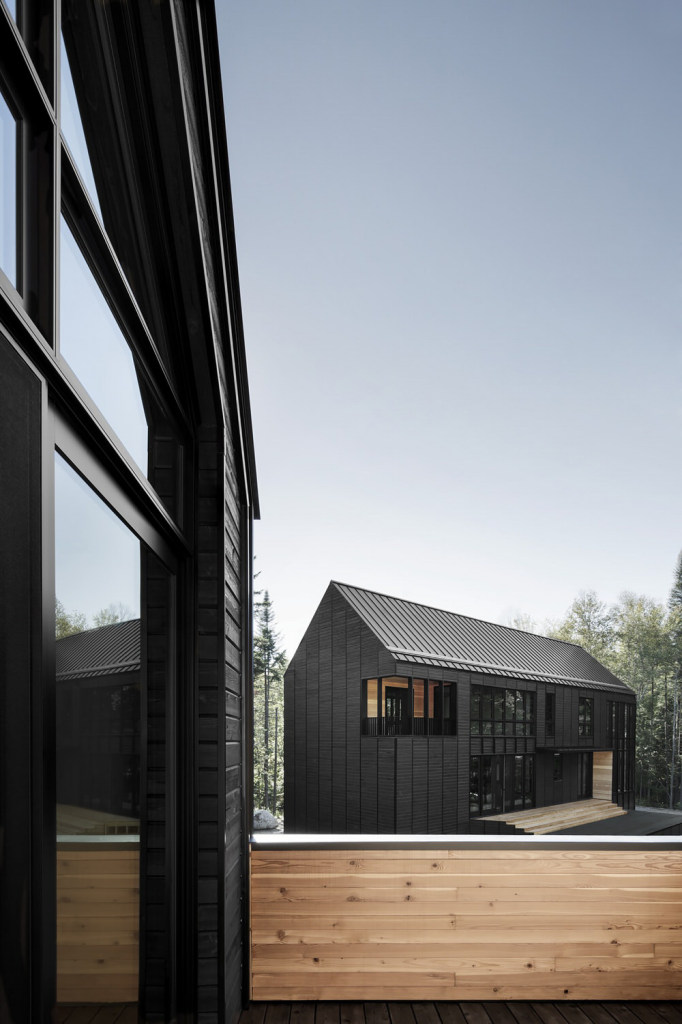 The “Les Marais” project begins with a fascination for the built landscape of the empty space that characterizes North American rural areas, often consisting of large flat expanses studded with groups of buildings. Apart from a stylistic interest in these abandoned barns, which have often lost their original programmatic aspect to become silhouettes “distorted” by the absence of use, they inspire me with two perceptual problems. The first concerns the relativization of scale.

Difficult to define, the dimensions of these buildings, sometimes windowless and isolated in a crop field, thus evokes an identity quality of our territory: a territory of vast expanse often out of scale for the observer. The second problem arises when these buildings are combined with others. Their often fortuitous arrangement then creates voids that “draw” a sort of transition place between the buildings and the space around them. I see in this the potential for a significant place, an embryonic collective space.Alain Carle 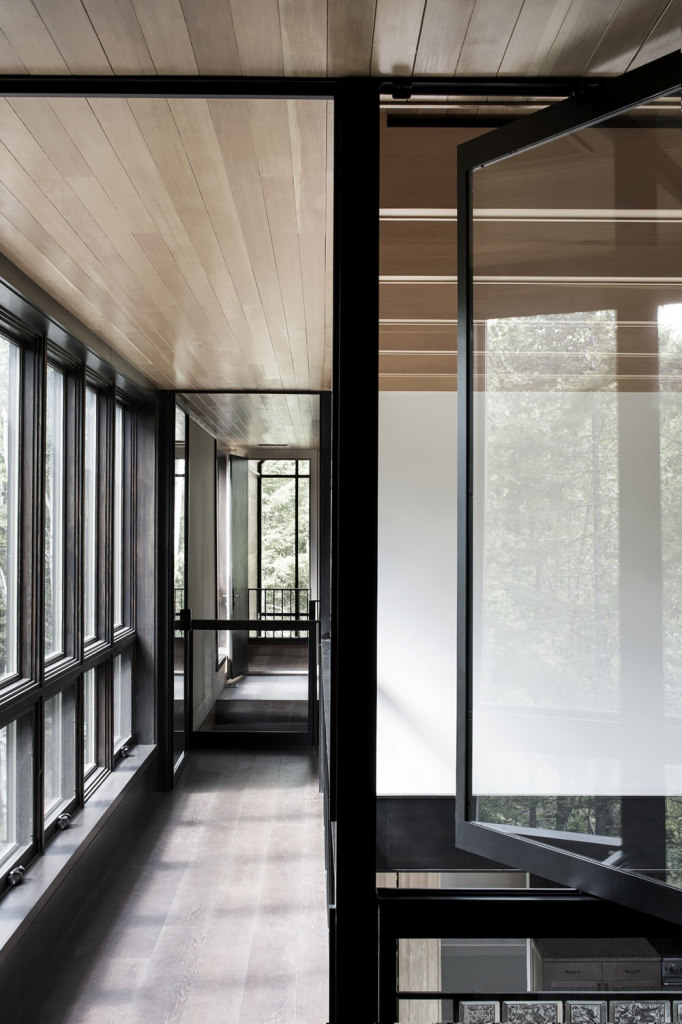 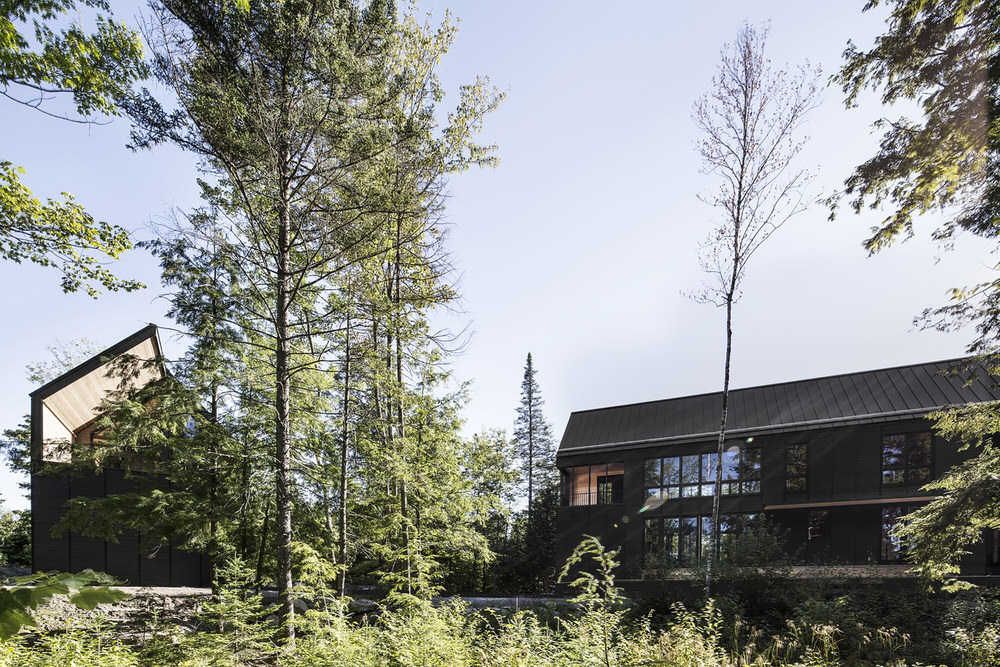