‘Haus über der Gasse’ (House over the Alley) was designed by Koeberl Doeringer Architekten for a backstreet in the German town of Passau, and as its name would suggest, it was built on land which once served as an alleyway. This thoroughfare once connected two busy streets but as time passed, it had since become a redundant void and therefore a viable building plot in a sought after residential area.

In something of an anomaly for Germany’s tendency towards ‘über’ efficient town planning, the surrounding streets and houses have a disorganised layout. This is in part due to the fact that this part of Passau dates back to the 1700s, before stringent town planning practices caused such crushing creative impotence on urban landscapes.

The alley over which this house was built was once a major throughway for the town of Passau’s craftsmen in the busy workshop sector, and it is fitting that traditional crafts and building techniques again played a key role in ‘House over the Alley’. 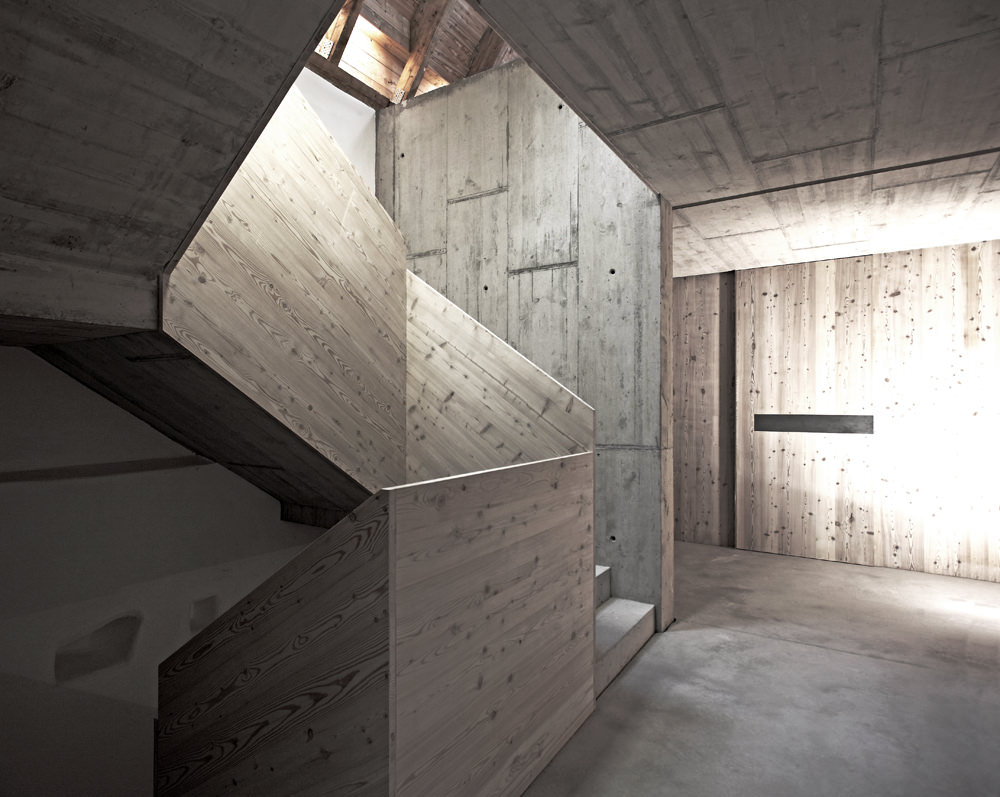 As a result of this historic setting, there were restrictions on the construction of architecturally modern residences, but Koeberl Doeringer Architekten managed to find a balance between progressive building materials, and traditional craft techniques which satisfied Passau’s planning authorities. 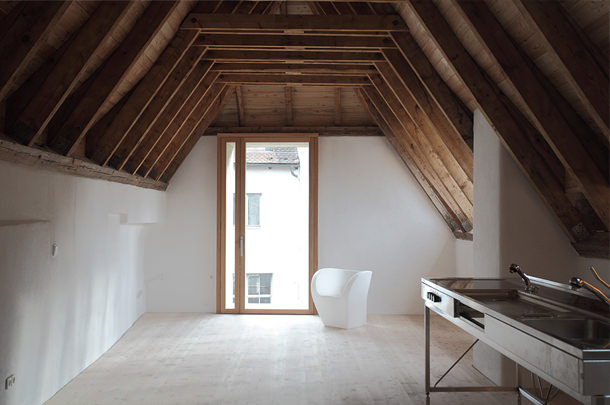 Every step of the project was overseen by the town planners to ensure that the house was in keeping with its surroundings, and ‘House over the Alley’ is a perfect demonstration that traditional and modern approaches to building can balance harmoniously. It is nigh on impossible to deduce the age of the house from pictures alone, nor is it possible to tell whether it’s a renovation or indeed a new build, so it would appear as though they did a pretty good job of blending these opposing schools of thought. 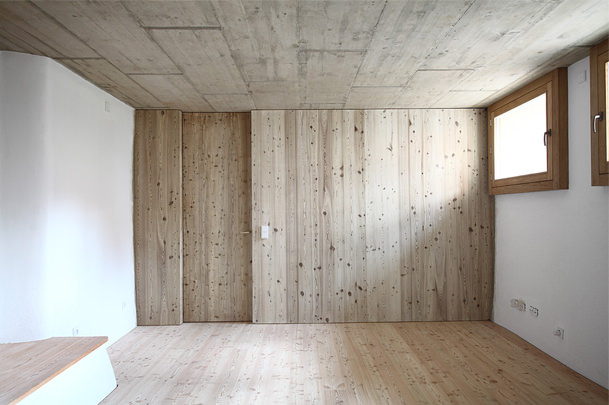 ‘House over the Alley’ by no means stands out from the adjacent dwellings in terms of its architectural persona, yet it certainly bears a modern edginess which its neighbours are lacking. 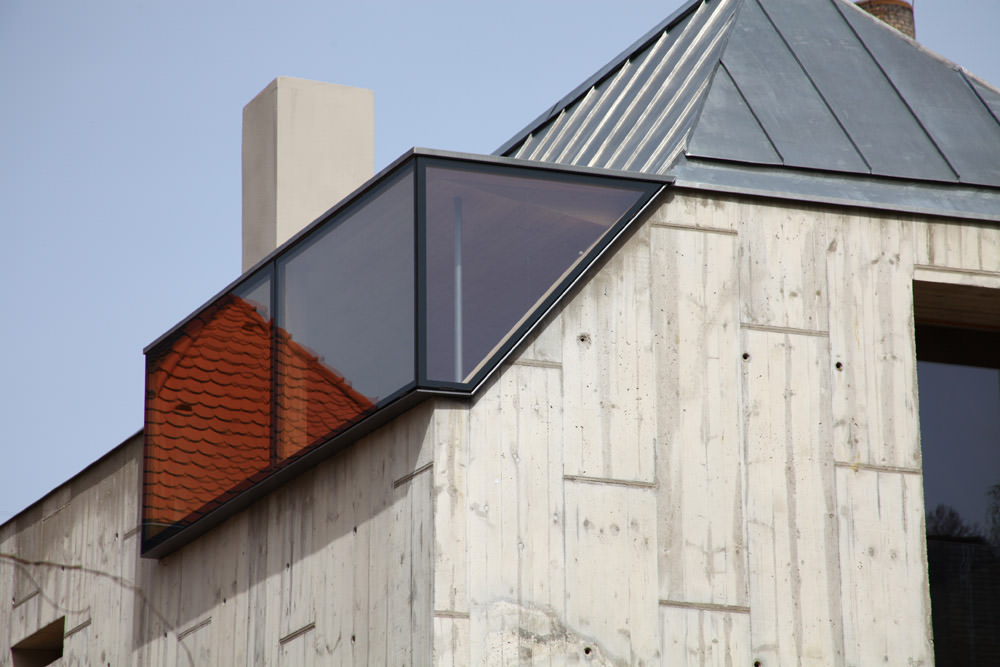 Koeberl Doeringer Architekten have essentially built a residence with a traditional composition out of modern building materials. ‘House over the Alley’ fits into the skyline with a pitched roof profile, yet the terracotta roof tiles of its neighbours have been replaced with a standing-seam metal roof. Likewise the ubiquitous rendered plaster of the ‘Old Town’ has been substituted for exposed concrete panels, but luckily no compromises were made when it came to the wooden beams of the upper levels which are utterly resplendent. 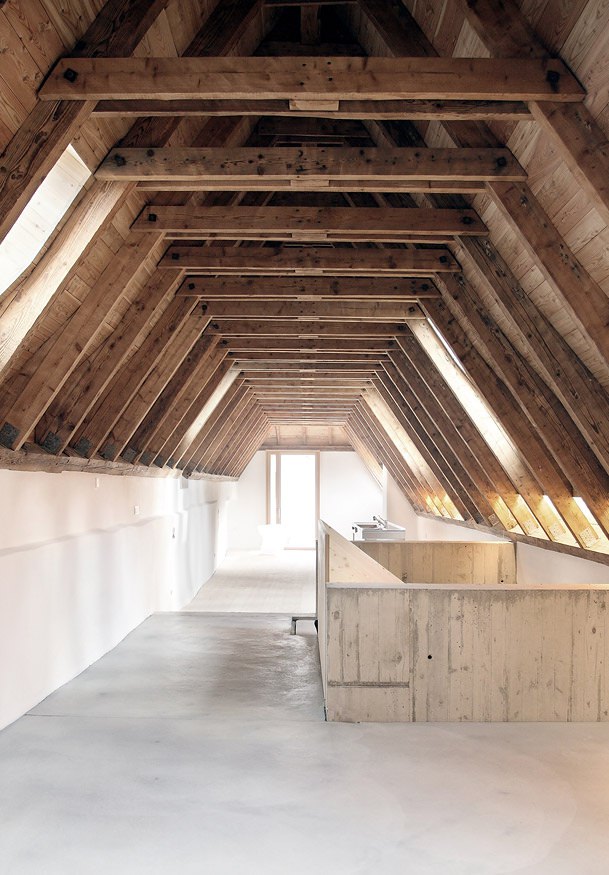