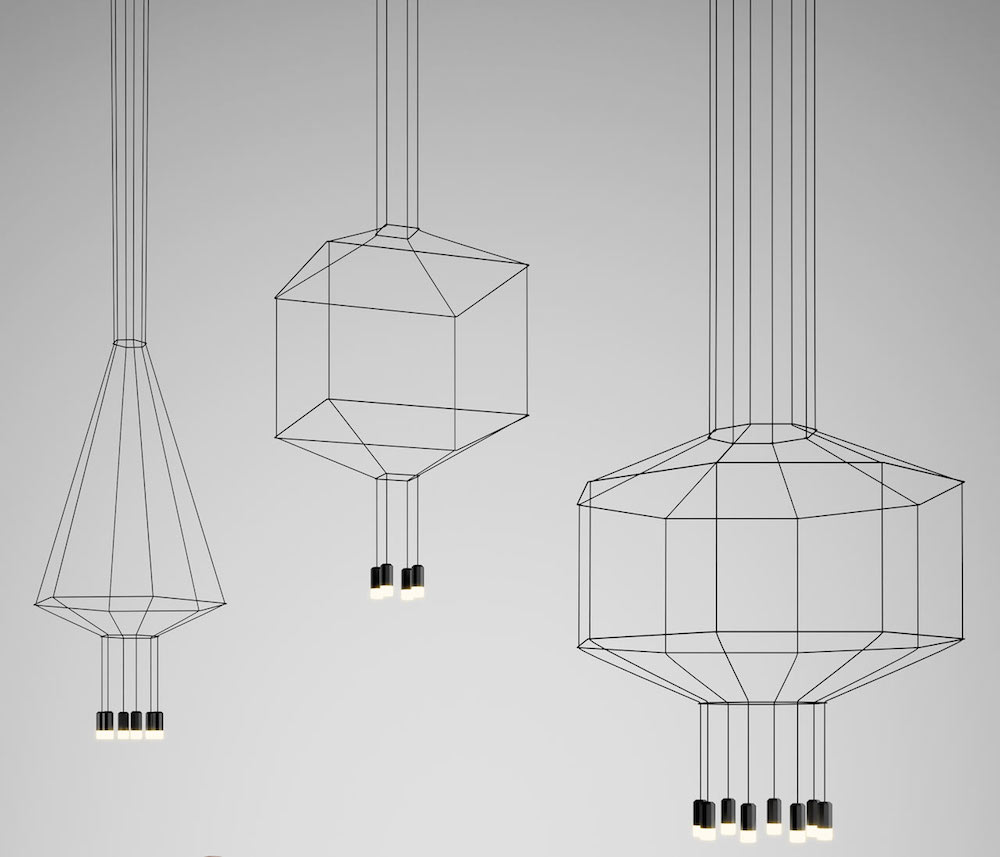 In WIREFLOW, Arik Levy explores the concepts of absence, luminosity, transparency and fluidity through a series of minimalistic lights which resemble line drawings. He designed this geometric range for VIBIA who currently produce the lights and also give customers the option to design their own configurations. The installations that Arik Levy conceived can be comfortably split into two distinct groups: a series of 3 dimensional pendant lights, and a selection of simpler flat 2D lighting arrays. However even the 3D shapes resemble inline 2D sculptures when looked at from a fixed viewpoint. It is only when you move around these WIREFLOW light sculptures that it becomes apparent that they are indeed 3 dimensional frameworks. WIREFLOW makes use of multiple 3W LED lights, making them remarkably low energy when compared to standard 60W bulbs. Even when 10 lights are used in a single installation, it still uses just have the power of a single conventional light bulb. These LED lights are accompanied by pressed glass diffusers to ensure these lights cast a warm, even glow. The vertical and diagonal lines are composed of thin electrical wire while the horizontal sections are made of black metal rods that closely resemble the wire. These rigid horizontal braces give WIREFLOW lights their shape as the flexible vertical lines are held straight simply under the light’s own gravitational tension. This close-up photograph shows how this all fits together with some spacing pegs. In this video from Designboom, Arik Levy speaks briefly about the project and shows one of his lights in person. The designer describes WIREFLOW as ‘sculptures in space’ and takes pride in knowing that his lighting series is both sculptural and functional — a balance not often reached in the more outlandish lighting designs. He also points out that WIREFLOW suspended lighting ‘doesn’t invade your space’ — despite the installation’s relatively large size — due to the fact that a vast majority of the light’s volume is void.