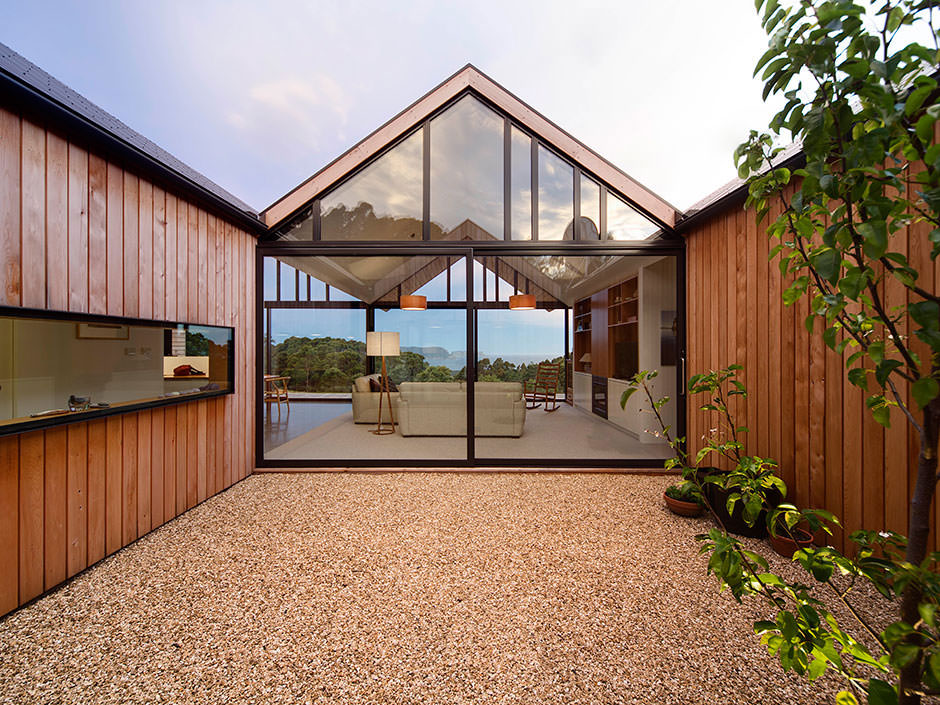 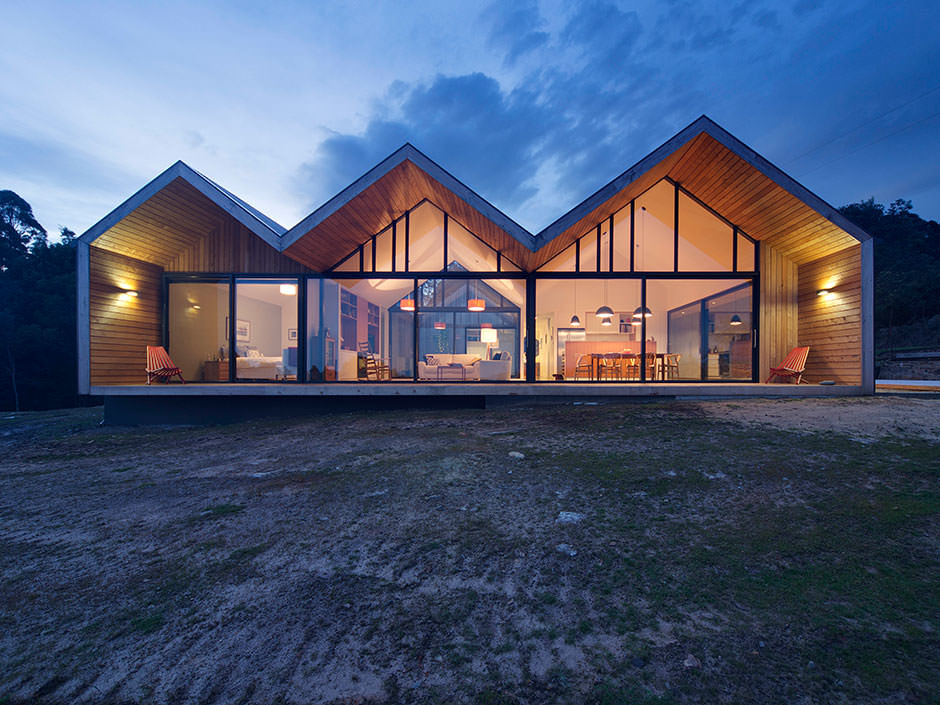 Situated on the south coast of Tasmania, Australia, overlooking the exponentially smaller Tasman Island and the Southern Ocean beyond, this dwelling bears a zigzagging profile with three gable roofs spanning the stucture. The parallel line of each trough — and a change in flooring material — marks the boundary between different space usages. The larger volume is designated for kitchen and dining, the middle for living spaces, and the smaller for sleeping. However given the largely open plan nature of the internal space, these distinctions remain relatively subtle when inside. 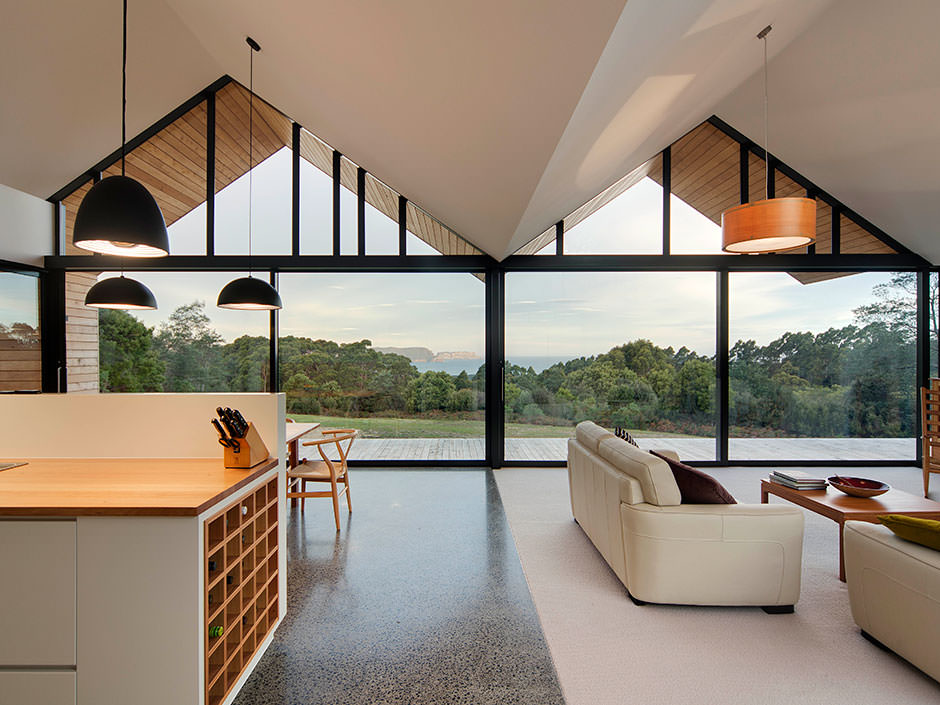 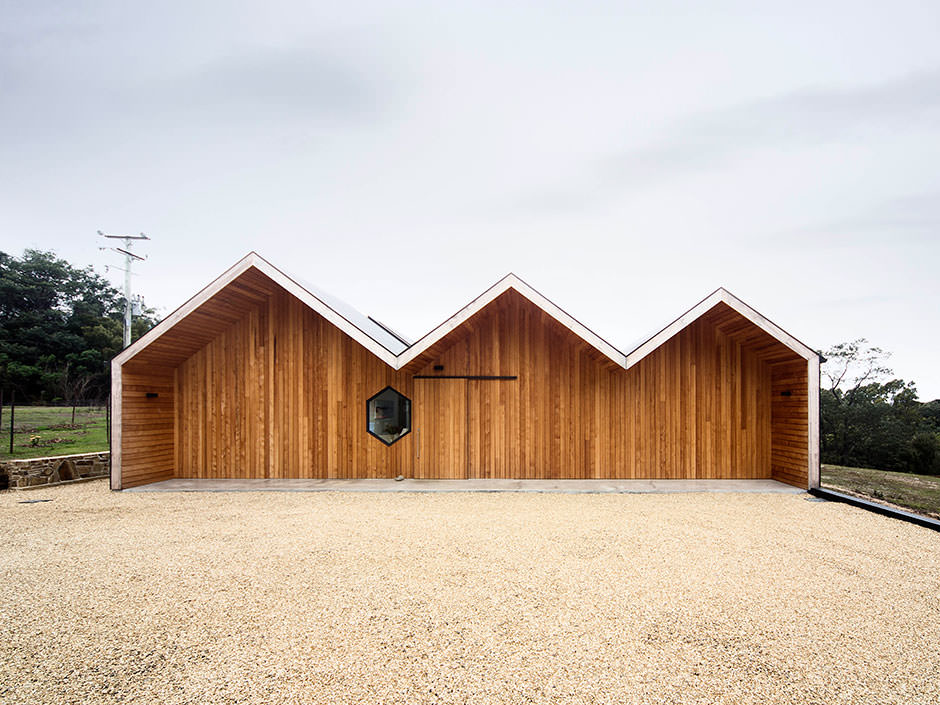 An unusual hexagonal window pierces the otherwise solid front facade, while the opposing side with its coastal reach is entirely glazed. When entering the virtually invisible front door, the occupant is met with a relatively narrow corridor and a glazed courtyard in front (as the floor plan below indicates). 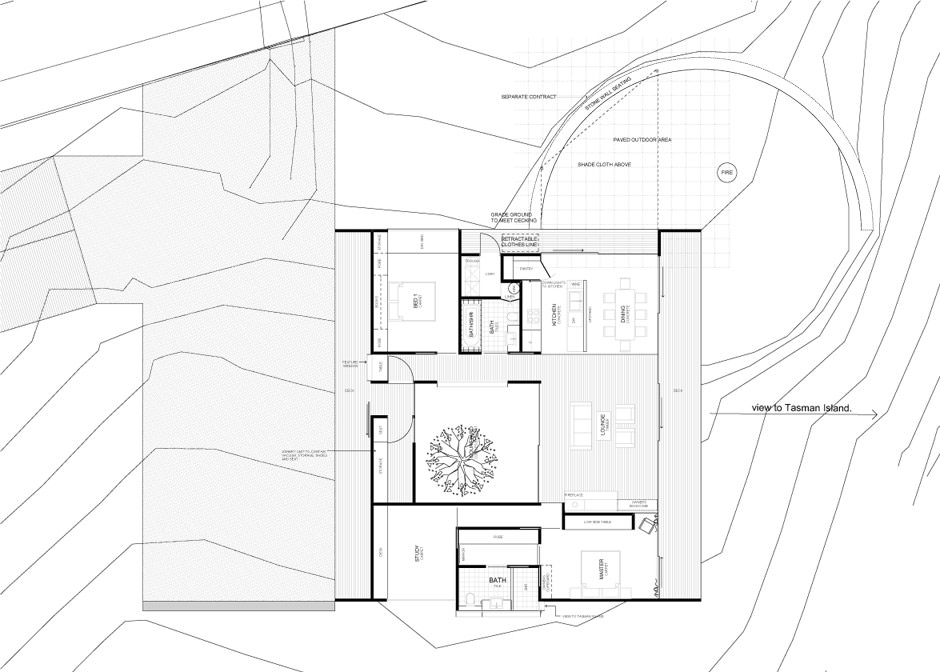 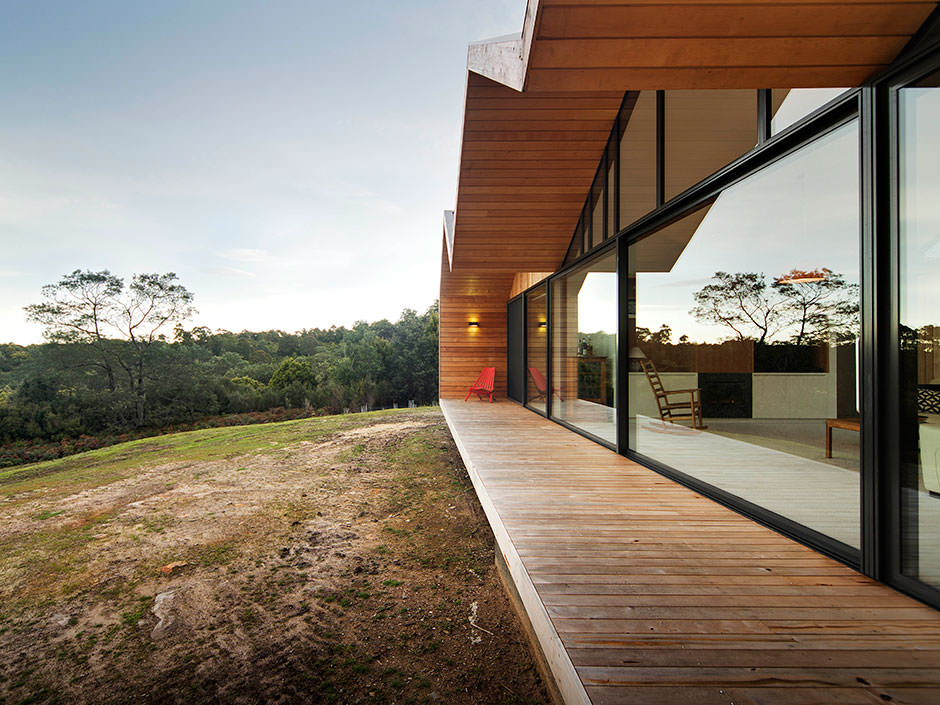 Lookout House’s exterior is covered with corrugated metal, a material more typically found cladding farm buildings such as barns. However it is of course also a remarkably cost-effective and utilitarian choice which is entirely appropriate in modern architecture that hopes to blend with its rural vernacular. We’ve seen corrugated metal on a previous project also in rural Australia: Pump House by Brand Studio Architects. 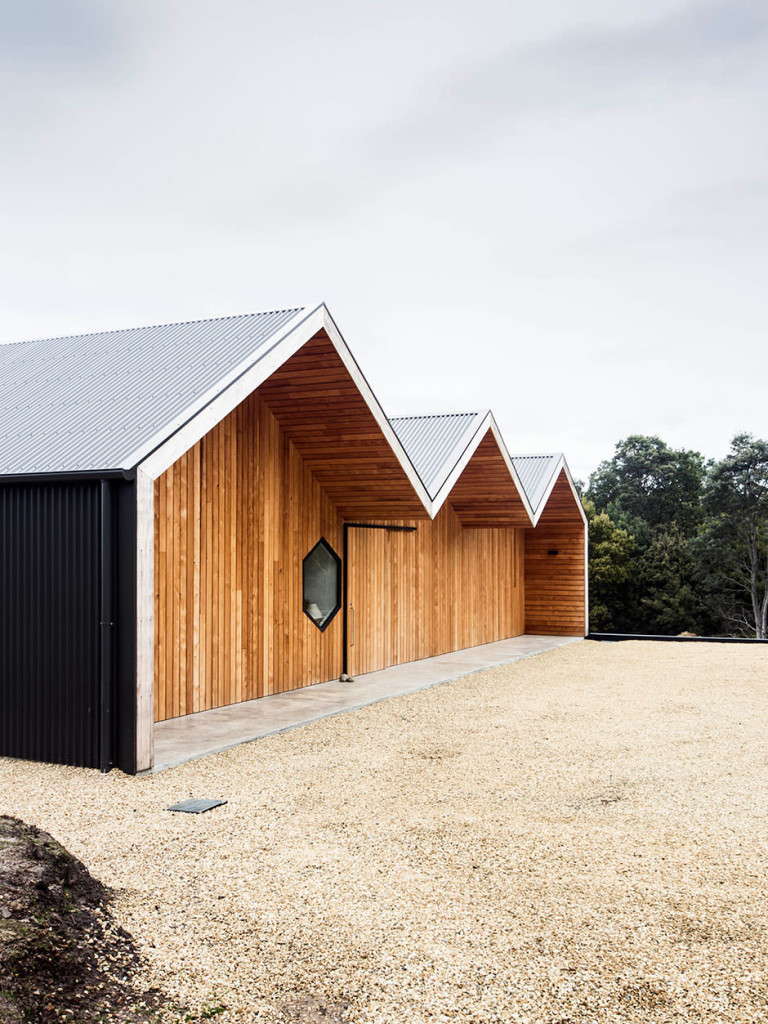 Positioned on a previously cleared site with views towards Tasman Island and the Southern Ocean beyond, this project takes the farmhouse typology and transforms it into a hybrid courtyard house.Room 11 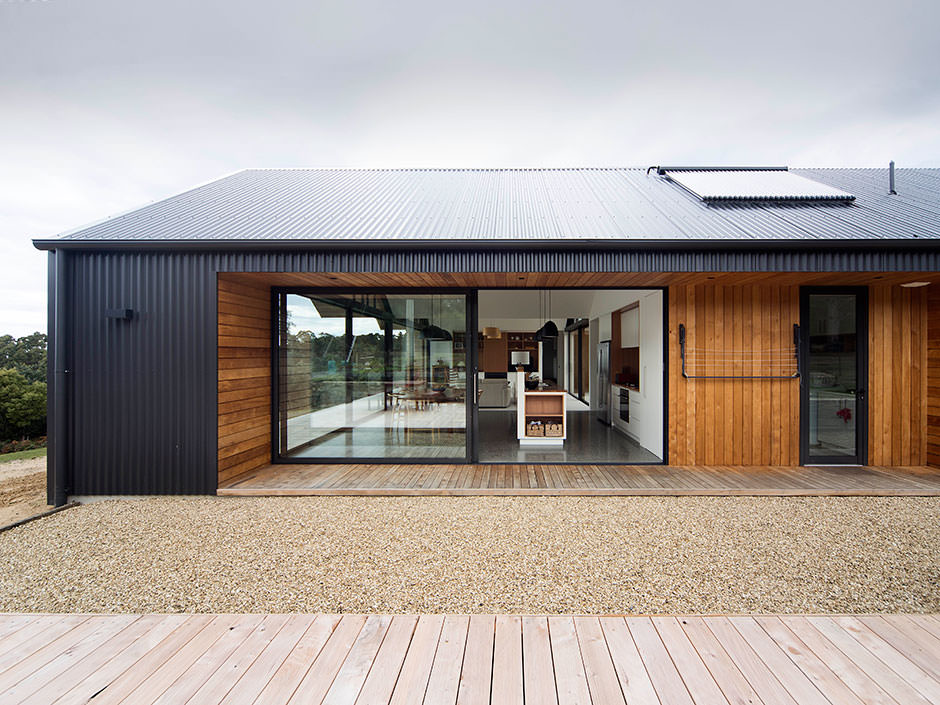 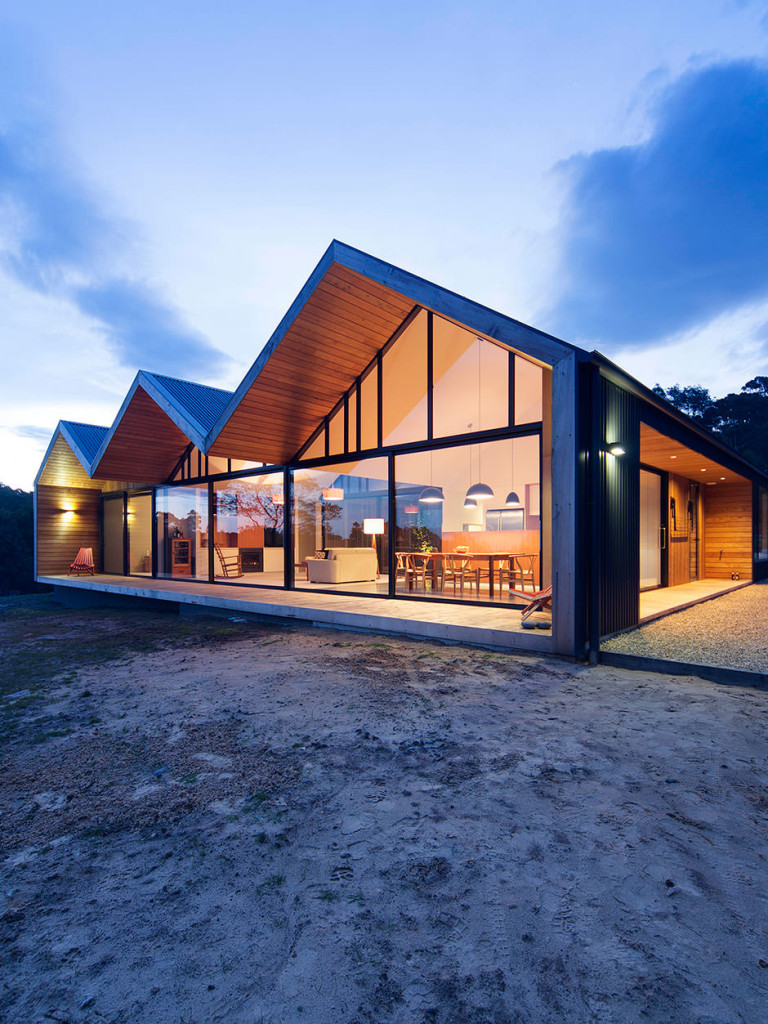