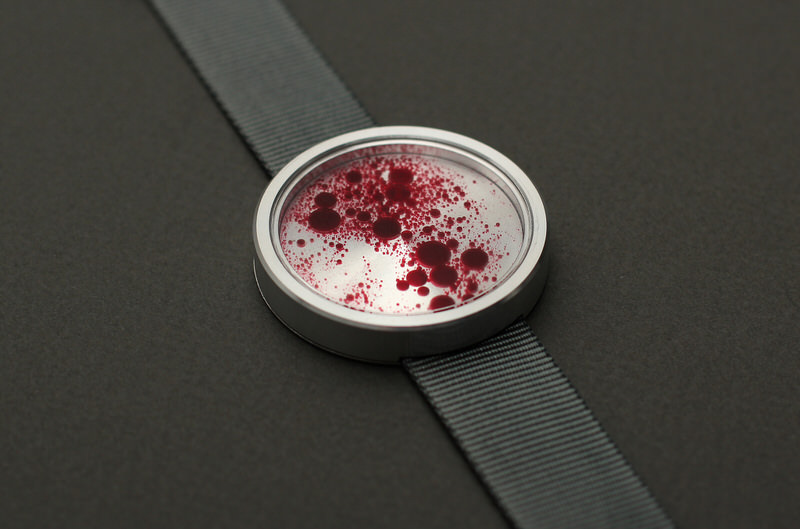 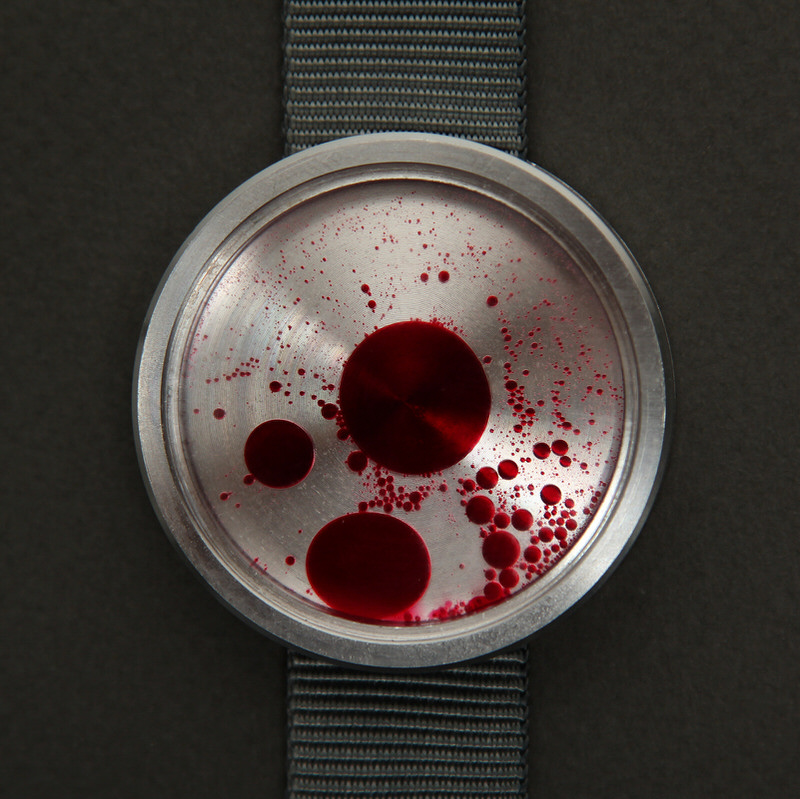 Lars Marcus Vedeler and Theo Zmudio-Tverterås, whom together comprise the Norwegian design agency Skrekkøgle, created this low-tech wearable activity monitor concept which serves to visually represent recent physical activity. The watch-like device contains two immiscible liquids — one clear and one coloured — which are incapable of becoming diluted. However when the wearer is active, the coloured fluid will move around and break up, and when the action is particularly vigorous it will develop a spattered appearance. In moments of stillness the coloured droplets will slowly recombine and prompt the wearer to once more take action. 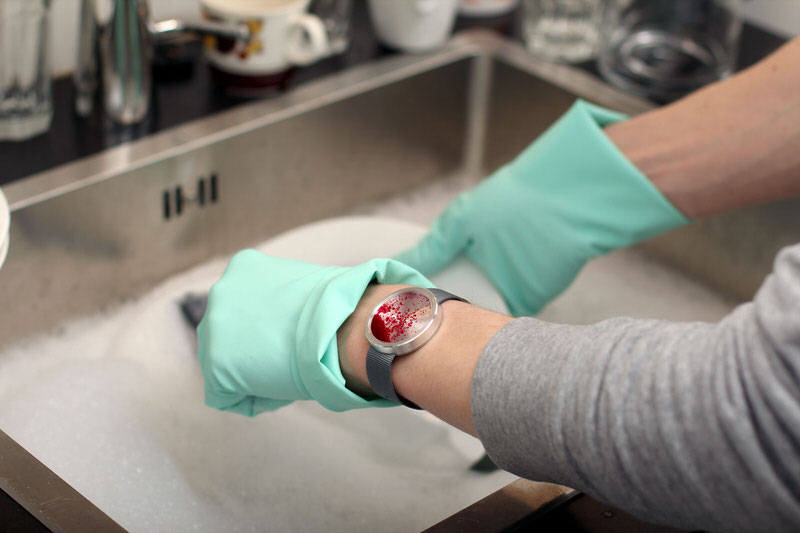 We’ve featured another simple wrist garment in the past on Homeli, also designed by Skrekkøgle, which bore a similar such low-tech approach to wearables. The DURR vibrating bracelet likewise had an emphasis on discouraging long periods of user inactivity, but aimed to accomplish this by periodically buzzing in order to prompt the wearer to consider whether they’re using their time wisely, and in turn to snap out of their current state of procrastination. 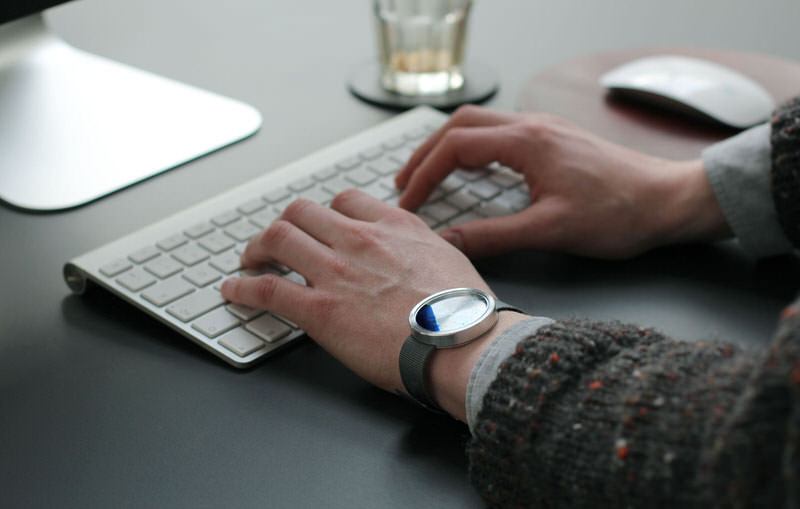 Emulsion perhaps doesn’t quite achieve the same ends as it doesn’t physically notify the wearer to look at it every so often, and periods of stillness don’t necessarily indicate procrastination from study or written work. However Emulsion was designed primarily as an analogue activity tracker and it fulfils this purpose very elegantly. 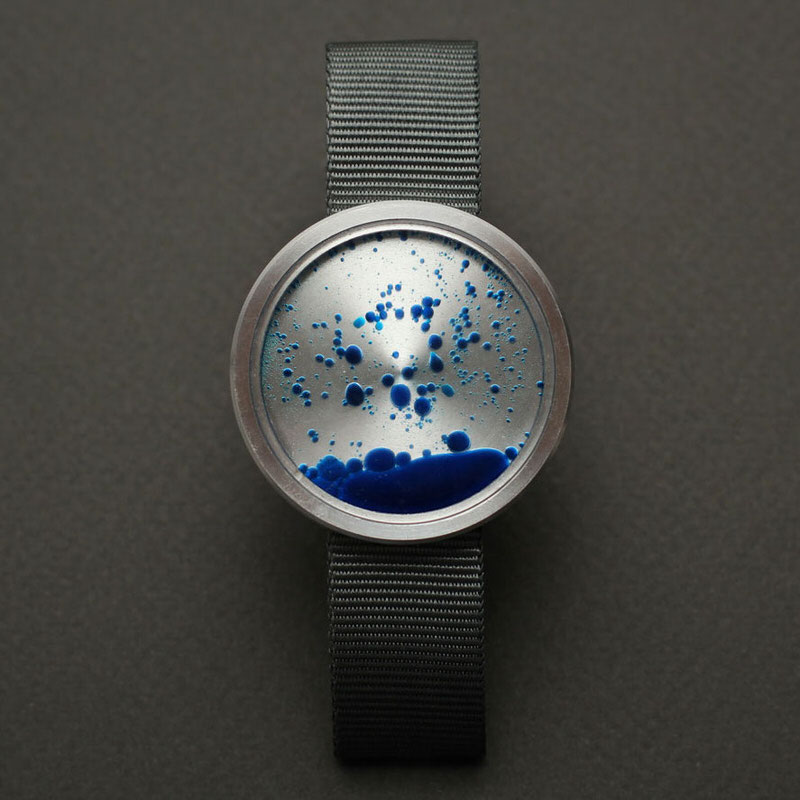 The Emulsion device remains just a prototype but Skrekkøgle were considering producing them if there was interest in the project. Due to the simple nature of the item and the potentially low unit costs, it could in my opinion work well as a crowdfunded product. 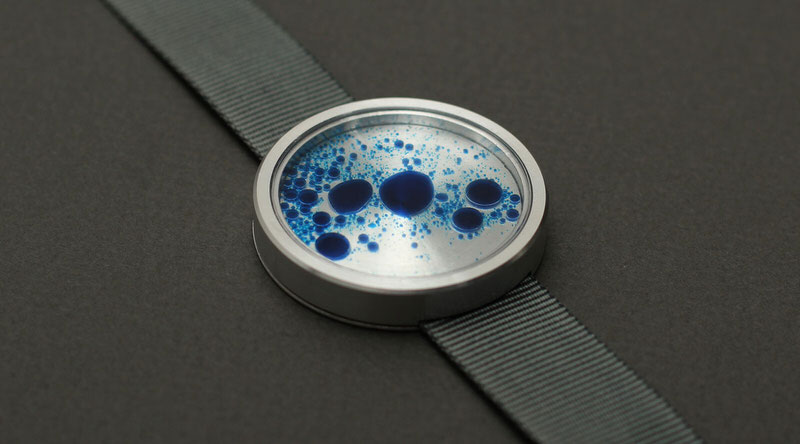