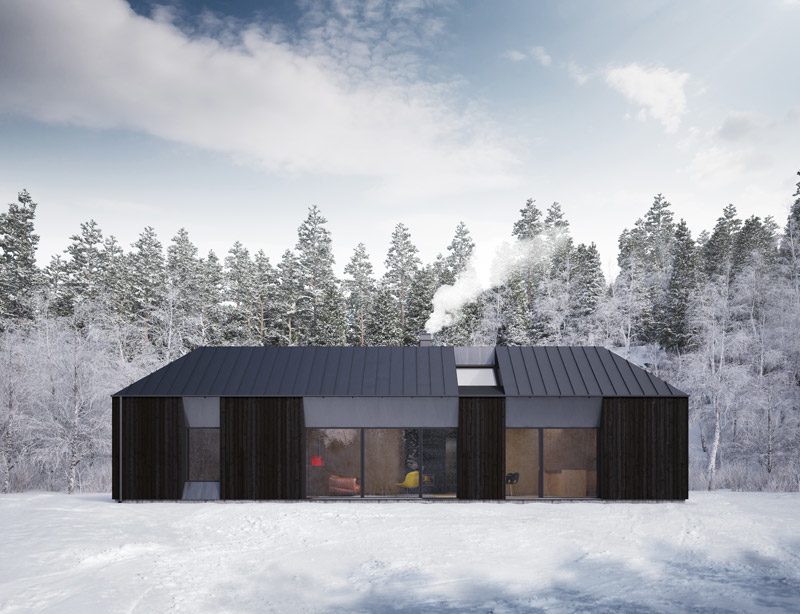 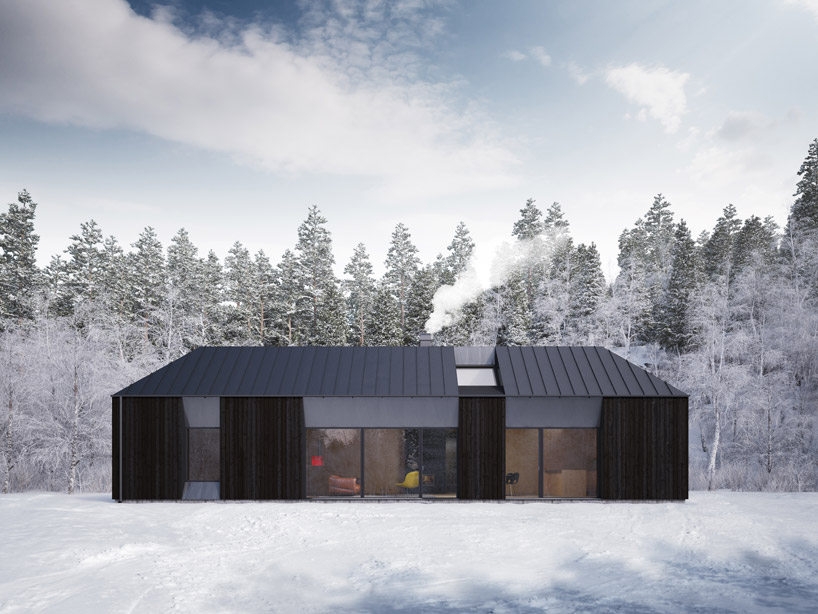 The Tind prefabricated home was developed by the Swedish design group Claesson Koivisto Rune. Tind has an ultra-modern style and sits in staunch opposition to what many have come to expect from prefabricated housing which often tends to be kitsch. Tind houses do have pitched roofs but the tops have been flattened which CSR liken to Scandinavian mountain ranges. ‘Tind’ translates into Norwegian as ‘mountain peak’ and in Scandinavian countries these are often truncated as the tips were shaved off while the glaciers retreated during the last Ice Age. 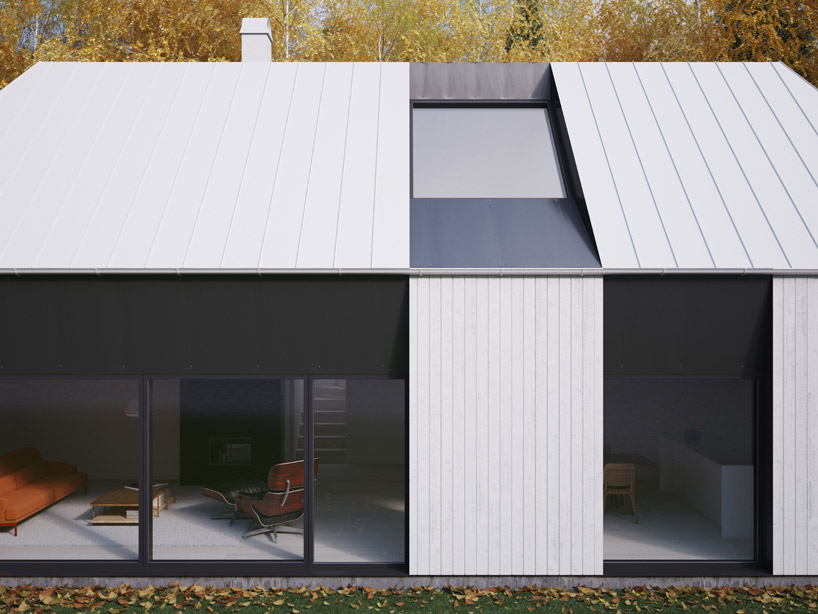 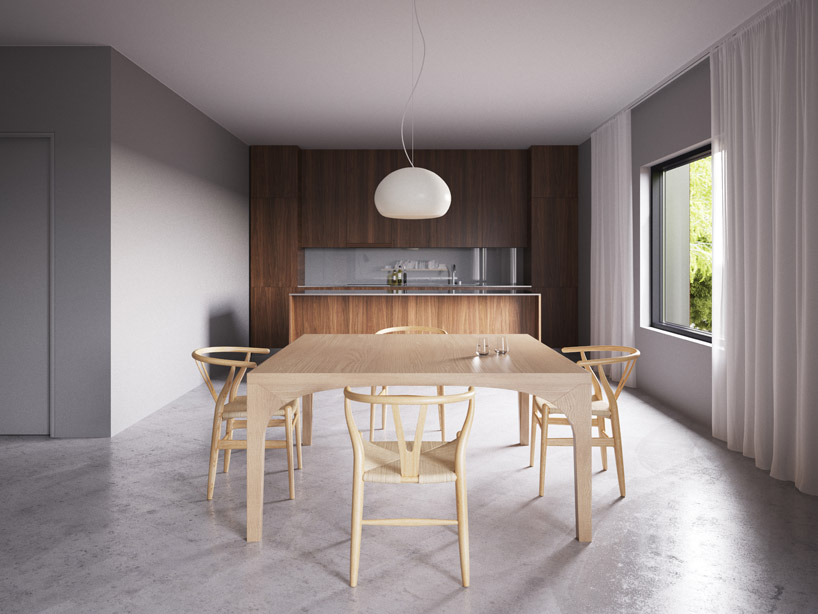 The interior design of the Tind prefab houses is also starkly modern with polished concrete floors and archetypal Scandinavian minimalism in the finishes.

“The prefab/kit house market generally prefers fake historical over contemporary, and it is more than common that an architect has not been involved at all.” – Claesson Koivisto Rune through Dezeen

Tind prefab houses are manufactured by Fiskarhedenvillan and when looking through some of the other prefabricated houses that they offer, Tind certainly stands out amongst the crowd. 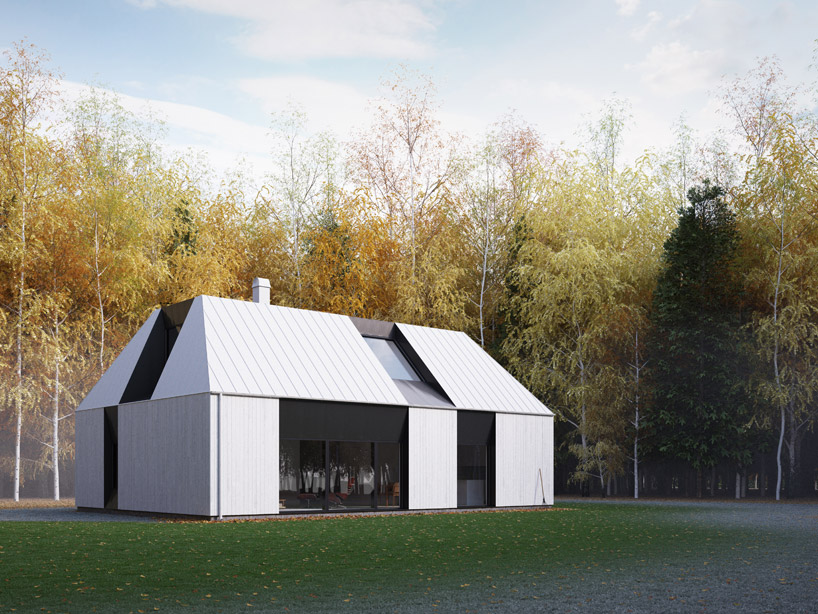 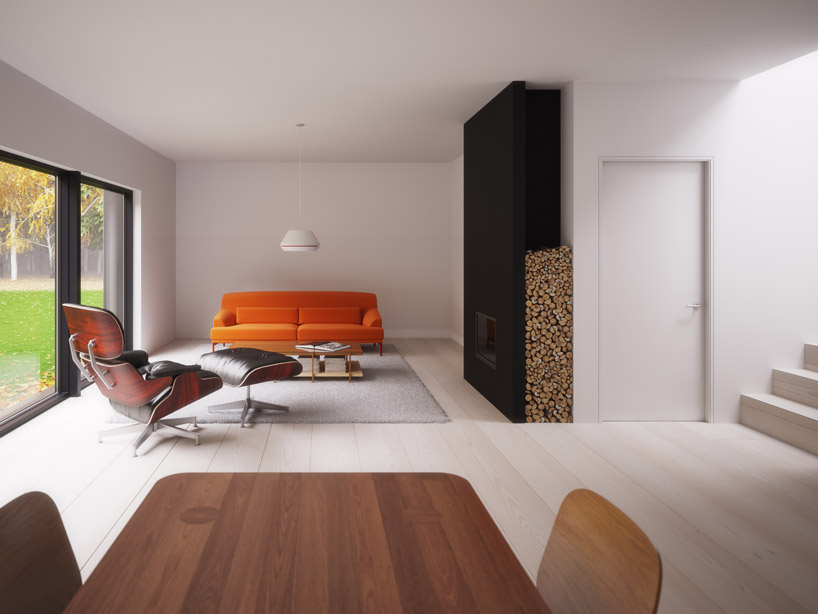 As with a lot of Scandinavian architecture, open plan spaces play a large role in the floor plans. This certainly holds true in Tind prefab houses in which the kitchen, dining and living spaces are all rolled into one room. This gives Tind houses an undeniable sense of spaciousness, something that isn’t typically afforded to prefabricated housing. There are also no obvious panels or joints left visible by the assembly process and as a result it often doesn’t feel like Tind is prefabricated housing at all. 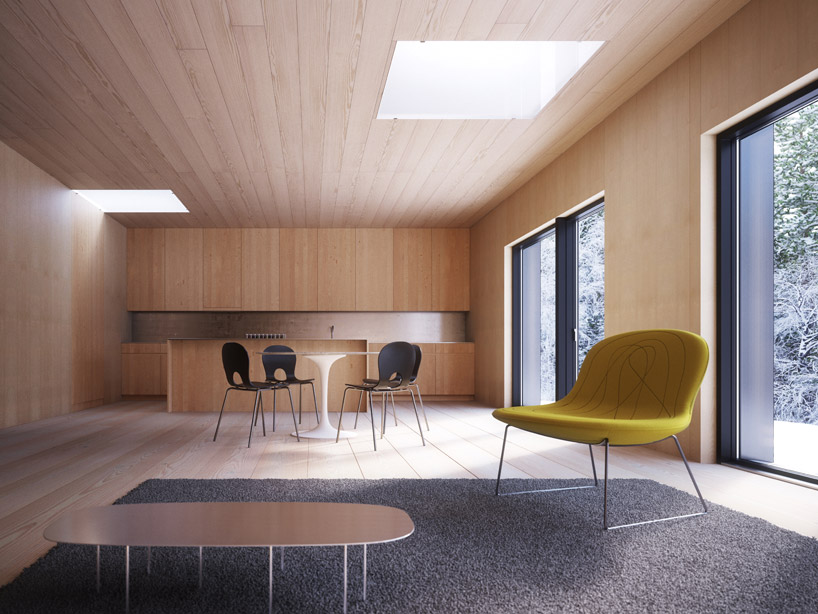 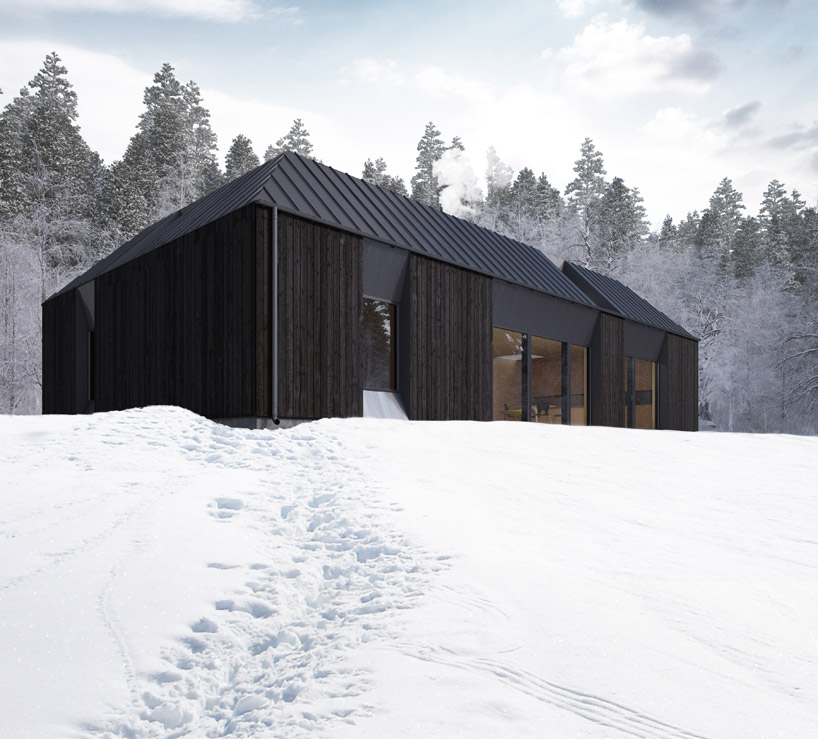 The TIND01 costs 2,900,000 SEK (£267,000 / €323,000 / $444,ooo) which includes construction although prices can vary depending on country and the soil type of the site. This is certainly a lot for a prefabricated home – with Ecospace studios and ÁPH80 dwellings costing between £20,000 and £50,000 – but is still much cheaper than you’d expect to pay for an ultra-modern dwelling with such high quality interior finishes.

You get much more floorspace for your money by opting for the TIND03 as pictured below in red which has three stories for  3,700,000 SEK but I personally prefer the aesthetics of the single story black TIND01 prefabricated houses. These still have ample space as the floor plan at the end of this article illustrates. 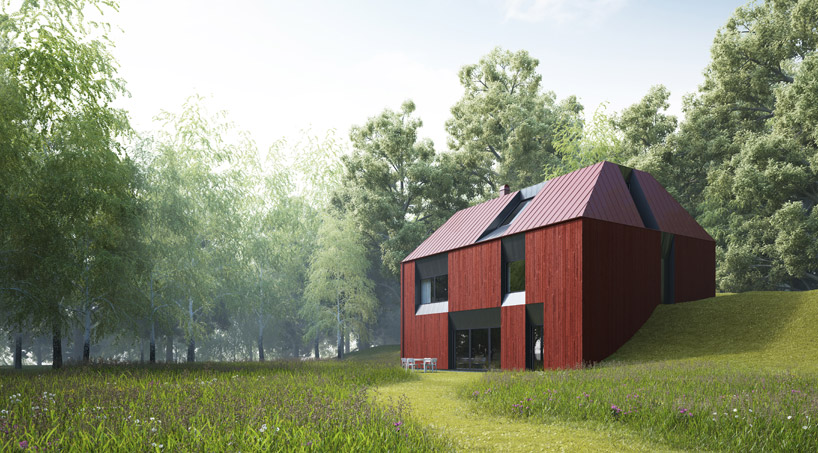 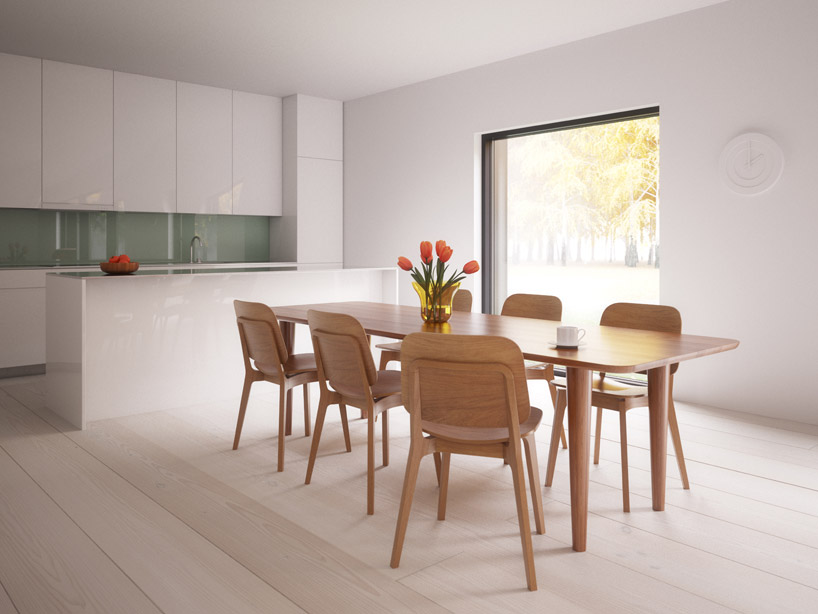 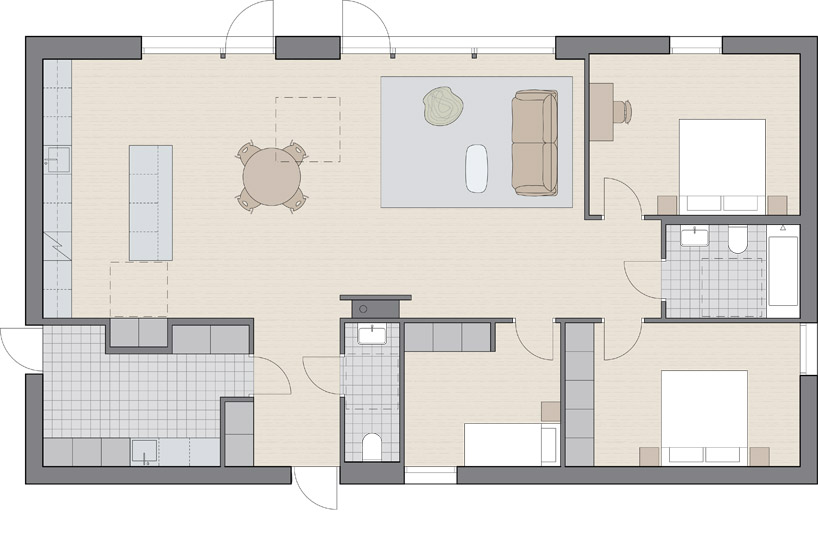