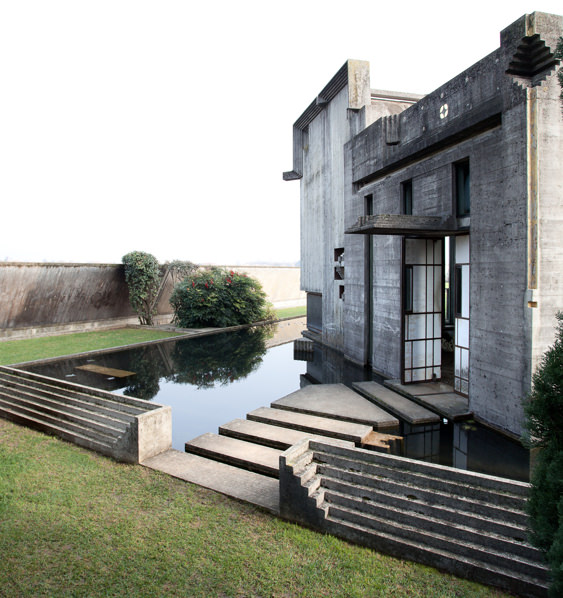 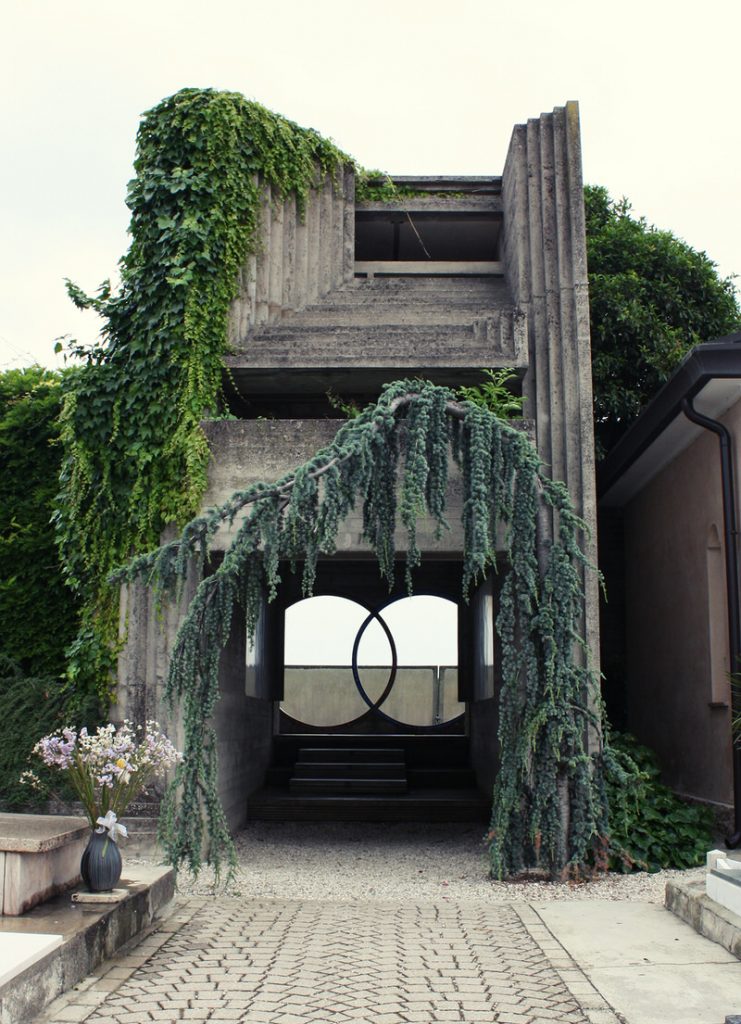 This remarkable private cemetery can be found in the small Italian village of San Vito D’Altivole, the birthplace of Giuiseppe Brion for whom this monument was primarily intended. It was designed by Carlo Scarpa in his own distinctive style, relying heavily on concrete embellished with plentiful decorative features. These include arrays of ridges which define the structure’s vertices and an arrangement of apertures in the form of a vesica piscis, a recurring motif in many of Scarpa’s works. 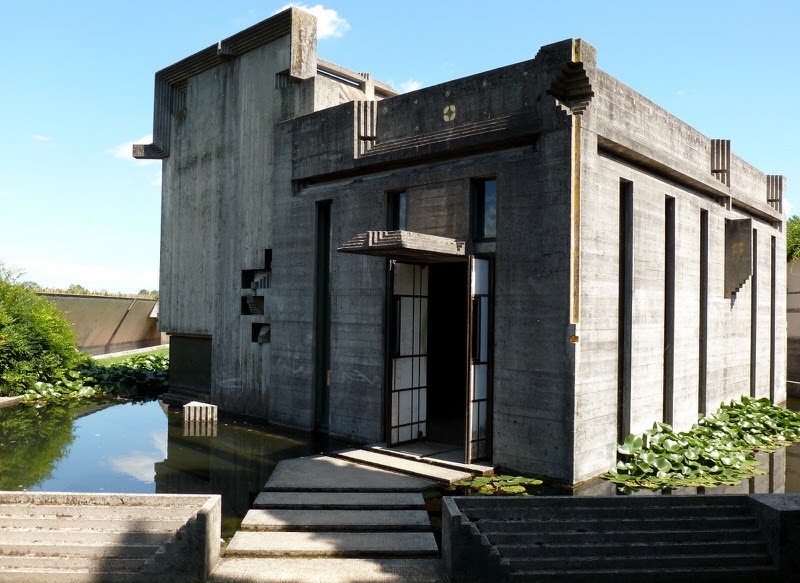 Giuiseppe Brion was a well regarded man who started from nothing and went on to found the Italian electronics manufacturer Brionvega. Upon his death in 1968, the Brion family bought the L-shaped plot adjacent to the village’s existing cemetery and his widow commissioned Carlo Scarpa to design this bespoke burial ground for future members of the Brion family. 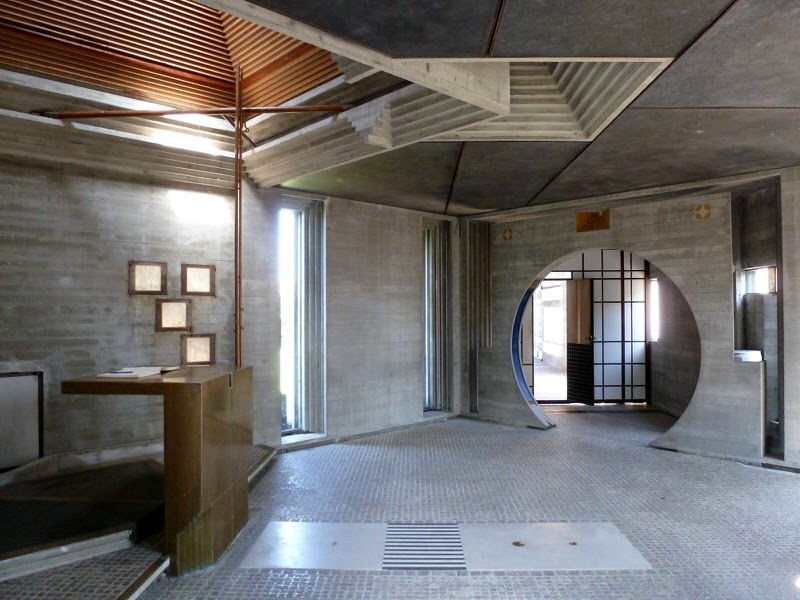 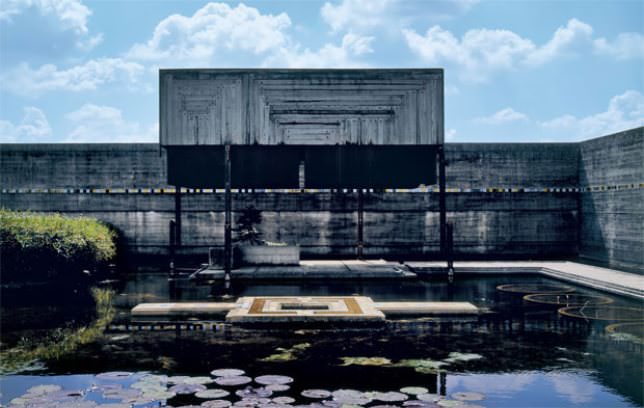 I consider this work, if you permit me, to be rather good and one which will get better over time. I have tried to put some poetic imagination into it, though not in order to create poetic architecture but to make a certain kind of architecture that could emanate a sense of formal poetry.Carlo Scarpa 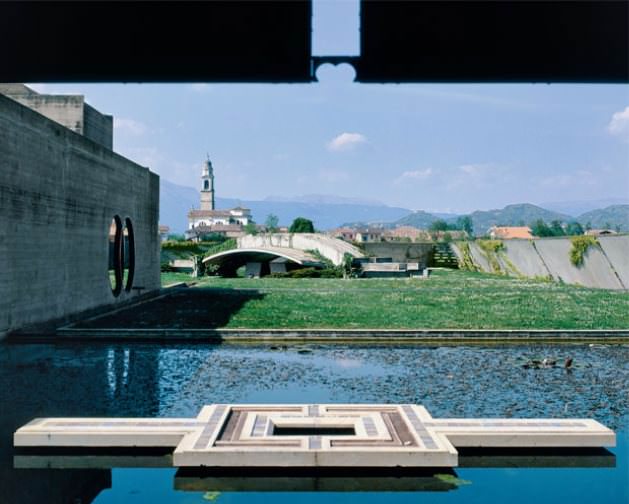 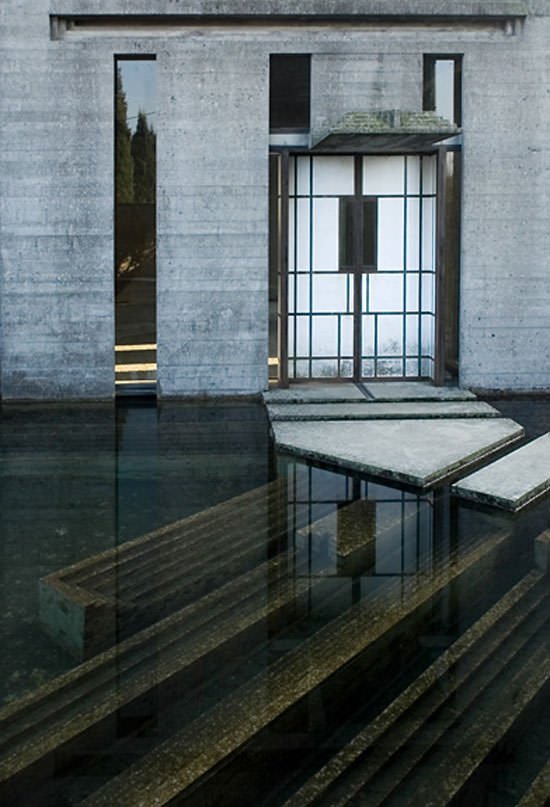 Carlo began designing the memorial in 1968 and eventually finalised its design shortly before his own death in 1978. Scarpa himself was also buried in the Brion cemetery, standing upright in an undisclosed portion of a wall wrapped in a linen cloth akin to a medieval knight. 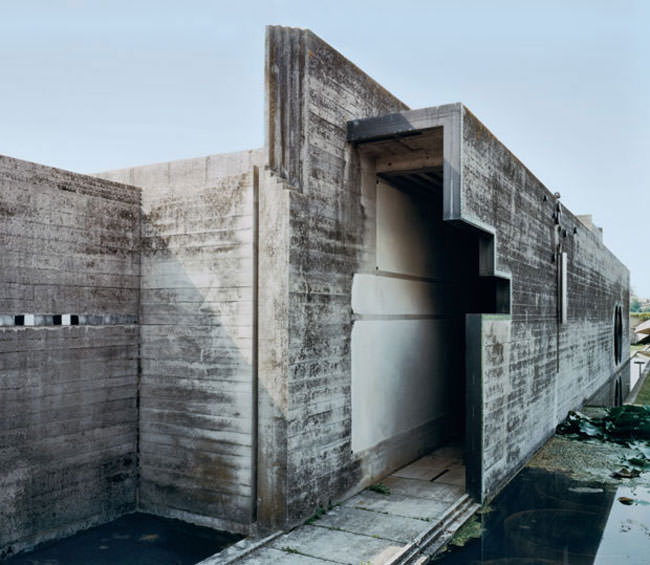 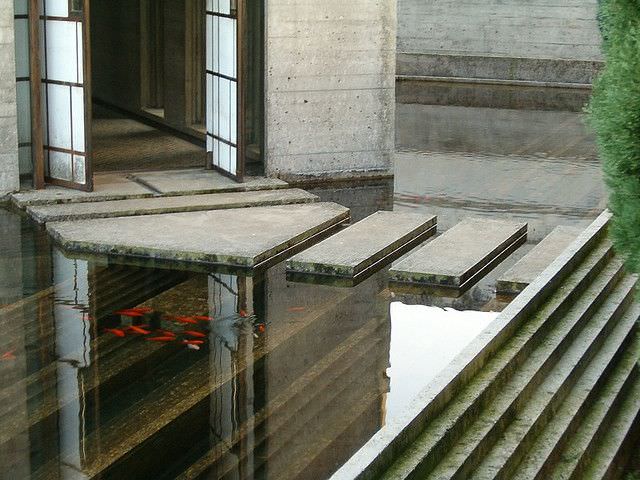 The place for the dead is a garden. I wanted to show some ways in which you could approach death in a social and civic way; and further what meaning there was in death, in the ephemerality of life other than these shoe-boxes.Carlo Scarpa 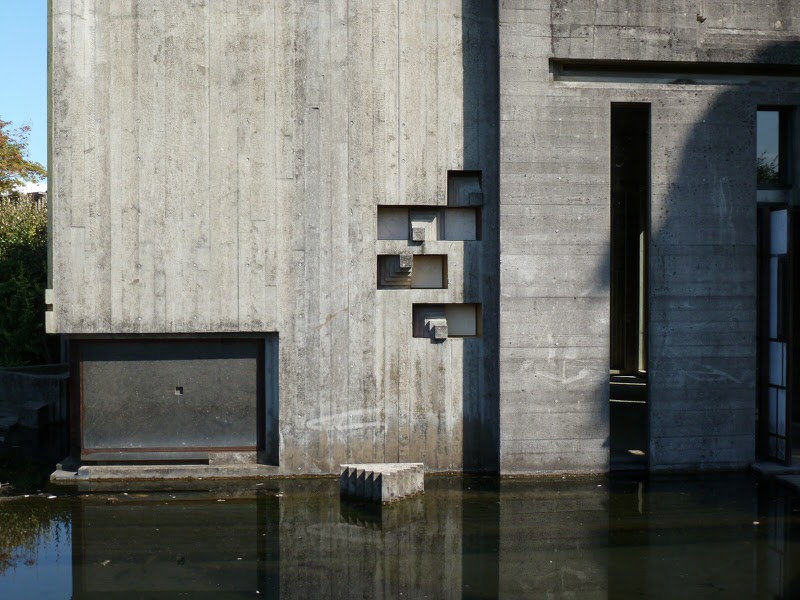