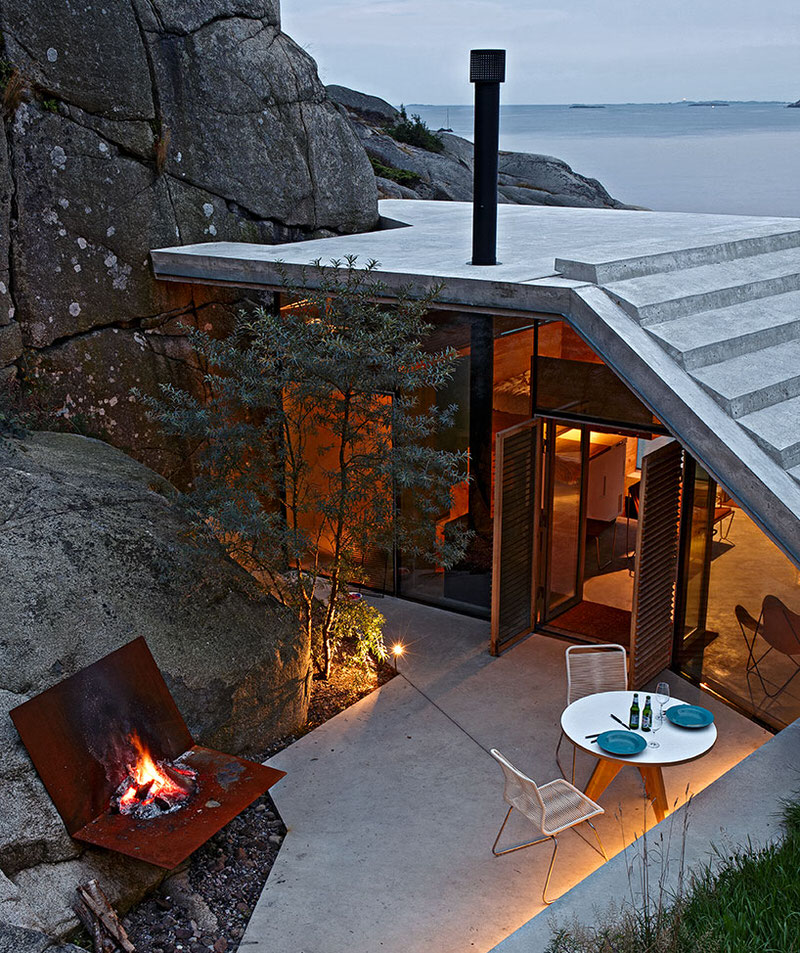 Nestled amongst weather-worn, craggy outcrops on the edge of a Norwegian fjord, Knappullet Annex was designed to serve as a summer retreat for the architects at Lund Hagem studio. The construction of Knapphullet is deceptively simple, with a stepped ramp and a flat roof leaning against a neighbouring boulder. 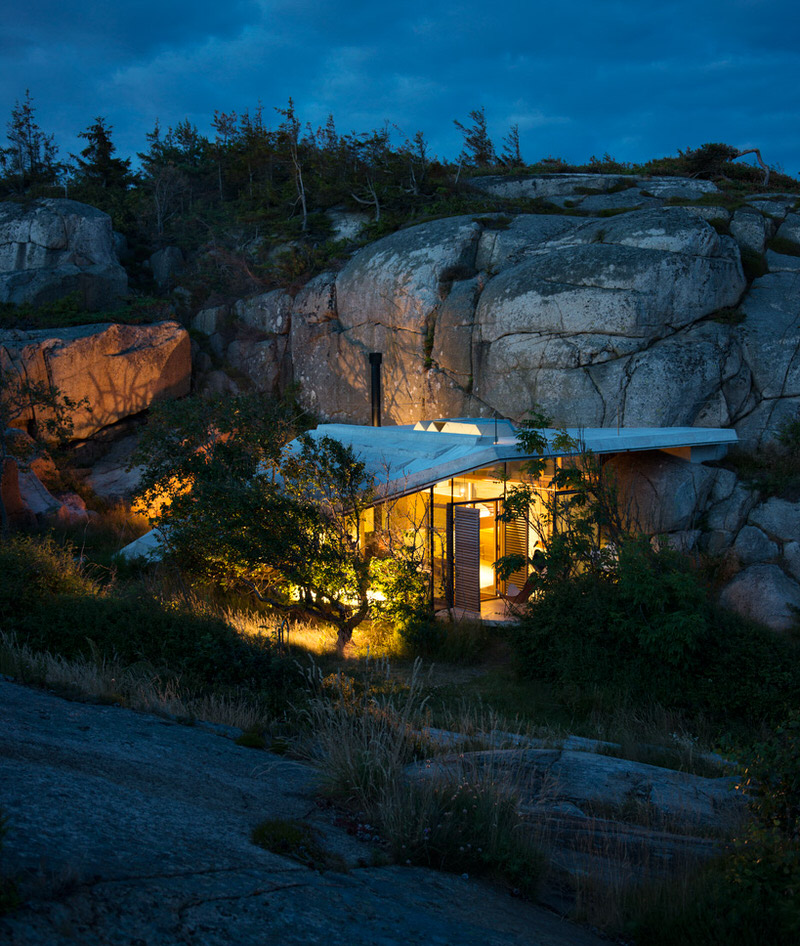 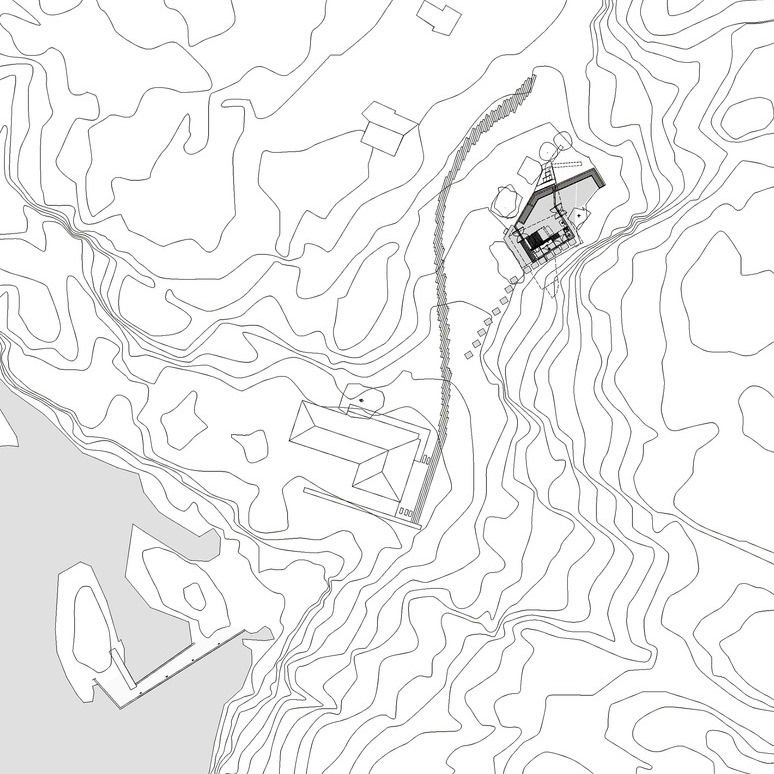 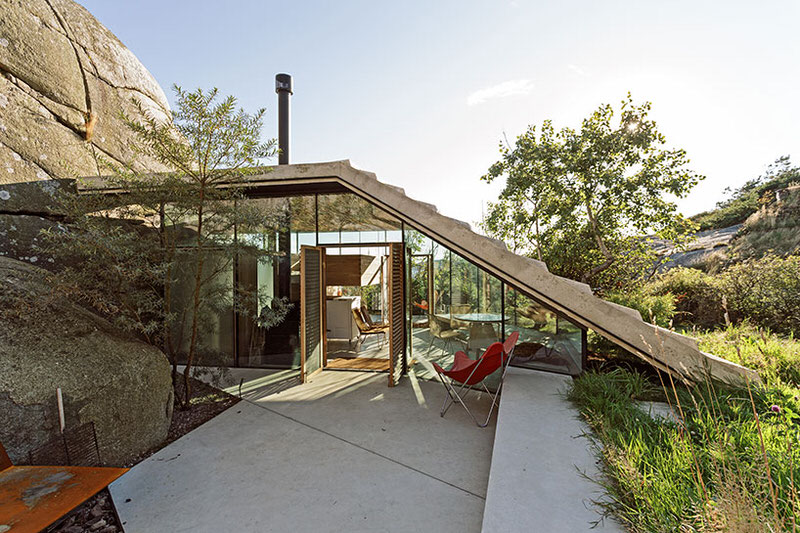 Both the front and rear facades are entirely glazed while the flat roof, which is easily accessible via the stepped segment, can potentially double up as a panoramic viewing deck. Despite being slightly lighter in tone, the stepped concrete roof blends well with the surrounding geology, and over time lichen and other mossy vegetation will be able to colonise the roof of Knappullet, further camouflaging the structure. 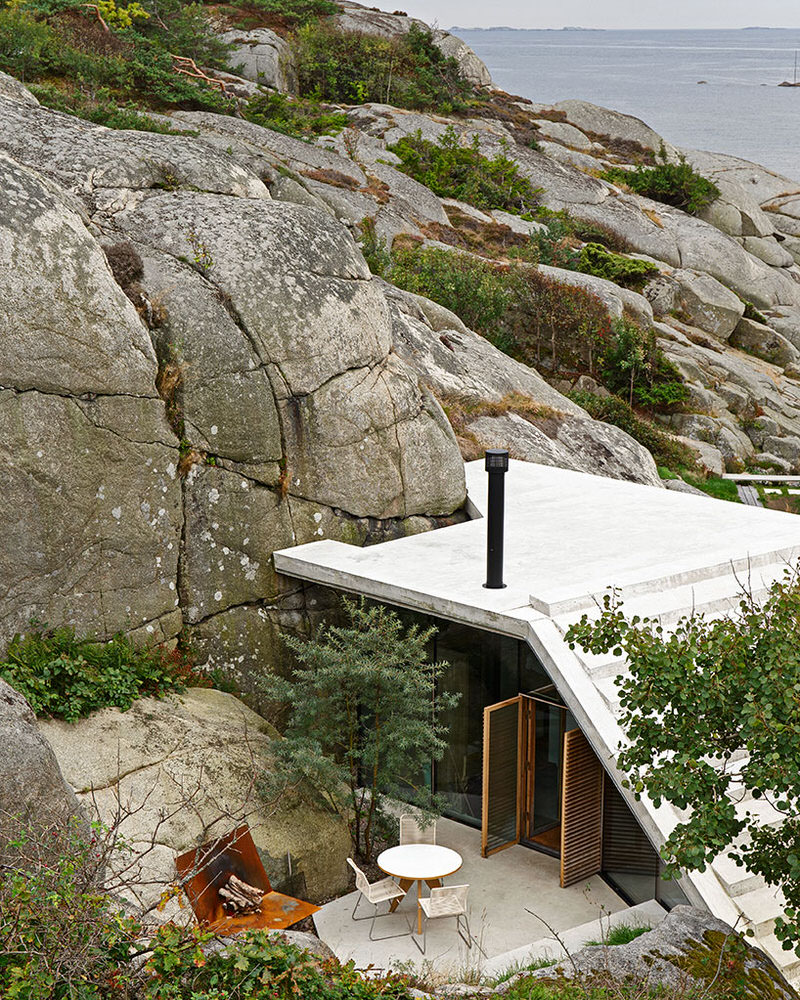 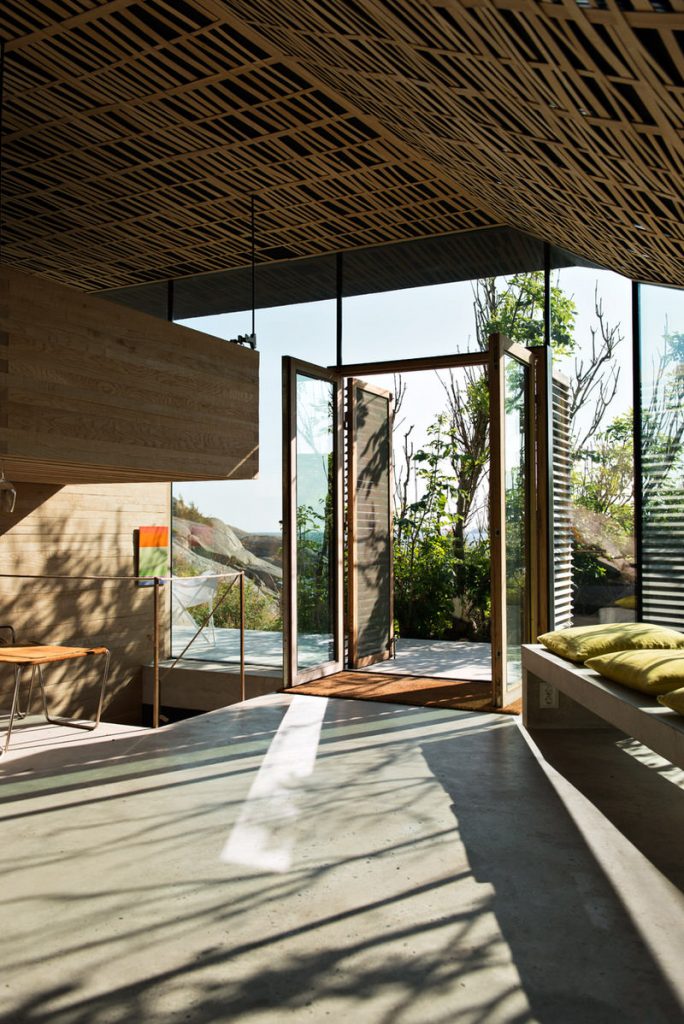 Note that this dwelling replaces two sheds that were formerly present on the site, and therefor can’t strictly be described as an encroachment onto Norway’s unique fjord landscape. However given the concrete composition of Knapphullet Annex, this structure has a much greater degree of permanence despite its conscientious design. 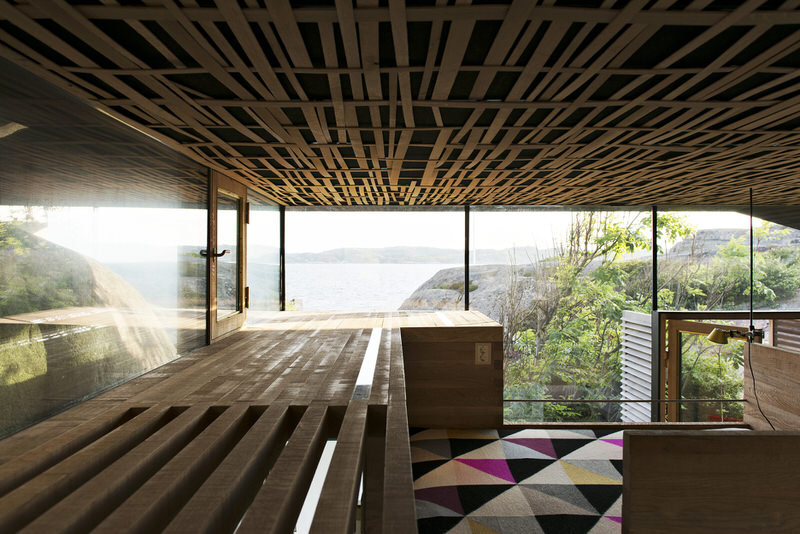 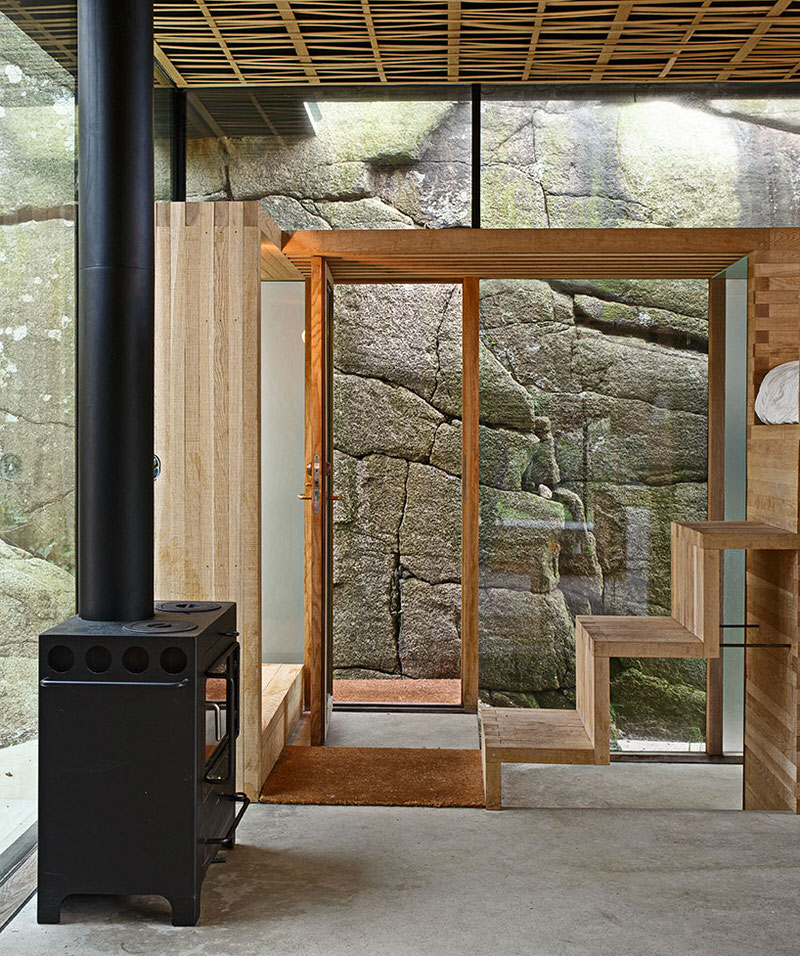 Inside, wood takes on much greater prominence, with a suspended sleeping area and a ceiling composed of basket-woven oak strips. This uniquely detailed ceiling bears acoustic qualities to dampen echoes, while also masking the unsightly joints in the precast concrete roof. 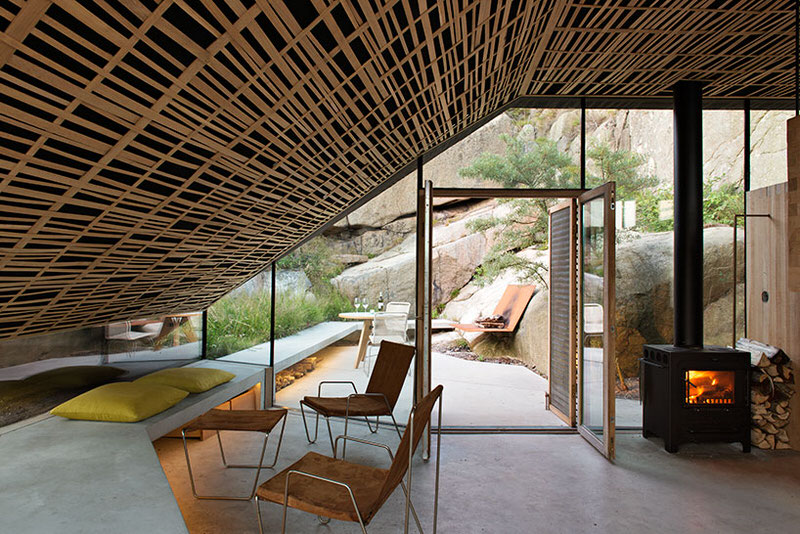 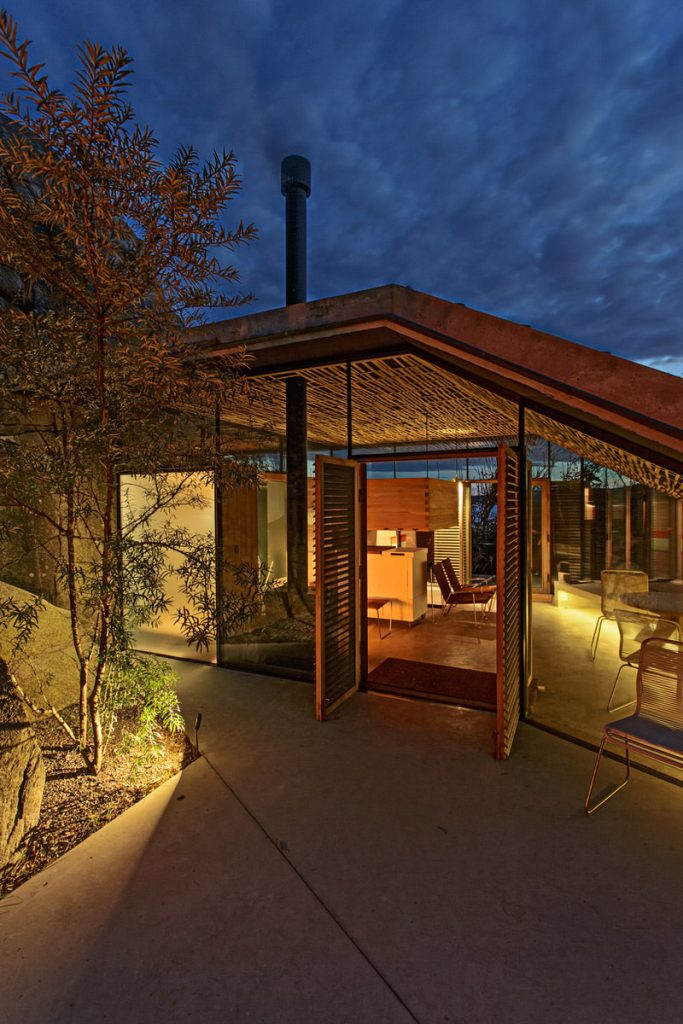