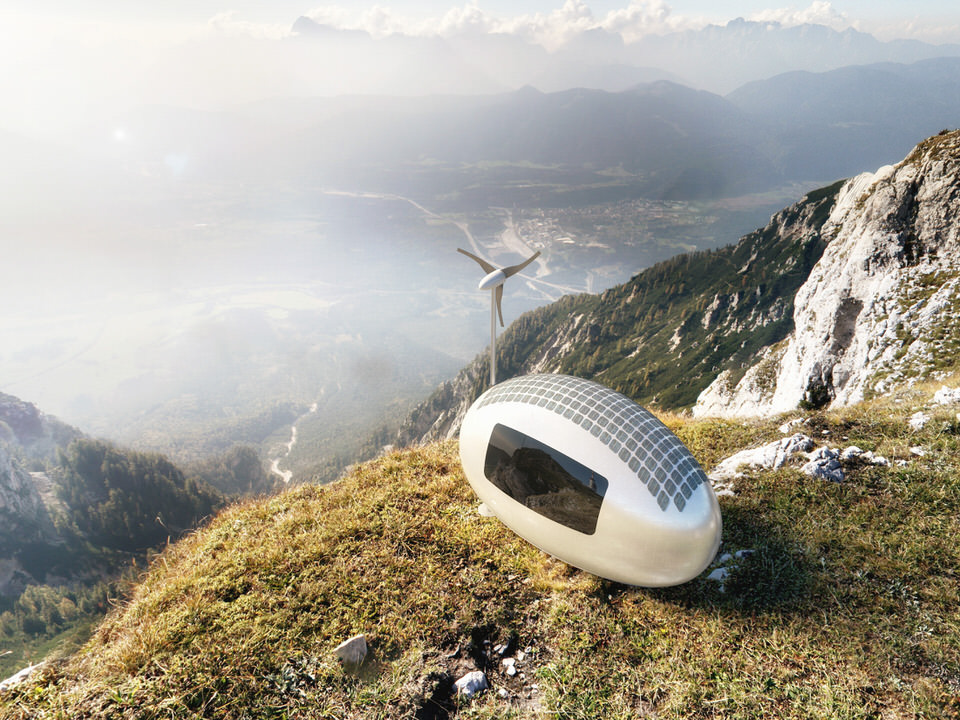 This egg-shaped cabin was designed by ‘Nice Architects’ to serve as a versatile, off-grid residence that in theory can be installed just about anywhere. The Ecocapsule is intended to ‘comfortably house two adults’ fits into a standard international shipping container for worldwide distribution. 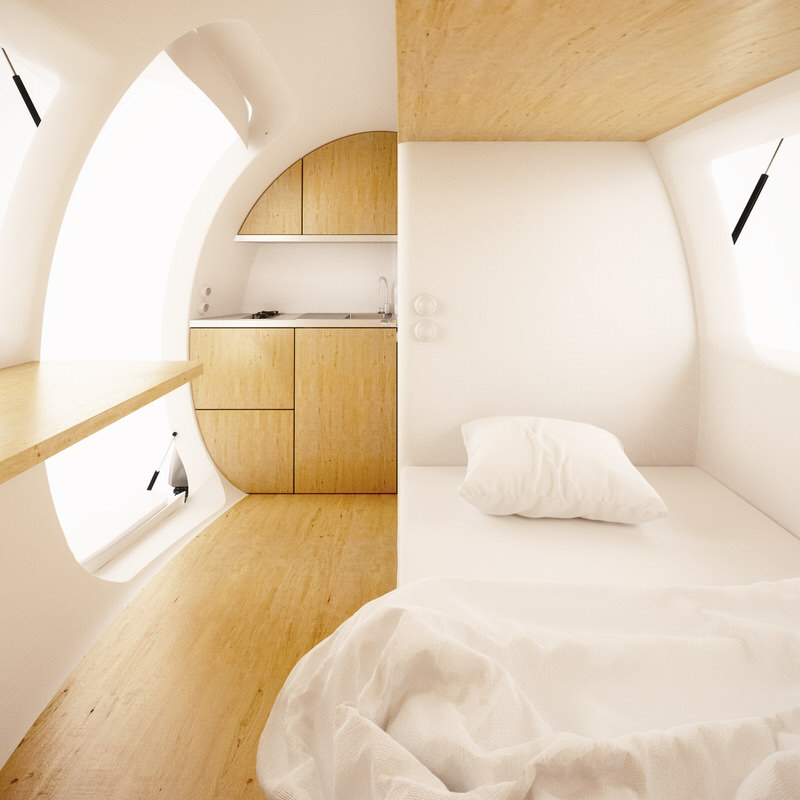 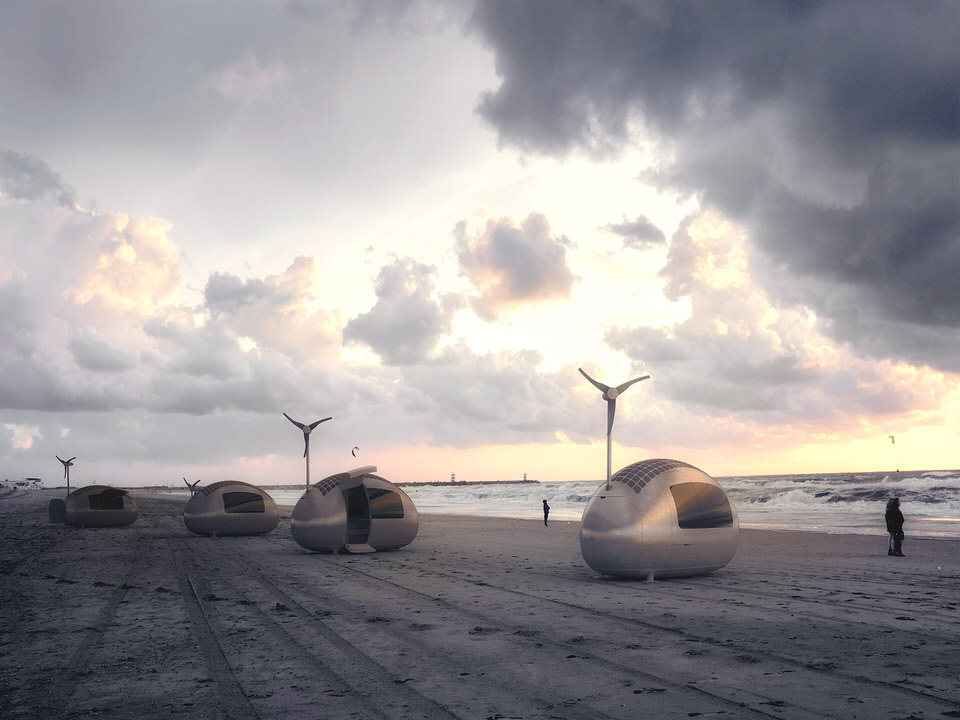 Environmentally friendly energy generation lies at the heart of the Ecocapsule concept and it has been designed to gather energy from multiple renewable sources. The small dwelling can draw on both wind and solar energy from its built in 750W turbine and 2.6m2 solar array, and this power is stored in a 4200Wh battery reserve for a more reliable electricity supply. The domed roof also collects rainwater run-off which is then filtered within the structure.

Ecocapsule is a low-energy house packed into a compact form. It merges an energy efficient shape, compact volume and off-grid capabilities with the luxuries of a warm bed, running water and a hot meal.Nice Architects 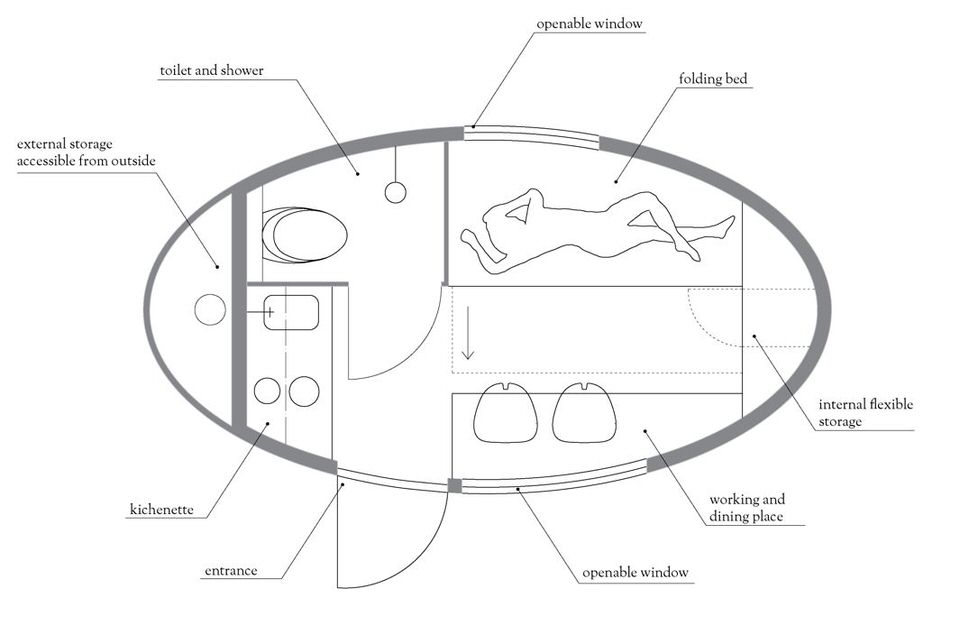 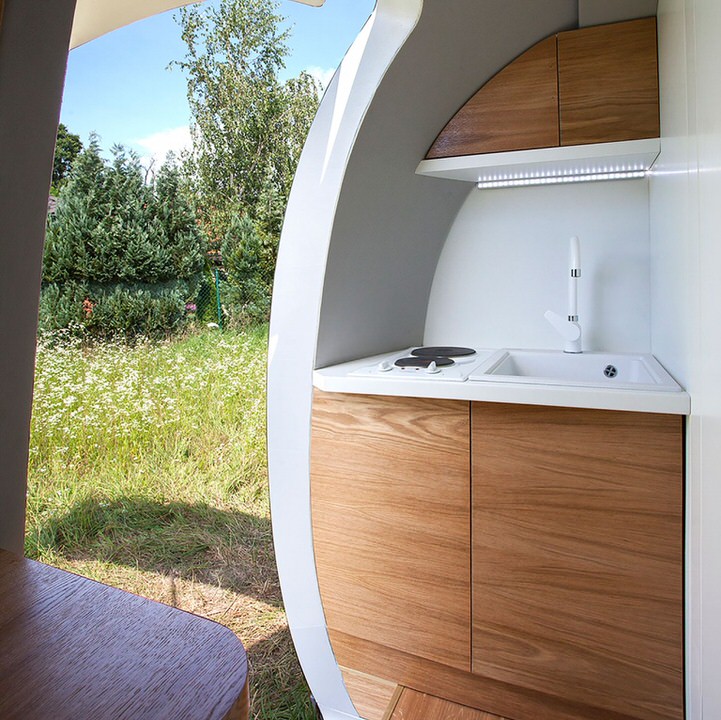 Inside an Ecocapsule, you’ll find a 1.5person bed, a kitchenette, a desk and a small shower-room with toilet. All the modern amenities are there, and while you probably wouldn’t want to live in an Ecocapsule long term, the concept has real potential for both holidays and for medium-term disaster response accommodation. 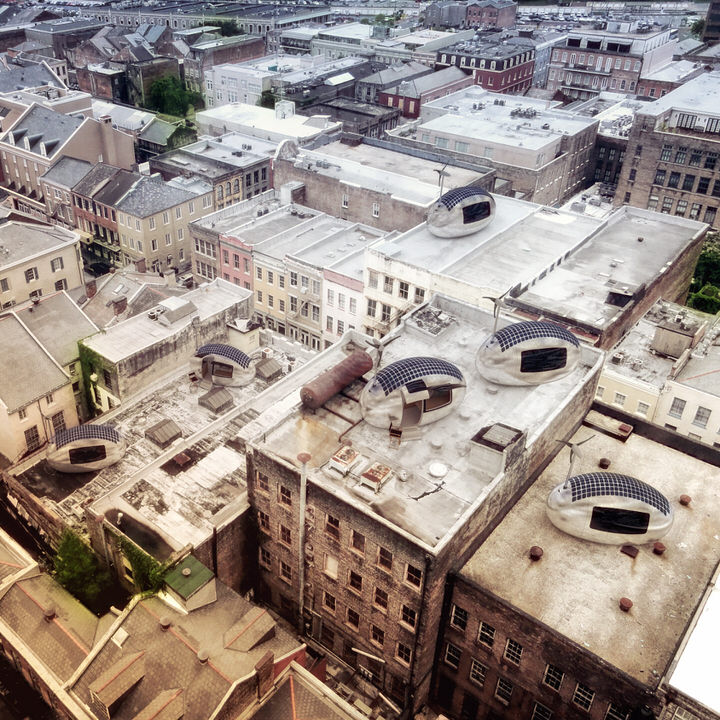 The exterior shell of Ecocapsule has been designed with a mirrored chrome surface, which not only reduces its visual impact on the landscape, but also could also help to keep the interior cool by reflecting sunlight away, and builds on its extraterrestrial aesthetic. 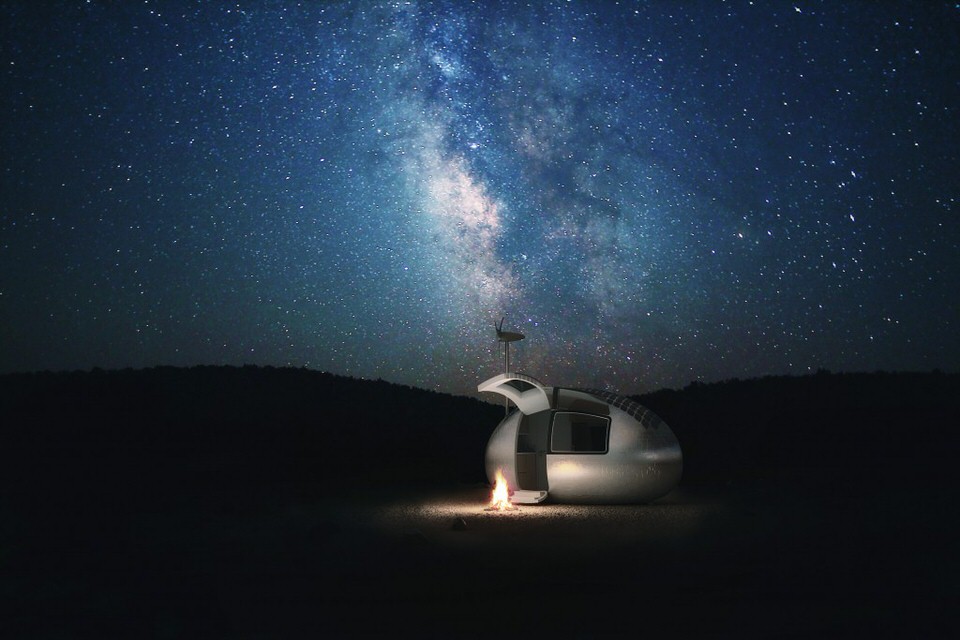 Ecocapsule is just one of many somewhat outlandish concepts from the Slovakian architectural studio ‘Nice Architects’. They began developing the design back in 2008 and are currently developing the chassis for a car trailer on which the Ecocapsule could be transported. 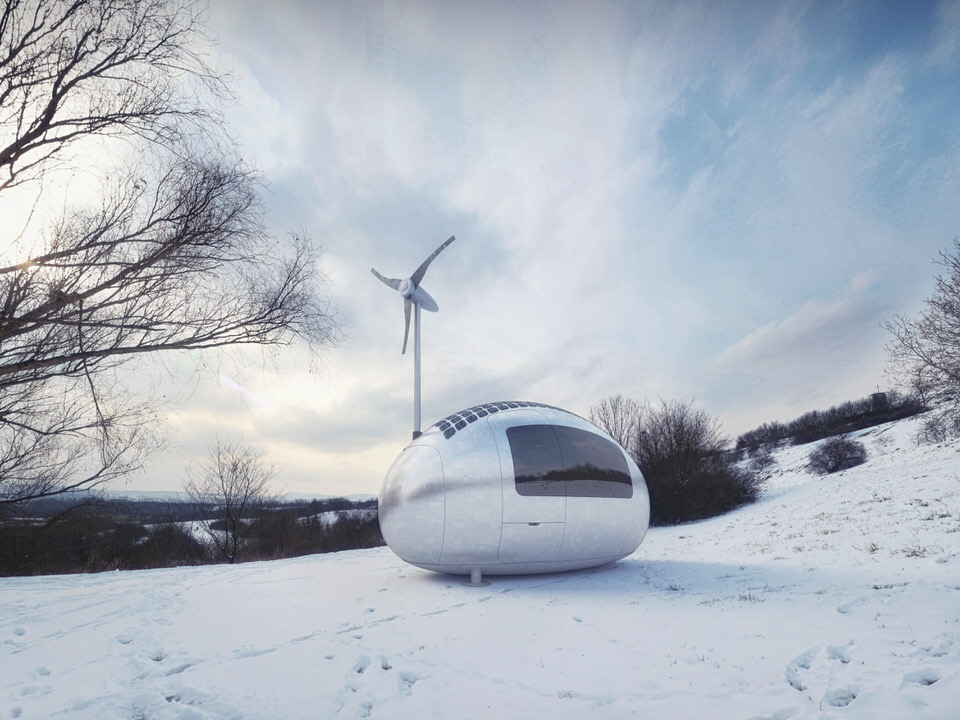 The broadly spherical structure does benefit from some subtle leg supports that prevent it from rolling away. However some sort of consideration will have to be made to security in the design as thieves could potentially drive off with an entire Ecocapsule. 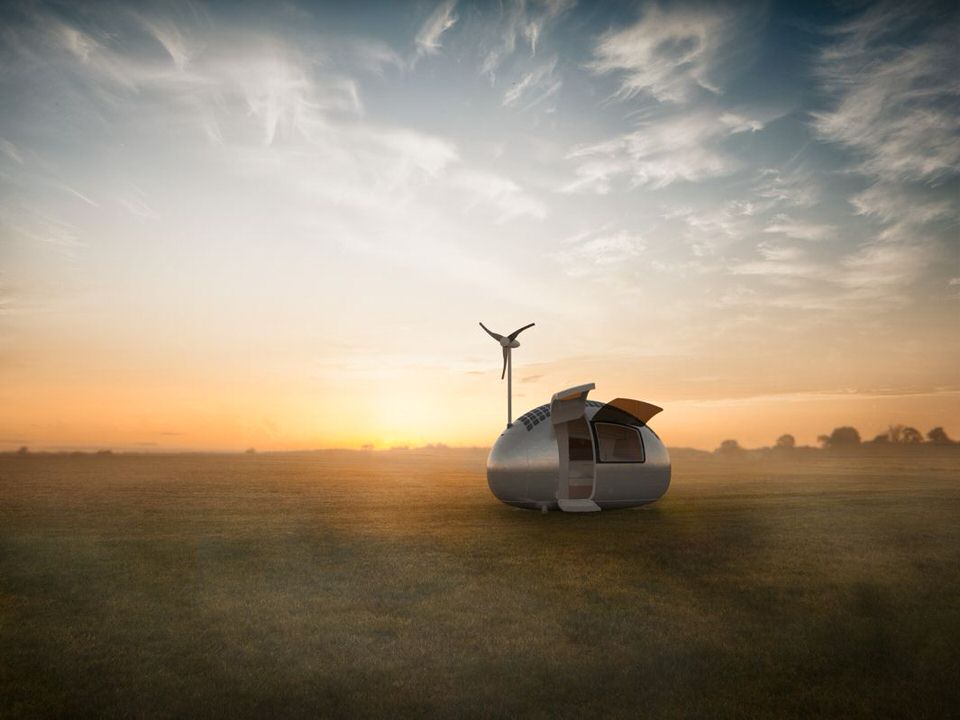