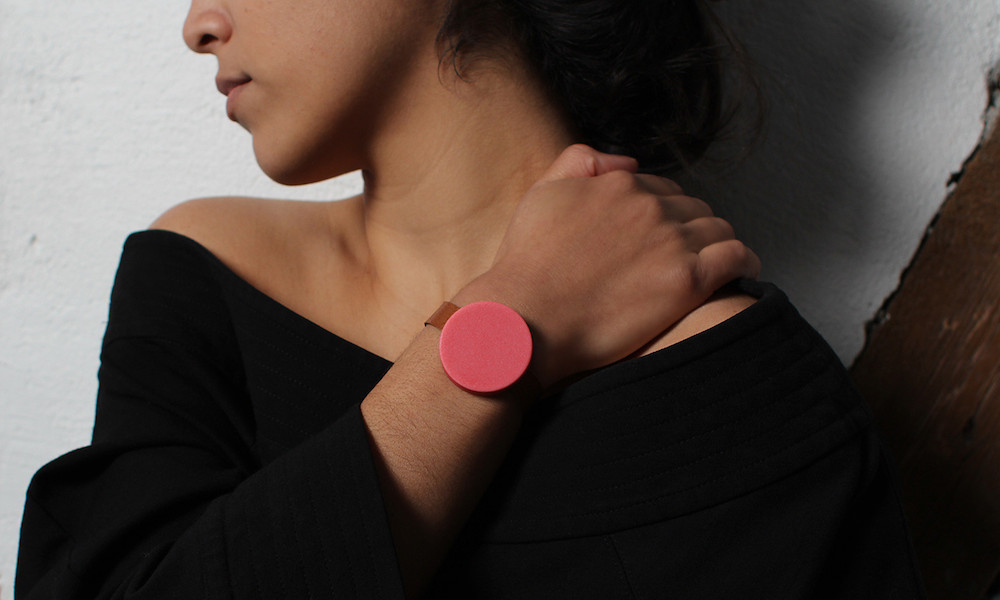 Norwegian design group Skrekkøgle have developed the conceptual DURR watch to serve as a metronome for our day to day lives. This simple piece of kit has one function, to vibrate every 5 minutes to give us a sense of time passing. The designers intended for this interval to regulate our skewed perception of time passing but I think it also has a more practical purpose, to snap us out of procrastination.

Skrekkøgle experimented with various time intervals while developing DURR but eventually settled on 5 minutes. They found that any shorter and the vibrations became a nuisance, any longer and they had forgotten when the previous buzz had occurred. Time flies when you’re having fun and the DURR bracelet punctuates these moments by shivering so we can appreciate and make the most of them. Likewise it also helps us to realise that an age hasn’t passed while we’ve been waiting in the post office queue, merely a few minutes.

The buzz also serves as a gentle reminder to reflect on what we’ve achieved in the past 5 minutes, whether the time could have been spent more wisely, and what we should do next. This could be an invaluable trigger and call to action if we’ve found ourselves watching cat videos on YouTube, on page 27 of someone’s Tumblr blog, or reading ‘18 Things (And 3 Penises) You Can Draw Using GPS While Running‘ on BuzzFeed, all of which are easily done.

It’s basic form is comparable to that of a traditional watch being composed of a flat disc on a thin strap which rests on the top of our wrist. However the flat disc of DURR is plain and bears no clock face. This minimalist aesthetic couples well with DURR’s minimalist purpose and makes the design of DURR unisex. The plain plastic face is available in five different colours and all are fixed to tan leather straps. To the untrained eye a DURR device might appear to be just a piece of jewellery. There have been a lot of naysayers writing this off as a useless piece of technology and while it may differ wildly in function from a traditional watch, it’s worthwhile bearing in mind that it is more a piece of conceptual design. For this reason I’ve decided to feature it in the Design rather than the Technology section of Homeli treating it more as a piece of artistic expression than as a useful, cutting edge electronic device.

DURR was intended from the start to be an internal experiment and not a bonafide commercial product. A limited Alpha run of 50 were handmade by Skrekkøgle at €90 each but quickly sold out. Further editions might become available in the future if there’s enough demand and the price should come down if higher quantities are being made.