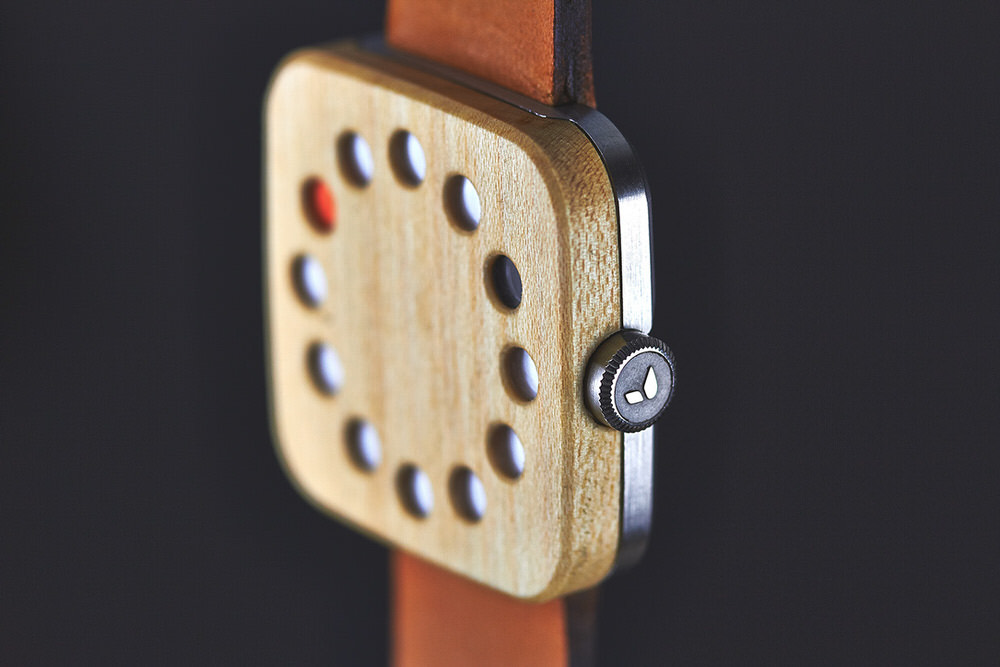 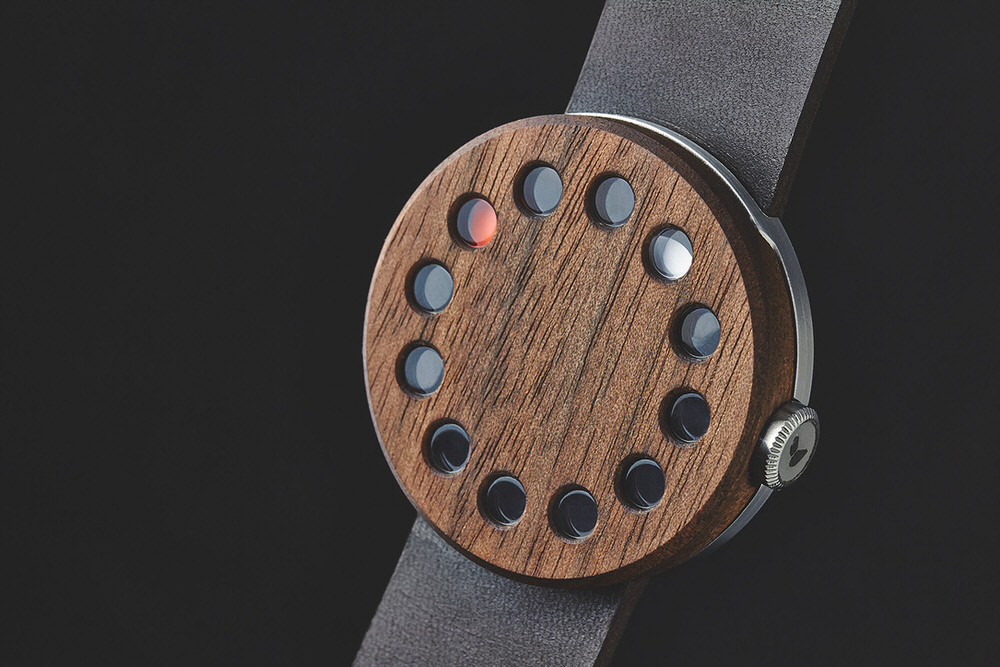 Grovemade are making the leap from wooden tech accessories to wooden tech itself with their first collection of watches. The watch series has been designed in 4 variations, with a choice between walnut wood coupled with black leather, and a maple wood face with tan leather, as well as an option for either a circular or square watchface. 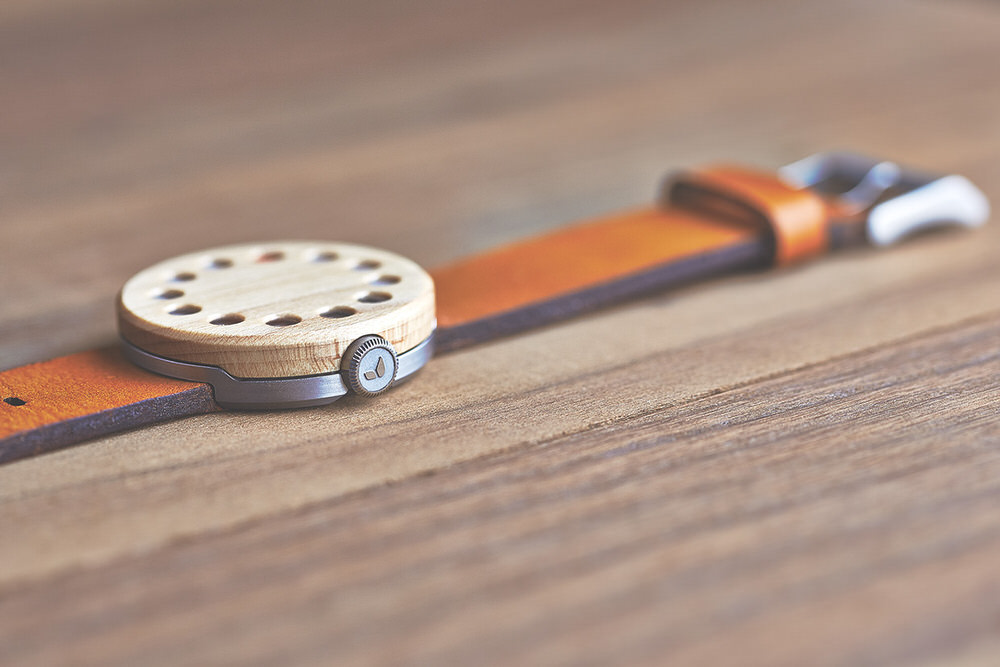 We set out to make a wood watch that we’d like to use ourselves, one that adds a new element to time telling in the age of connectedness.Grovemade

While the watch face might at first glance look quite outlandish with only a few portholes into the watch itself, the way in which you tell the time is actually deceptively simple. Unlike the recent trend for novelty binary watches which require a degree of calculation to decipher the dots, the 12 small windows which surround the face reveal two discs which orbit the face and tell the time in the same way as a conventional watch. The smaller orange disc indicates the hour, while the more variable minutes are marked by a larger white disc that often spans two voids. 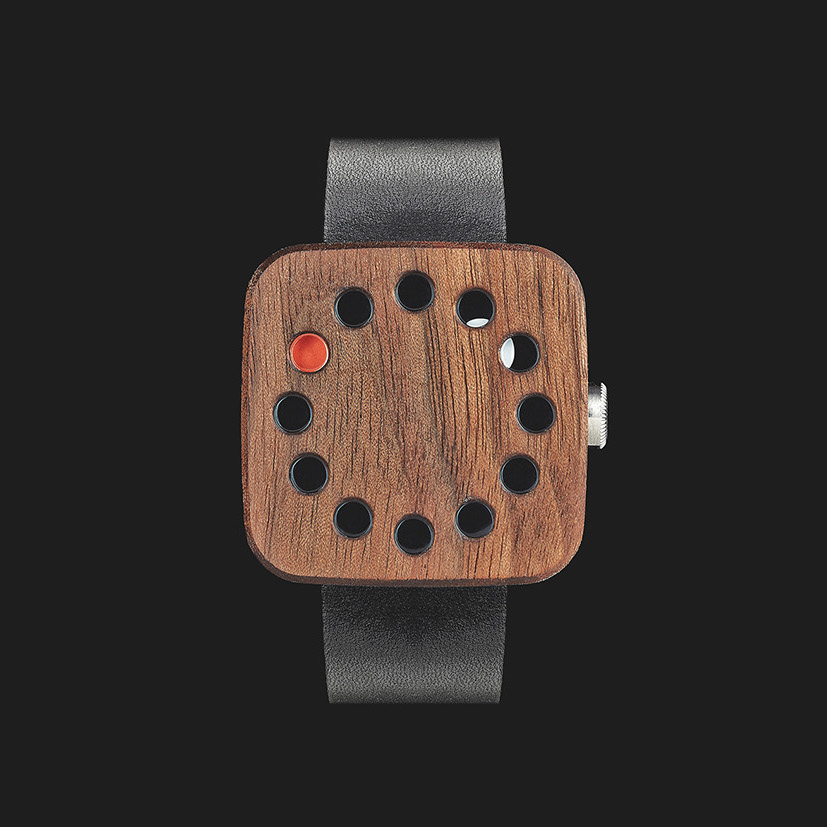 Grovemade originally announced their plans to create a wooden watch back in June 2014 but seem to have only just recently moved beyond the pre-order phase and put their watches on general sale. However Grovemade might have picked an inopportune moment to offer their first timepieces with the Apple Watch release imminent which will no doubt appeal to a similar demographic.

Ever the minimalists, Grovemade have opted for a pricing system with their watch collection that reflects the simplicity of their products. All of the watches in the series have a flat price of $239 (£160 / €225) which spans both the maple and walnut faces, and both the square and circular watch faces. 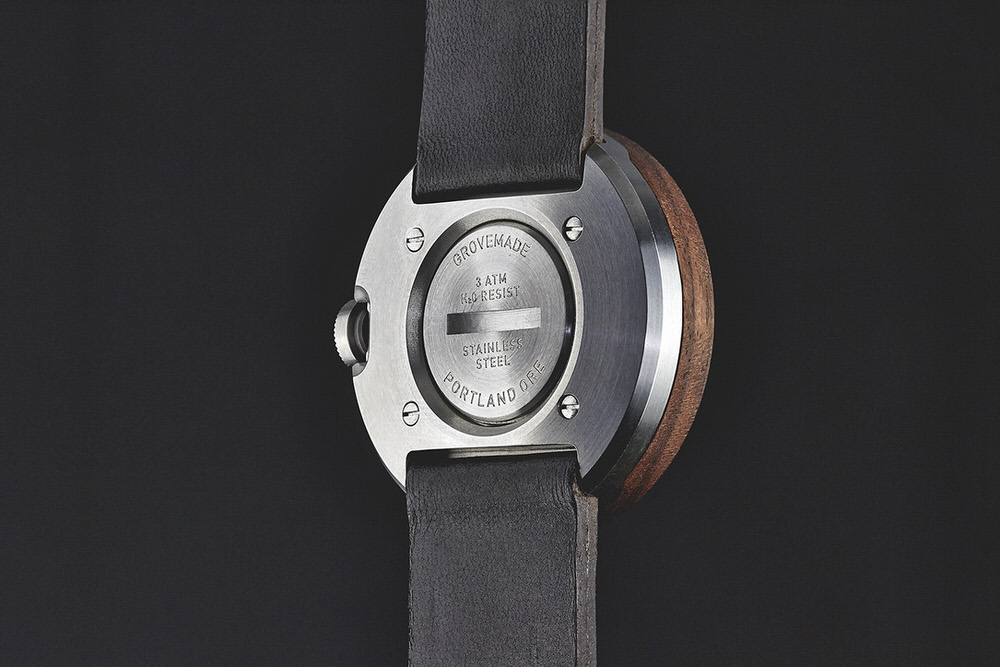