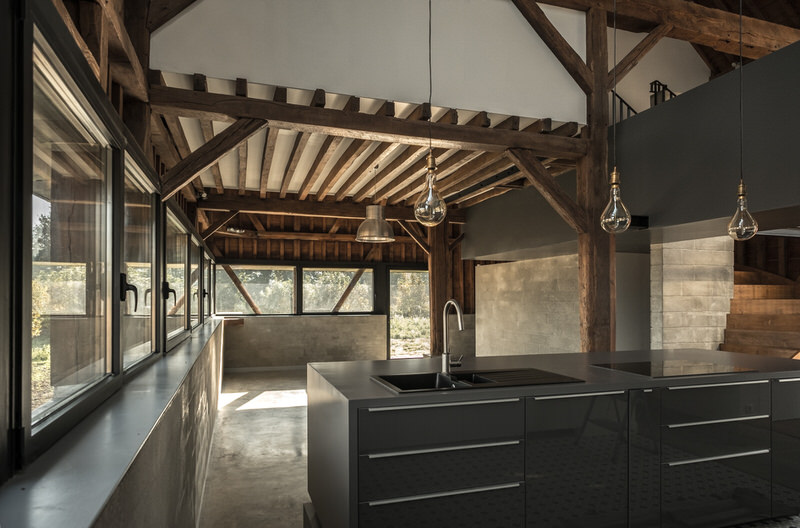 A derelict barn that had previously been used for storing food for workhorses served as the starting point for the design of Chemin du Calvaire. Antonin Ziegler converted this remote decaying barn into a minimalistic residence, eloquently blending modern materials with the rustic remnants of the former agricultural structure. In fact Chemin du Calvaire as a project goes to show that the philosophies and aesthetics between historic utilitarian farm buildings, with their lack of unnecessary embellishments, and modern architecture in its pursuit of simplicity aren’t all that different. 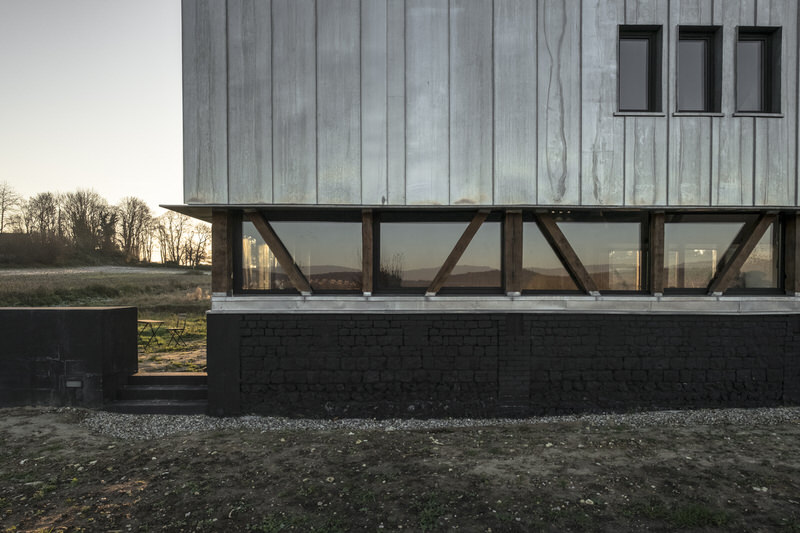 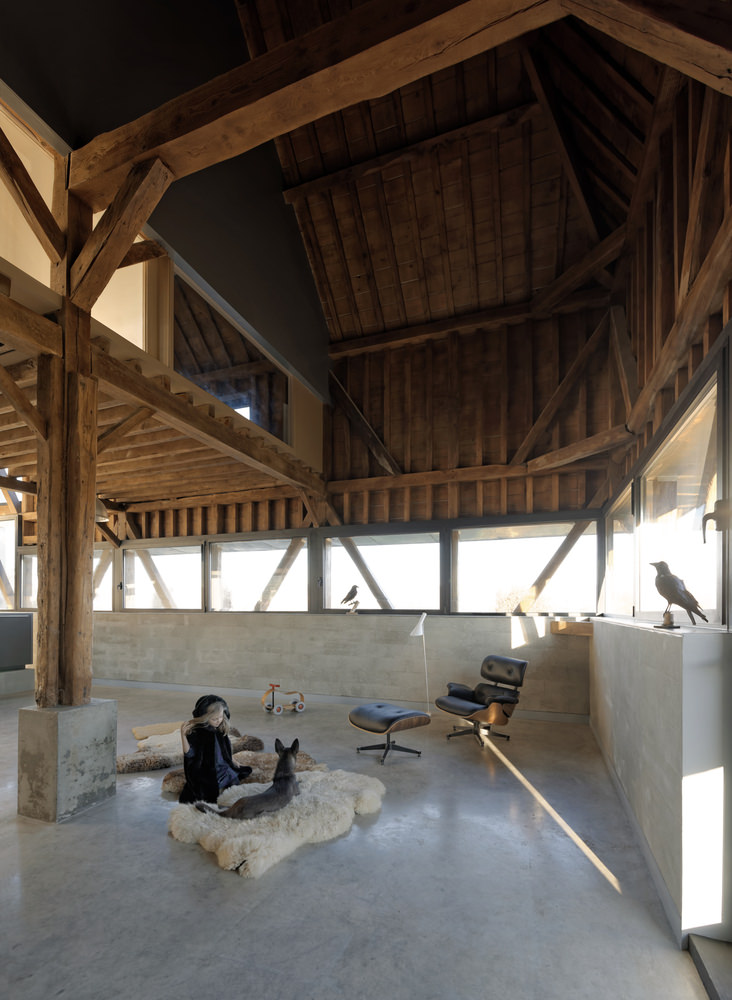 The thin wooden cladding of the former barn had all but worn away over the years and the internal timber beam structure was all that remained in any significant form. The minimalist residence was built in and around this rustic framework, leaving it exposed inside whenever possible, and encasing it in polished concrete to form a foundation. 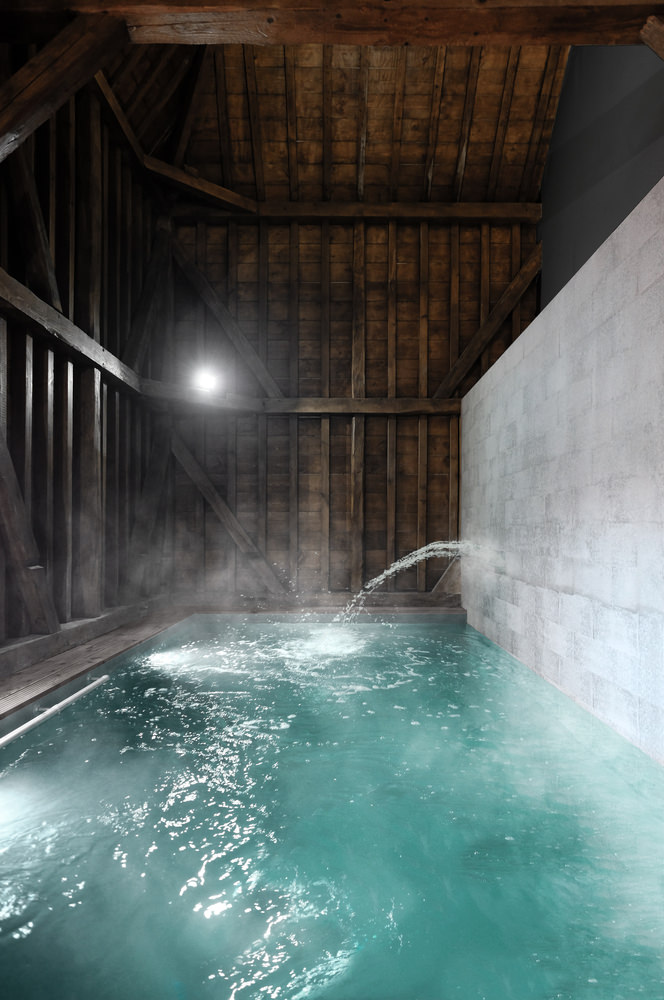 The windows and doors are visually understated: the archetypal house is kept at bay to give rise to another kind of habitat, more in keeping with the surrounding wilderness. A lone crack that pierces the roof and walls thus gives the project the appearance of a contemporary ruin.Antonin Ziegler 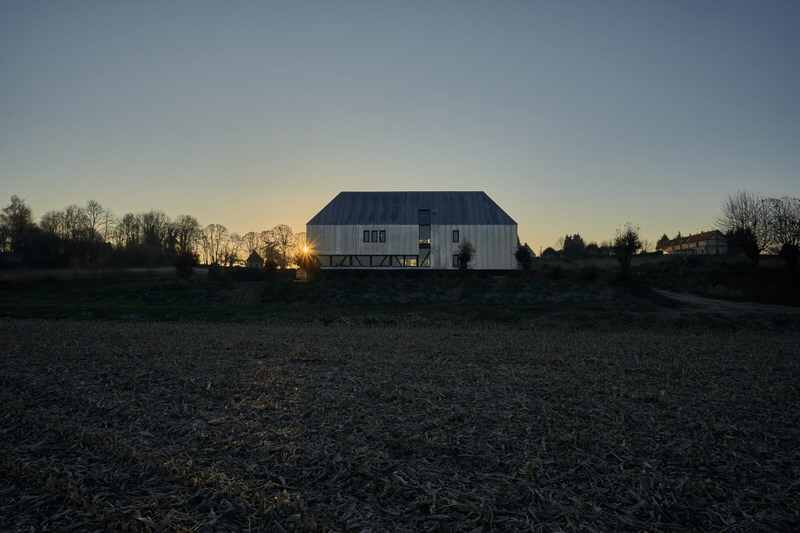 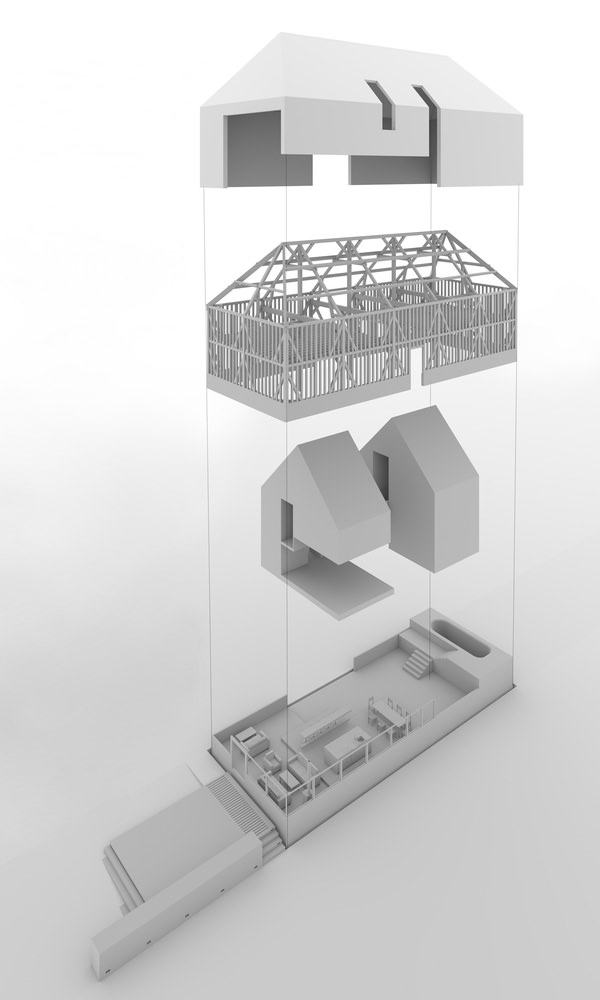 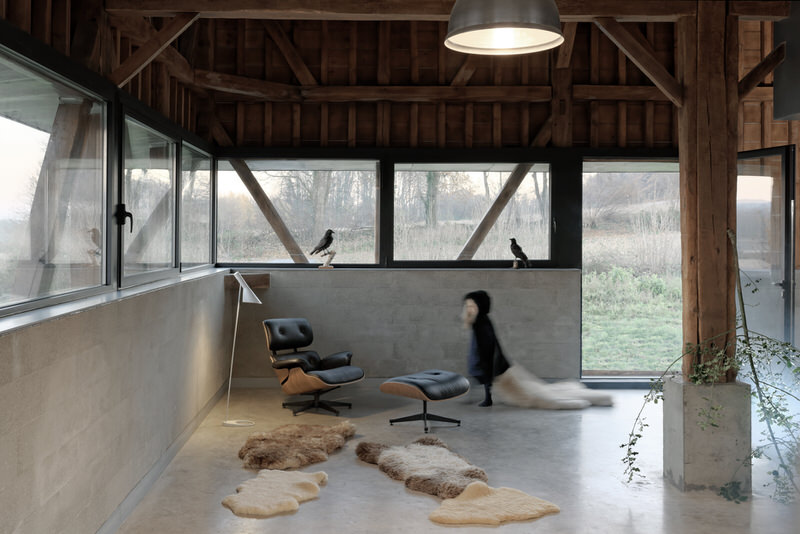 The exterior of Chemin du Calvaire has been clad in zinc metal sheeting, a far more hardwearing surface than the former weatherboarding, while being capable of rapidly developing an aged patina in order to blend with the ancient farm setting. The zinc, with its distinctive folded lines, adds only a modicum of detail to the overall composition of the structure allowing it to retain the monolithic form of a utilitarian farm building. 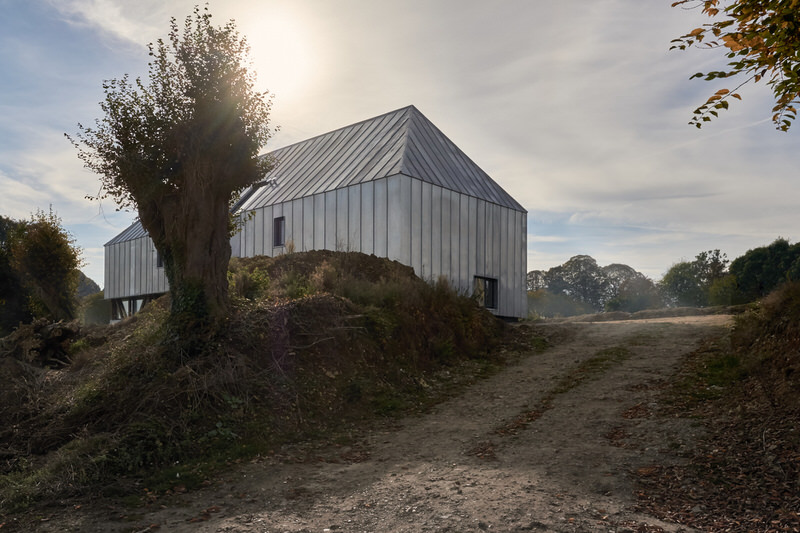 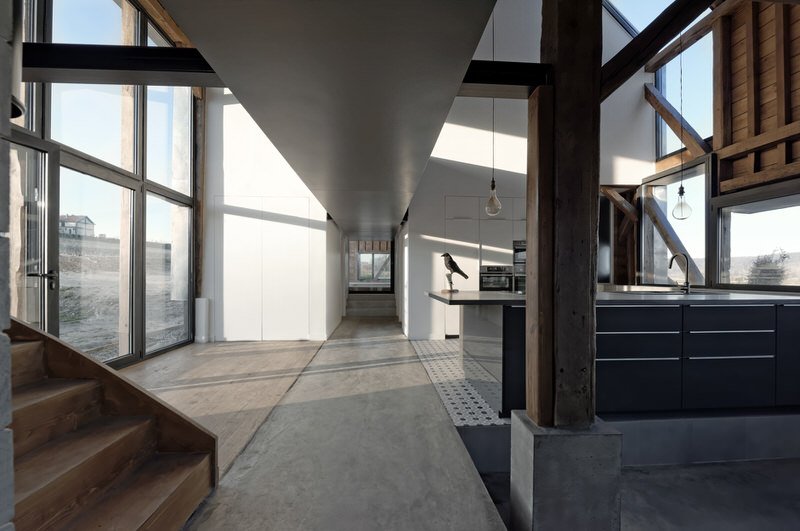