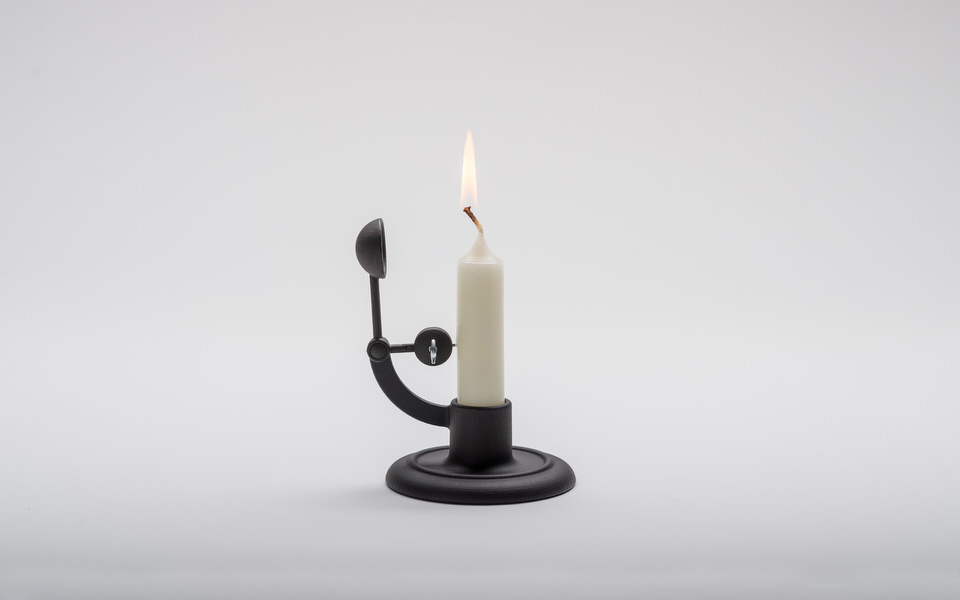 Norwegian designer Lars Beller Fjetland designed this candle holder to be a strikingly elegant self-extinguishing device. As the candle burns down, a pendulum which rests against the stick is released and a domed hood swings down to deprive the flame of oxygen.

Moment is essentially a ‘sleep timer’ for candles, and prevents a candle burning down completely. Whilst candles can put themselves out quite inconsequentially, allowing one to do so causes the wax to set hard again in the candlestick base, and this will need to be dug out before a new one can be inserted. It is best practice to push the next candle into the molten pool of wax from the previous candle for a secure fit. 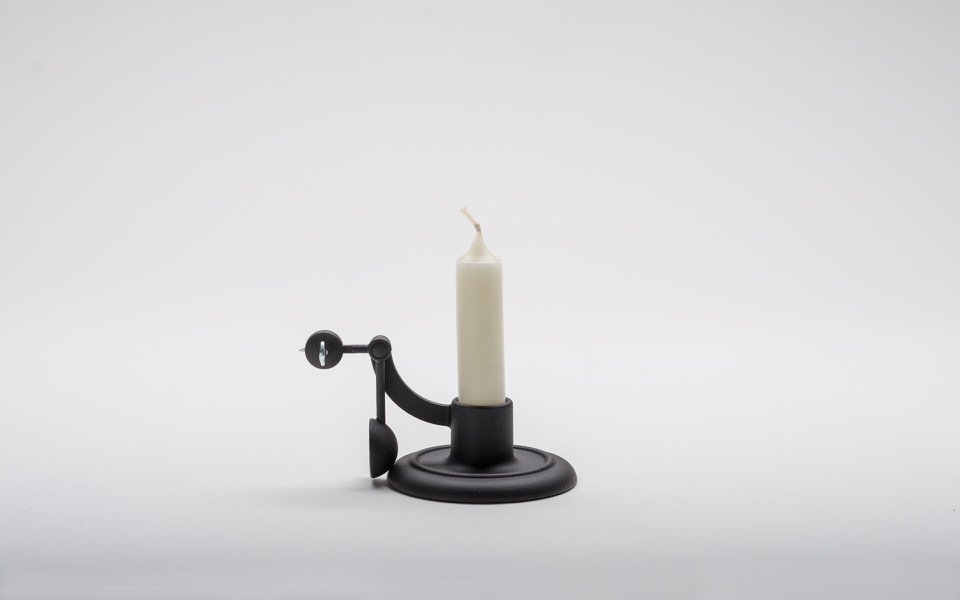 As the flame slowly makes its way towards the bottom of the candle, the suspense builds towards its split second finale. Lars Beller Fjetland 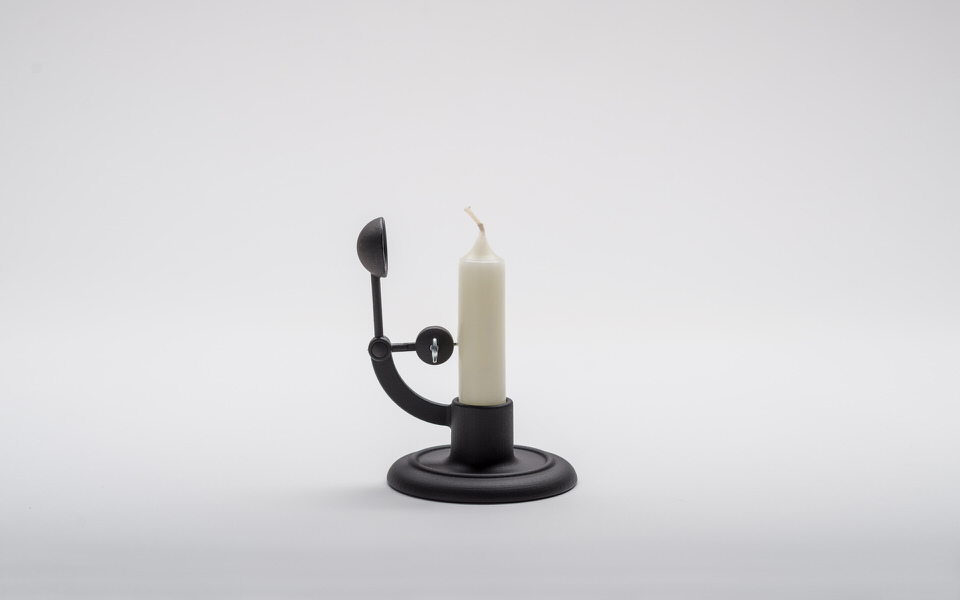 The inspiration for Moment came from a 19th century candle extinguisher Lars Beller Fjetland encountered during a visit to the cultural museum of Oslo in 2012. He decided to make a more refined version of the contraption for the modern age, in order to resurrect the device which seems to have fallen out of fashion in recent years. 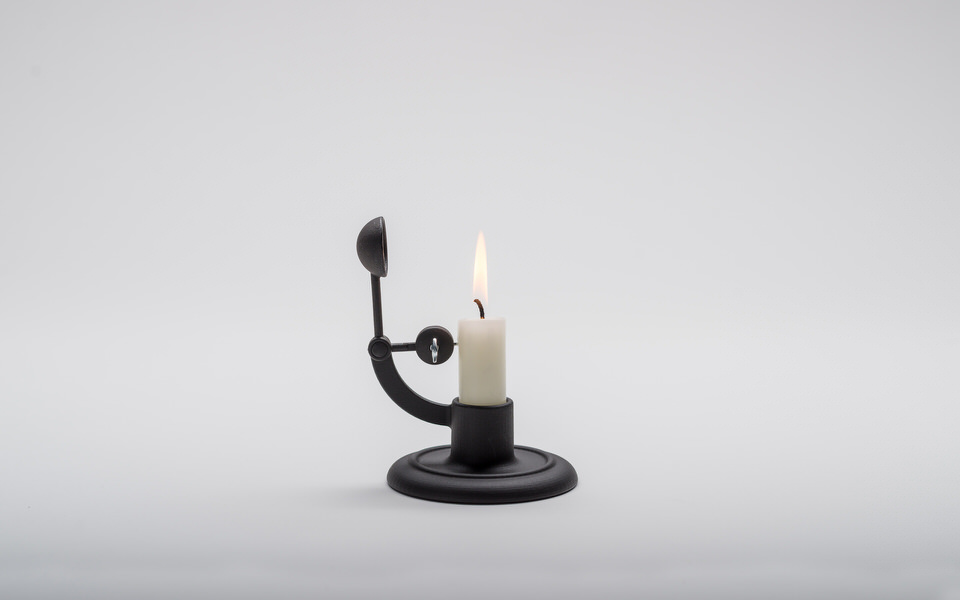 Moment is made from cast iron for a weighty construction and a minimalistic matte black finish. The design could perhaps be enhanced by allowing the pendulum mechanism to be shifted up and down the candlestick and set at various heights for different cut-off moments. 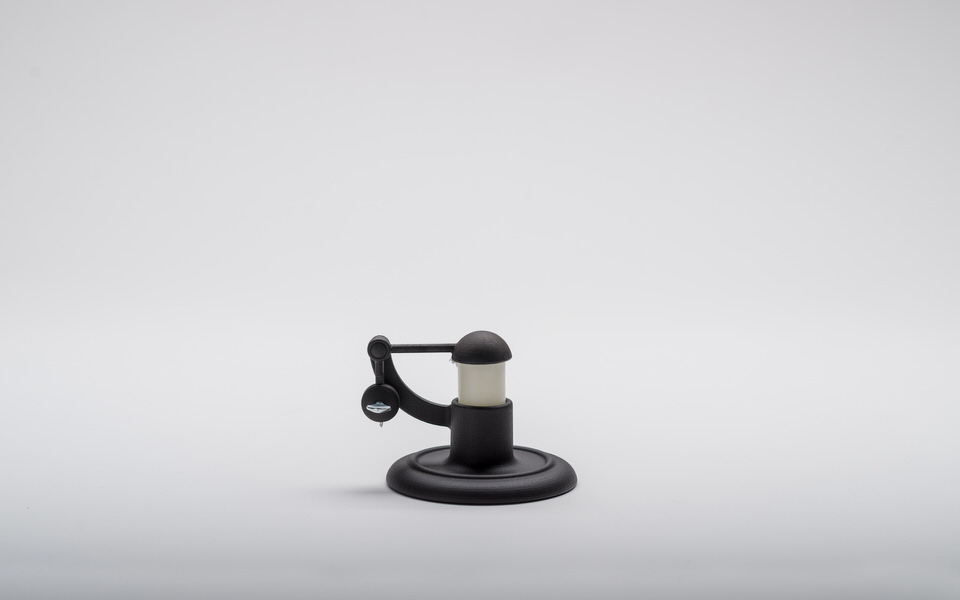