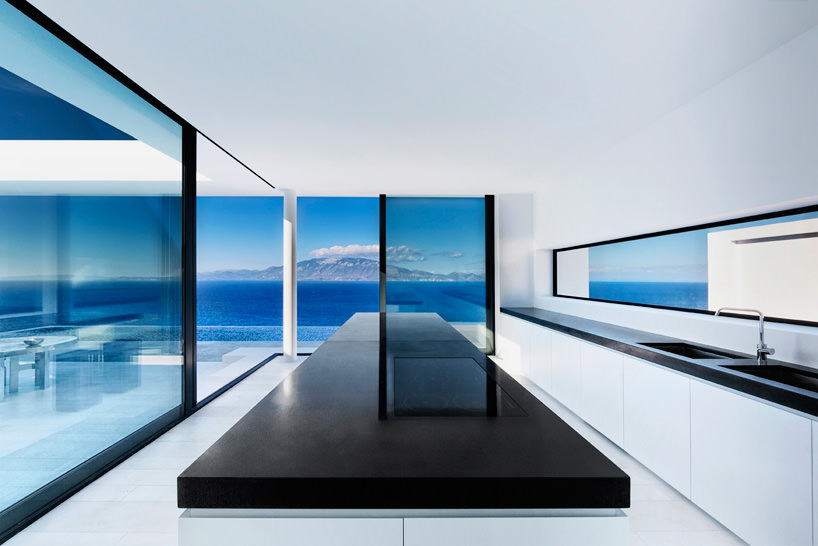 The Silver House (sometimes also known as House T) is set within a forested Greek hillside and looks directly upon the Ionian Island of Kefalonia. In fact Belgian architect Olivier Dwek’s began with capturing and framing this view across 30 miles of Western Greece’s wine-dark sea onto this ancient isle. 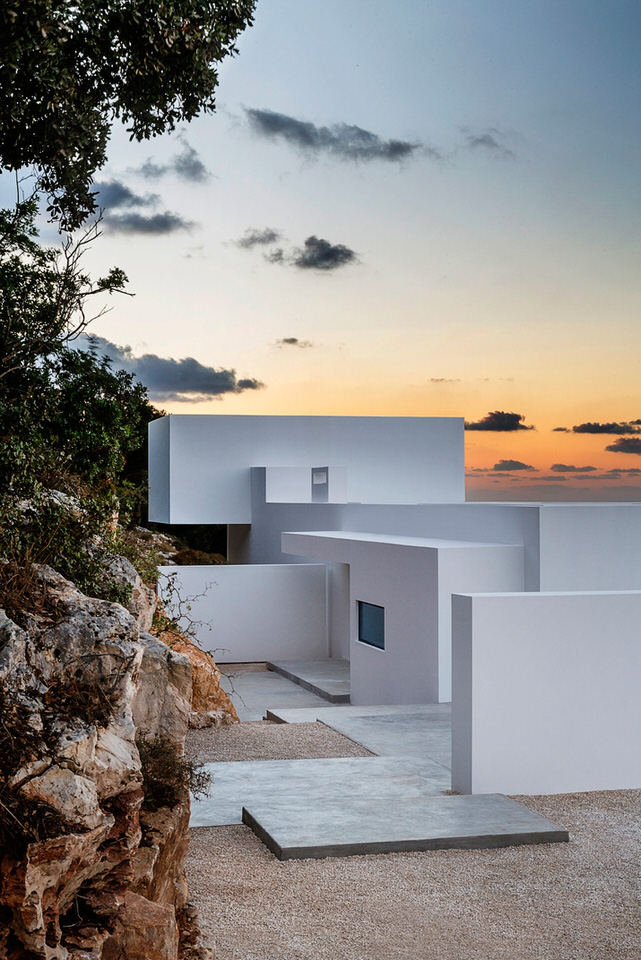 The structure of The Silver House is distinctly sculptural with a sense of composition that causes it to border on becoming a house-sized work of art in its own right. It’s crisp lines and bold rectilinear forms were masterfully captured in this set of photographs by Serge Anton. 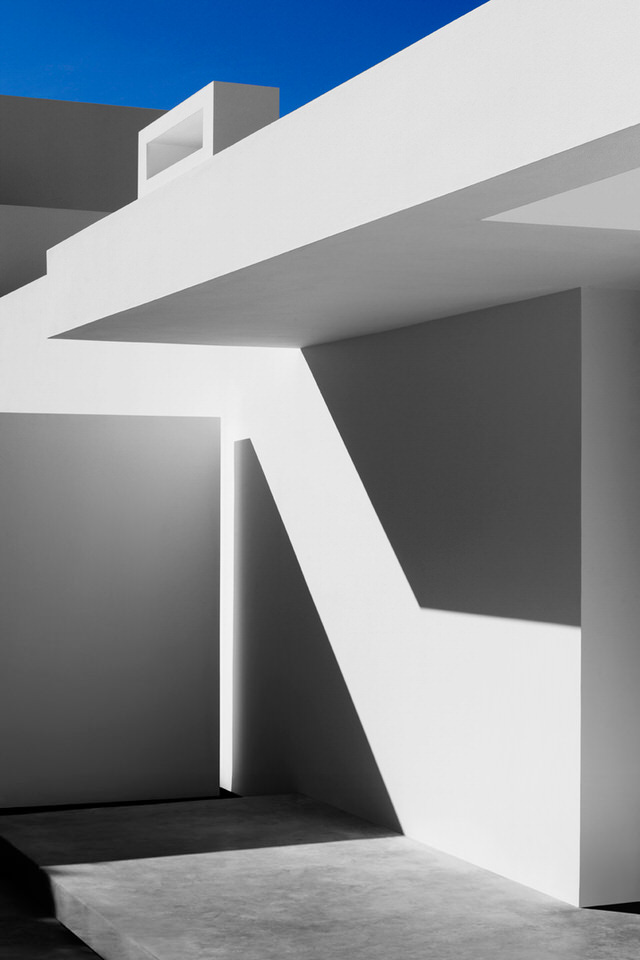 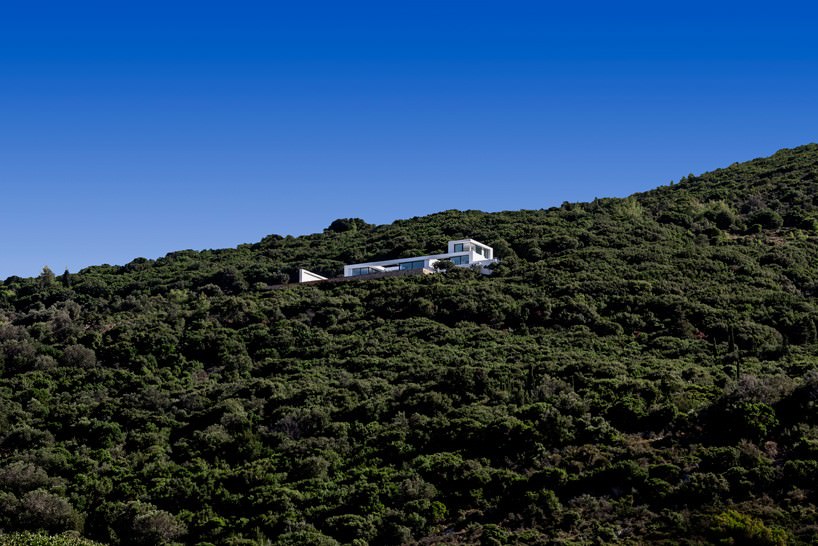 The design of the dwelling is in response to its environment, in particular with regards to combatting the prevailing offshore winds of the Ionian Sea. Angular covered terraces aim to shelter the residents from these gusts and these coupled with vast sliding doors truly blend the line between inside and out. 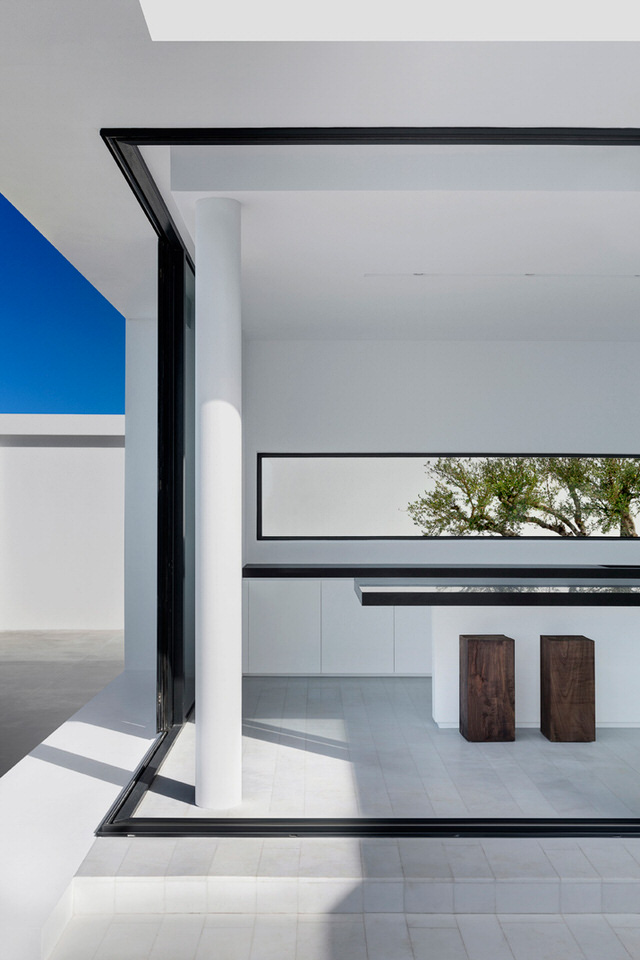 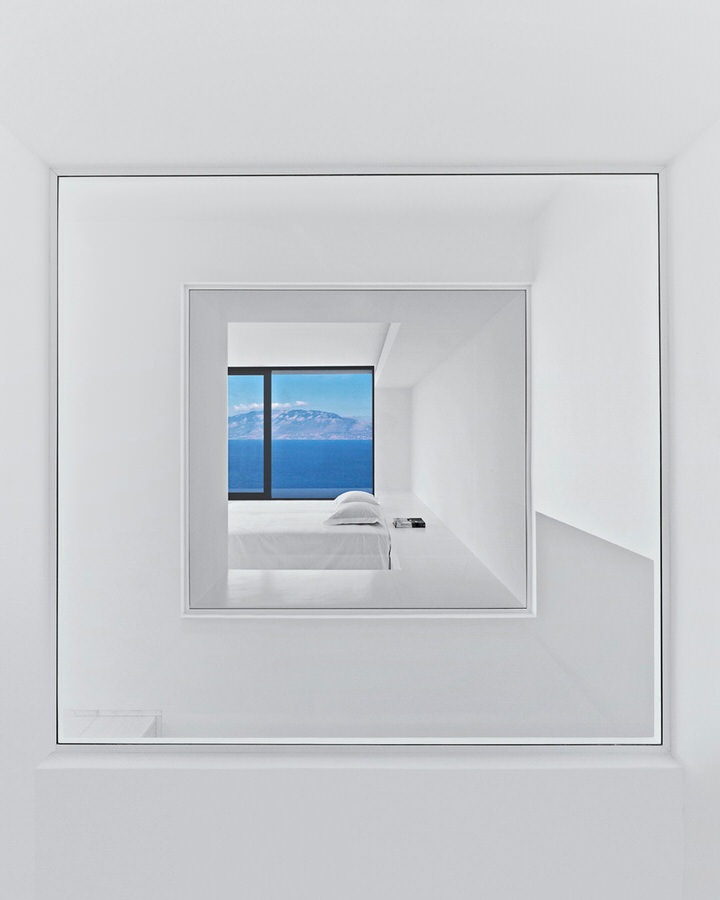 Facing the Klein blue of the sea, the white rendering sparkles like the foam on the waves. Its chromatic contrast evokes the traditional houses of the Cyclades. Olivier Dwek reasserts this reference, convinced also of the need to draw inspiration from the history of vernacular architecture to fit harmoniously into our contemporary time.oliverdwek.com 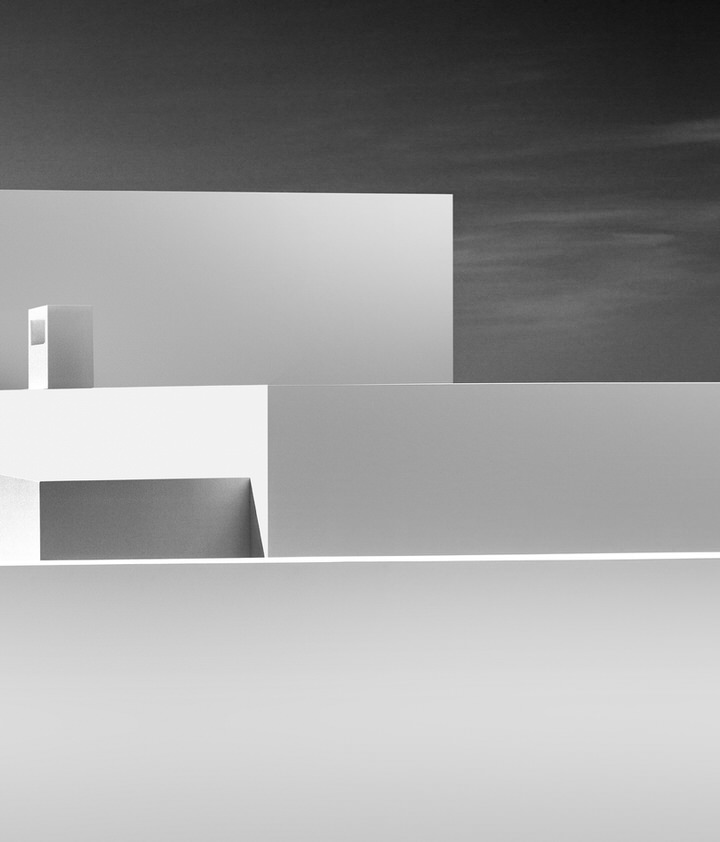 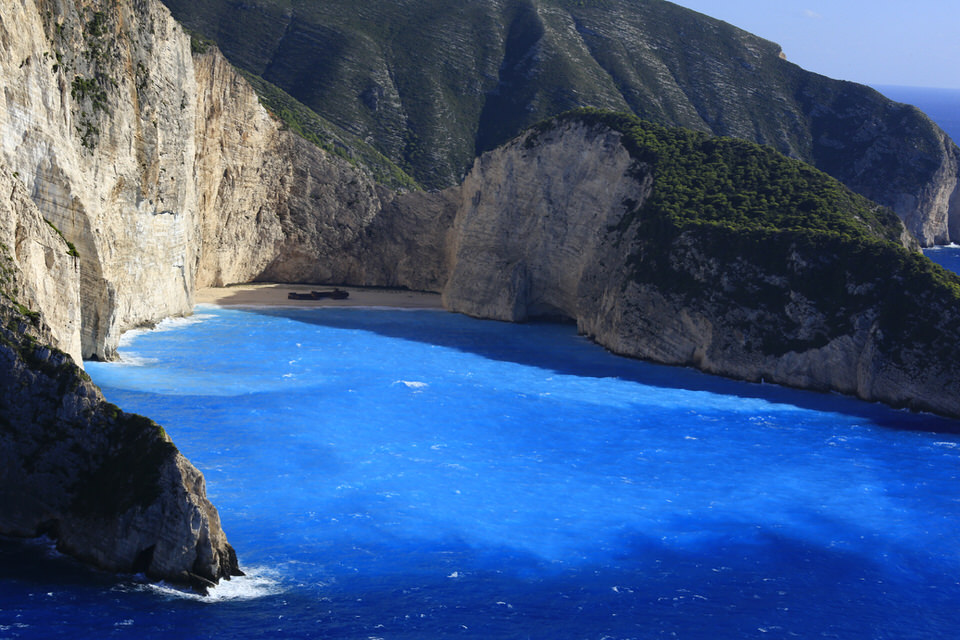 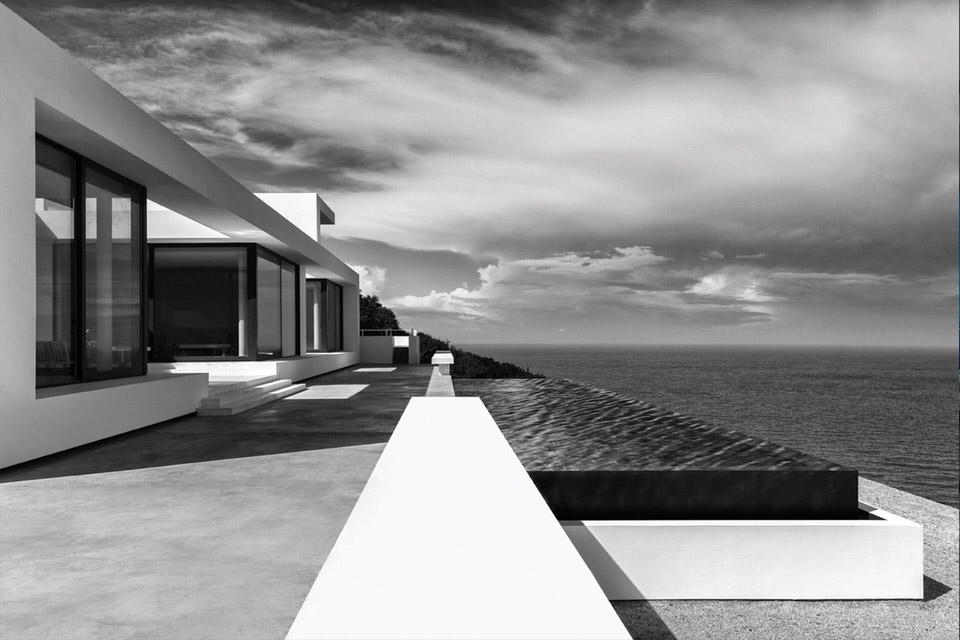 Needless to say, The Silver House won’t look quite as minimalistic as it does in these images once its filled with the day-to-day paraphernalia of life and its crisp white exterior has weathered somewhat. However in this purest form Silver House feels transcendental, as if it was made by Hephaestus himself. Indeed, despite its stark modern aesthetic, The Silver House remains true in some sense to the ancient greek vernacular, with its emphasis on open terraces, wide apertures and strong horizontal-vertical structures. 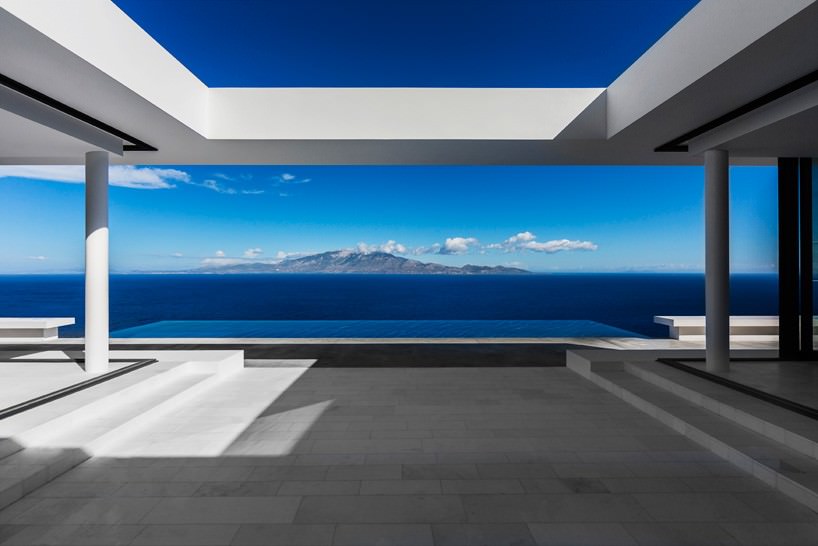