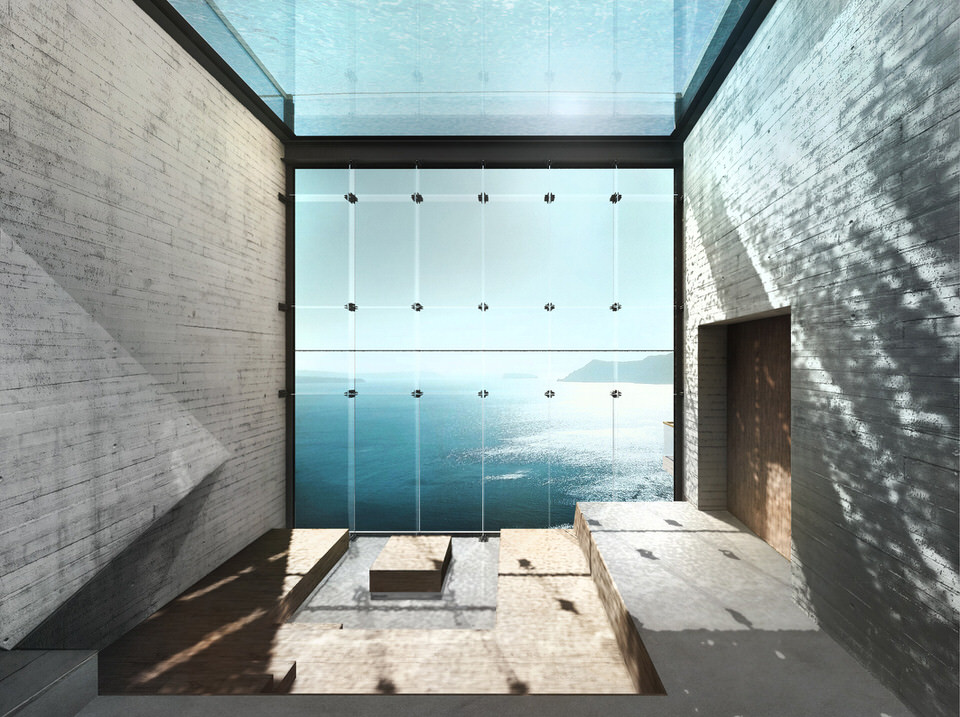 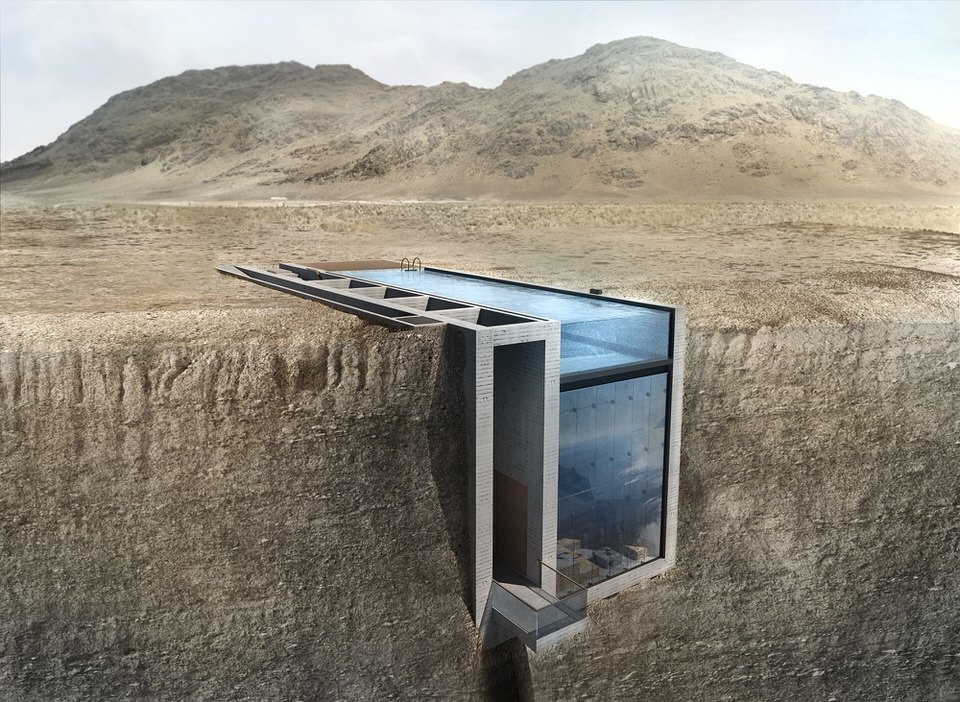 A most remarkable house concept by OPA Works, Casa Brutale is a concrete monolith discretely set into a Greek cliff overlooking the wine-blue water of the Aegean Sea. The images featured here are in fact just computer renderings at this stage, but OPA Works (Open Platform for Architecture) are actively seeking a client interested in realising the design. 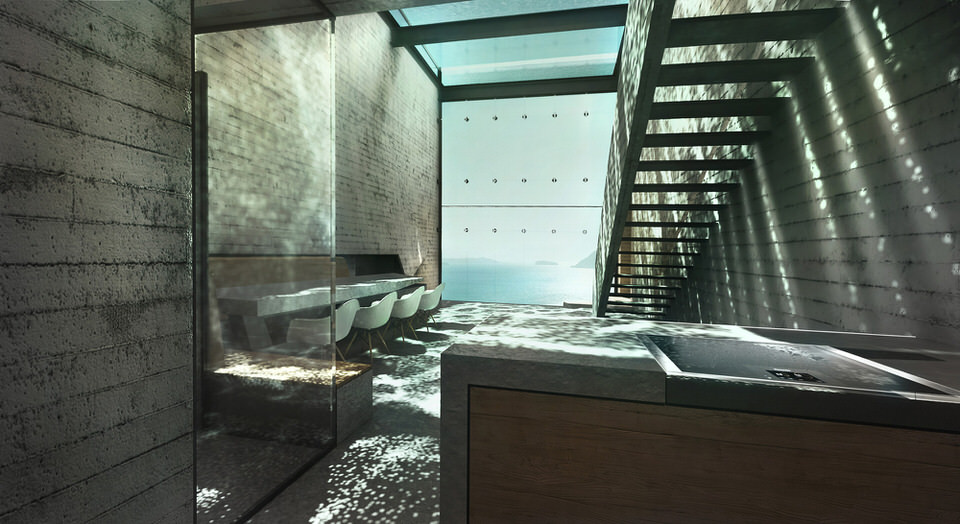 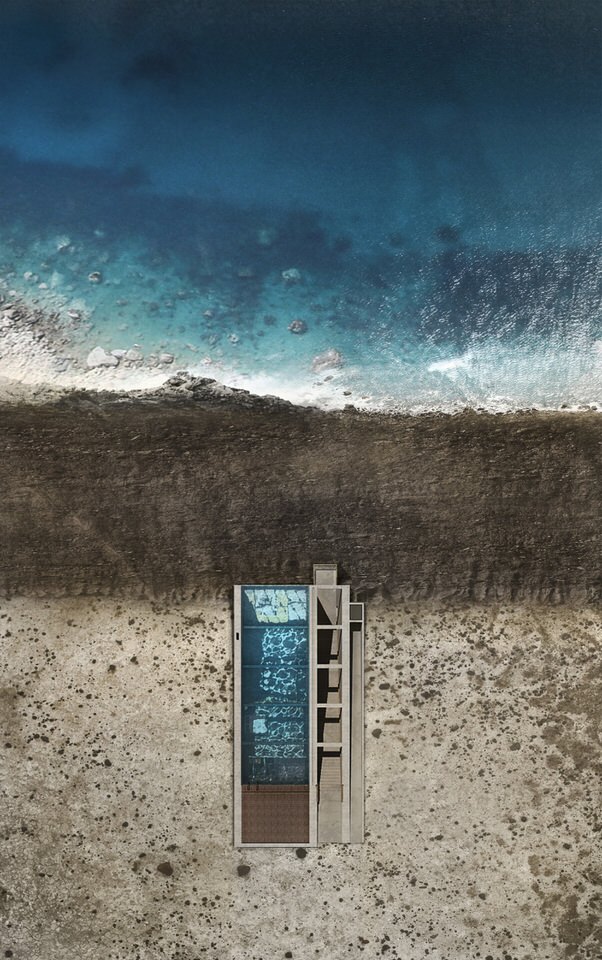 Casa Brutale is a geometrical translation of the landscape. It is an unclad statement on the simplicity and harmony of contemporary architecture. It is a chameleonic living space, created to serve its owner and respect the environment. It is the inverted reference to Casa Malaparte, encased and protected by the tender earth that has hosted the human civilization for millennia.OPA Works 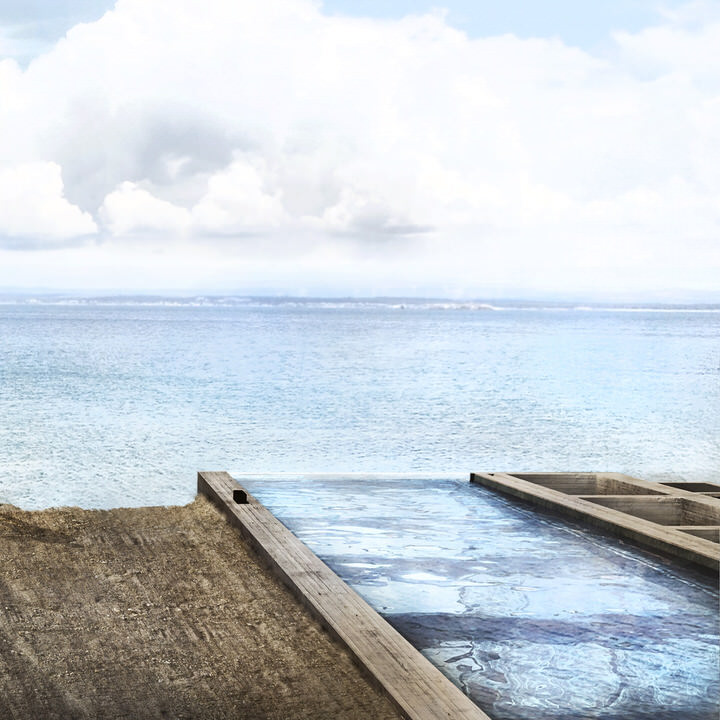 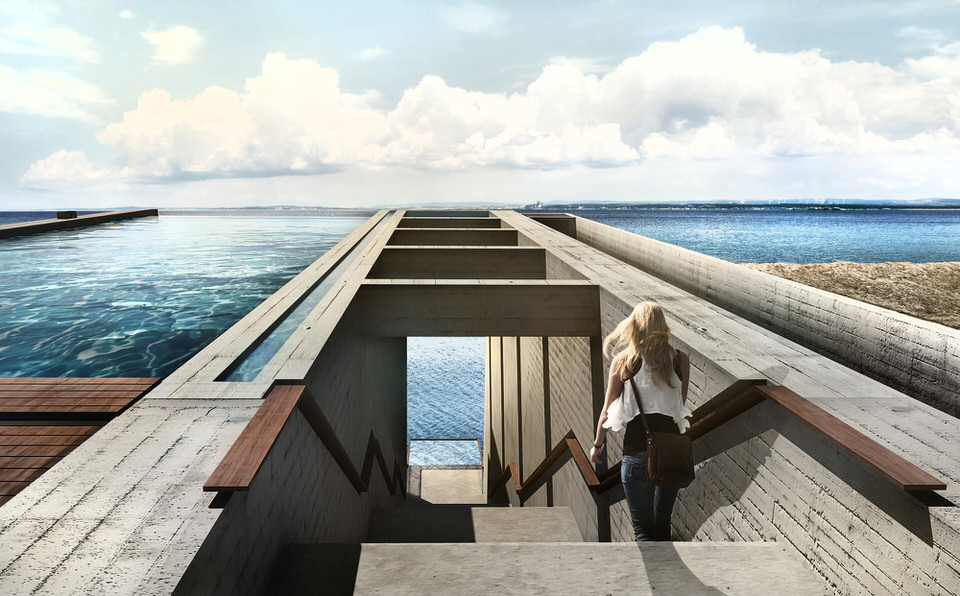 Those approaching the house would be greeted by a surreal glass-bottomed swimming pool, and a flight of 50 concrete stairs which seemingly lead down to the sea. This swimming pool in fact forms the ceiling of the interior spaces, refracting sunlight through its water to the residence. While the sheer amount of concrete required in its construction makes Casa Brutale far from eco-friendly, there are certainly some environmentally conscious aspects to the design of this unique dwelling. 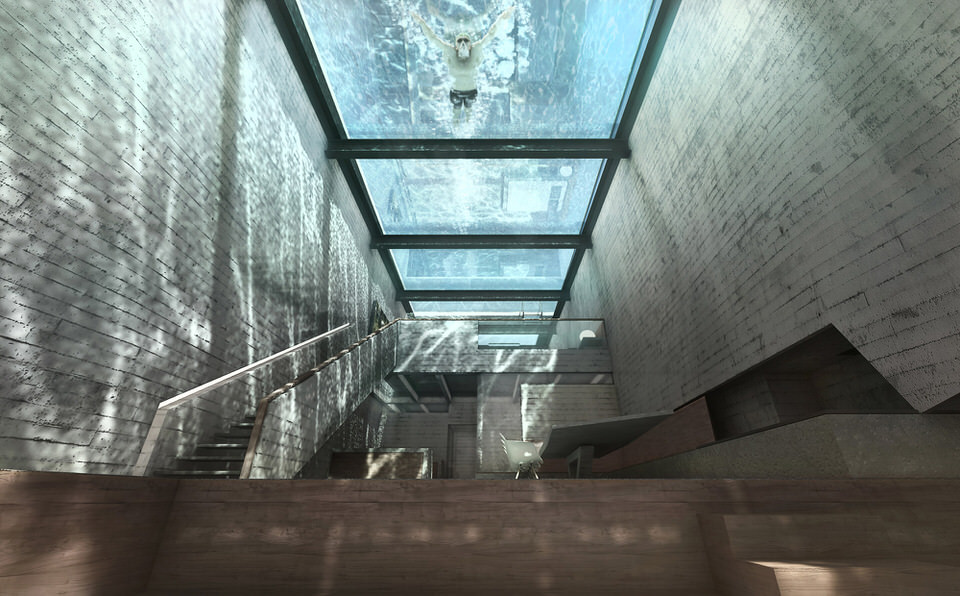 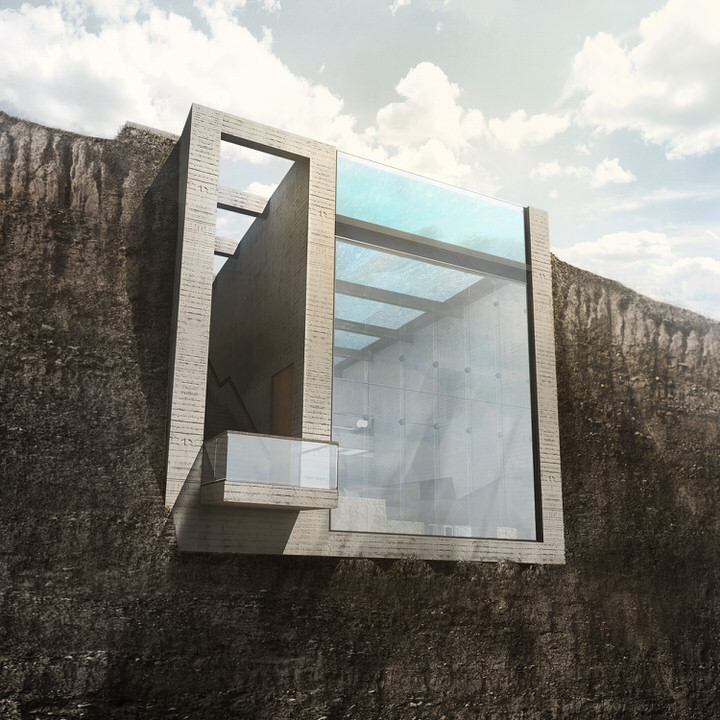 Most noticeably, the sizeable structure that is Casa Brutale would have little to no impact on the overall Greek landscape due to the fact that it is set completely underground. The seascape on the other hand is a whole other story as the only visible facade of Casa Brutale would point out to the Aegean, occupying a portion of previously unspoilt cliff side. 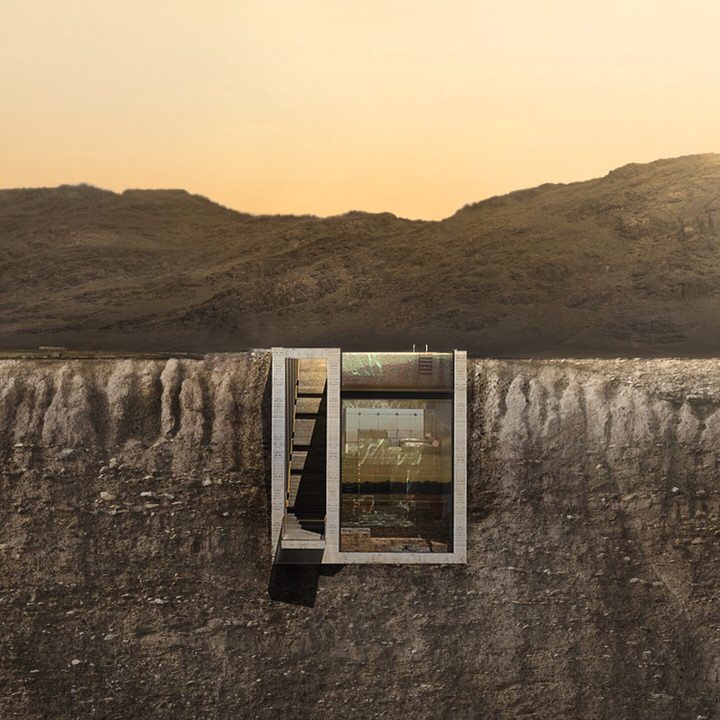 Heating and air conditioning can of course be one of the largest long term energy commitments for a dwelling, but the way in which the Casa Brutale concept is set within the ground would make regulating the temperature against the extremities of hot and cold a relatively effortless affair. The surrounding earth, which is in contact with four of the volumes six sides, retains a median temperature cancelling out the daily fluctuations in the ambient air temperature. 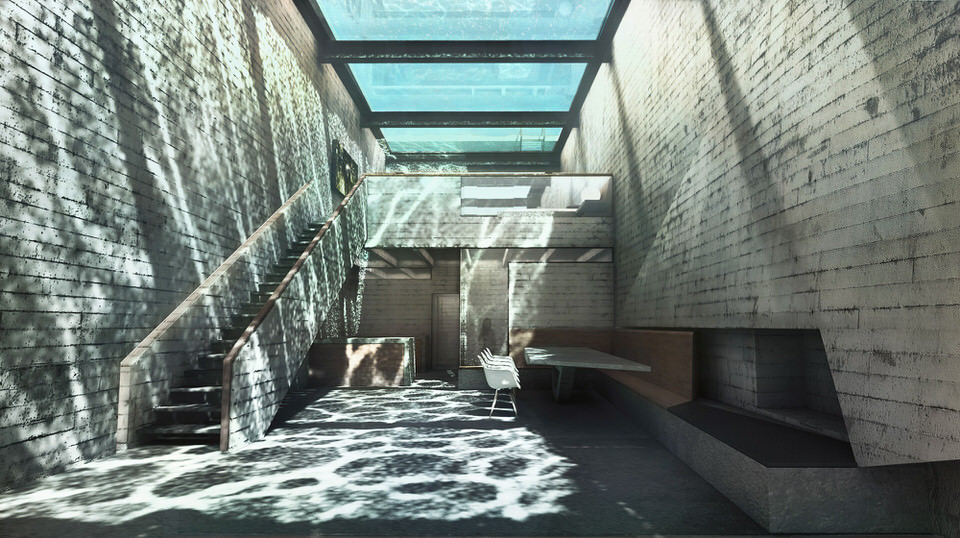