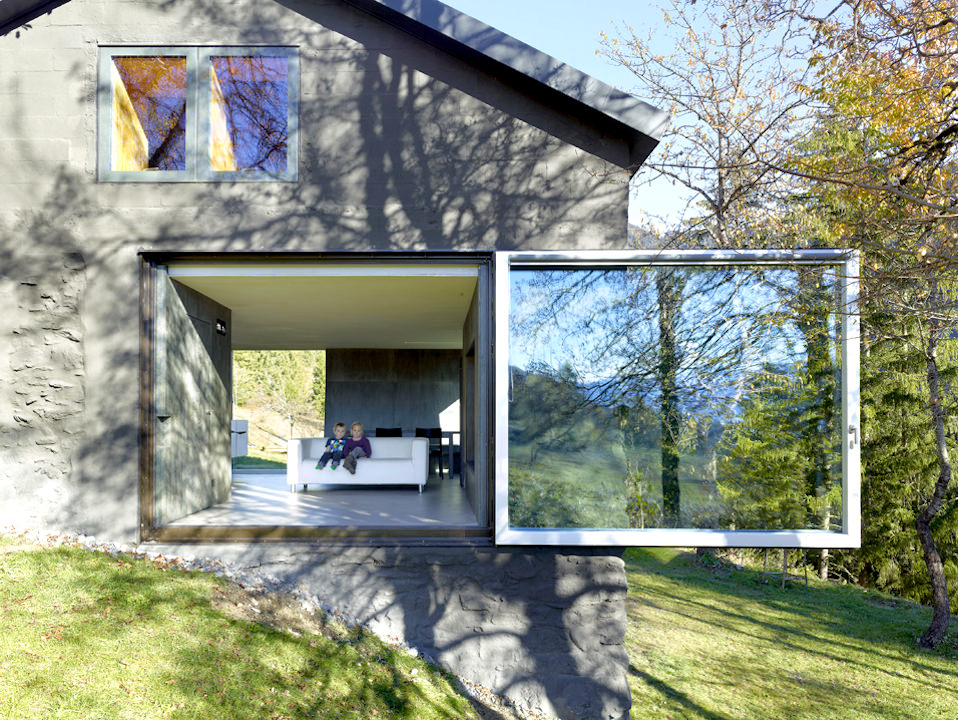 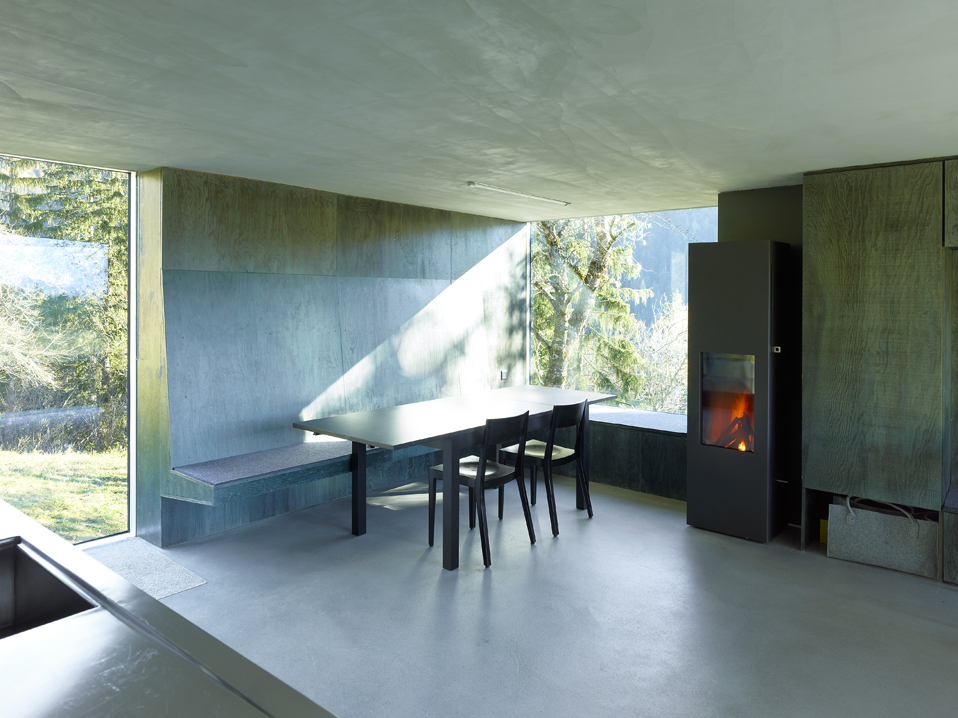 Savioz House is a small minimalist dwelling situated in Giète-Délé, a small village nestled within the swiss alps. The renovation was carried out by the architect Savioz Fabrizzi, for himself and his family. Savioz House is minimalist but in a ruthlessly honest way; the simplicity was achieved simply. From the perhaps accidental mis-match of exterior materials, to the extensive use plywood panelling on the inside, even down to using simple black netting being used as a barrier to the open staircase, Savioz House is practical and efficient. Furthermore it looks great, but it is never overstated. 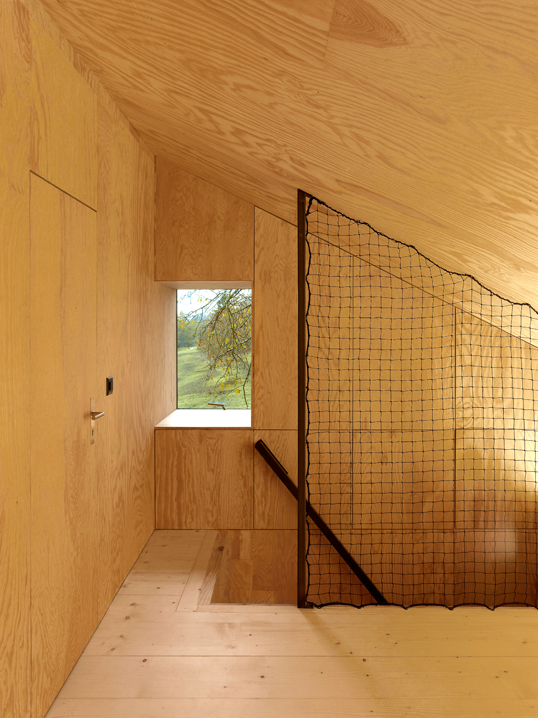 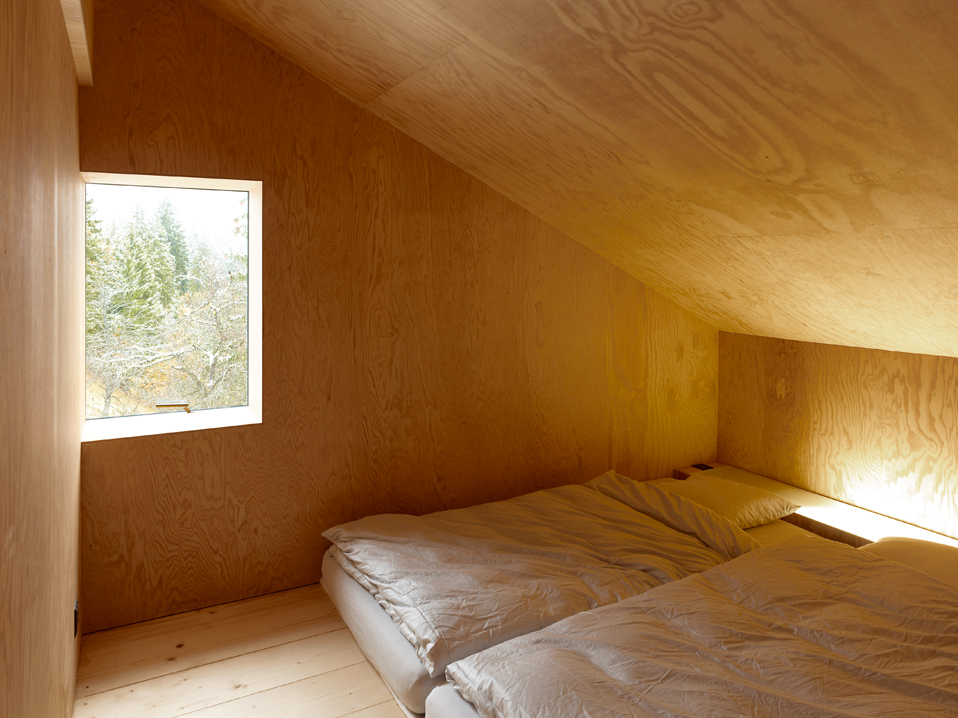 Savioz House prominently features wood and concrete; two popular mediums in minimalist interior design. High grade plywood with visible wood pattern covers the walls and ceilings of the upstairs bedroom while concrete has been used extensively on the downstairs including a polished concrete floor. There’s certainly a stark contrast in visual temperature between the two floors. 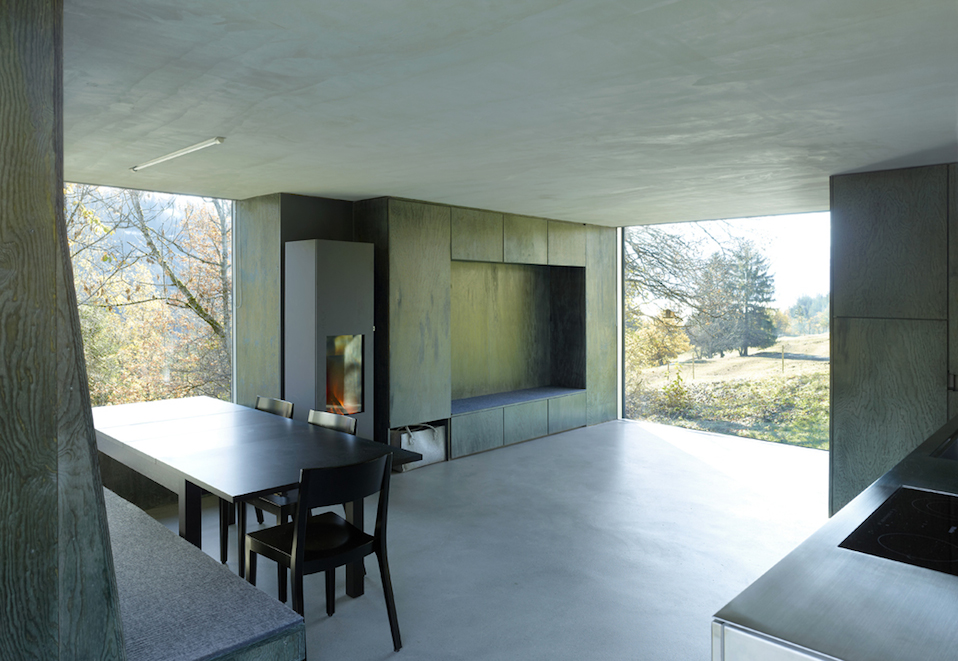 The cabinets in the downstairs living area and kitchen seem to be clad in plywood panels which have been given a sort of dark teal stain. The colour gives the room a somewhat murky atmosphere but it is punctuated brilliantly by some enormous windows. These openings let in plenty of light and frame the surrounding swiss landscape perfectly. 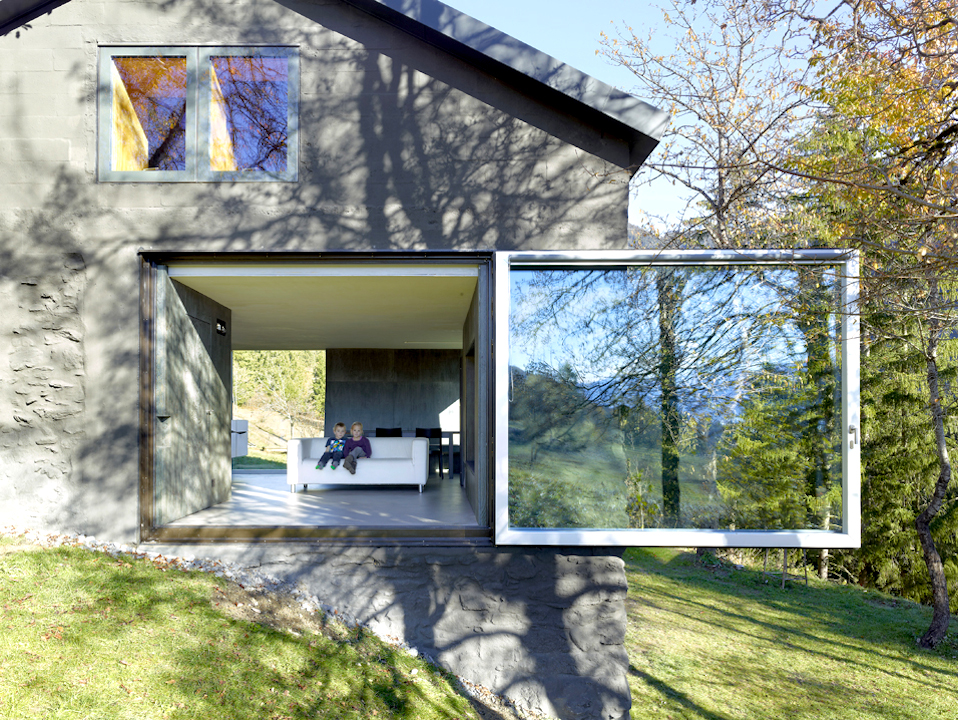 One of these windows also serves as a huge sliding door which protrudes from the side of Savioz House when opened. The opening it creates is so large in fact that it looks more like an absentee wall and the slope of the garden in front of it makes it possible to step out on the left side (or jump on the right). 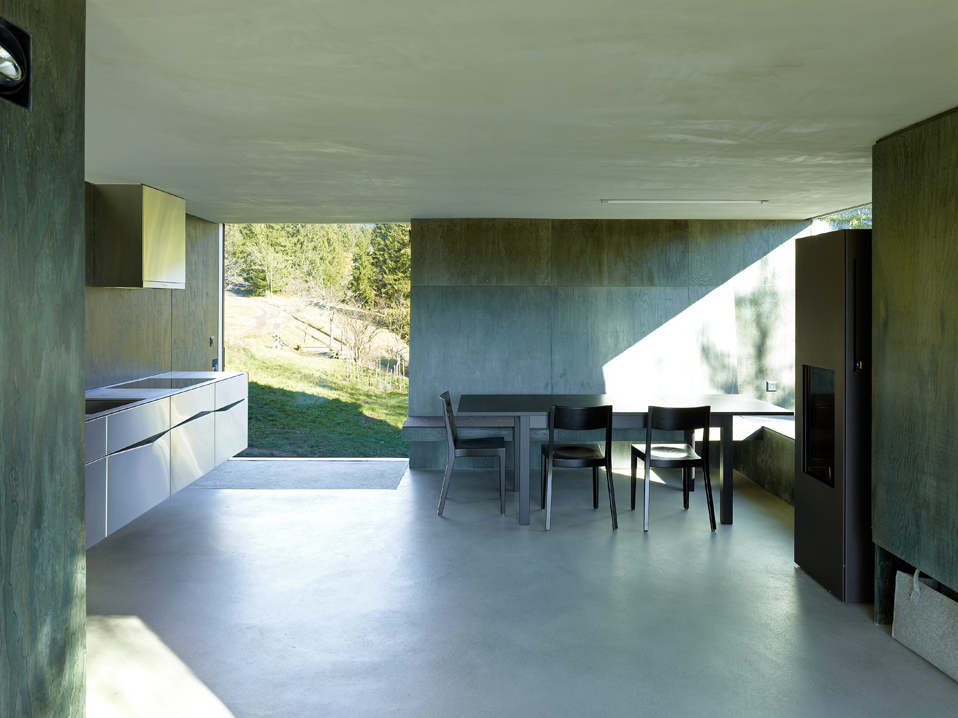 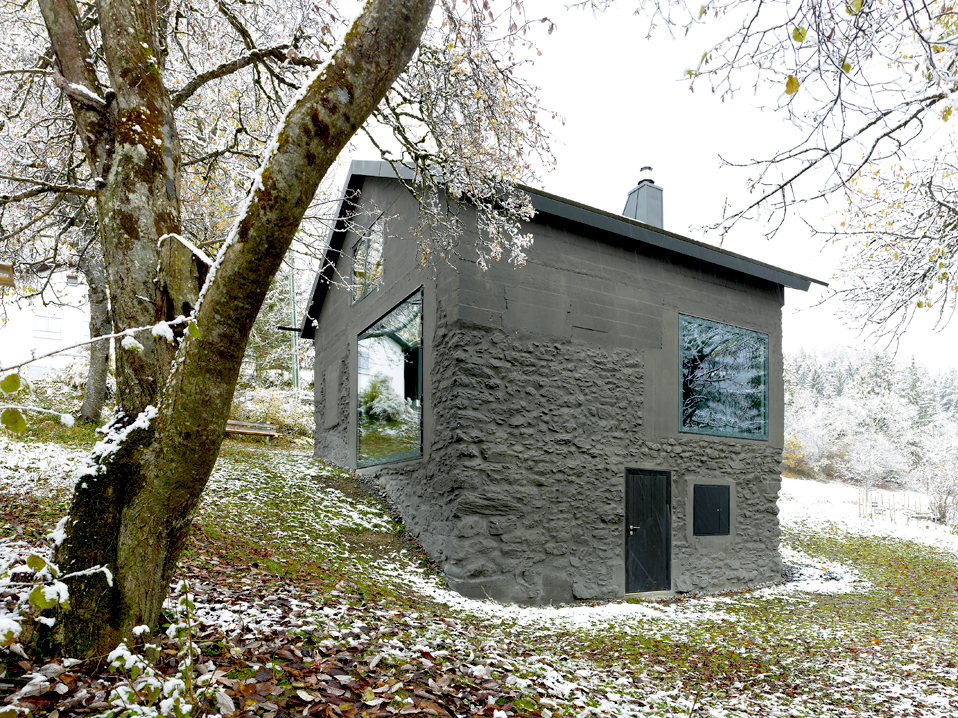 The exterior has been painted grey and with the light teal glint of the windows matches the colour scheme of the downstairs interior. However the exterior finish with its devil-may-care mix of materials certainly isn’t as neat as the interior. There’s traditional natural stone on the lower storey while the upper walls appear to be made up of block work and render. On one hand there’s something quite lazy in this mis-match of finishes but on the other there’s something pure and efficient about it with the render around the windows being left as is.

It also tells a story about the house’s past. As this picture illustrates, prior to conversion the house was completely rendered and it would appear that this smooth render was removed during the conversion, only to reveal that the building was extended vertically at some point with what is considered a less aesthetically appealing material: blocks. That’s my theory anyway. I don’t recall ever having seen natural stone walls painted over in medium grey but it just sort works; the rough,irregular surface of the stone creates areas of shadow which provide more contrast than they would had the wall been painted white, as is the norm.