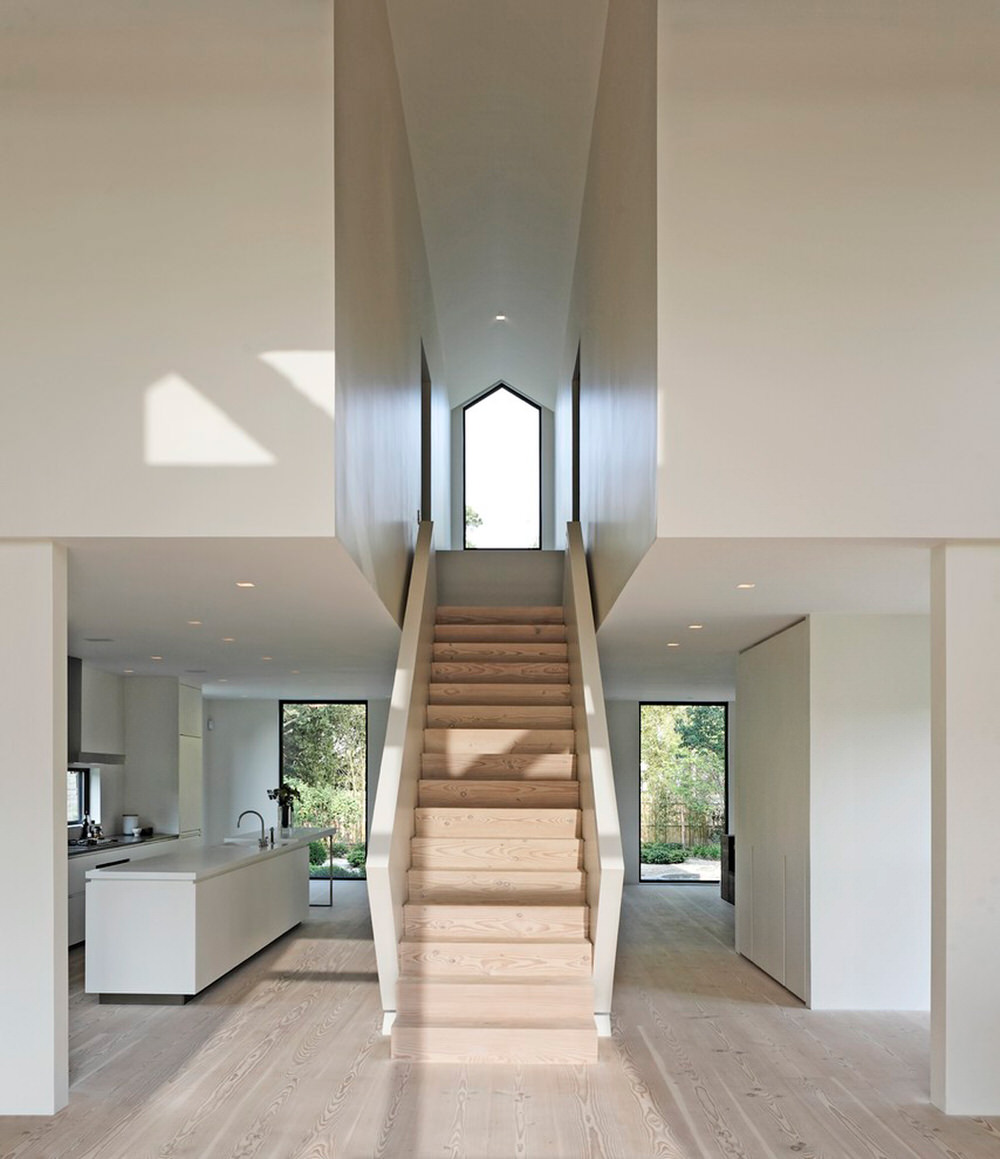 It’s hard to believe that the structure converted was actually a ‘fake’ barn built in the 1980s. This revelation is perhaps cushioned by the fact that the timber used on the exterior was reclaimed from a 200 year old barn in Canada, and by the traditional sash windows that sprawl along the sides of the volume like cannons from a galleon. 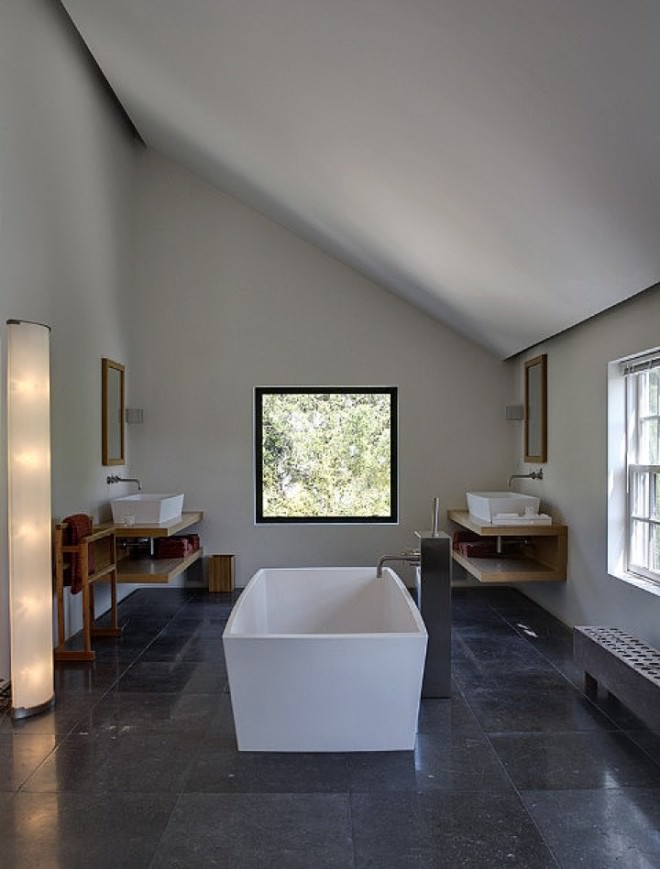 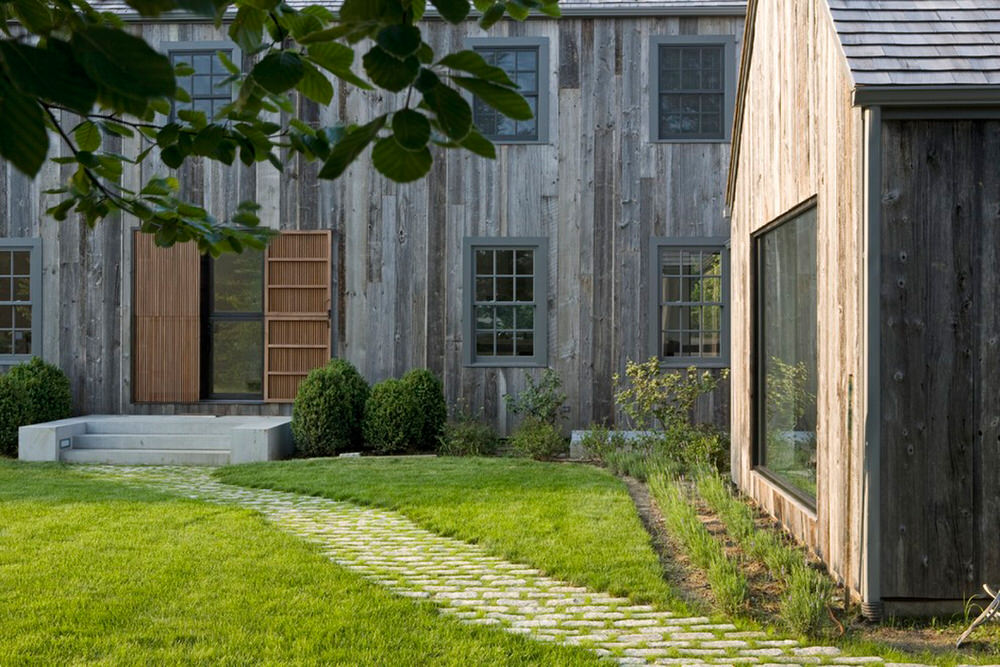 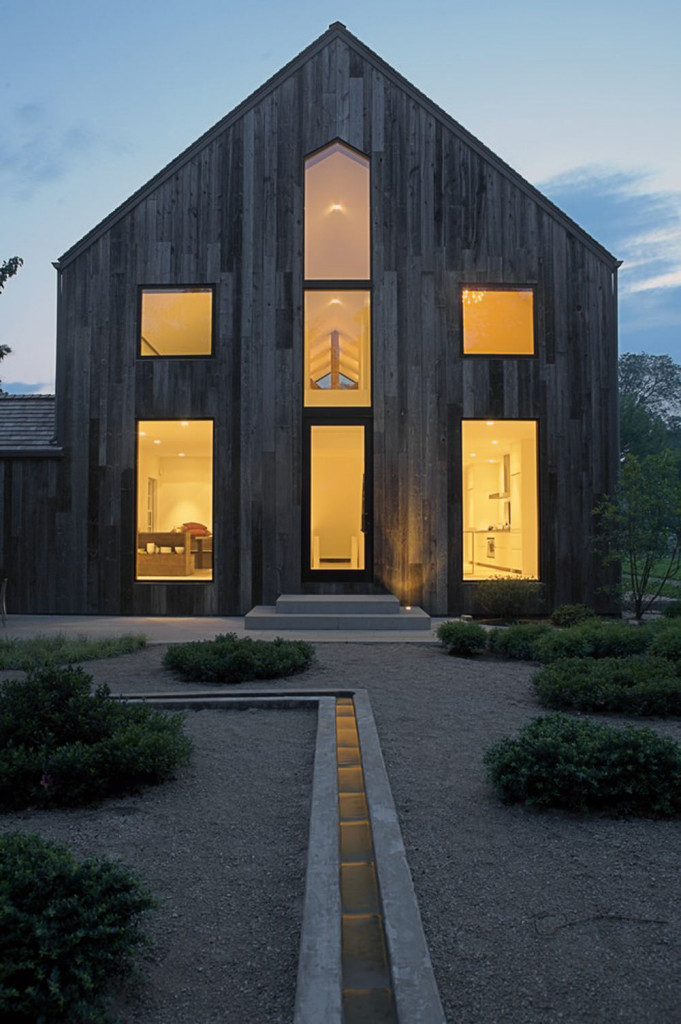 D’Apostrophe Design’s Barn House in Remsenberg, New York is defined by the array of monumental windows that span its gabled facades. I find it strangely frustrating that the angles of this topmost windows don’t match the inclines of the pitched roof, but this minor contrivance, or lack thereof, isn’t something I’ll lose sleep over. The prolific symmetry that runs rampant throughout the rest of the dwelling more than makes up for this imperfection. 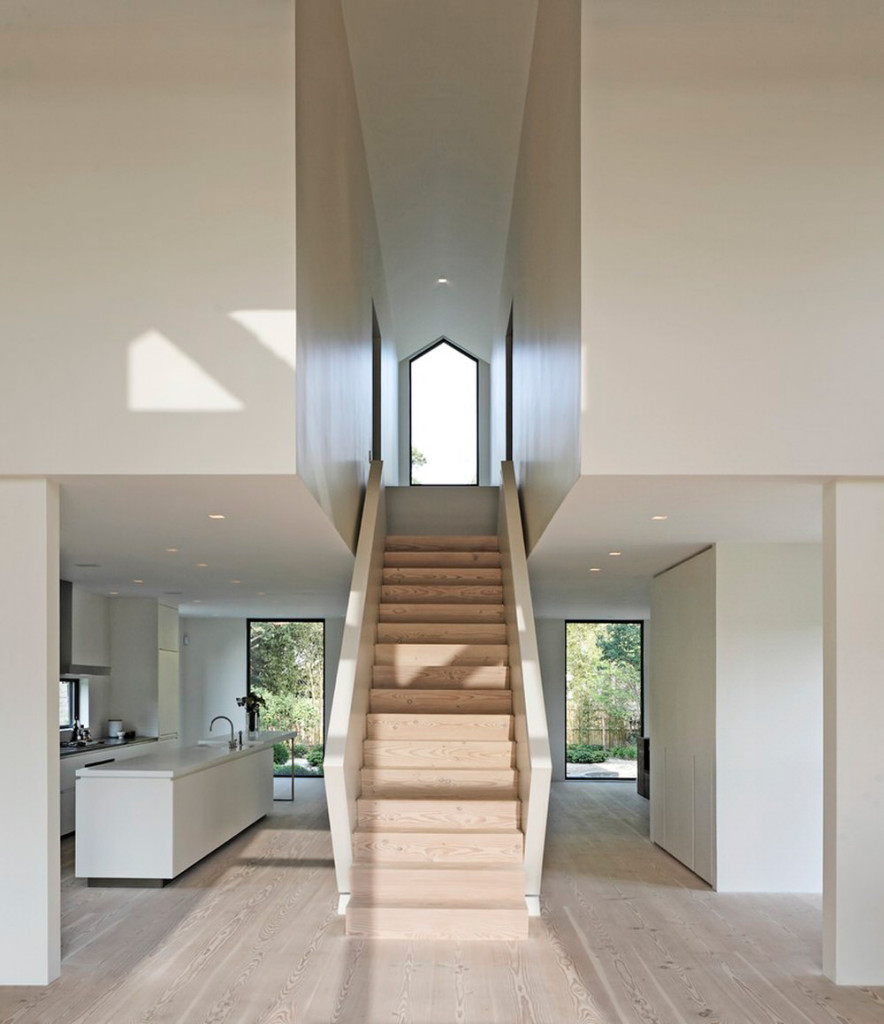 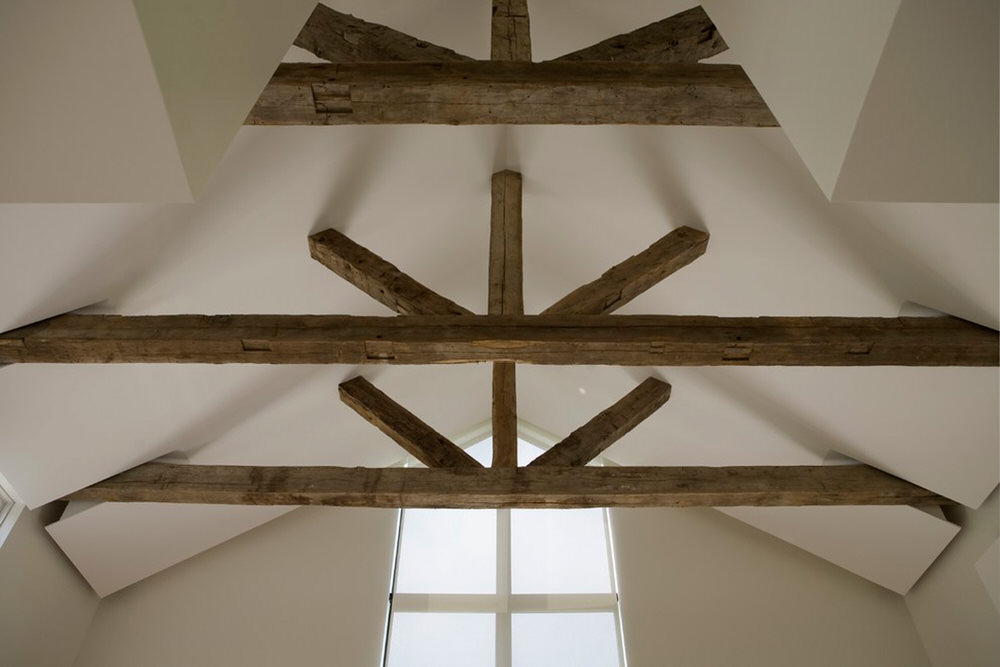 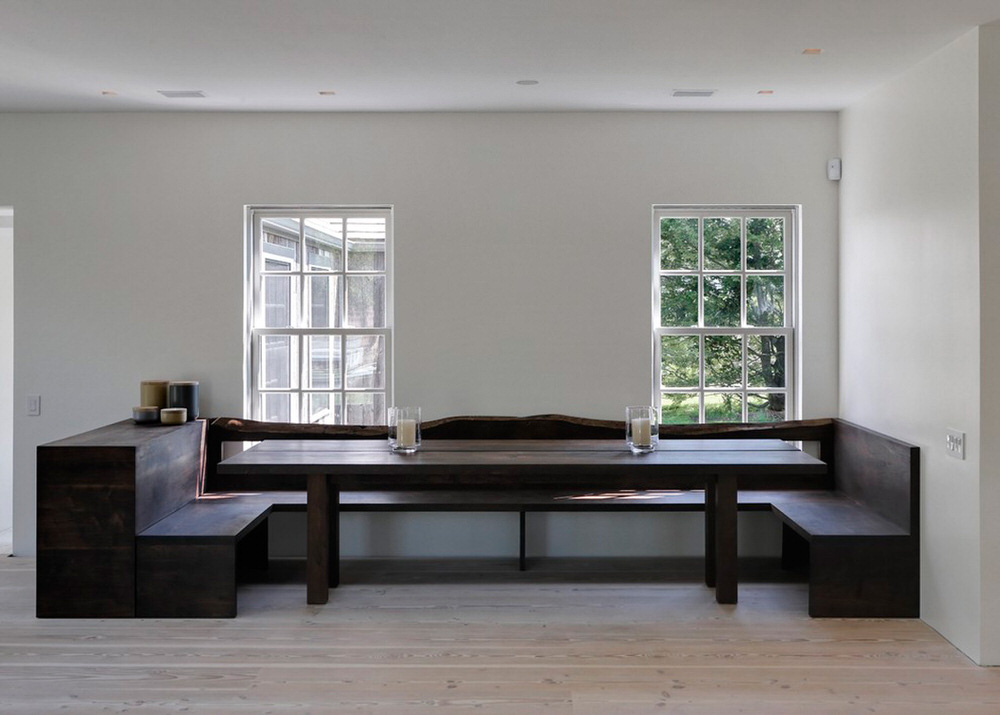 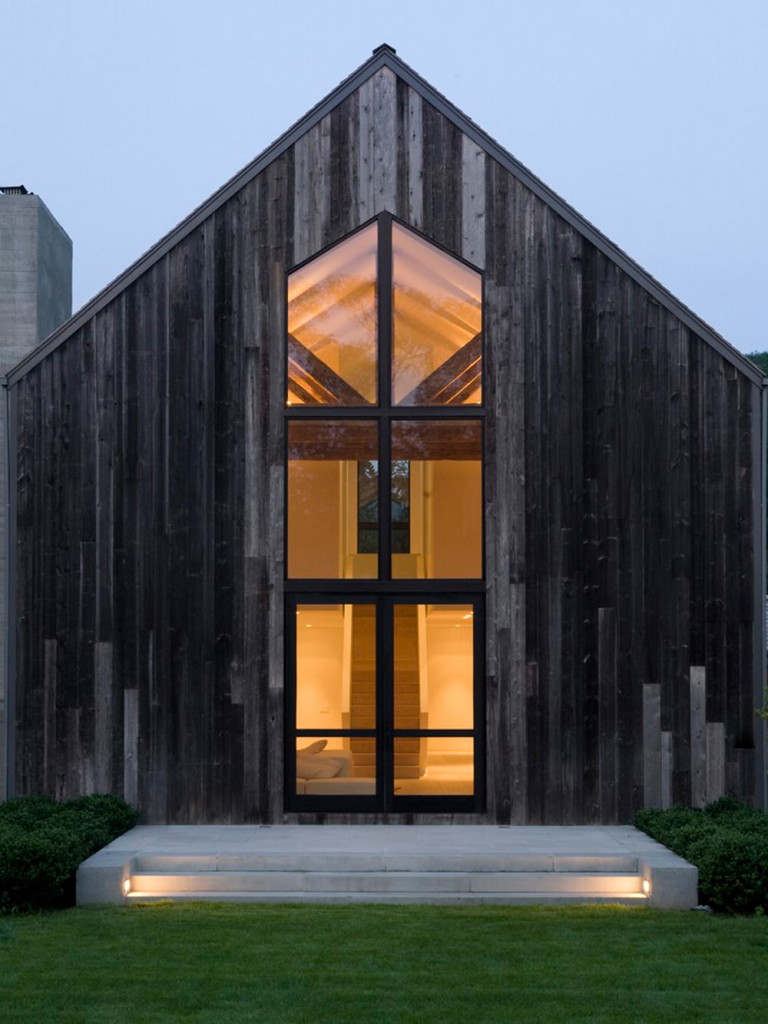 This renovation project is by far the most progressive, yet simultaneously uncorrupting, barn conversion we’ve seen to date. The team have an uncanny knack for equilibrium, both in the unceasing symmetry inherent in the structure, as well as in the balance of tastes. Herein lies clean modern minimalism, characteristic period features, as well as some subtle, recondite design quirks hidden in the interior geometry. 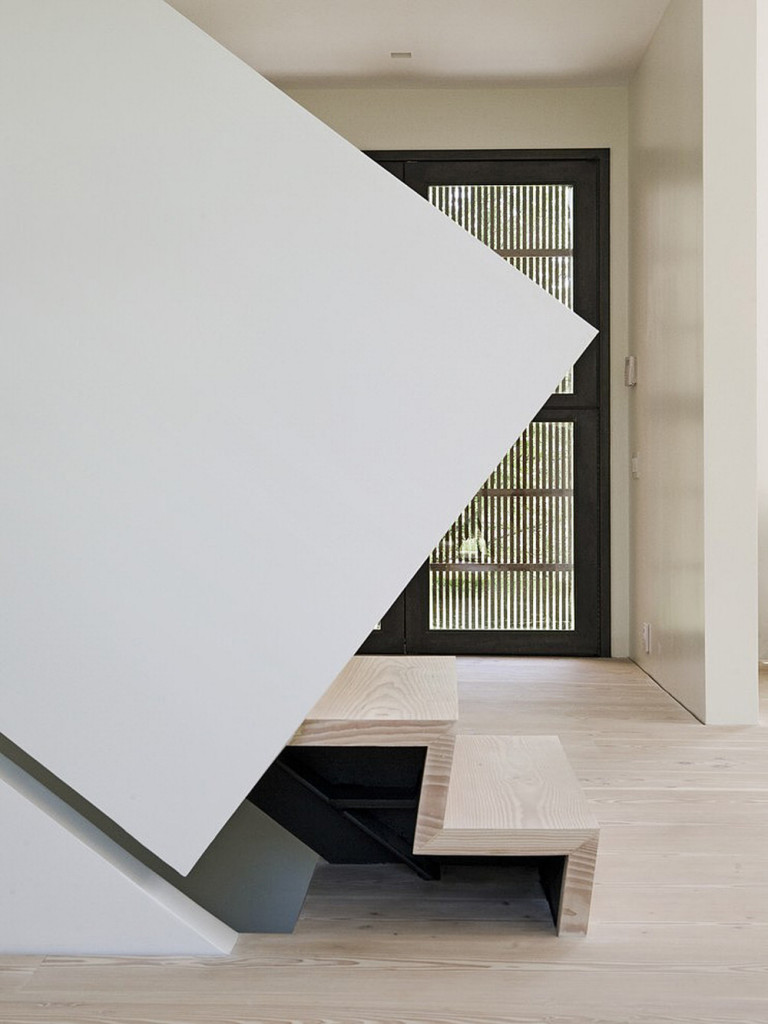 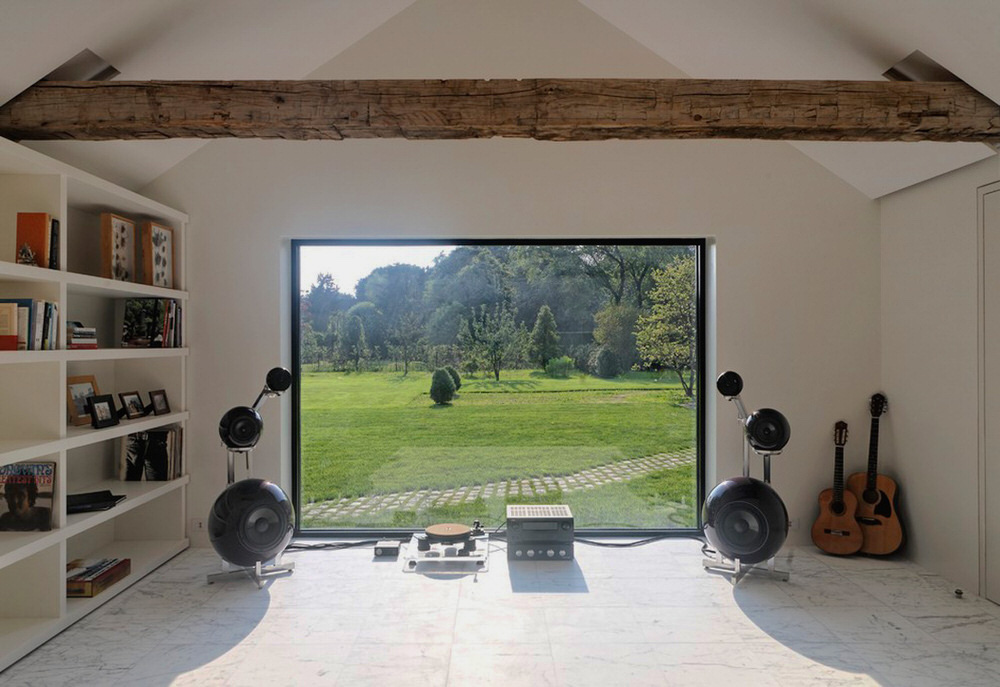 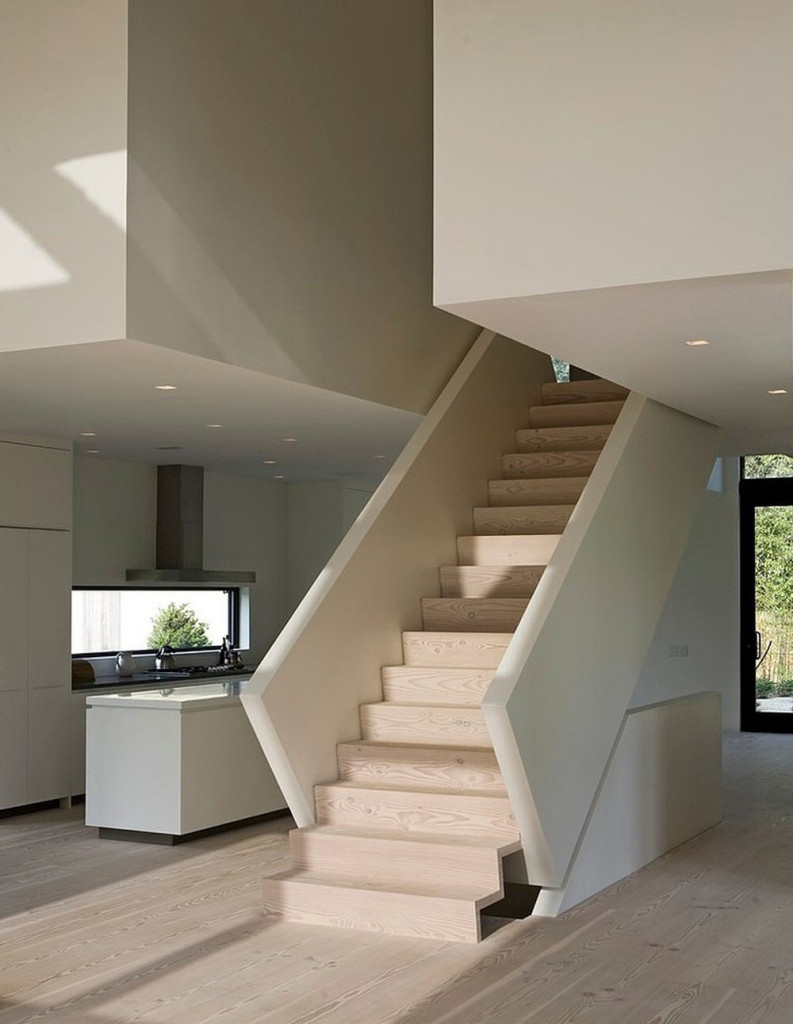