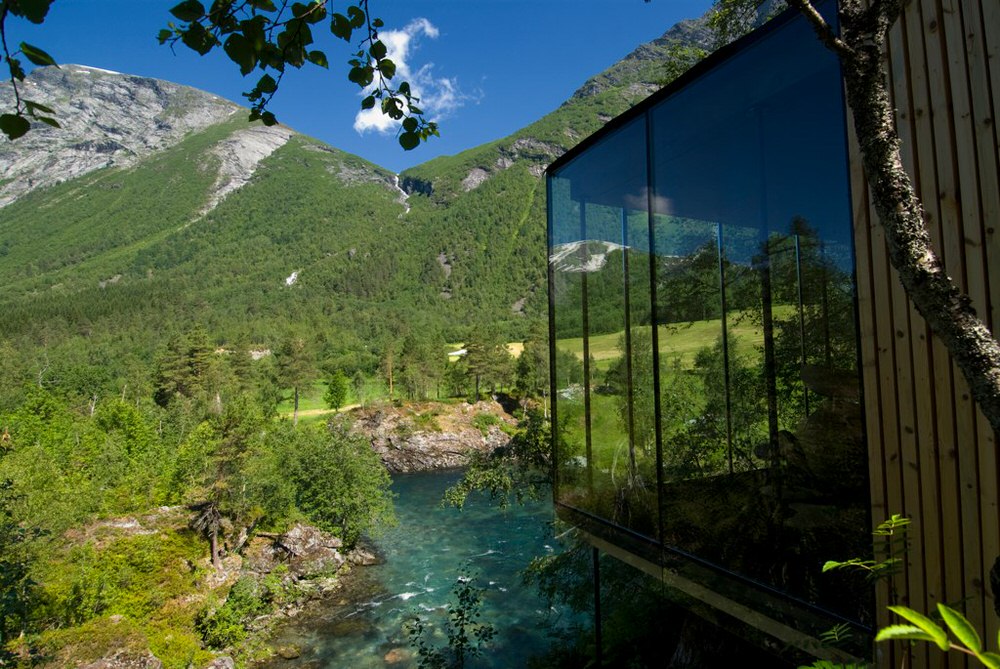 Juvet define themselves as a ‘Landscape Hotel’; a curious sub-genre, but an entirely apt term nevertheless. They have claimed the status as the first such landscape hotel in Europe and it certainly makes sense that this pioneer should be in Norway — the home of fjords and mountains. 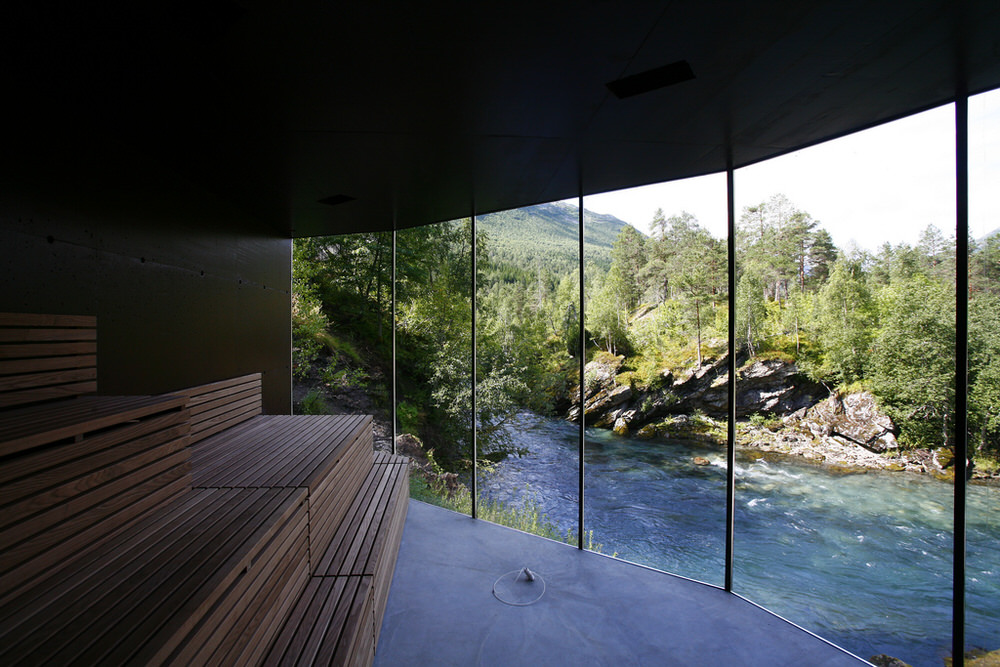 The individual cabins overlook a rocky meander of the River Valldøla, which flows into a fjord on Norway’s west coast. Many of the walls of the chalets are entirely glazed, and some of these full-wall windows even span corners. This makes for an even more immersive experience of Norway’s landscape. 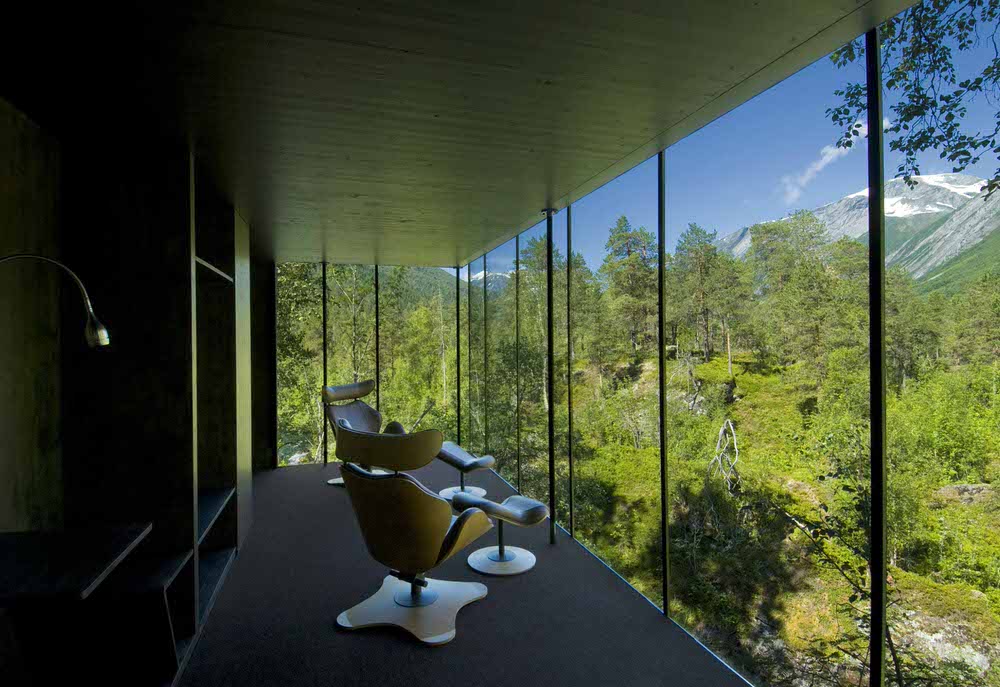 In this little village in rural Norway, modern architecture encounters the natural and cultural landscape – and shows that the modern and innovative can go hand in hand with local building traditions and good, old-fashioned handicrafts.Juvet 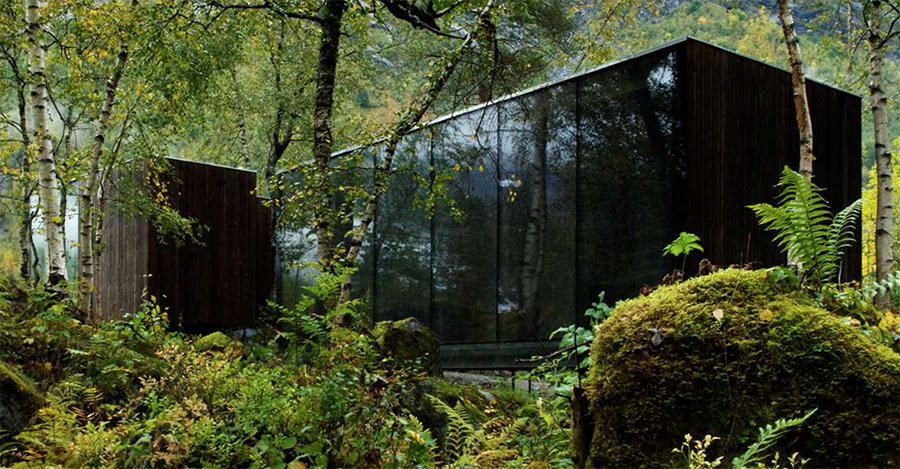 The Juvet accommodation is comprised of nine standalone rooms — two of which were added recently in a second wave of construction. Permission was granted for a potential 28 guest rooms in total, but this is on the condition that the prized terrain that the hotel is set on isn’t altered in any way. Instead, the largely timber structures were built on supports that raise them from this angular and rocky substrate, making for both an affordable and sustainable construction. 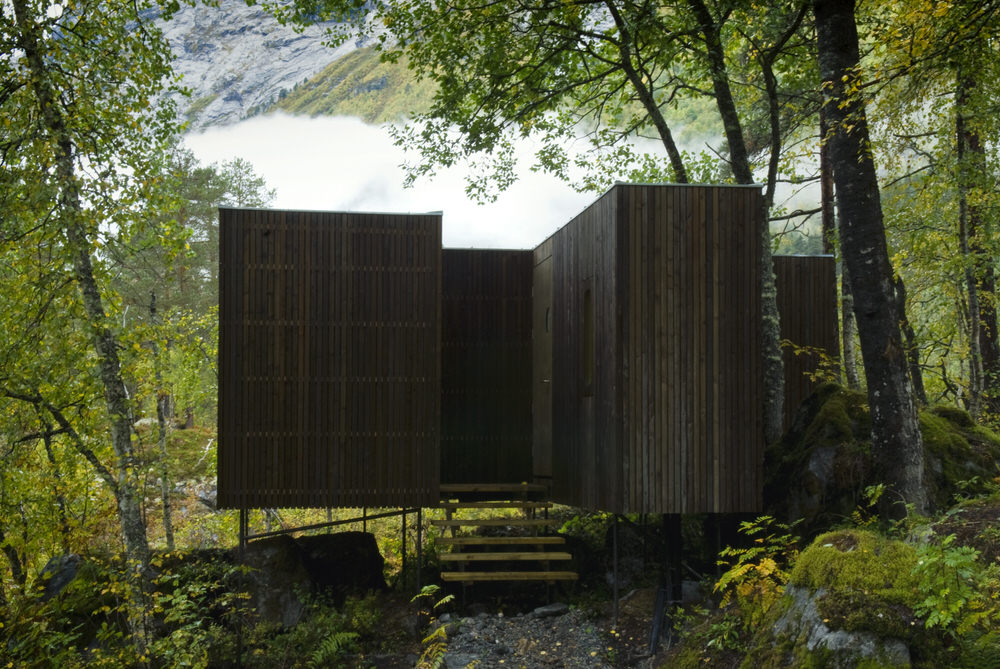 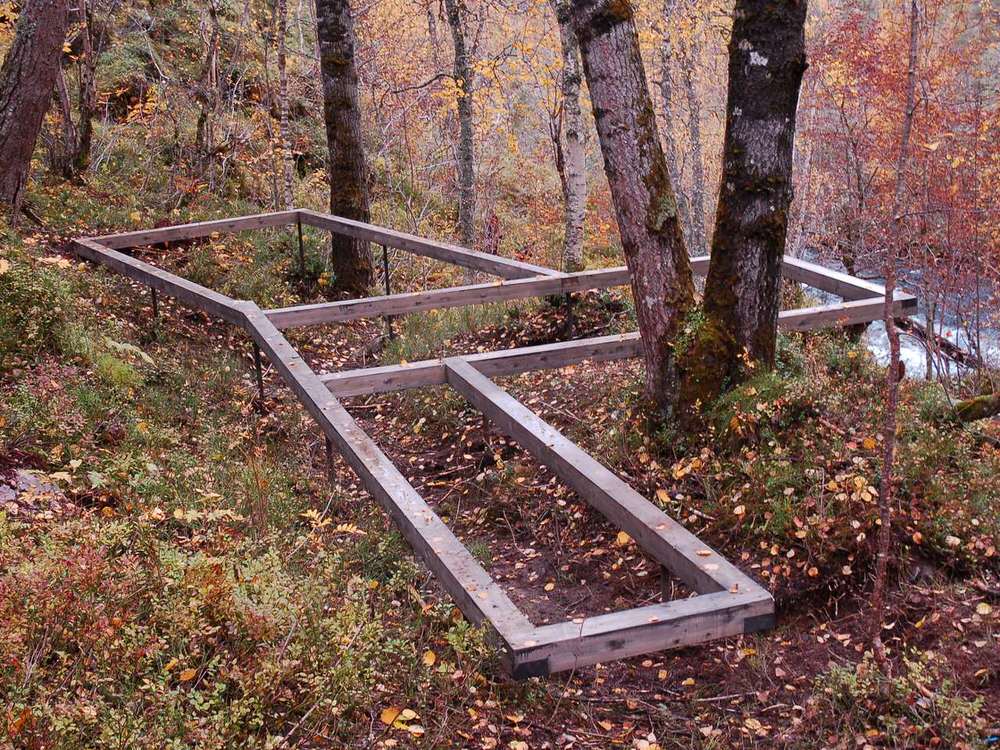 We think that conservation of topography is another aspect of sustainability which deserves attention. Standard building procedure requires the general destruction of the site to accommodate foundations and infrastructure before building can commence. Conserving the site is a way to respect the fact that nature precedes and succeeds man.Juvet 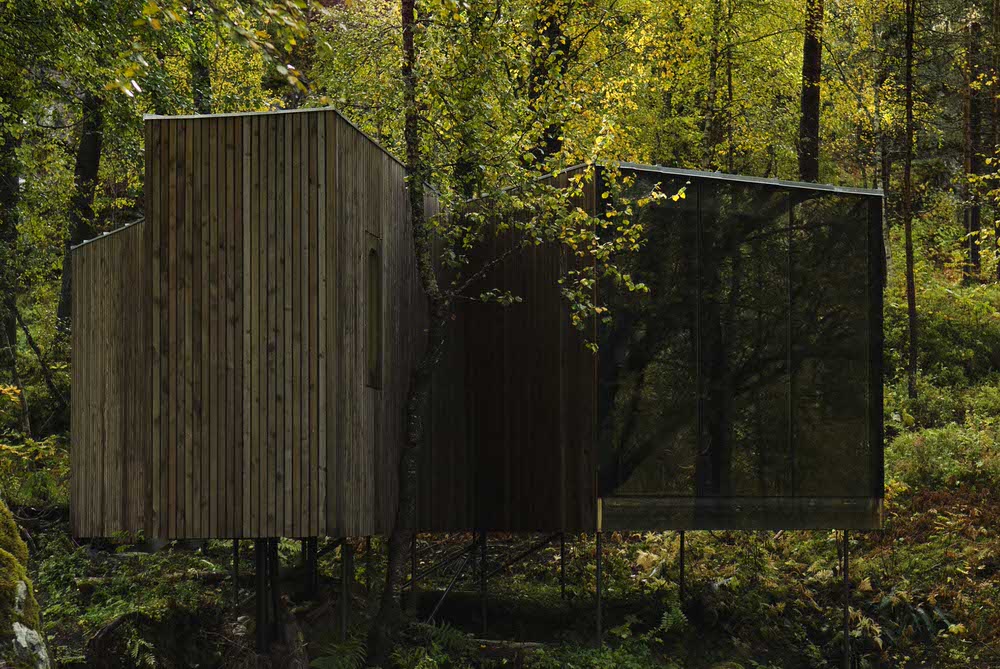 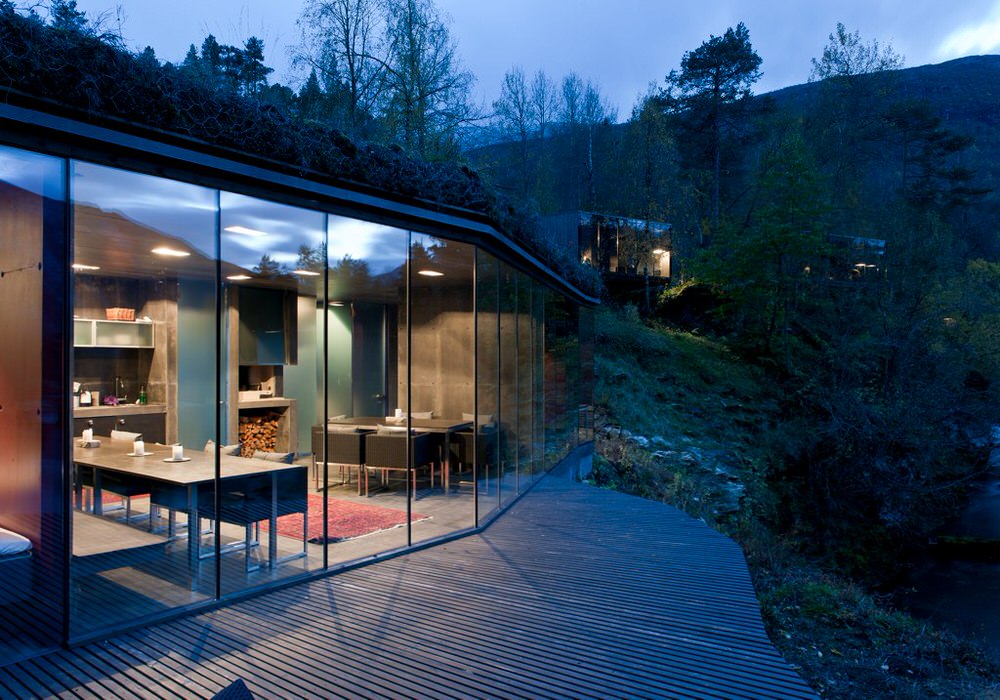 If you want to stay at the Juvet Landscape Hotel, the prices per person per night in a double cabin is a flat NOK 1,450 (£125 / $186 / €166) and the cost is the same all year round. Please note that this figure was last checked on Juvet’s official website in January 2015 and may have subsequently changed. 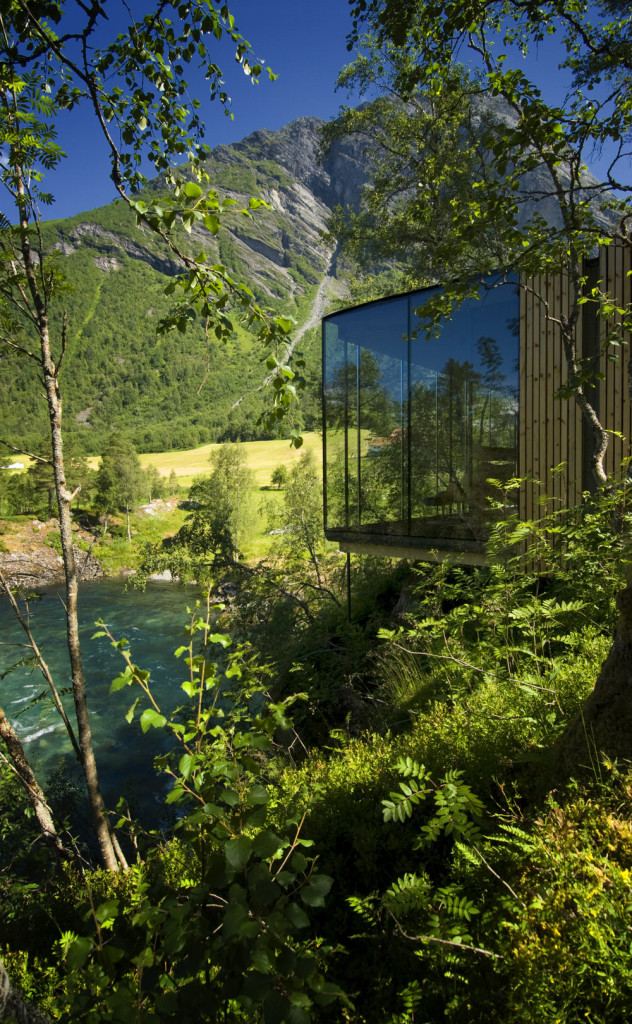 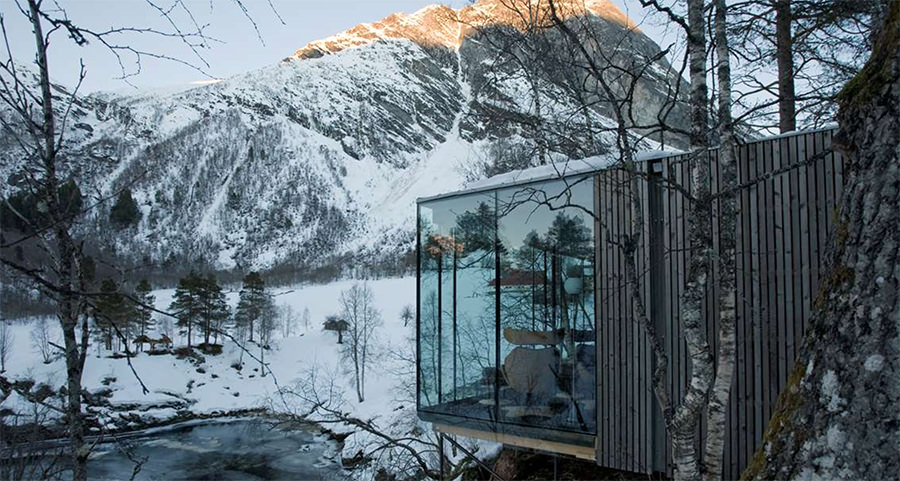 Seems familiar? The Juvet Landscape Hotel was used as a shooting location for the upcoming 2015 film Ex Machina.