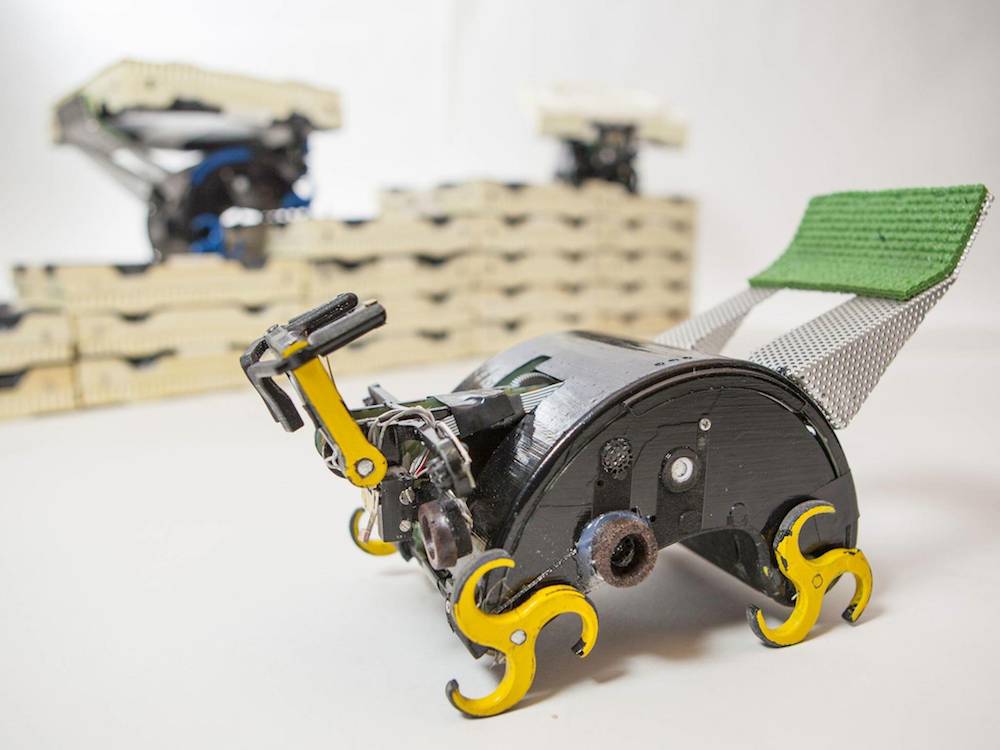 Researchers from Harvard have developed a group of robots inspired by termites which can autonomously build structures. TERMES robots have an arm for lifting brick modules and hooked wheels for ascending the existing structure to lay the next brick. The research was lead by Radhika Nagpal and funded by the WYSS Institute for Biologically Inspired Engineering.

The robots draw inspiration from termites in that they’re able to work together to build a structure considerably larger than themselves without means of communicating with one another or direct supervision. Instead the TERMES robots have sensors for reading their surroundings and determining their next task independently like termite insects who don’t have the capacity for direct communication. In nature, an 8 foot termite mound can be formed over the space of a year by progressive generations of termites, all while the mound itself is being eroded by the wind and rain as it is being built.

“The key inspiration we took from termites is the idea that you can do something really complicated as a group, without a supervisor” – Radhika Nagpal

TERMES robots feature hooked wheels which due to their curved arms end up being roughly circular. This allows smooth movement while the hooked ends enable the robot to grip and climb up the existing jagged brick structure as the video above demonstrates. The robots pick up the brick modules with a forklift arm and then rest the bricks against a pad above them. This system does of course require specially designed bricks but this would be easy for brick manufacturers to accommodate. 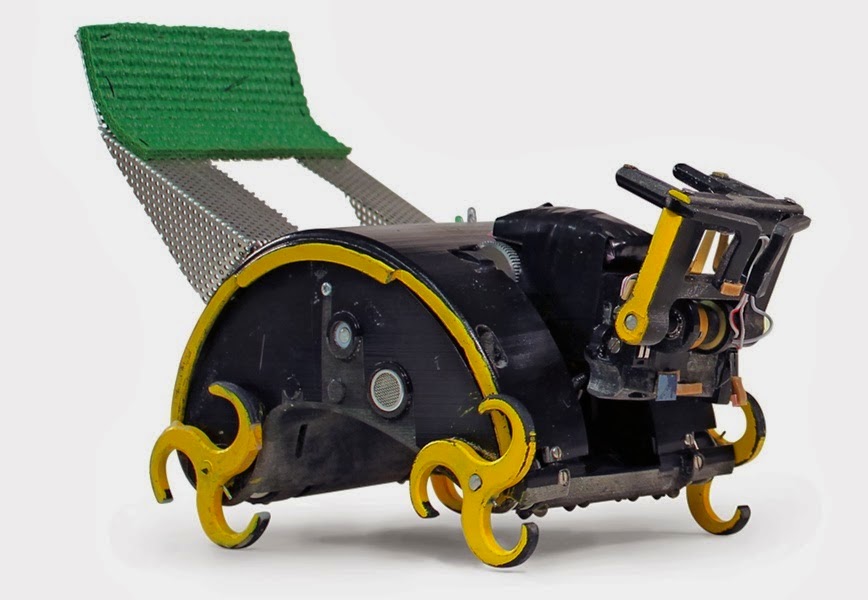 The potential uses for robots in brick laying and general construction are huge. Groups could be sent to the moon, Mars or other planets to construct bases ahead of human settlement. As for applications closer to home, divisions could be sent into uninhabited regions of Australia and the US to construct entire cities from plans with minimal human interaction. Robots could also be used for building structures in hazardous conditions when there’s risk to human life. This could mean erecting flood defences, as well as bridges and other high structures without the need for scaffolding or other safety equipment.

Some are already annoyed that developments like these will be the end of brick layer’s jobs but a change over to robotic building systems would likely be gradual giving the construction industry time to adapt. The cobb builders must have been livid when brick layers came along and people no longer mourn for them. This is called progress and as a result even the most basic social housing in the UK has amenities that the likes of Louis XVI could have only dreamt of. People no longer need to work long days in the fields for their sustenance and it’s because of incremental innovations like these termite-inspired brick laying robots that standards of living improve for all. 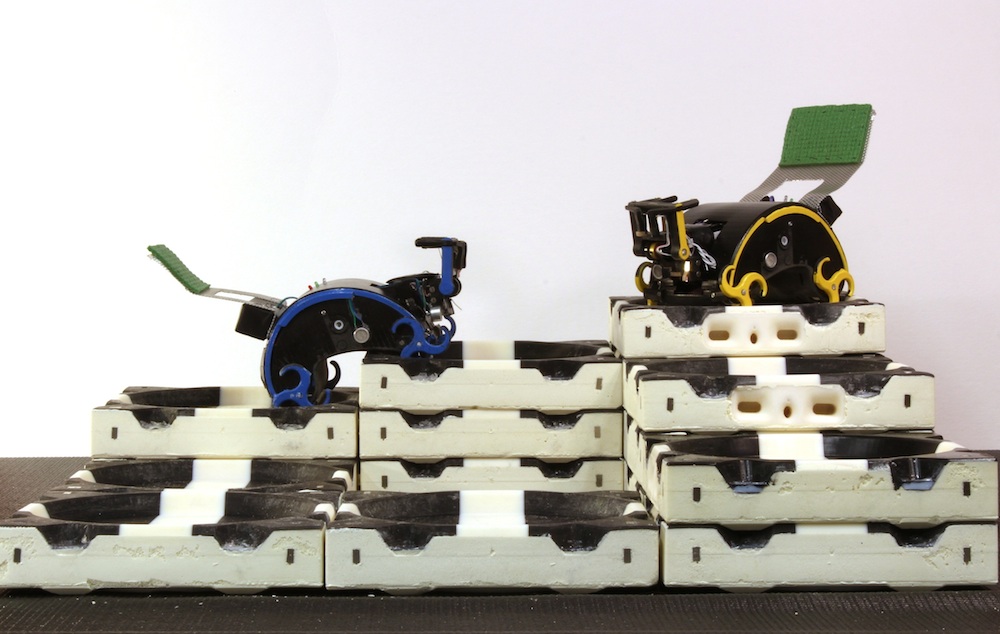