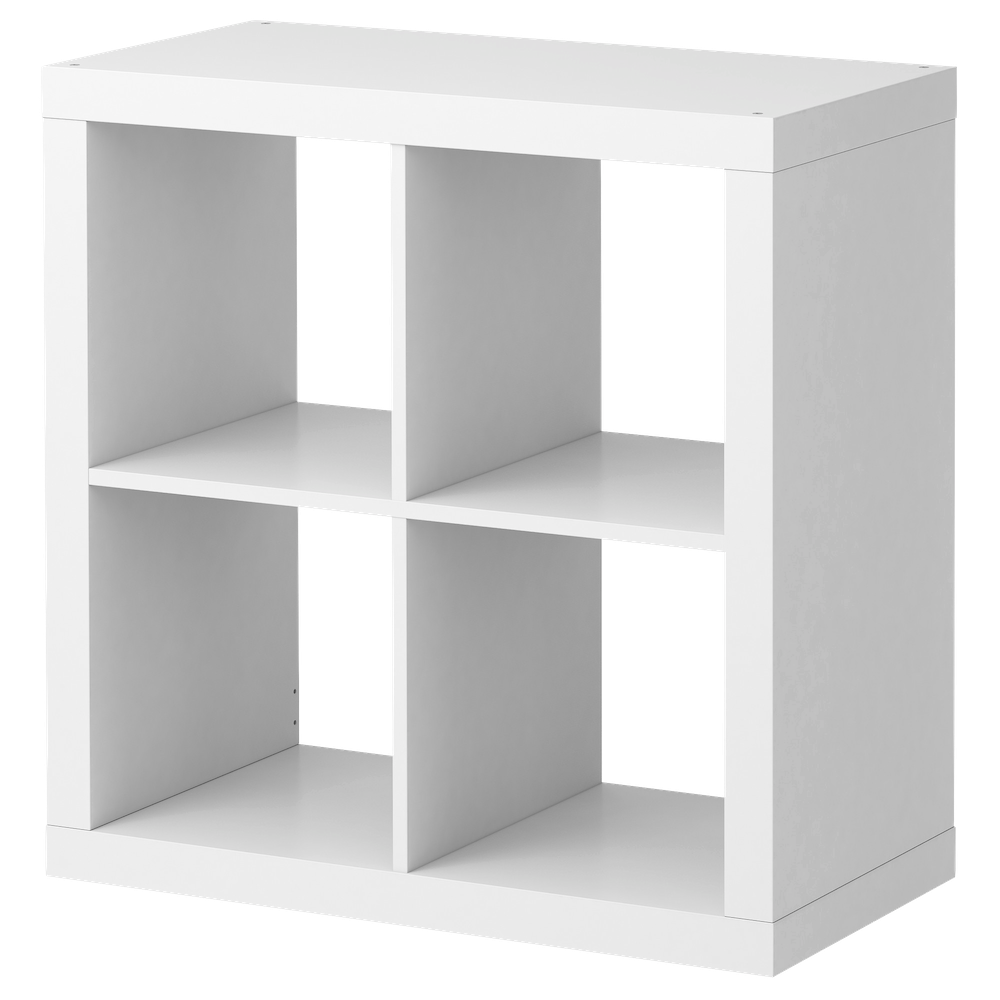 Undoubtedly one of the most popular pieces of furniture in the world, the Ikea Expedit range has become ubiquitous with shelving. Indeed the term Expedit has become a synonomous part of the language in some regions, a phenomenon known as a proprietary eponym which most brands only dream of. Yet Ikea have decided to discontinue this much beloved icon in exchange for a more or less entirely identical range known as Kallax.

The key difference between Expedit and Kallax seems to be that the outer boards of Kallax shelves are slightly thinner and Ikea claim that the reason for this was to make their furniture more sustainable. Ikea use approximately 1% of the planets wood – a startling statistic – and so slight changes like this can have a big impact when you consider that Ikea likely sell tens if not hundreds of millions of Expedit shelves each year. The edges of the new Kallax shelves are also slightly bevelled to make them safer for children and this must also save slight amounts of wood. 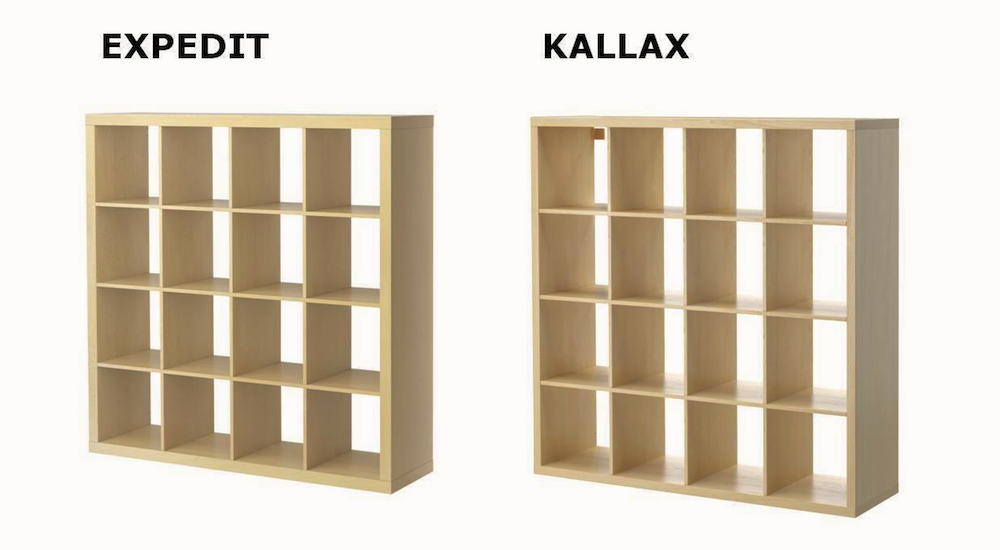 I suppose we won’t know until the new prices for Kallax shelves are made public by Ikea whether the reason for thinning down the panels was to make them more sustainable or indeed cheaper to produce. As anyone who has ever assembled an Expedit shelf will know, the outer panels are mostly hollow so savings in wood content will likely be minimal.

Ikea claim that the new Kallax shelves will be just as strong and have the same load capacity as the Expedit equivalents. However perhaps a more significant impact of the move from Expedit to Kallax is that the 5 x 5 shelves are being discontinued, which to me would indicate that the thinner outer panels are indeed weaker.

I personally like the variation in thickness between the outer and inner panels of Ikea Expedit shelves as it helps to define the outlines of the unit. Kallax borders are thinner, but still not thin enough to match the criss-crossing shelves, and so risk looking slightly off. Indeed the ratio of the Expedit’s proportions have become iconic and allow the range to be easily recognised over cheap(er) imitations; Ikea is at risk of making its only products look like fakes.

All these differences are admittedly very slight and someone who is new to Ikea furniture likely wouldn’t think anything of them. However if you already have an Ikea Expedit shelf and plan on getting another in the future then now is the time to do here so as Kallax shelves obviously won’t match your old shelves. As for future Kallax availability, an Ikea contact has informed me that the planned UK release date for Kallax shelving will be scheduled for a June 2014 launch.

The change from Expedit to Kallax has already caused a good deal of outrage online, and it hasn’t even happened yet. Complaints have come in particular from DJ communities who rely on Ikea Expedit for vinyl LP storage. A German Facebook page has been set up in protest which has already reached over 23,000 likes, as it is in this country that the transition from Expedit to Kallax will be taking place first. An english language Facebook page based in the US has also popped up called Save IKEA’s Expedit which has already garnered over 2,000 likes.

Feel free to share your thoughts on the change in the comments below but please keep shelf life puns to a minimum.