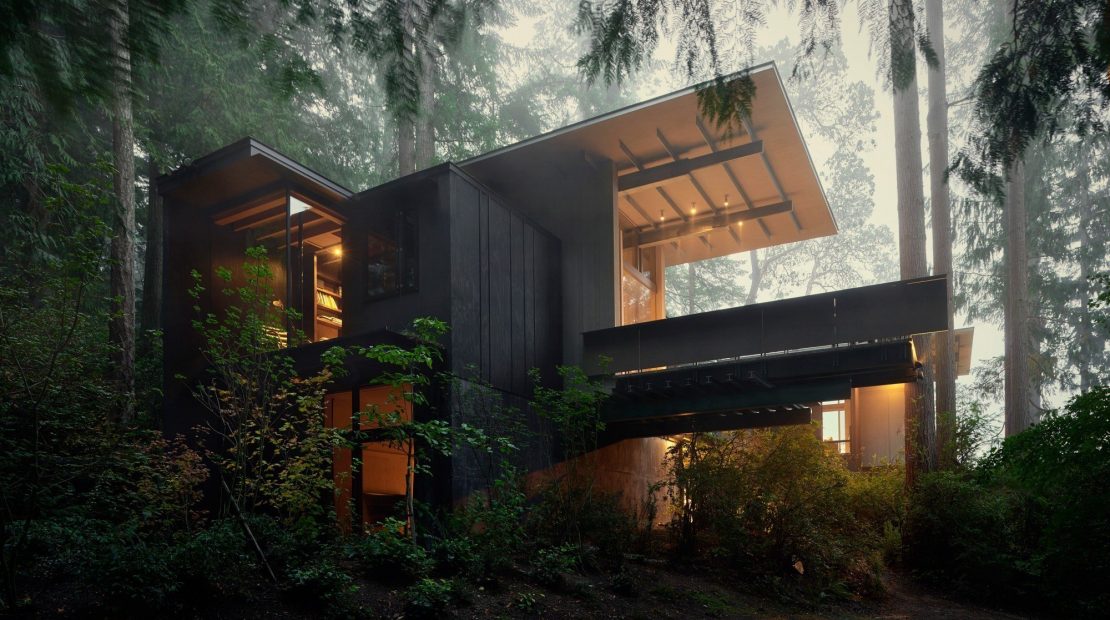 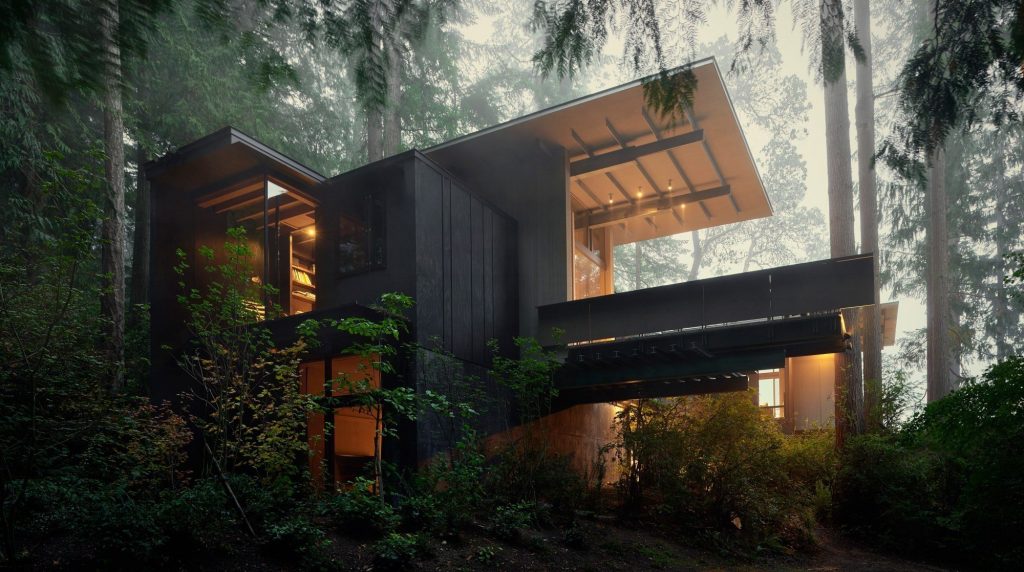 Jim Olson’s Cabin at Longbranch started out as a 14 square-foot bunkhouse he built in 1959. At this point in time, Olson was an 18 year old first-year architecture student, and he had been given a $500 starting fund by his father to build such a project on a piece of land in Puget Sound that the family had been using since the turn of the century. 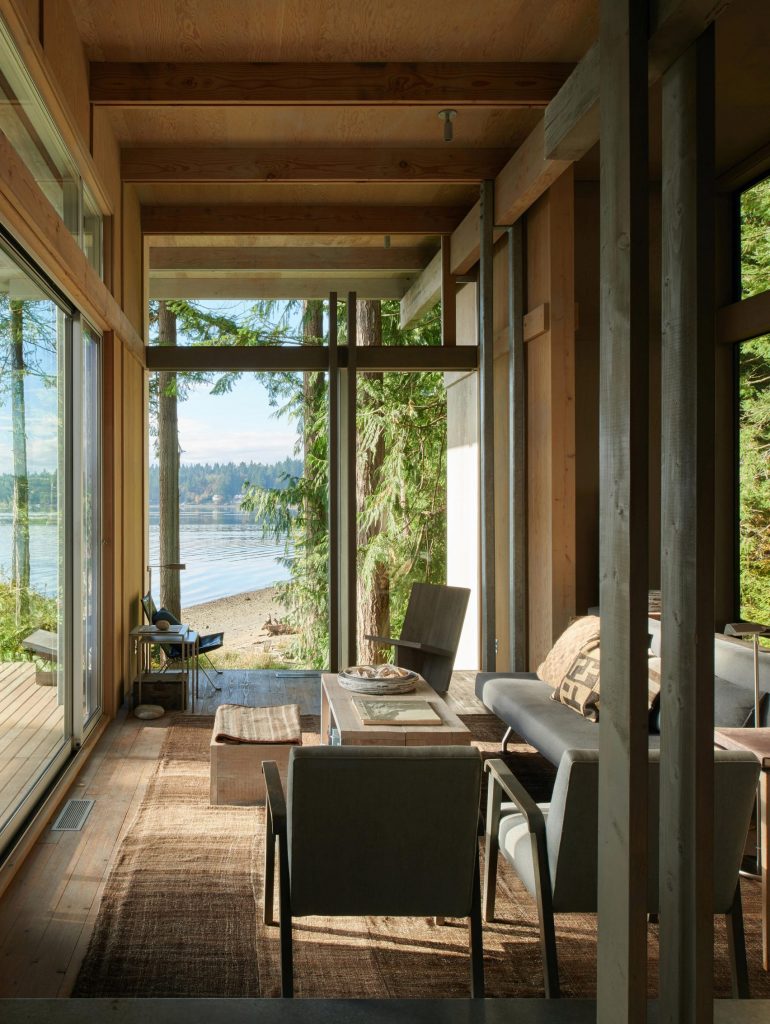 The cabin has gone through a great many remodels and iterations over the decades, most notably in 1981, 1997 and 2003, with the a recent expansion in 2014 transforming it into the 2,400 square-foot retreat photographed here. Each iteration has drawn from the previous cabin, incorporating its materials and structure instead of replacing them completely. 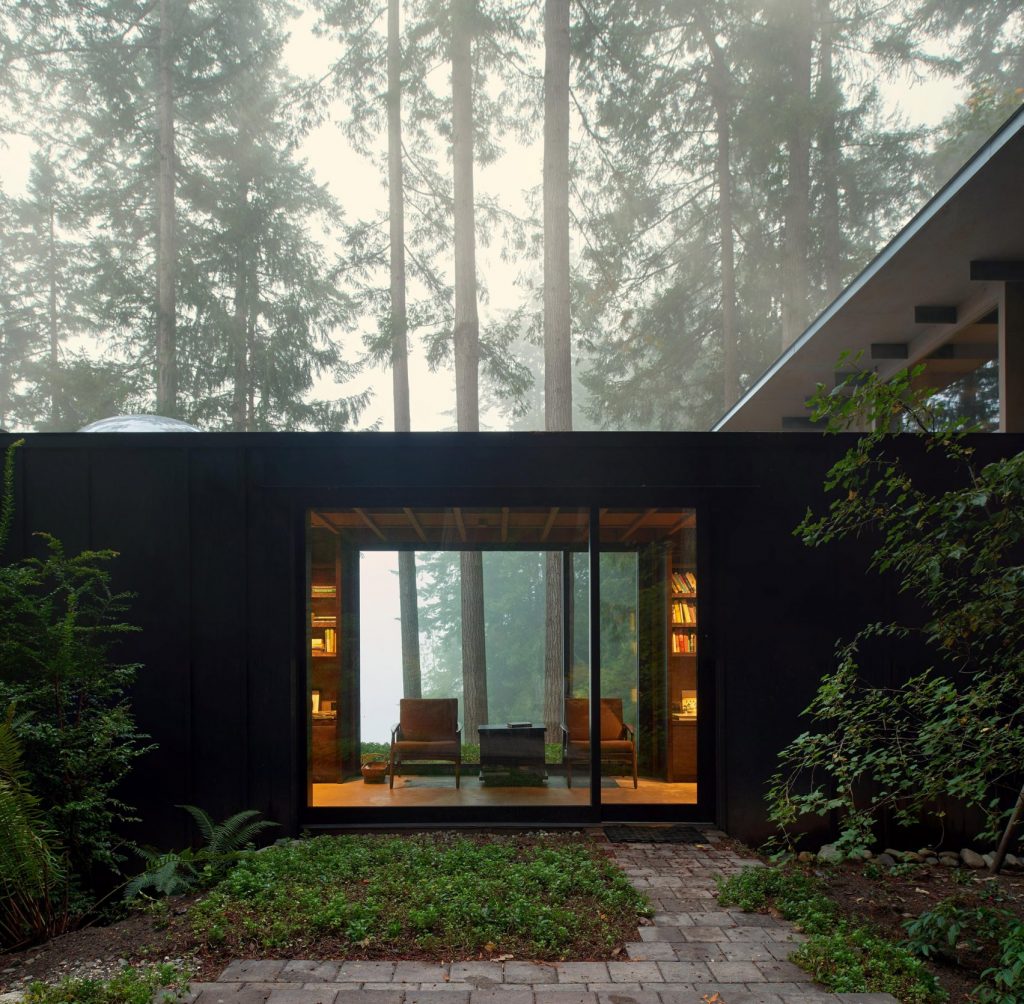 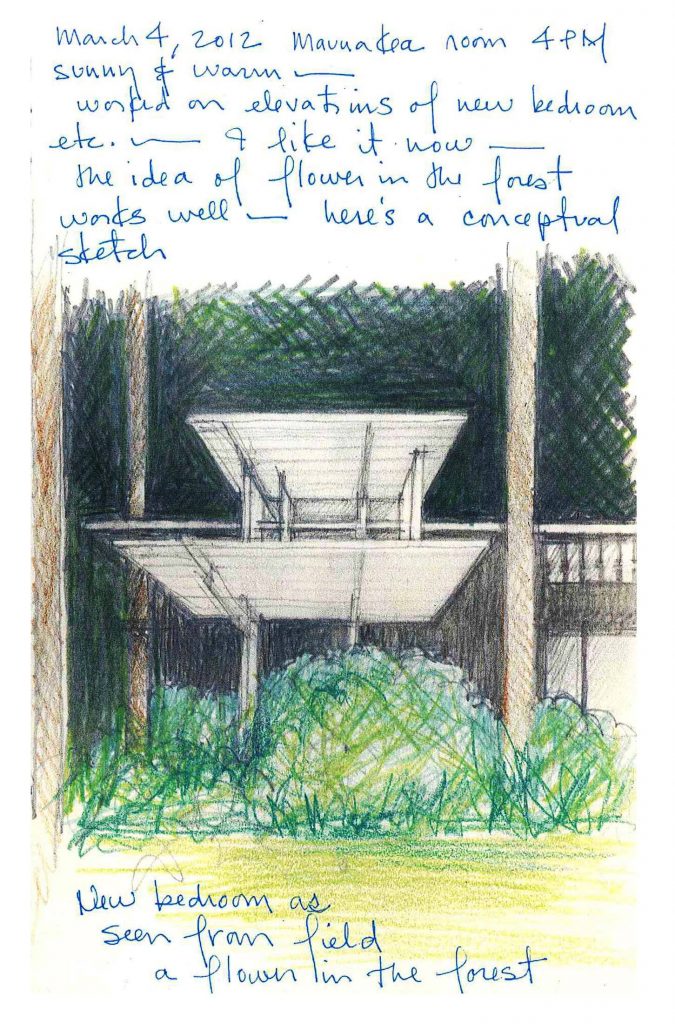 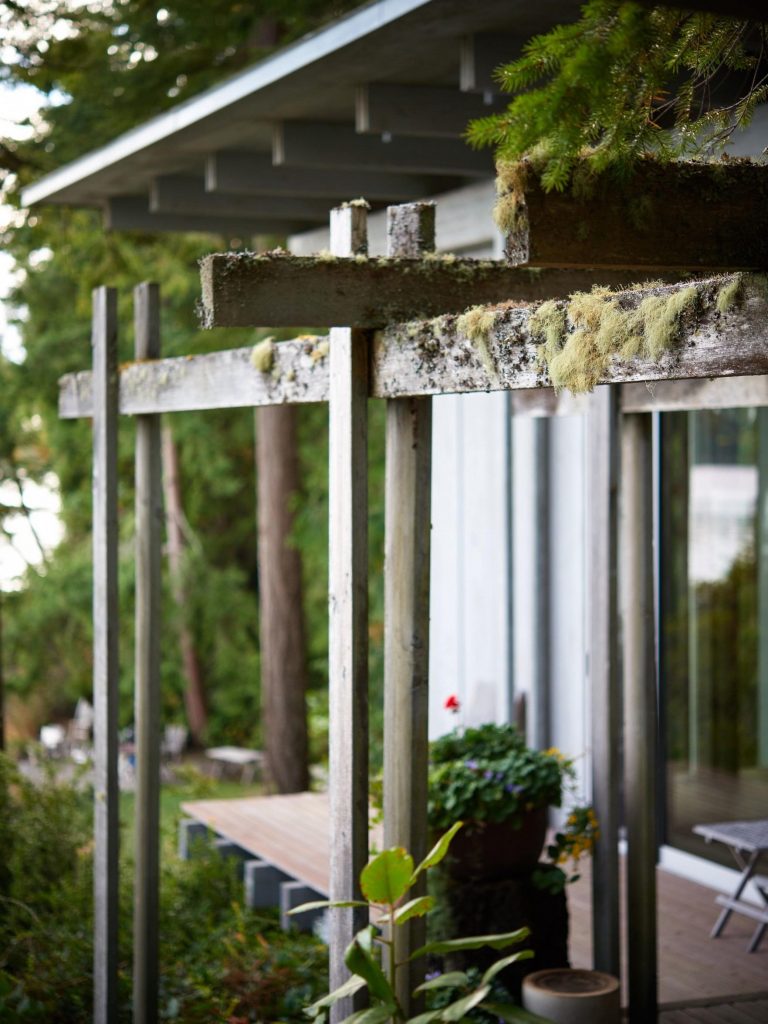 Wood has been the predominant material in this evolving cabin project from the very start, with plywood seeing great use as both an interior and exterior surface. The wooden beams have been left largely unfinished, allowing them to silver and develop an overall muted tone to blend with the natural surroundings. 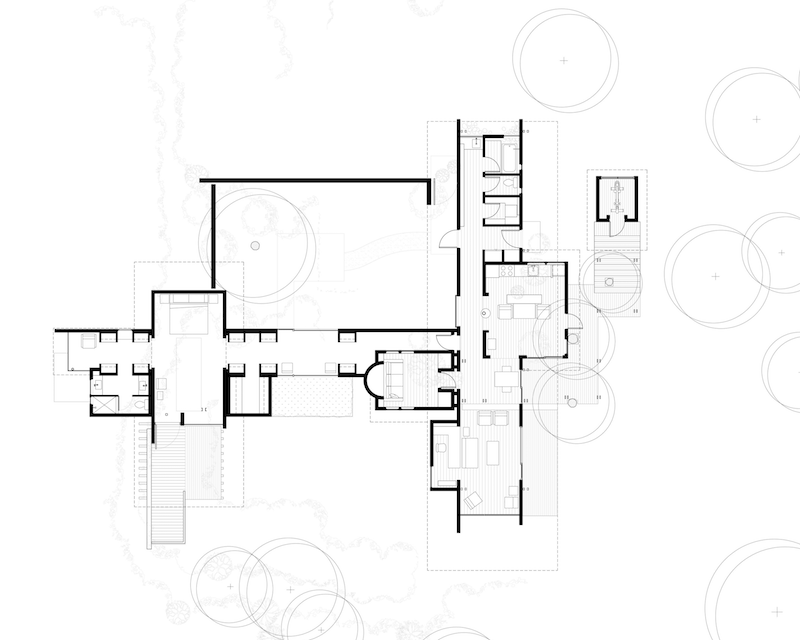 Great respect has been paid to the surrounding forest, with the position of trees dictating the directions in which the floorplan was able to develop over the years. In several instances, the cabin has been carefully built around mature trees as pictured below. 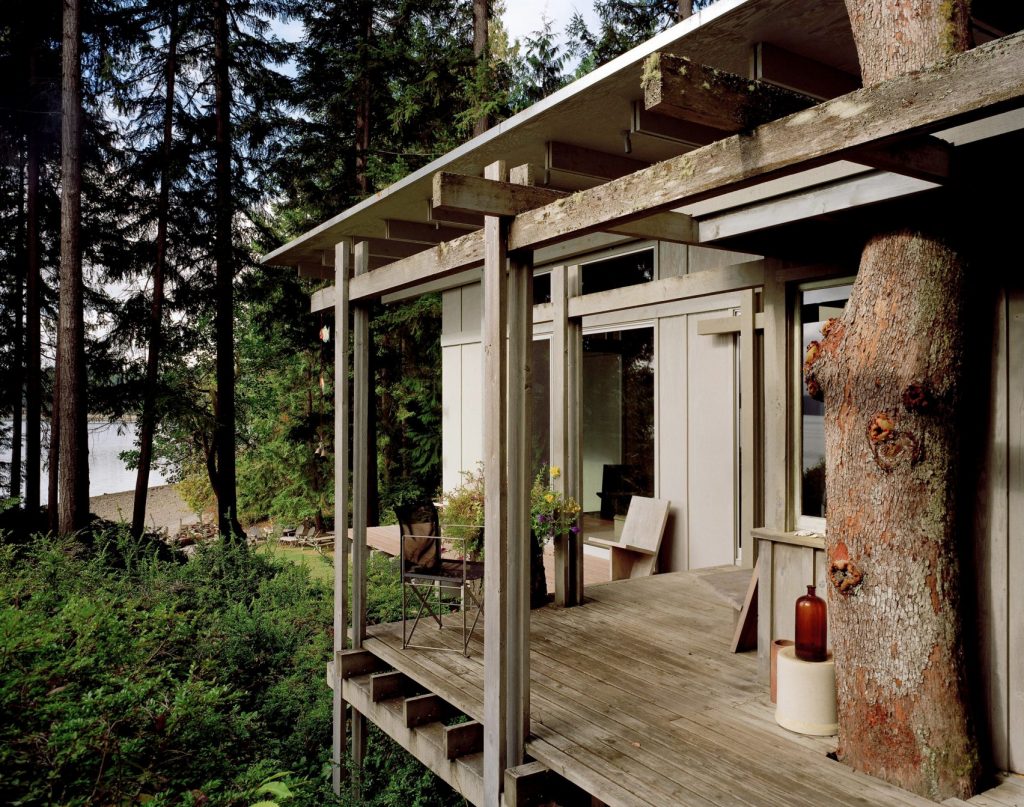 In a dark forest, a light-colored flower stands out so bees and hummingbirds can find it. The same kind of contrast can be used to draw attention to the architecture. It can create a sense of drama.Jim Olson 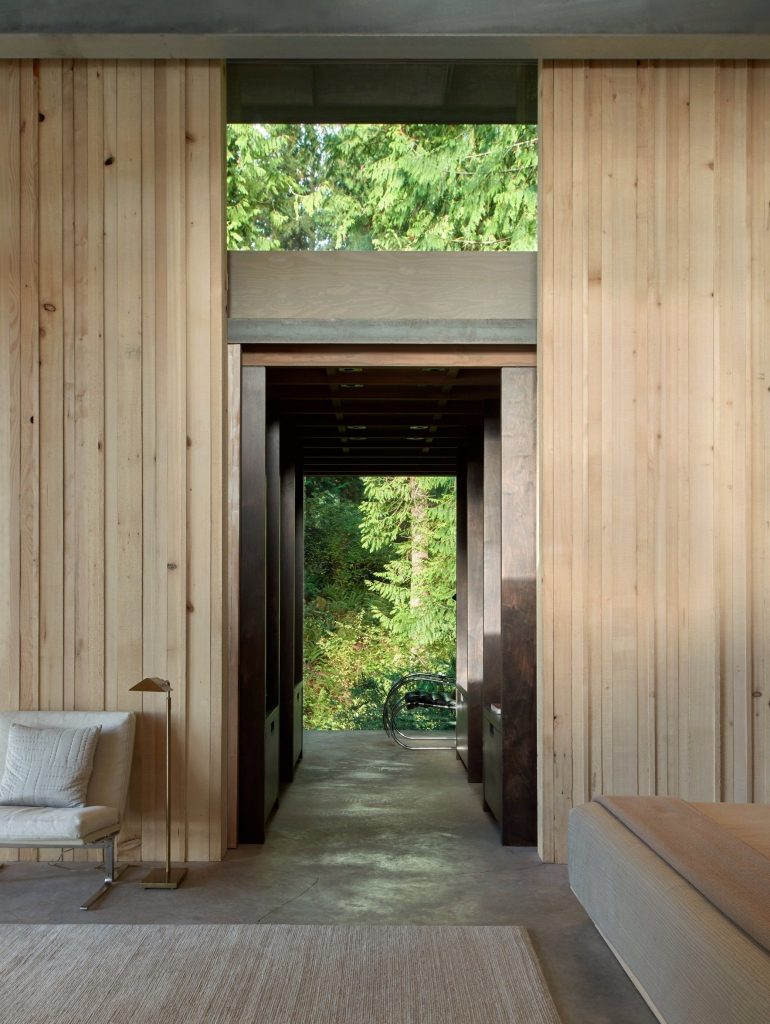 Jim Olson is perhaps better known for his work as a part of Olson Kundig Architects, the studio he co-founded. We’ve featured another unique cabin project from Olson Kundig in the past: the outlandish Delta Shelter with its raised construction and bespoke shuttering system. 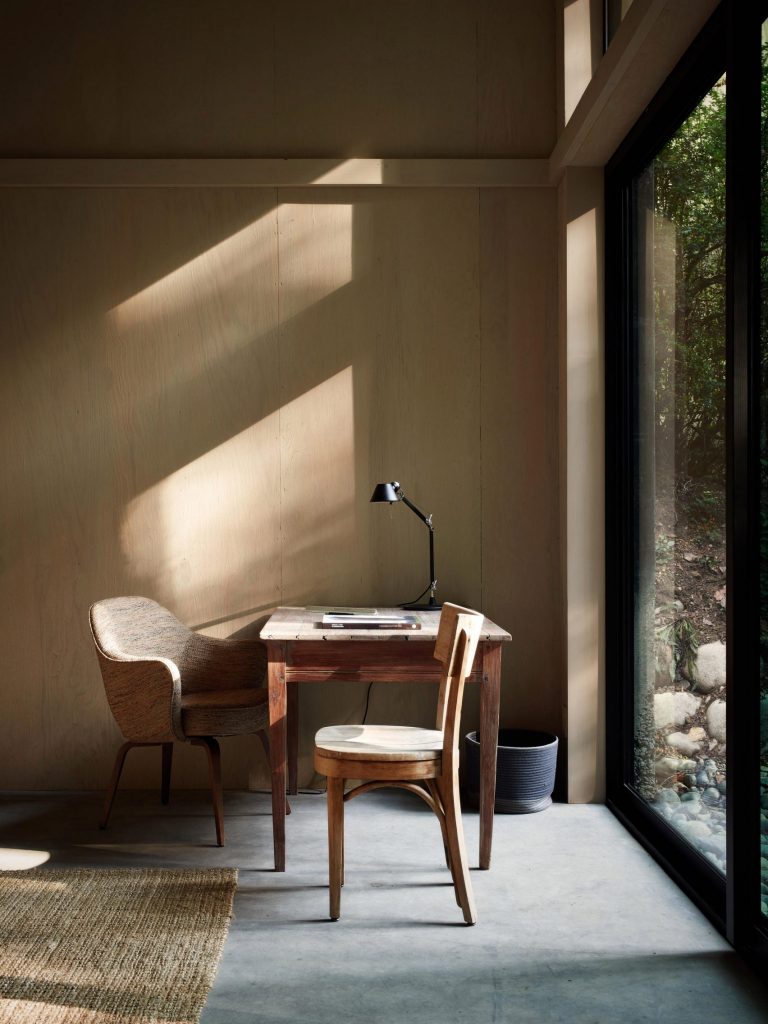 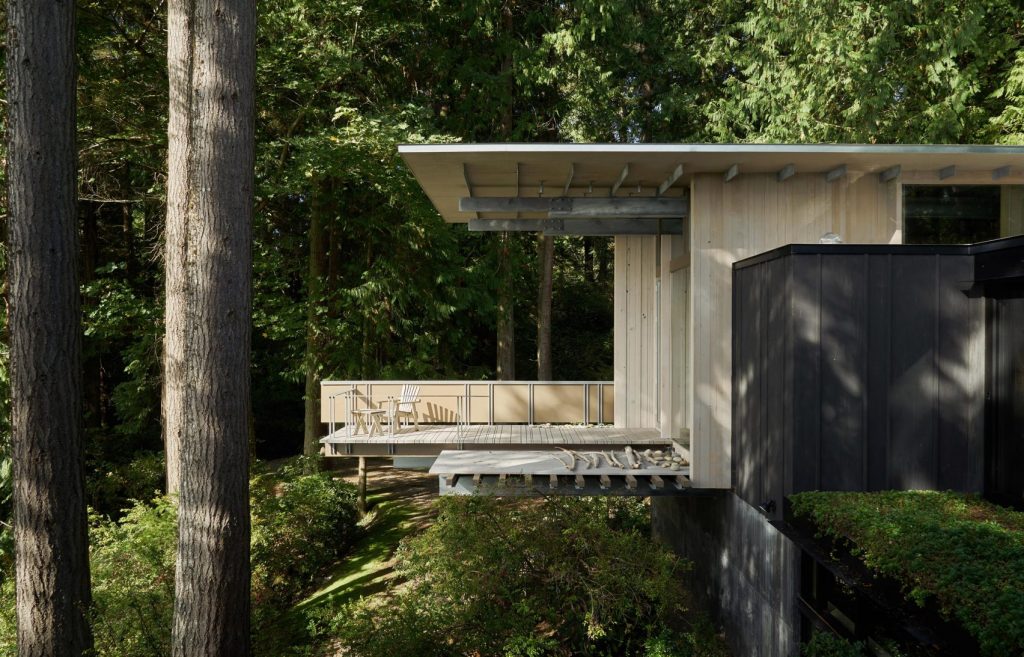