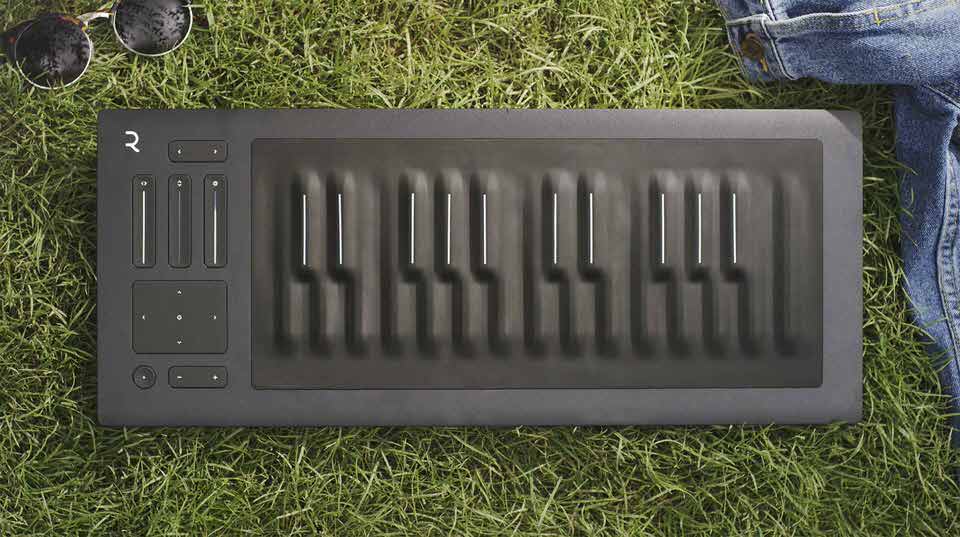 The level of expressiveness the Seaboard GRAND offers over a traditional keyboard can be likened to what the pianoforte was to the harpsichord. The pianoforte (literally ’the soft-loud’, and nowadays shortened to just piano) allowed the player to adjust the volume of the notes being played based on how hard they pressed the keys, compared to its predecessor the harpsichord which struck all strings with the same intensity.

To continue this evolution, the Seaboard GRAND allows its players to add accents to each note based on how they touch the flexible surface of the instrument. The player can modulate the pitch of each key independently, add vibrato to each note, slide smoothly over a wide range of notes, add intensity to a note after the initial key press. In essence, it has the potential to be as expressive as a string instrument such a guitar would be, as Seaboard pioneer Marco Parisi demonstrates in this video.

A Seaboard’s playing area consists of one continuous silicone rubber surface with the raised ridges resembling the white and black keys of a conventional keyboard. This layout means switching to a Seaboard wont be a steep learning curve for a pianist, but the accents that can be added to each note means that players of stringed instruments won’t feel out of place or limited either. In the video below, designer of the Seaboard and founder of ROLI, David Lamb demonstrates the instrument’s capabilities to Jamie Cullum. ROLI initially released their Seaboard GRAND keyboards back in 2013 which are more akin to a conventional keyboard or piano, with 37 key, 61 key and 88 key options available to buy (£1,599 / £2,499 / £5,888 respectively). However ROLI have recently unveiled their new Seaboard RISE keyboard which is more of an entry-level instrument with 25 keys, but an extra controls region offering an XY pad, and several sliders for altering the sound qualities live. The Seaboard RISE comes at a price of £600, making it really quite an accessible bit of kit which already has some promising reviews circulating. It’s worth noting that this price also includes the Equator software, cables, and a storage case.