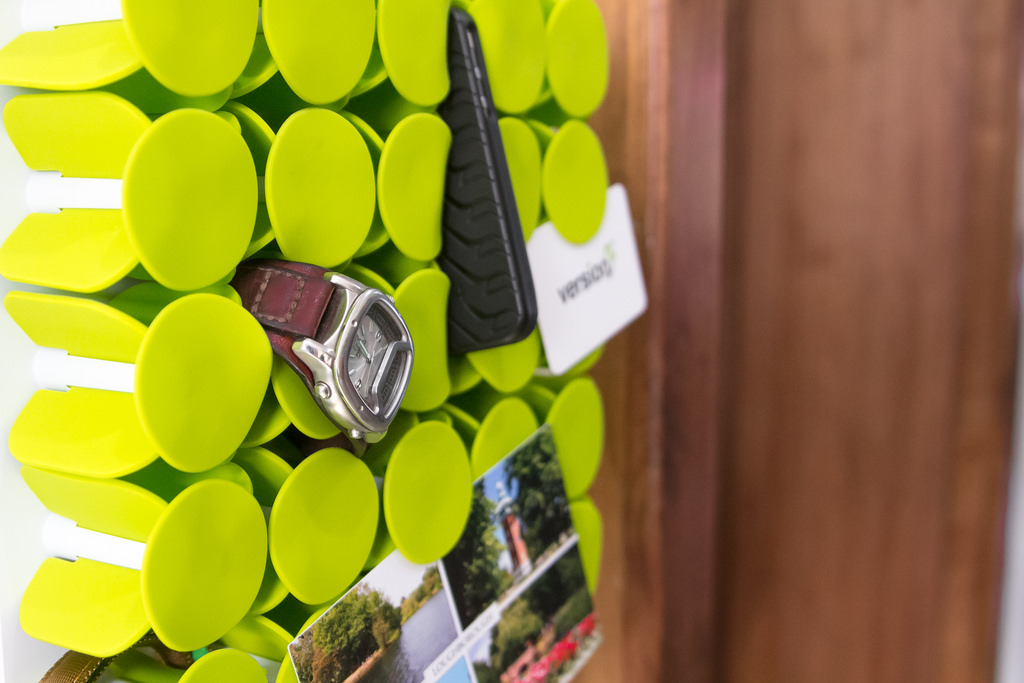 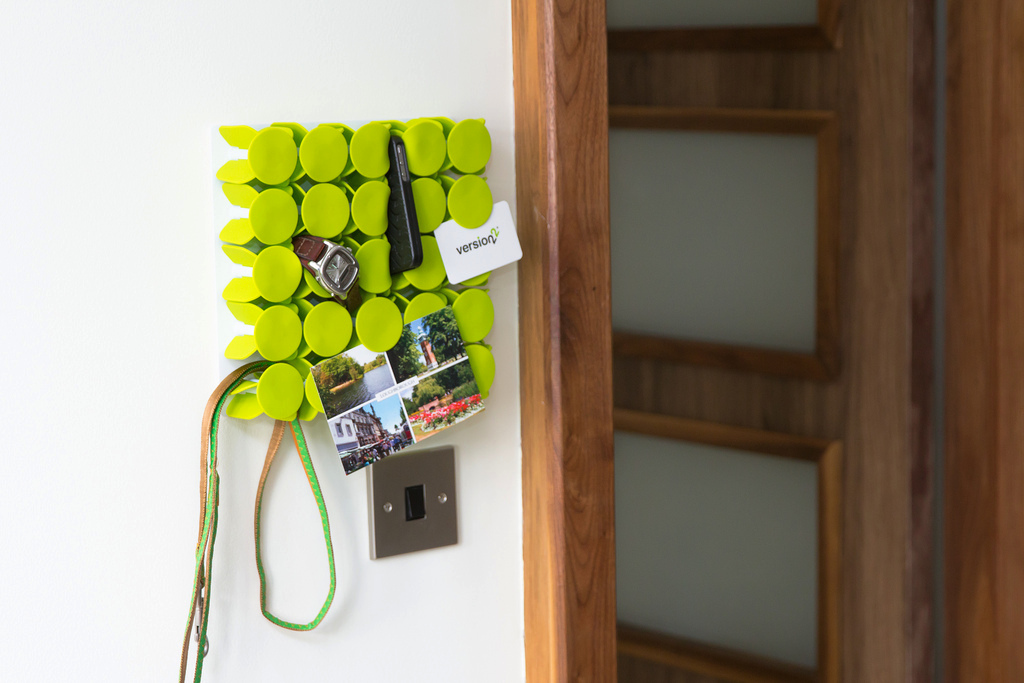 Geco Hub is a grab and go storage system that can be used to hold just about anything. It was devised by Simon Lyons to serve as somewhere to deposit all of your personal paraphernalia when coming in from a day’s work – although the Geco Hub system can of course be just as easily used as an organiser in the office, bathroom, workshop or kitchen. 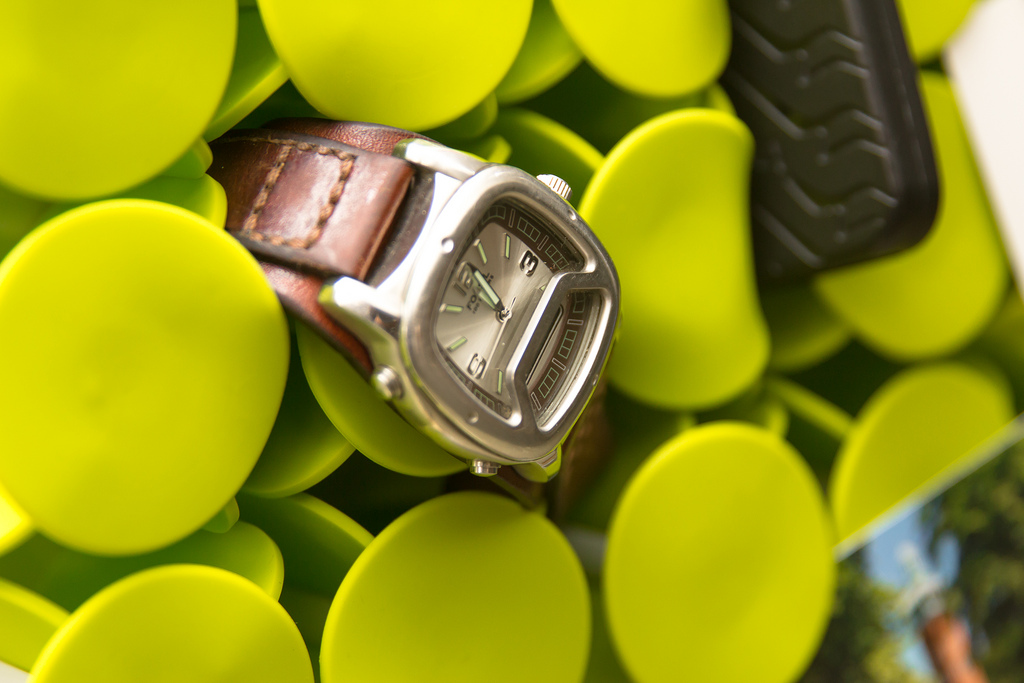 The storage medium is based around a matrix of flexible rubbery pegs into which you can press your items. Objects are held in place by the forces exerted upon them by opposing springy nodules due to the rubbery material used and the cross structure of each peg.

Standard Geco Hubs feature a 5×5 grid of these flexible nodules with each of the 25 pegs composed of three rubbery components which slot together. Various colours can be combined in a single Geco Hub to create a personalised pattern.

The flexible components of Geco Hub slot into rigid plastic nests which protrude from the backboard of the units. These backboards can be wall mounted with either screws or sticky pads, and form a larger seamless surface when arranged alongside other Geco Hubs as modular pieces.

There are of course limitations on the sizes of the objects that can be stored in Geco Hub which are dictated by the distances between the firm plastic pegs on the backboard. However Geco Hub is certainly capable of holding heavier items than you might expect with the unit pictured below holding 2.2kg worth of tools. 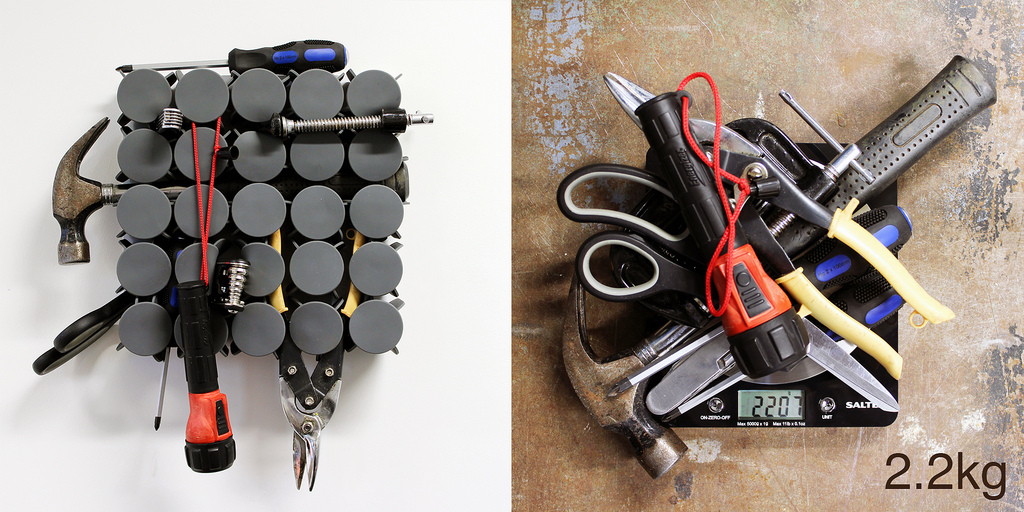 [su_row][su_column size=”2/3″]Geco Hub is currently seeking crowdfunding through Kickstarter to make this new storage medium a reality and the target is a relatively modest £35,000 thanks to the simple nature of Geco Hub. These funds are needed for tooling the unique components of Geco Hub and to reach minimum order quantities with suppliers. You can get your own 5×5 Geco Hub in green and grey by pledging just £26 towards the project.

Simon Lyons first conceived Geco Hub while studying at Loughborough University and he decided to work on the system as his major project during his third year. He received a funding grant from the James Dyson Foundation Bursary to continue the development of Geco Hub and he went on to form Version 22. Since then Geco Hub has been granted patented status and Simon has begun work on another design concept, a packaging opener tool called Nimble.[/su_column] [su_column size=”1/3″][/su_column][/su_row] 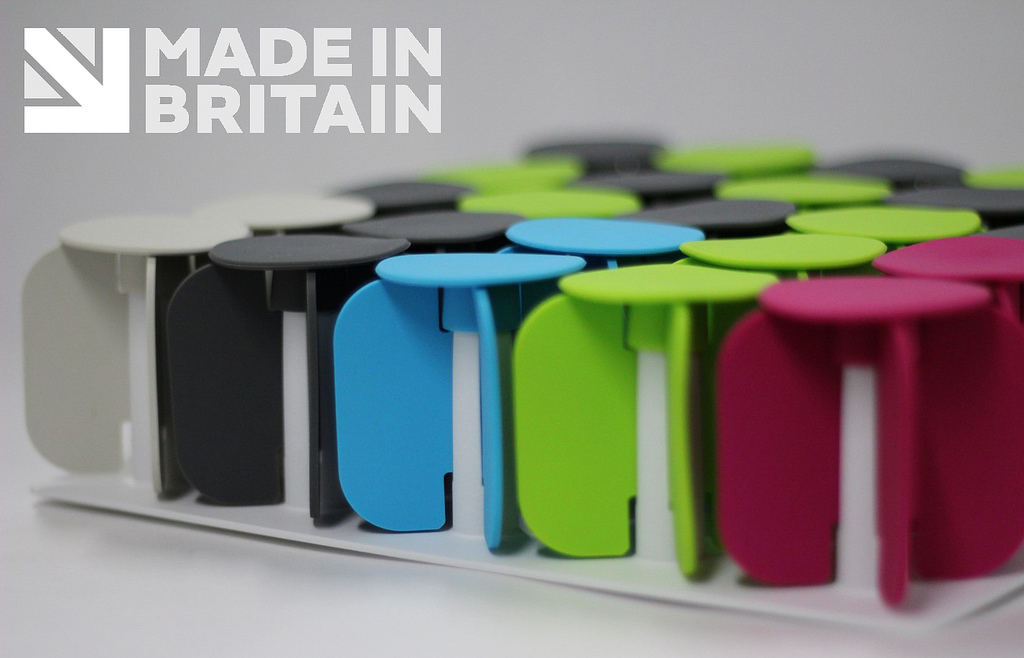 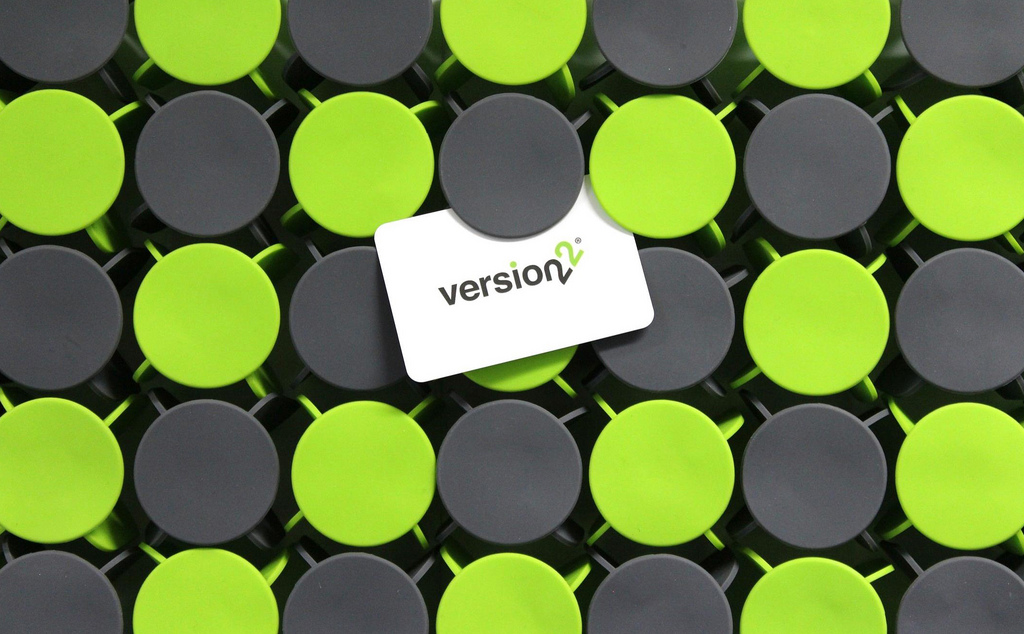