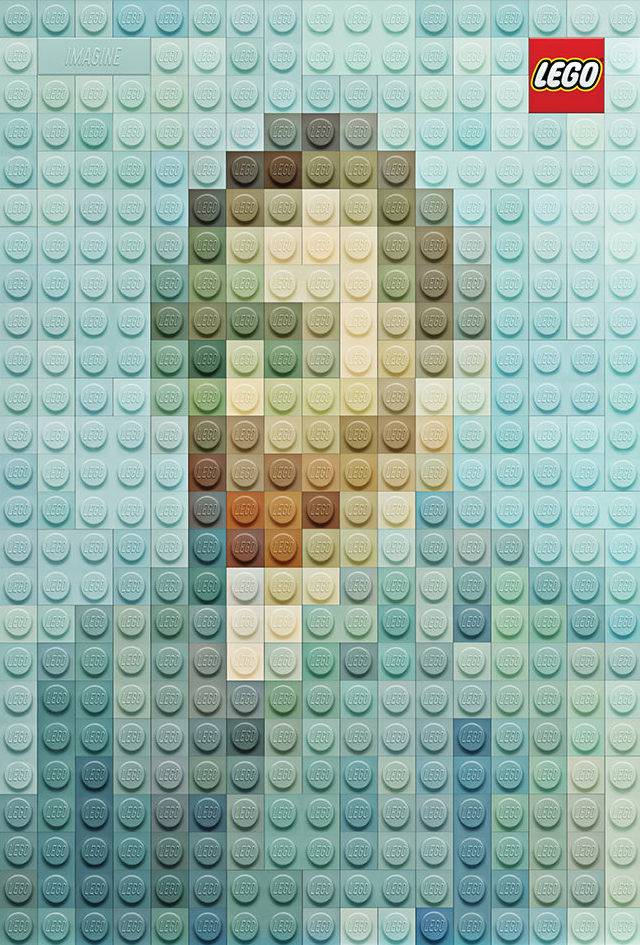 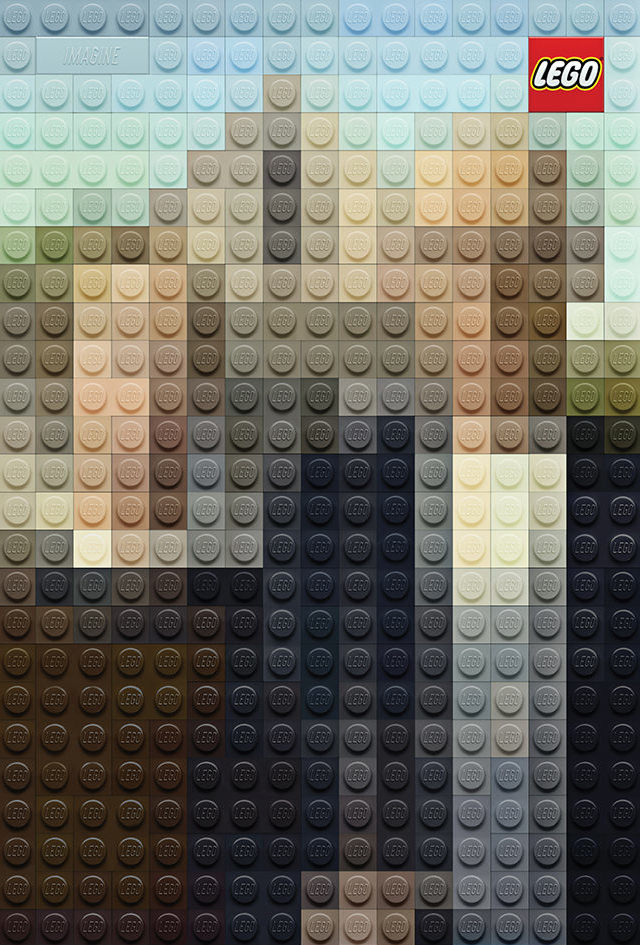 Marco Sodano has been busy recreating iconic artworks as Lego masterpieces and the results are pretty amazing. The pixel art is formed from flat Lego blocks in a 15 x 27 grid and relies on a carefully selected colour palette to portray these famous paintings to great effect.

Originally, Marco Sodano recreated a series of three masterpieces as an unofficial project that wasn’t endorsed by Lego. However these images garnered so much attention that Sodano was given the opportunity to head up the LEGO Masters advertising campaign with Geometry Global and create the pixel art we see here.

The idea that gave birth to this unofficial ADV [advert] is the belief that every child with LEGO can become a great artist like Da Vinci and Vermeer.

I find it remarkable that the masterpieces are reasonably recognisable at a resolution of just 17 x 25 and with a palette of just 150 Lego colours to chose from. As is the case with a lot of impressionist art including pointilism, the pixellated paintings become even easier to discern if you squint your eyes, or view them at a smaller scale such as in these desktop thumbnails. 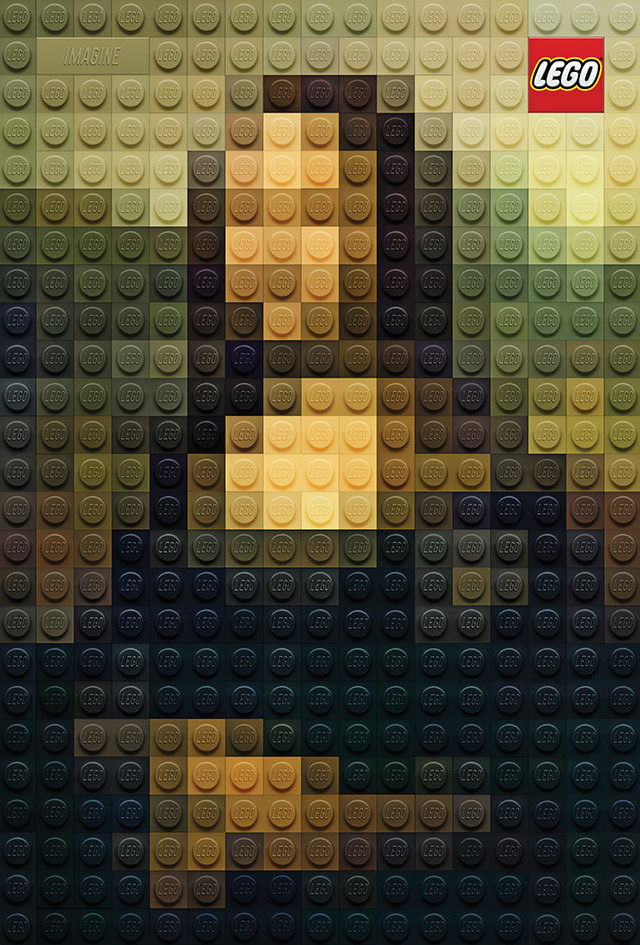 Where possible, Marco Sodano used larger Lego pieces to create solid areas of a single colour rather than relying simply on 1 x 1 bricks throughout his works. However the following two images are from the first round of Lego masterpiece images Marco Sodano created and he appears to have applied a different method with these. 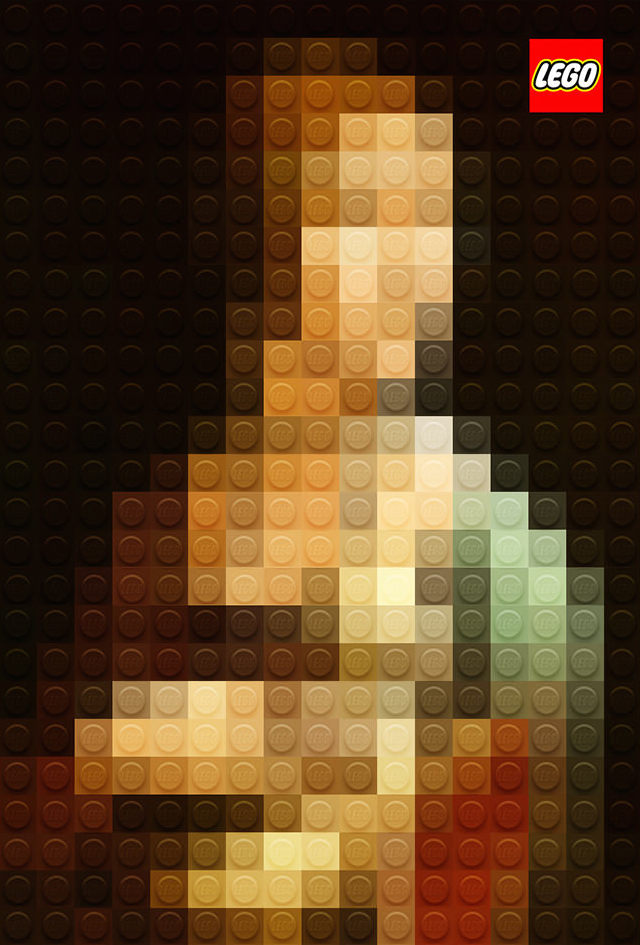 ‘Lady with an Ermine’ by Leonardo da Vinci, 1490 [view on Wikipedia] 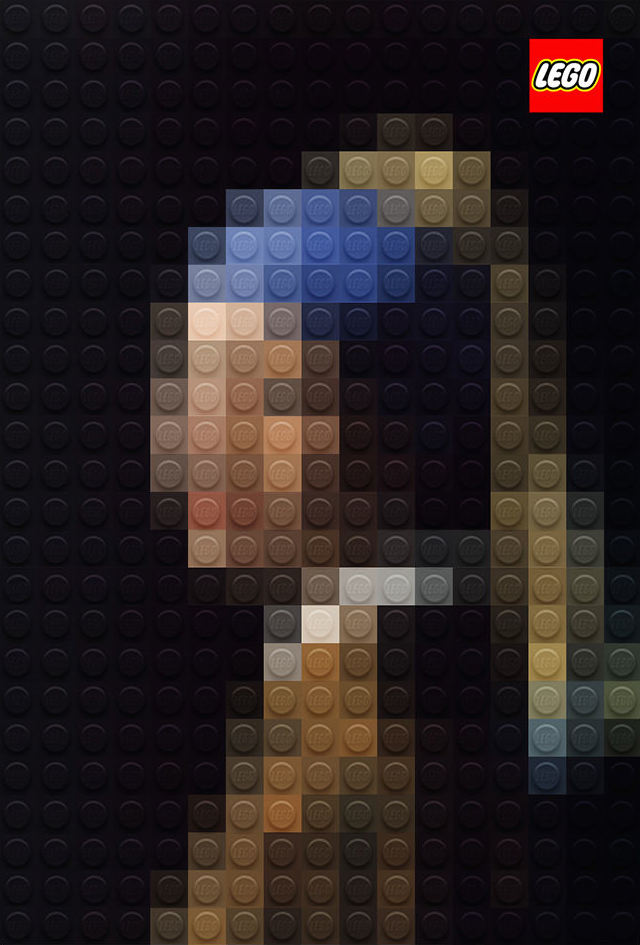 ‘Girl with a Pearl Earring’ by Johannes Vermeer, 1665 [view on Wikipedia]