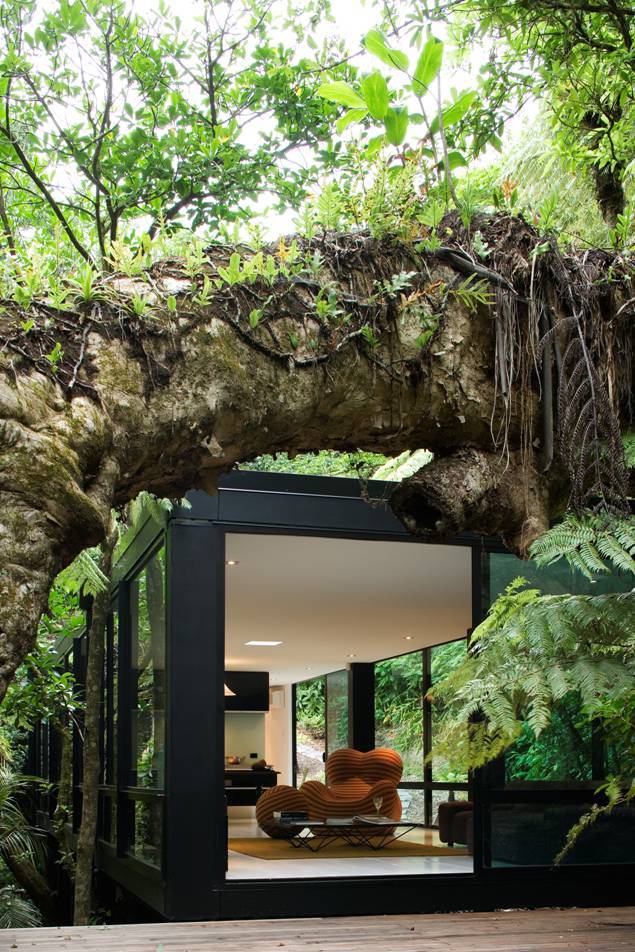 This elusive black house is nestled amongst trees in a forest in New Zealand and serves as a weekend retreat for architect Chris Tate. Much like the Hut on Sleds that we featured recently which also happens to be in New Zealand, Forest House sits on rather than becomes a part of its environment. Although this structure can’t be relocated in the same way as Hut on Sleds, it was designed to have minimal impact upon the land and required no excavation work to be carried out on the forest floor. 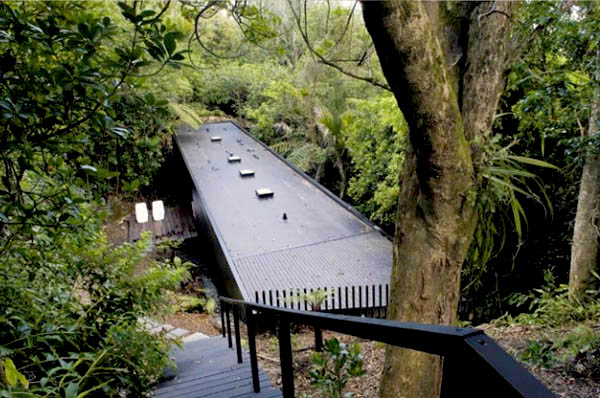 So how did Chris Tate build this house on a steeply sloping forest site without any sort of excavation or levelling? Forest House actually rests upon 16 poles which were driven into the ground so that the structure is effectively on stilts. The stairs in the picture above demonstrate the extent of the site’s incline and the windows at the far end of the house look out into the forest canopy. 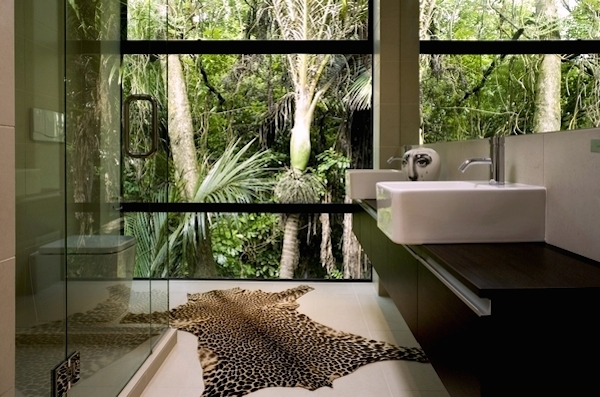 Some of the larger trees on the site did have to be cut down in order to create space for the house but a forest floor environment with shrubbery and vegetation remains in tact underneath. The presence of a 92m² structure overhead will no doubt block out a lot of the sunlight but so would have a canopy of trees. 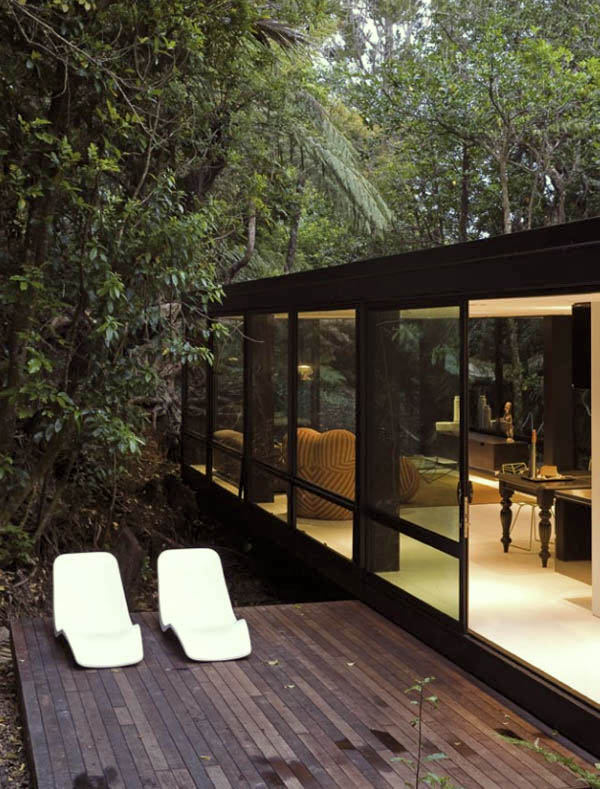 Getting planning permission to build in a New Zealand forest would typically be a no-go but it was granted to Chris Tate in this case due to the low environmental impact of the house. However this brings us onto the issue of whether architecture can ever be truly sustainable, particularly when the building is primarily intended to serve as a weekend dwelling for the Auckland inhabitant.

Forest House might have only required a few trees to be cut down but surely it would have been more sustainable to not have built anything at all. This puts us in somewhat of a quandary but given the fact that the structure is partially camouflaged by its black colour, while also being out of site to passersby, and that it allows its inhabitants to observe and truly appreciate the forest, it’s certainly justifiable. 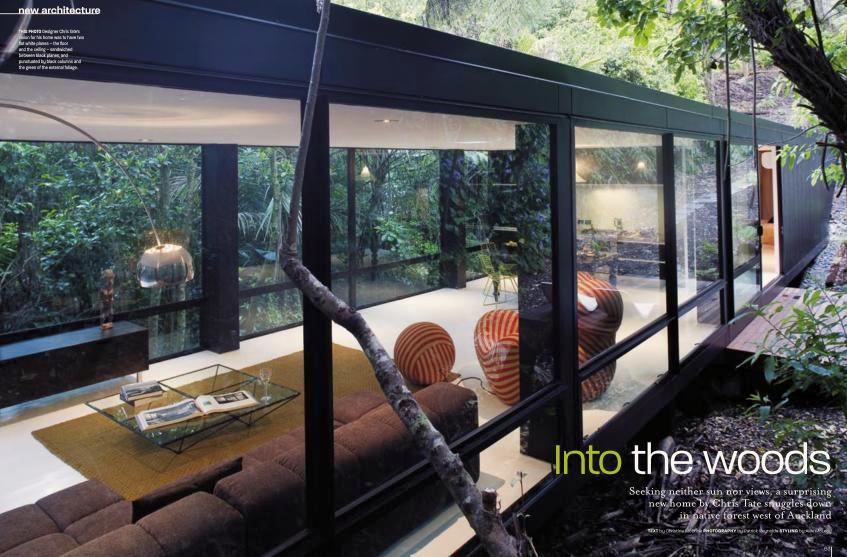 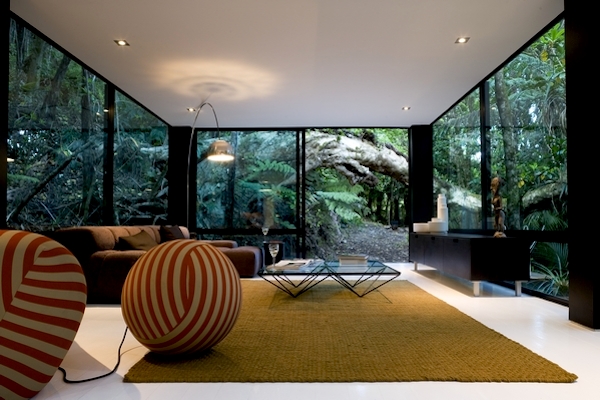 While the exterior of Forest House is completely black with its timber cladding and aluminium columns, the interior is virtually all white – that is, aside from the occasional black supporting pillars and the frames of the windows which make up a majority all of the walls in Forest House.

“Don’t ever be afraid to paint your floors white: they are easy to keep clean and make your furniture, you and your guests all look like pieces of art!” – Chris Tate interview in The Telegraph 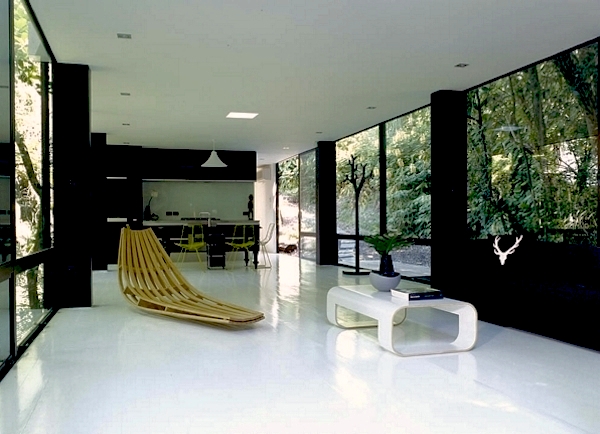 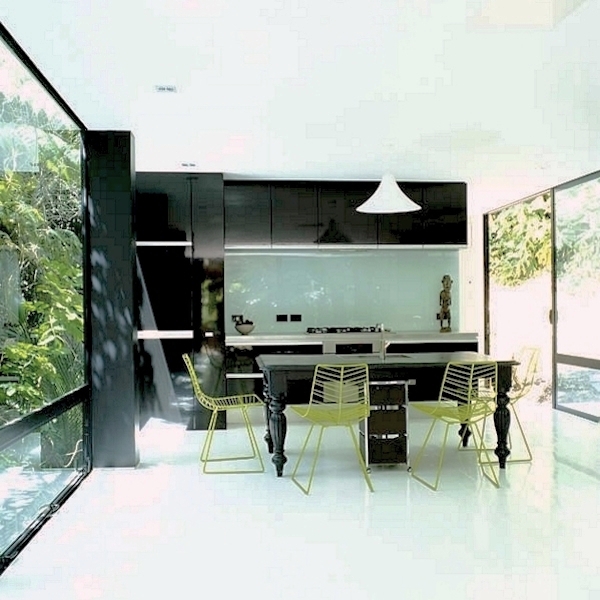 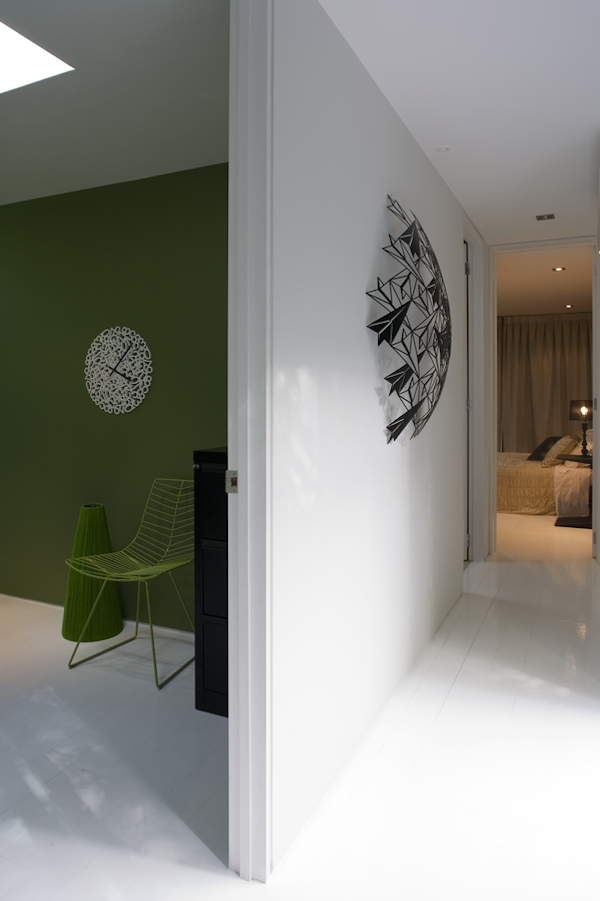 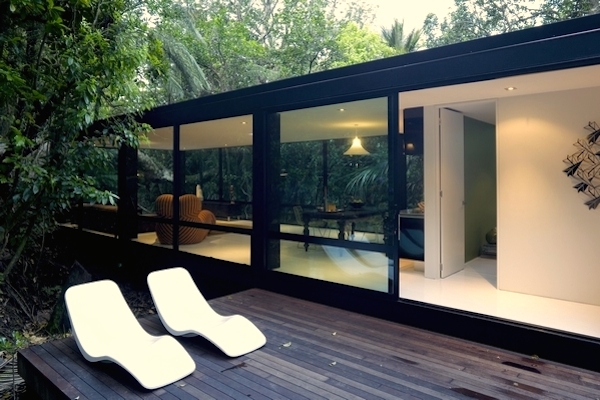