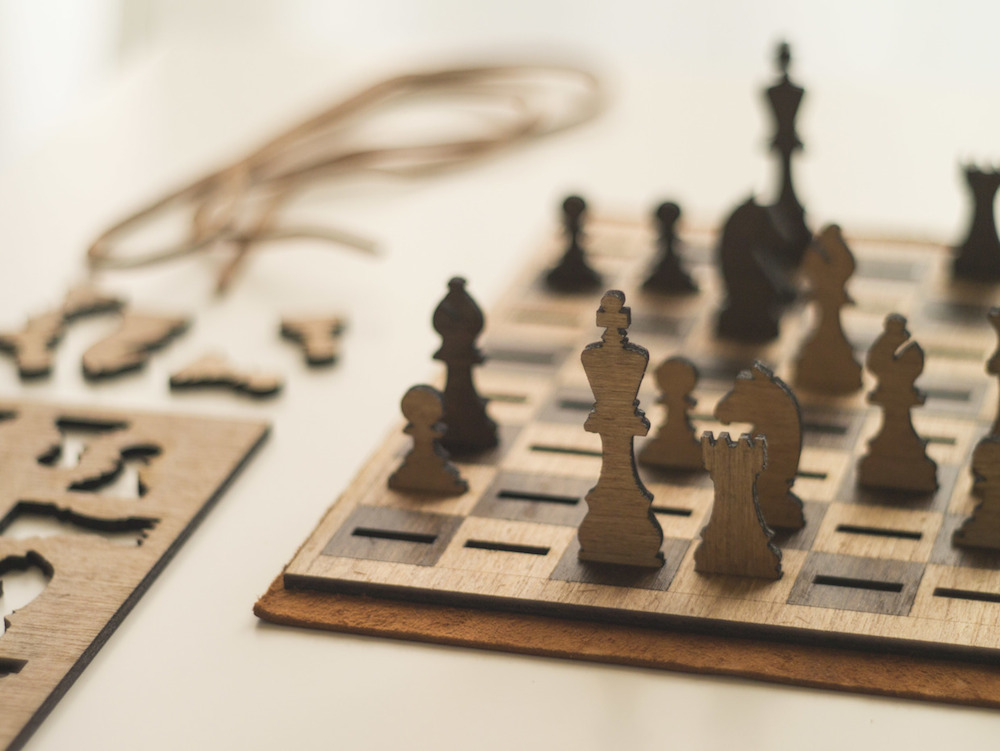 Belgian designer Peter Baeten has been busy with a laser cutter, some wooden panels and a paintbrush, and the result is ‘Got Chess?’, his take on a minimalist chess board. The set is comprised of four thin sheets of wood: two to house the 2D pieces and two to form the board. These all fit within a neat leather wallet making the ‘Got Chess?’ set approximately the size of a notebook (the old-fashioned kind). All of the pieces in ‘Got Chess?’ are flat and fit neatly into slots cut into the checkerboard. The emphasis is on the two players at either end of the game; ‘Got Chess?’ isn’t really designed with spectators in mind. When viewed from the side the pieces appear as lines and are barely distinguishable from one another. Wood varnish was used to create the differences in colour that represent black and white. The leather wallet that enshrouds the set when packed away can be laid flat to provide a pad to play on. This should stop the two panels which make up the board from sliding around too much, although I think it’d be cool if either a jigsaw bond was laser cut into the border, or magnets incorporated into the design to hold the two boards together. However these complications might ruin the Zen-like simplicity Peter Baeten has achieved with this chess set. Got Chess? is a great example of the avenues opened in the realm of small-scale manufacturing by the advent of laser cutting. Peter Baeten plans to produce more sets of his ‘Got Chess?’ set and make them available for sale in the not too distant future.