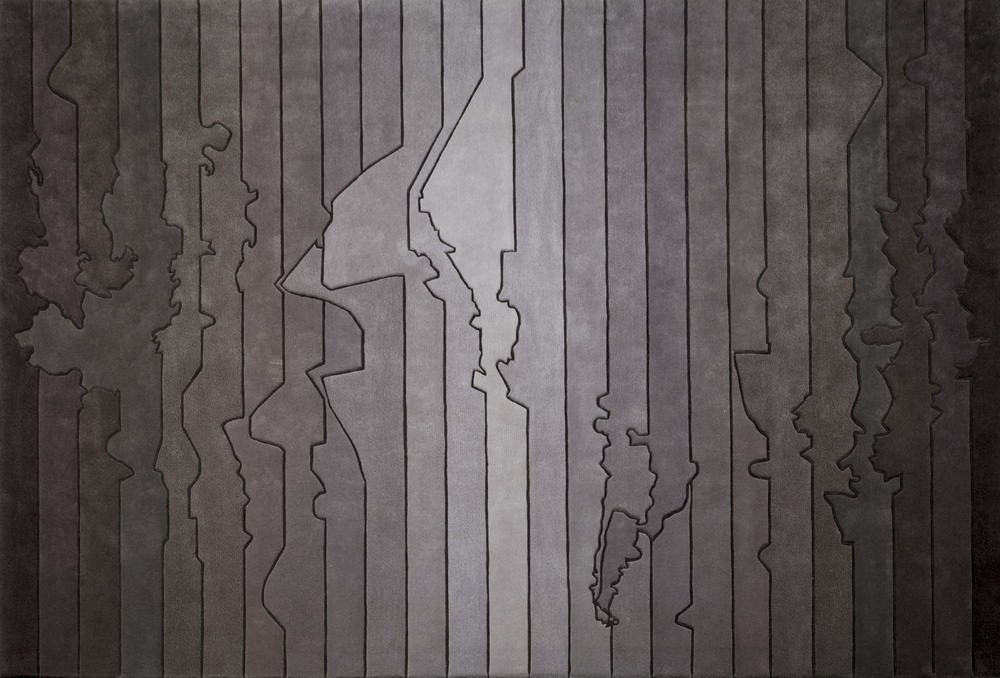 Andrei Zerebecky and Lukasz Kos are a duo of architects who also venture into the realms of urbanism and design. Together they formed Four O Nine, an architecture and design studio named after their street address while studying Architecture at the Univerty of Toronto. They have recently unveiled Urban Fabric: a series of rugs modelled on the patterns of urban development. “Each piece is derived from a satellite view of a particular rural or urban scene having personal, formal or aesthetic significance.” – Four O Nine The duo began proceedings with their home city of Toronto and have since produced city map rugs of Manhattan, Paris, the Forbidden City and Shanghai, as well as a grey gradient map of the world’s time zones. The timezone rug stands out as something of an anomaly – not being based on a singular city – but in my opinion is the most effective. It shows the strangeness of these arbitrary lines we’ve drawn on the globe, how they generally fit the geography and geometry of the globe, but can also be bent to suit our will. At first glance the time zone rug appears to be a minimalistic composition of random lines, but then you start to notice the jagged outline of the South American continent, the disproportionate accommodation made for Alaska, and the squiggly lines marking the supercilious paths of African colonisation. And that’s exactly what Four O Nine’s Urban Fabric rugs are about: ‘the man made patterns inscribed upon the Earth’s surface’. “The way we organize and divide parcels of land and how we occupy and use this land has shaped and marked the landscape. Urban Fabric is an abstraction of these patterns of organization.” – Four O Nine Four O Nine plan on expanding the range of cities featured in their Urban Fabric rugs collection and are currently working on maps of Barcelona, Tokyo, Berlin and Los Angeles. Personally I’d like to see Amsterdam and the unique composition of its canal system incorporated in a future rug. What man-made geographical pattern would you like to see rug-ified?