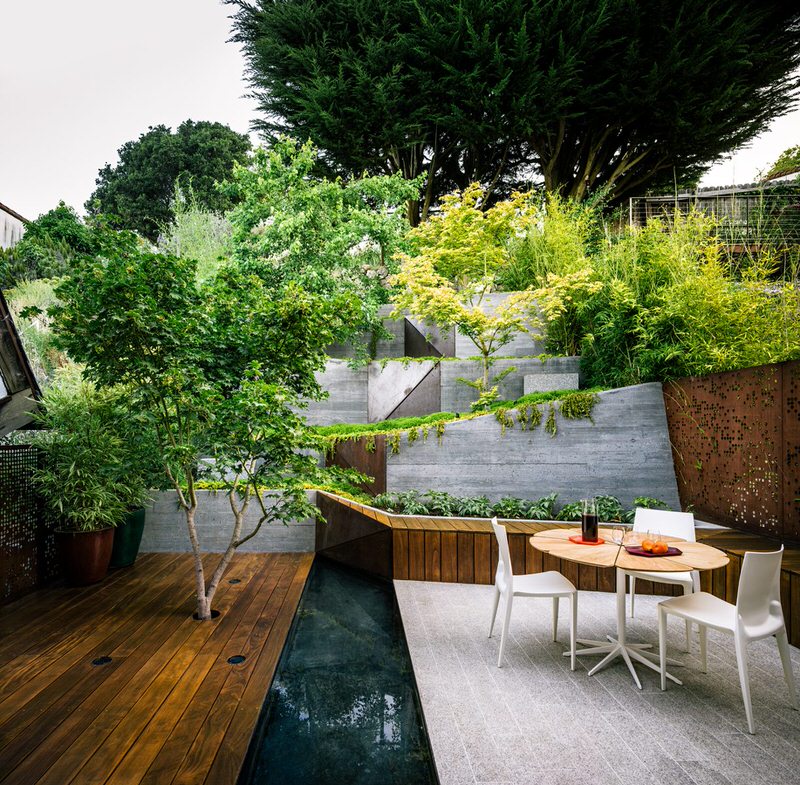 Dotted by three Japanese maple trees, this tiered garden was designed by Mary Barensfeld for a residence in California. The steep slope of the site necessitated a tiered structure to create the most useful space, but Hilgard Garden bears a more irregular composition than is often seen in this kind of landscaping. Each tier slopes gently upwards in alternating directions to bridge the gaps in height and make it possible to simply step up to the next level. This makes it easier to ascend to a seating deck present at the peak of the garden with views over the preceding tiers. The garden is fenced with arrays of perforated steel panels which offer privacy while still allowing the flow of air and light. This rust red Corton steel was cut with powerful water-jets in a seemingly random pattern. Sheet metal also makes an appearance at the centre of the steps with slits in the panels that can be backlit of an evening, as pictured below.