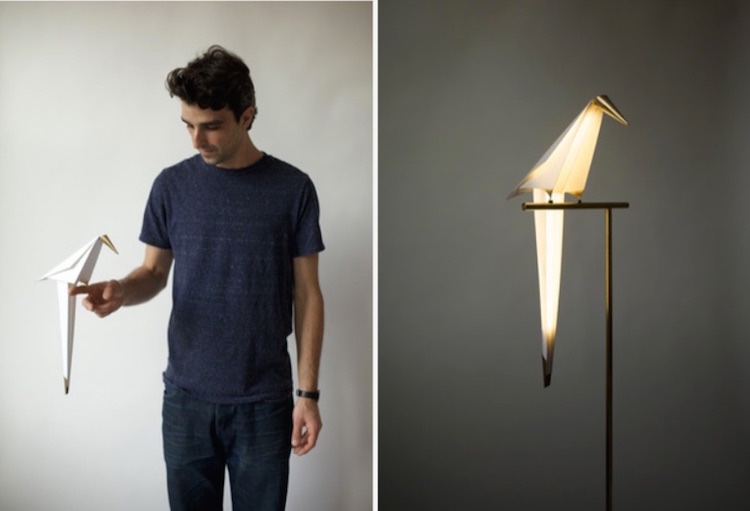 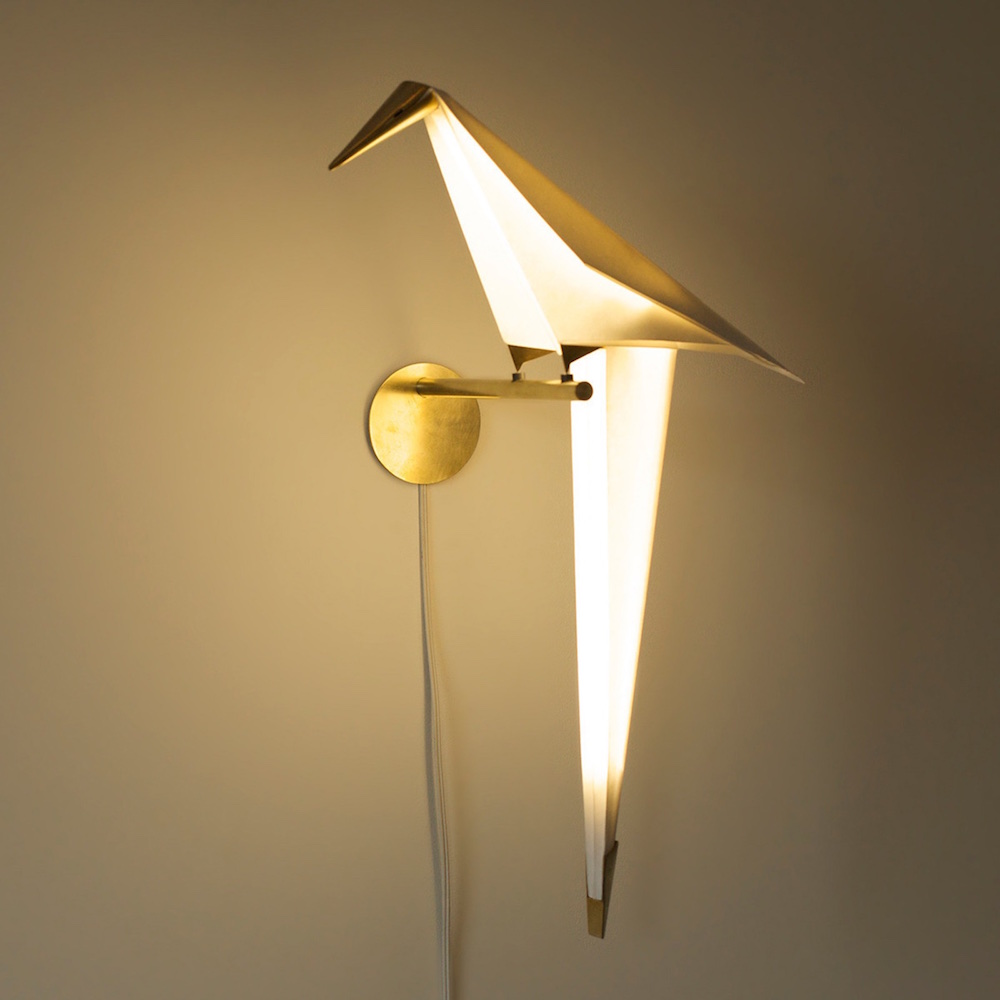 Perch is a unique lamp by multi-disciplinary designer Umut Yamac. Composed of folded paper with brass trimmings, this elegant origami-inspired light balances perfectly on an accompanying brass rod to subtly light a room. 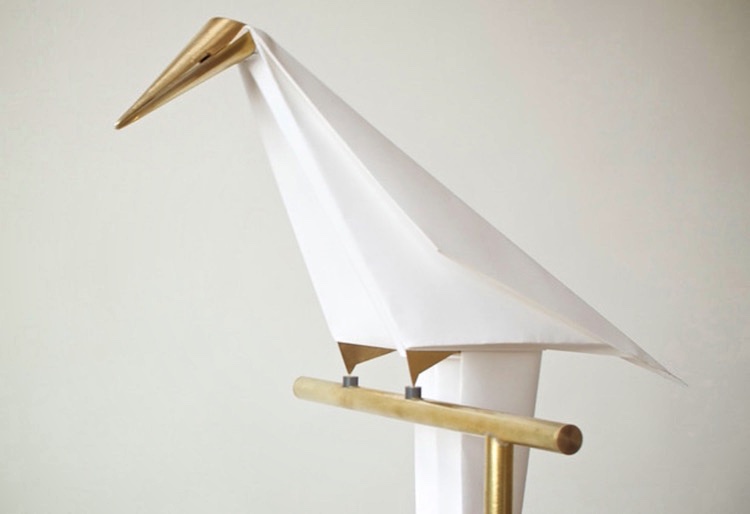 The points at which the claws perch on the contacts are what complete the electrical circuit that powers the embedded LEDs. However these contact points are also incredibly fine and allow the bird to rock freely in the wind. As shown in this video, a breath of air is all it takes to rock the lamp. Umut Yamac cited this interactive element and the act of balancing as the ideas that initially prompted the design of his Perch Light. 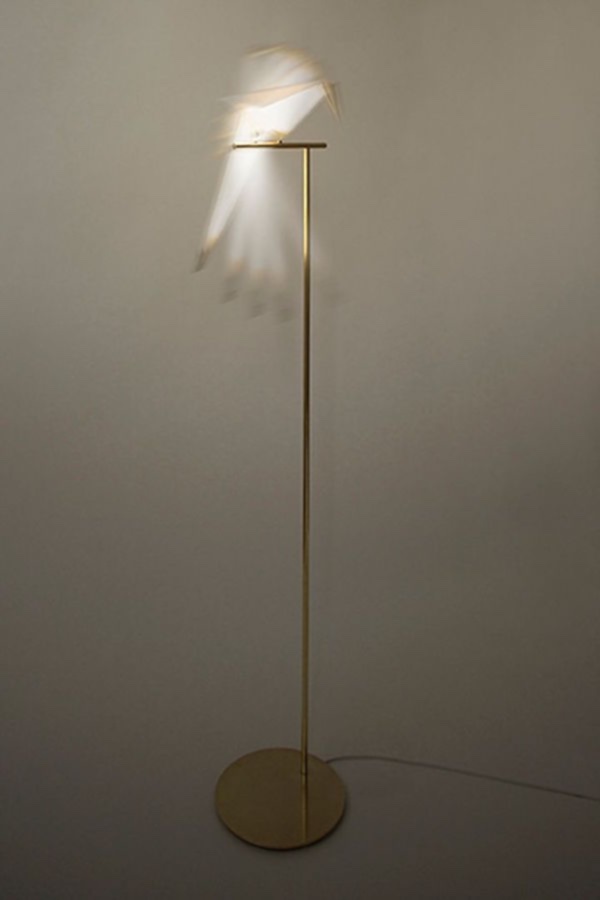 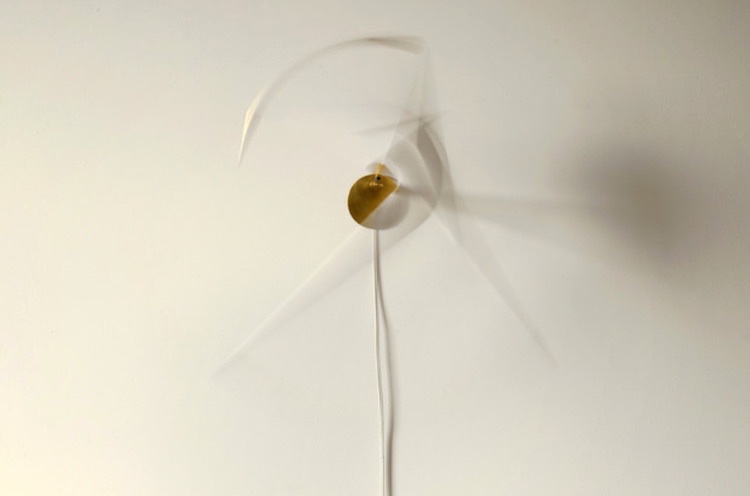 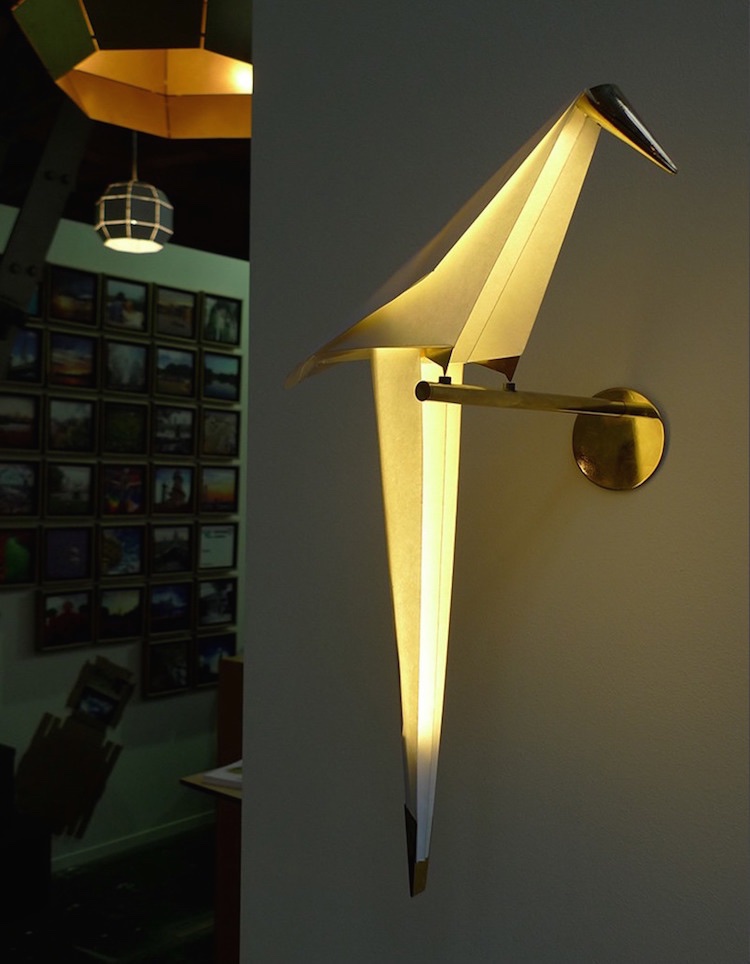 By powering this origami bird light through its feet, the setup can remain largely cable free, so as not to lessen the elegant nature of its design. The light source also remains completely concealed inside the origami bird (which essentially serves as a fully-closing lamp shade), and makes use of LED for low power consumption. 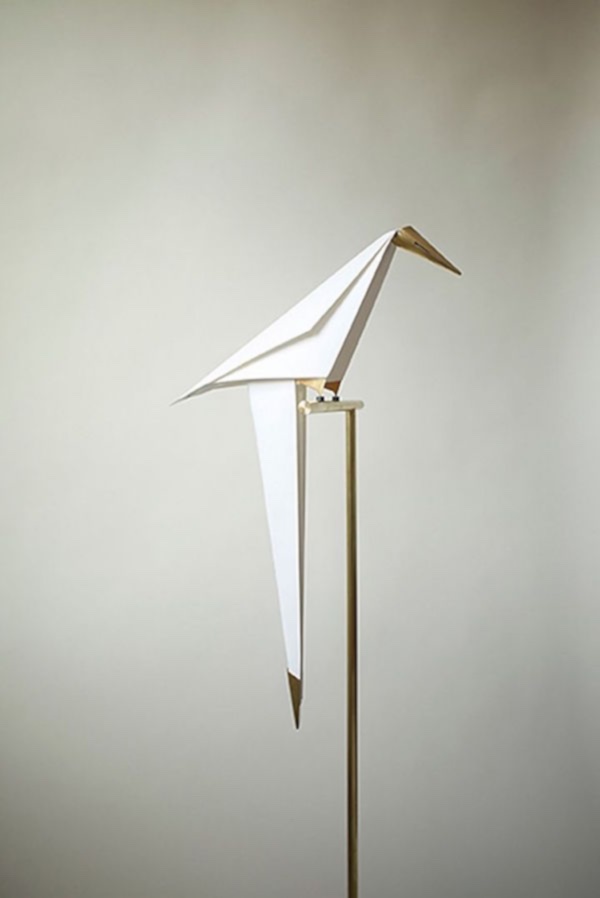