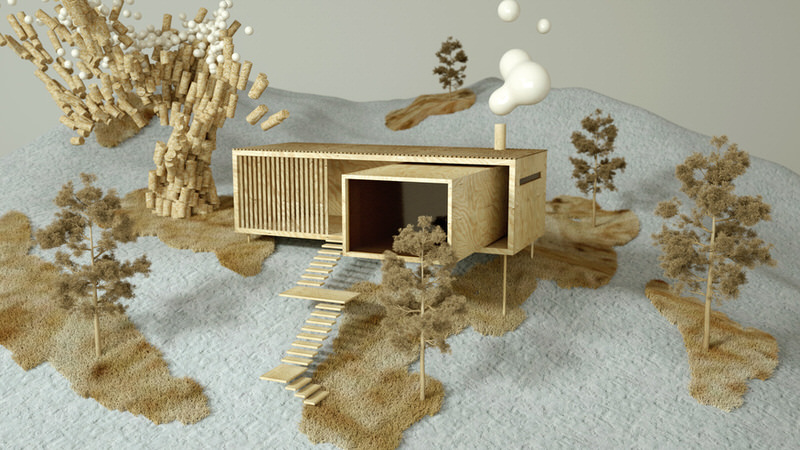 This series of computer renderings picturing architectural models for outlandish Scandinavian summer house concepts was created by Santi Zoraidez. While most of the other imagery that can be seen on Santi Zoraidez’s portfolio website is of his professional work for commercial advertising campaigns, this series of Scandinavian summer house architectural model renderings were created purely for fun. The Jutland project features his trademark usage of rendered wood components and textures (as seen in his designs for an Android advertisements). These include trees made up of wine bottle corks, domes of compressed chipboard as bushes, and plywood surfaces. Another unusual but similarly tactile material, fur, also makes an appearance as grassy reaches. At the other end of the spectrum, easily discernible computer generated objects feature as chimney smoke with cartoonish bubbly globules of smooth 3D rendering.