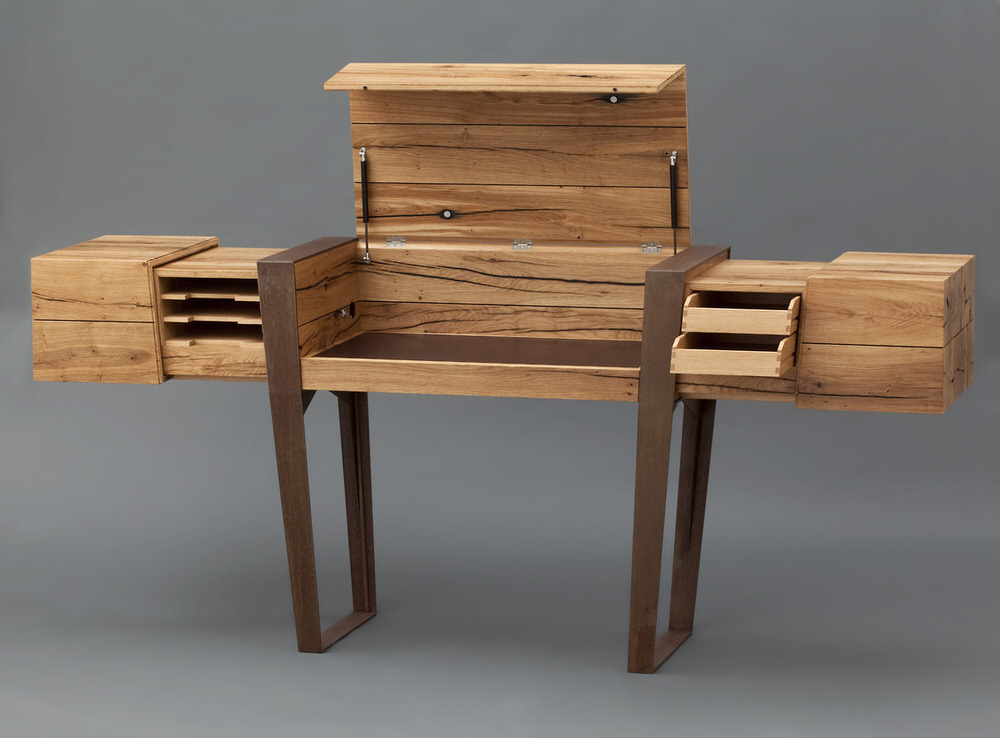 Sekretär is a one-off piece created by Simon Schact for his master craftsman diploma at the Scharfenberg School of Carpentry. This kind of desk is known as a secretary, a somewhat outdated variety that could perhaps be considered a precursor to the modern notion of the ‘workstation’. It’s a furniture piece similar in function to a writing desk, with various drawers and compartments accompanied by an archetypal hinged leaf that covers the writing surface itself.

The secretary desk gives the illusion of being composed simply of 6 stacked wooden beams held together by steel straps, but is in actual fact a lot more complicated than that. Two hollow caps at the ends of the desk slide outwards to expose the concealed drawers and filing trays on either side of the enclosed writing surface, and a hinged lid reveals an internal space. The unit is remarkably compact when not in use and expands into a fully-fledged office when unfurled. It stands supported on two slightly angled leg frames made of 6mm flat steel that has been burnished and oiled.

You can read an in-depth description (translated) of the Sekretär desk on the Scharfenberg website, written by Schacht himself as part of his masters assessment. In it he gives a detailed insight into the materials used as well as his design process.