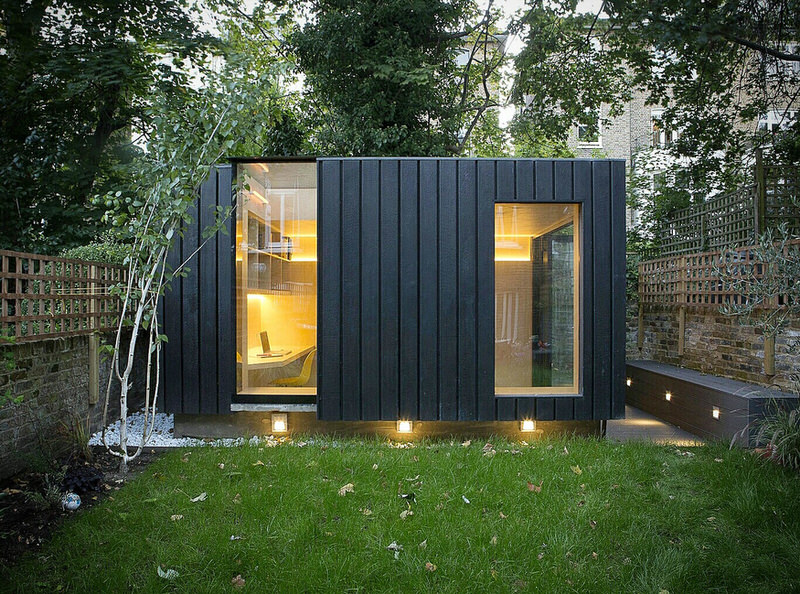 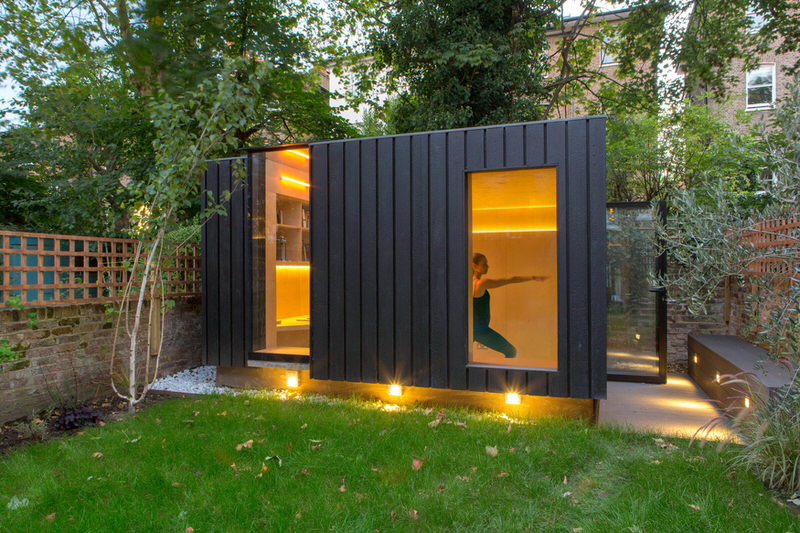 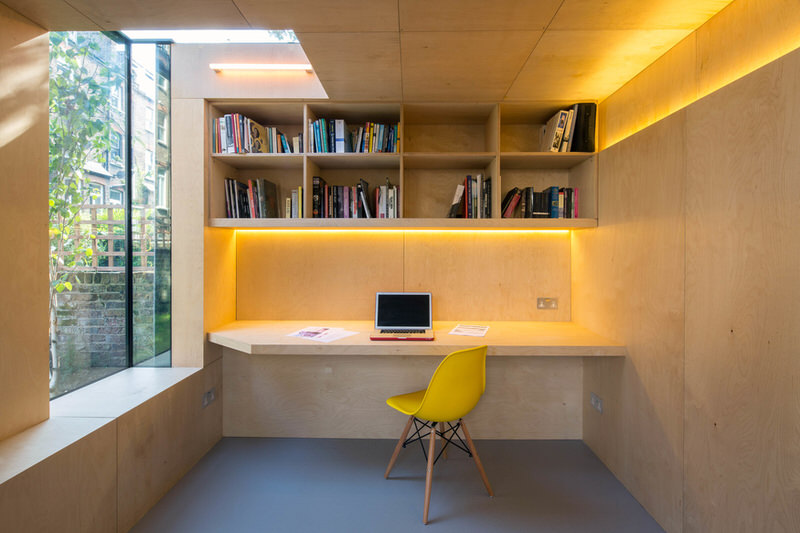 Neil Dusheiko Architects created this garden studio at the rear of a Victorian house in the London Borough of Camden. The Shadow Shed was primarily designed to serve as a nighttime yoga studio, and as a peaceful consultation room for the client, a practicing psychiatrist. 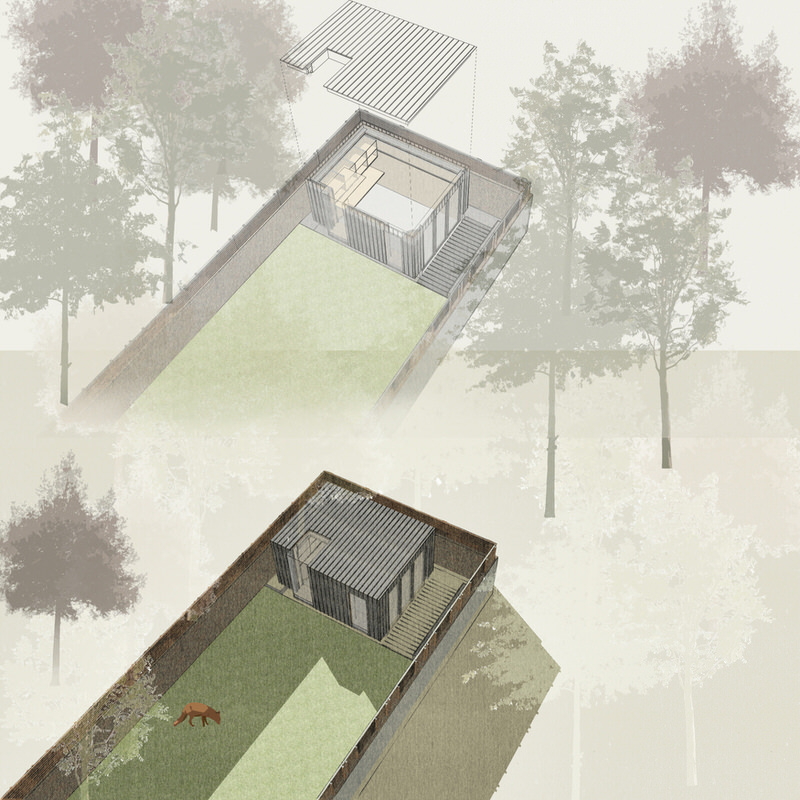 Several considerations has to be made during the design stages of the studio to reduce its impact on neighbouring properties and to ensure it would ultimately meet planning permission. These include subtly sinking the floor of the structure below ground level so as to lower the eventual roof height, and the choice of a charred timber exterior to allow the building to blend into the shadows of nearby trees. 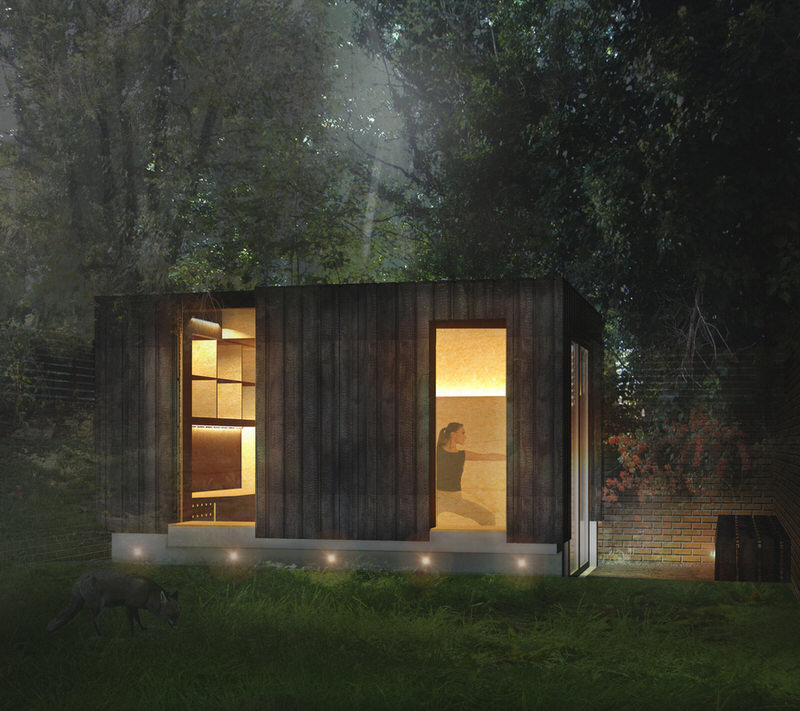 The space is conceived as an inhabited wall – an extension to the existing boundary condition.Neil Dusheiko 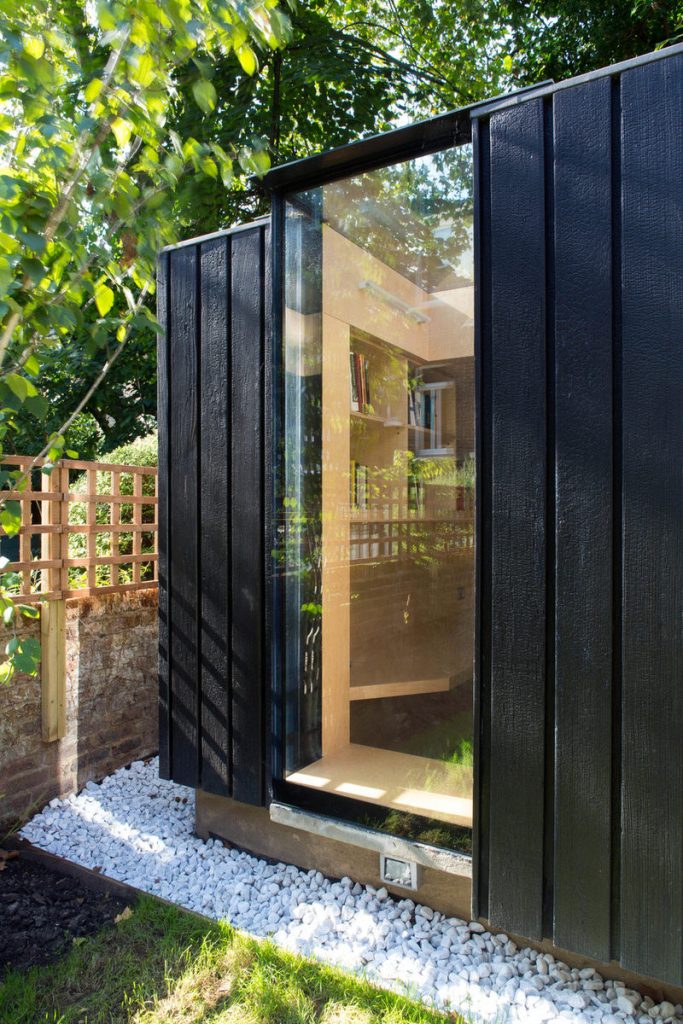 The process of charring timber in the manner is an ancient Japanese method of wood finishing known as Shou Sugi Ban, which both preserves the wood and of course gives it its distinctive blackened colour. As a result the project came to be known as the Shadow Shed by Neil Dusheiko. The interior of the garden studio is entirely decked out in recycled plywood paneling, which was also used to construct a built-in desk and shelving. 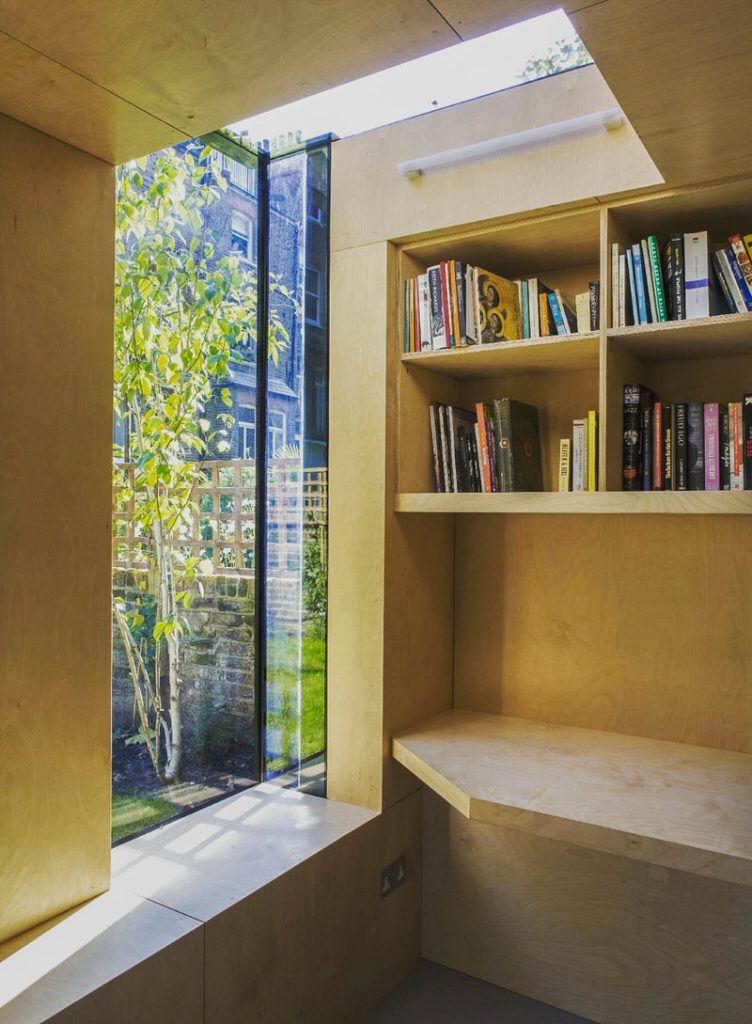 A seamless grey floor for the studio was achieved by pouring a liquid resin which then solidifies. The Shadow Shed is subtly lit by warm-toned tubes recessed amongst the shelving, as well as by pinhole LED light sources scattered across the plywood panel ceiling. 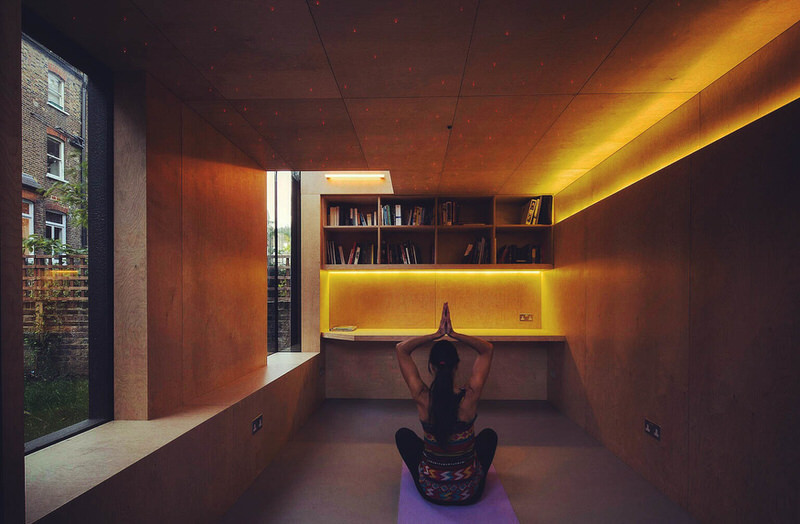 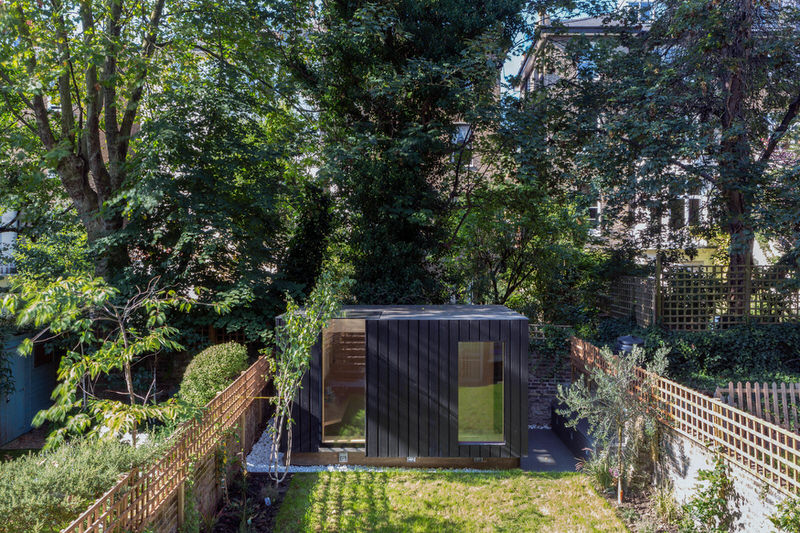