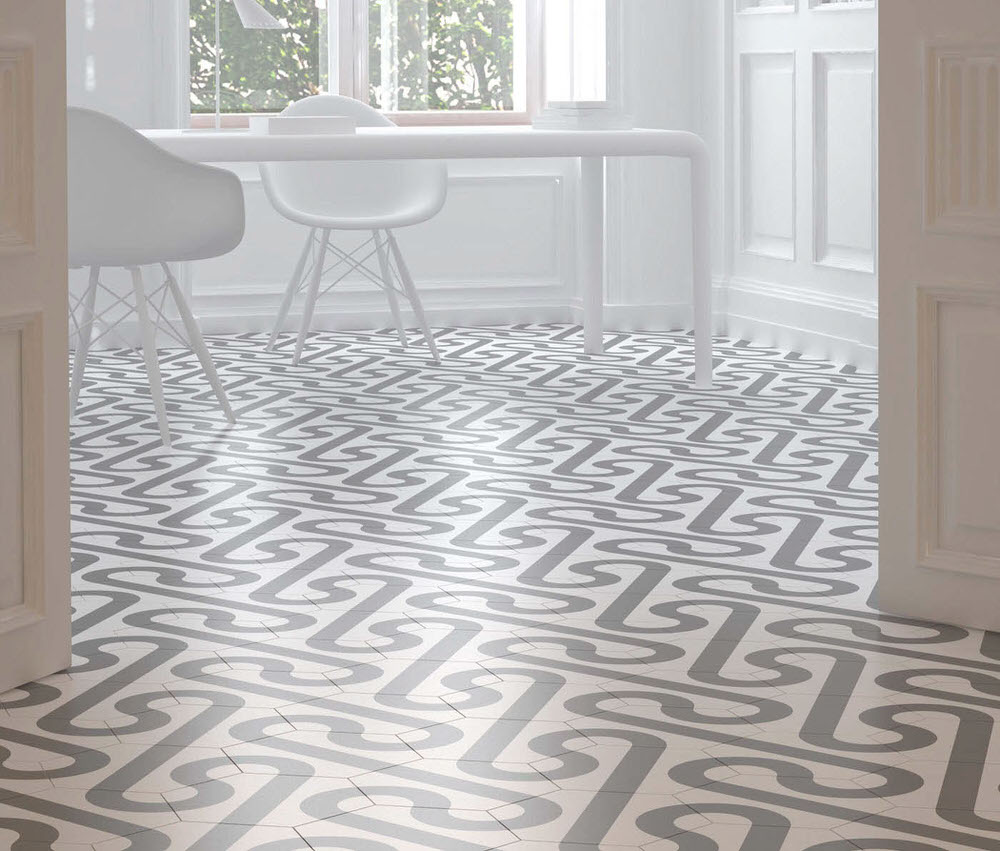 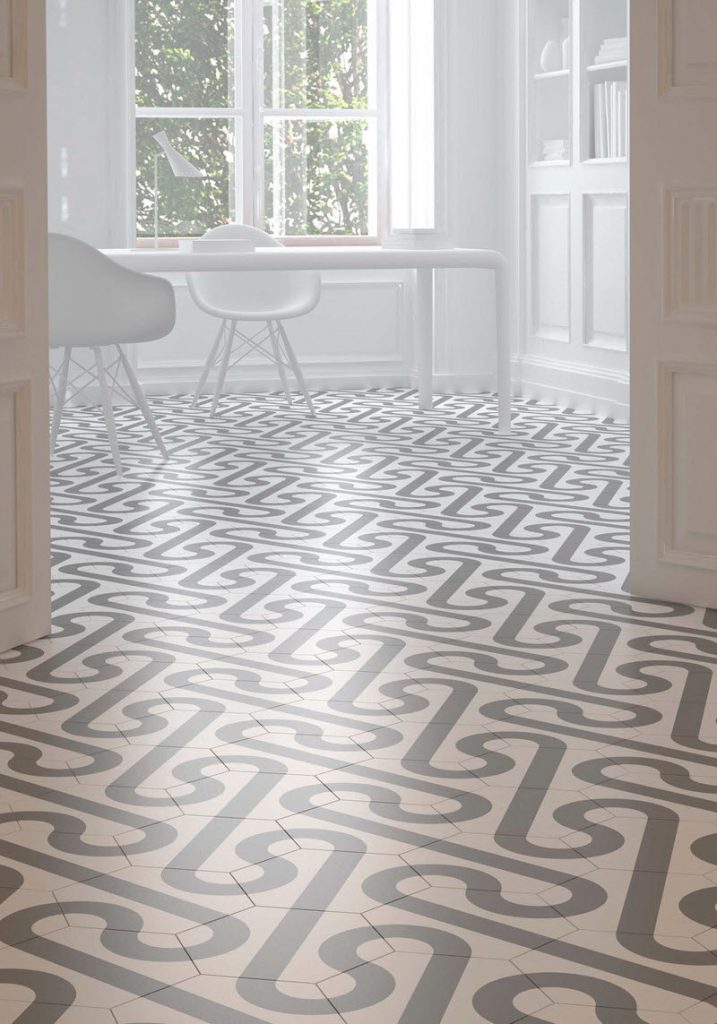 The Spanish design studio DSIGNIO have created this deceptively simple hexagonal tile for the Peronda Group, a high-end tile manufacturer. While it might just be a hexagon with a straight line running across its longest portion and two loops on the opposing sides, the same tile can be rotated when laid to form at least 10 completely different patterns. 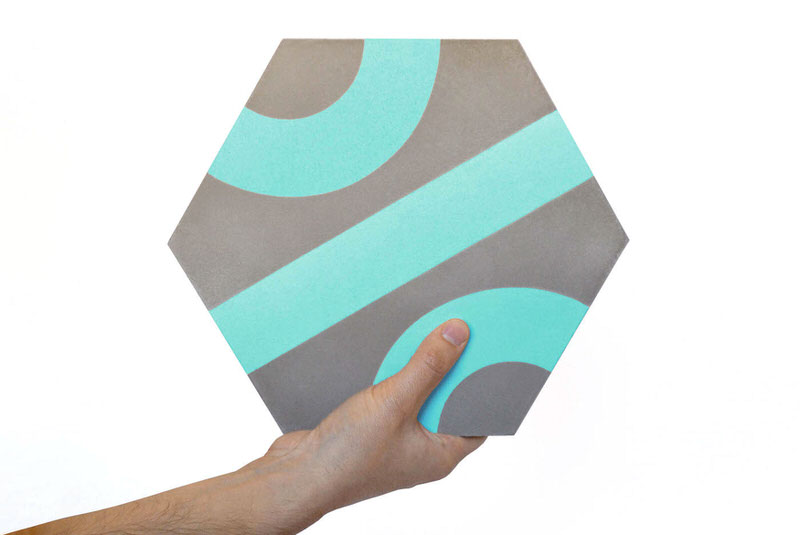 DSIGNIO and Peronda describe the possibilities as being ‘endless’ for their ROLL tile. I’m not exactly a mathematician capable of writing out a definitive proof but I’m fairly sure this claim is a bit of hyperbole – that is, if they were discussing repeating patterns that are self-closing. However it is perfectly possible that there could be some repeating patterns that are yet to be discovered when one considers how varied and unusual some of the existing arrangements are, such as the triangular arrangement below. 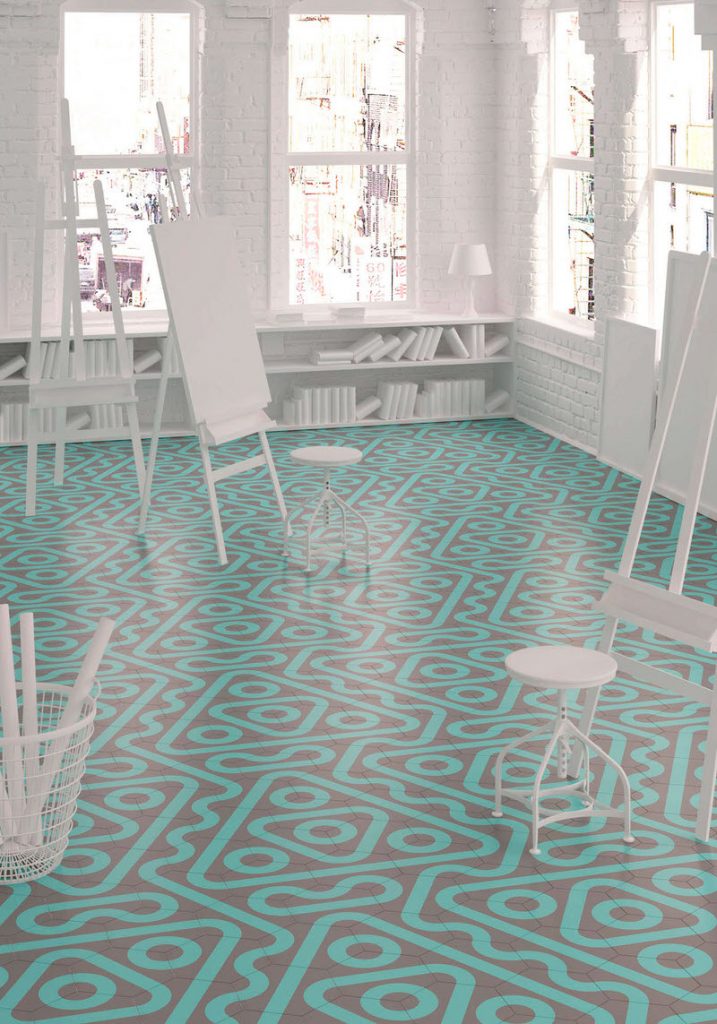 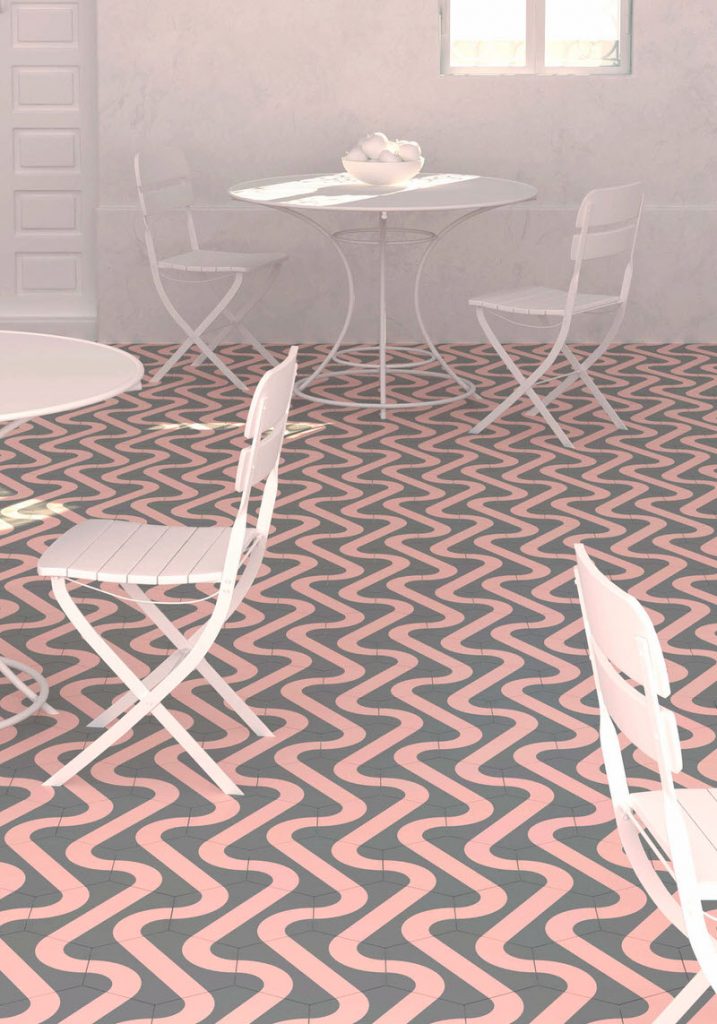 However impossible it might seem, all these photos are based on the use of one single tile model, rotated and laid in different ways. The possibilities are endless, evoking all kinds of different sensations – chaos, order, sobriety or fun.Peronda Group 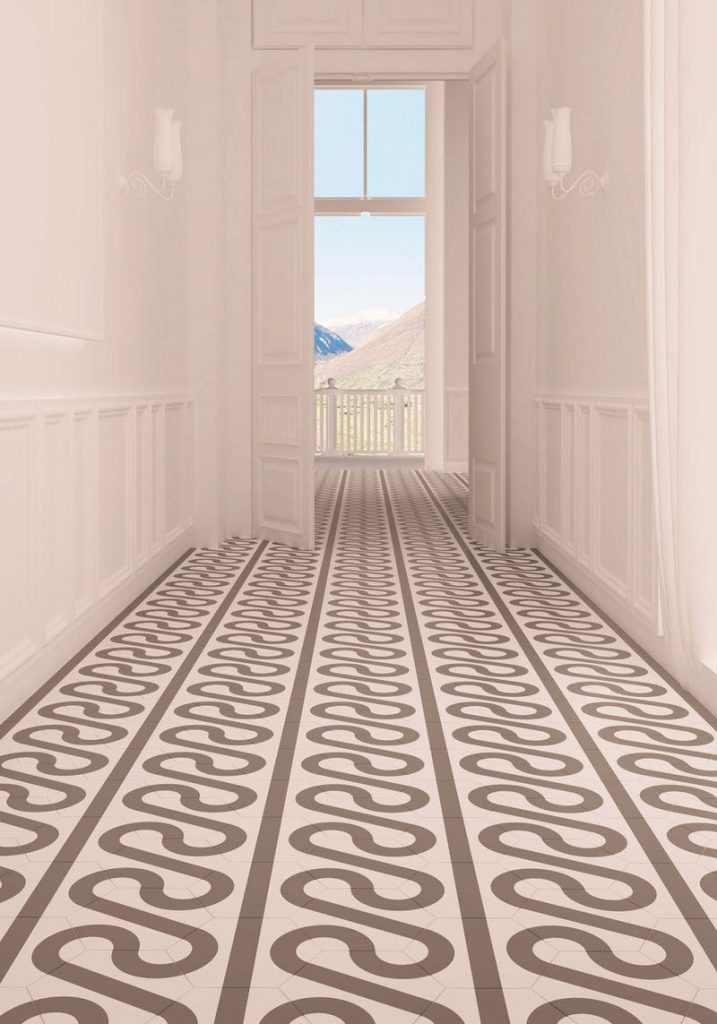 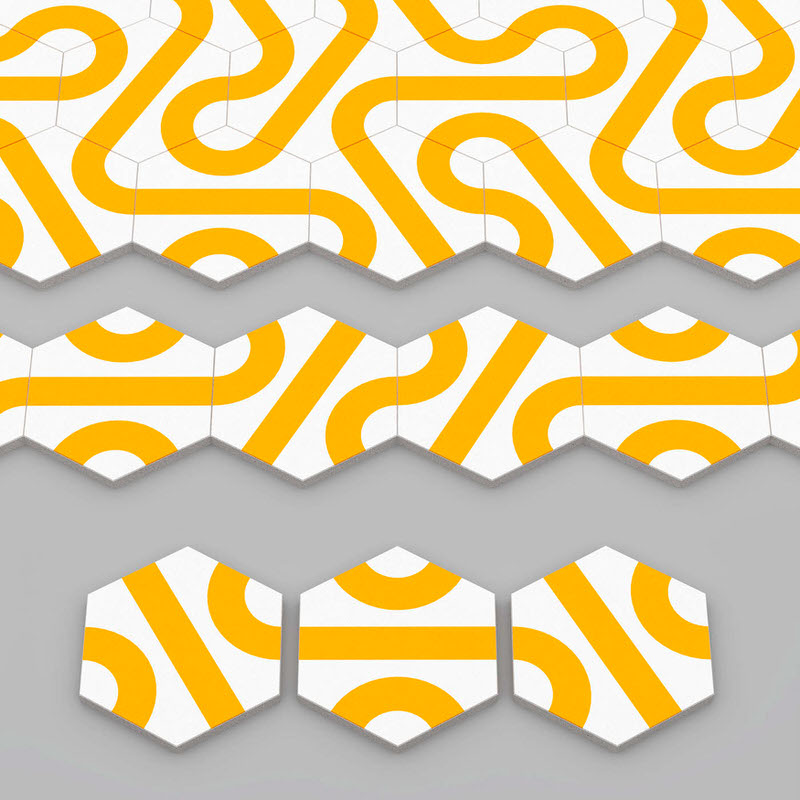 Peronda produce ROLL as either an encaustic cement tile or as a slightly thinner porcelain tile. It forms a part of the Harmony range by Peronda along with several other hexagonal format tile designs, including a similarly pattern based scheme also by DSIGNIO called Play. DSIGNIO conceived their hexagonal tile in several different colour schemes, with either a white or dark grey background, and highlights of either blue, yellow, pink. 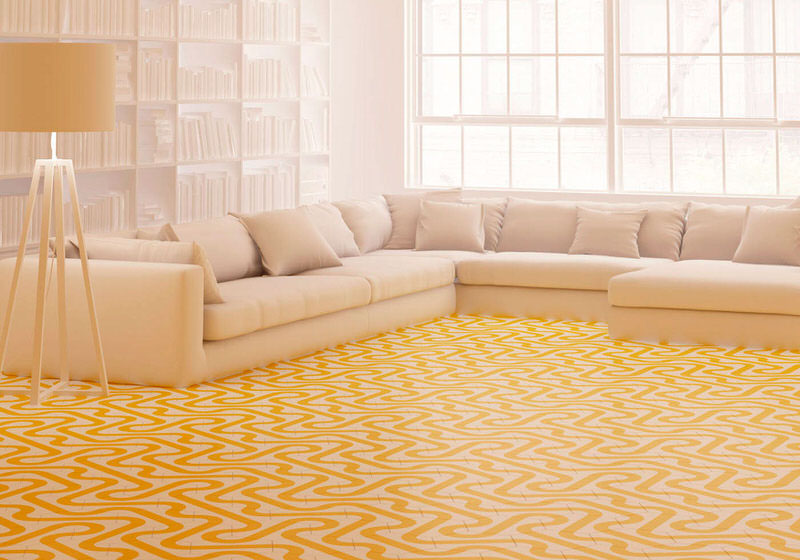