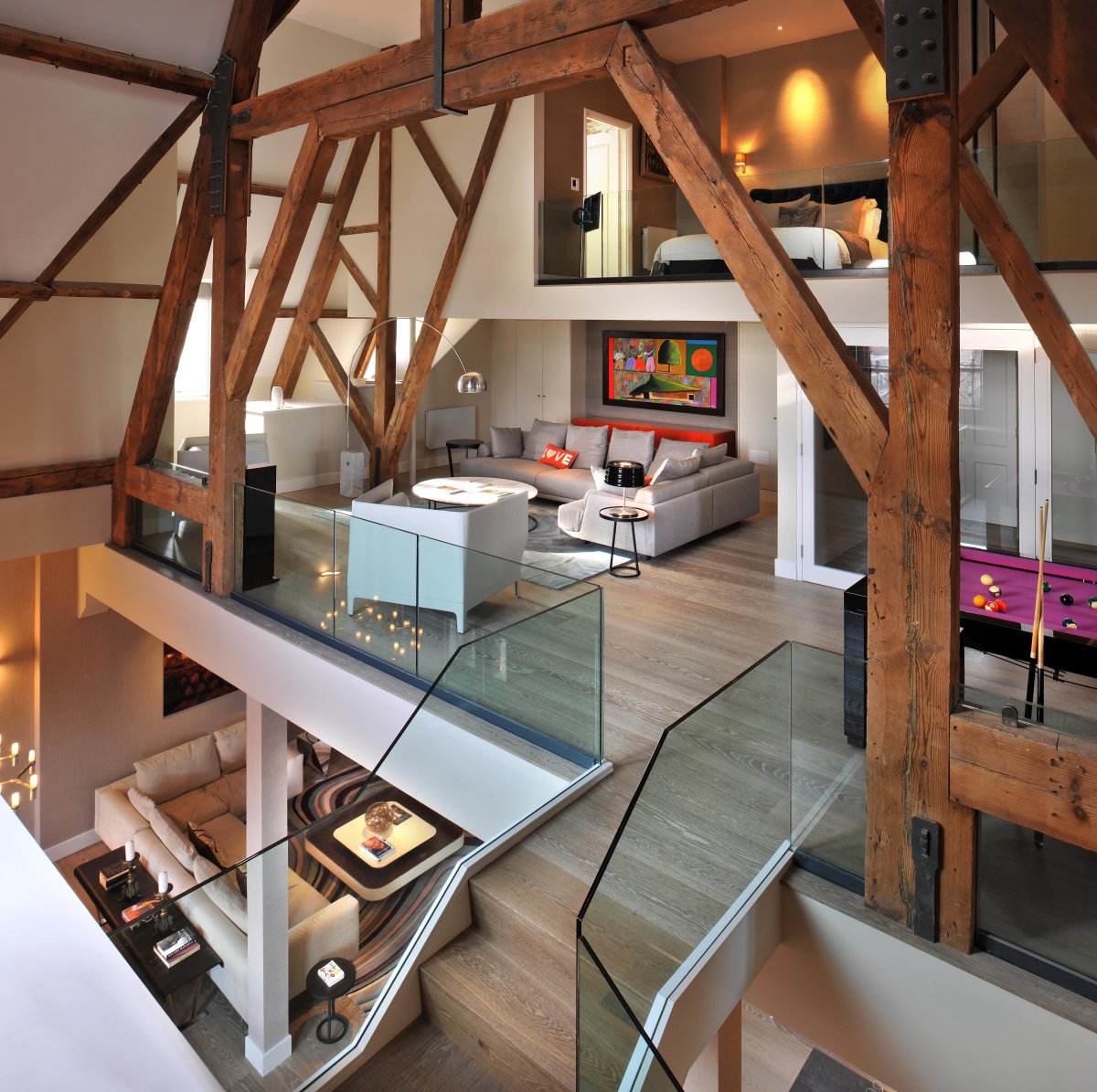 Most dwellings within the nation’s capital tend to be more reminiscent of shoeboxes and so it’s hard to believe that this stunning, tiered triplex apartment is not only in the NW1 postcode area but is situated within one of the city’s most iconic buildings, St Pancras. This is one of the three penthouse apartments of the 67 units within St Pancras Chambers which was originally redeveloped by the Manhattan Loft Corporation and is actually located within the west tower of the Grade I listed building. 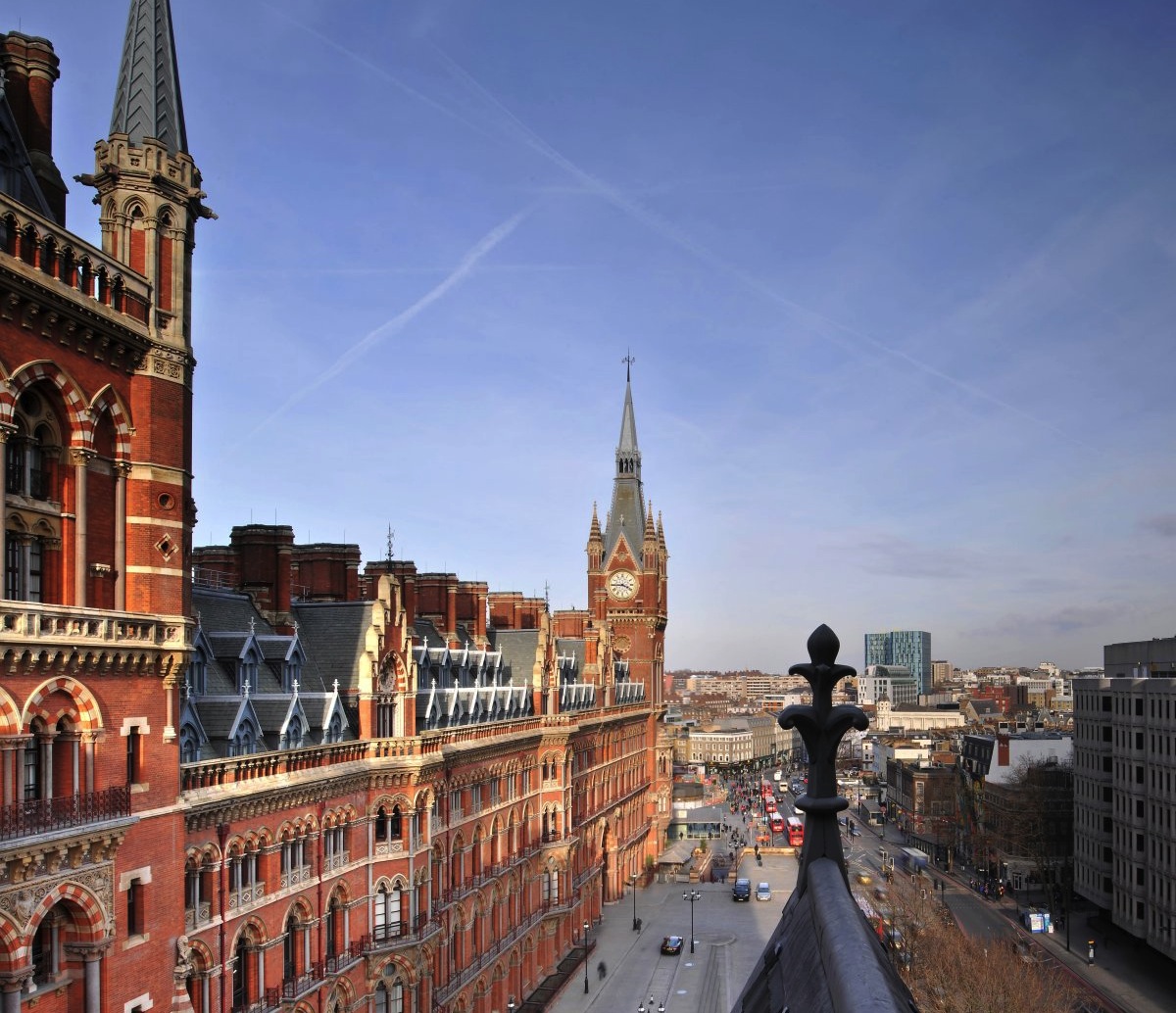 TG Studio headed up by Thomas Griem were behind the interiors of this St Pancras apartment after being chosen by the owner Arran Patel. All creative control seems to have been given over to Griem although there were some limits due to the Grade 1 listed status of the building. Certain features such as the wooden beams and the somewhat unusual floor plan had to be kept. While the end result looks amazing, I think they could have been even more sympathetic towards the original period features of the building which the Manhattan Loft Corporation seem to have retained with the rest of their apartments in the development. 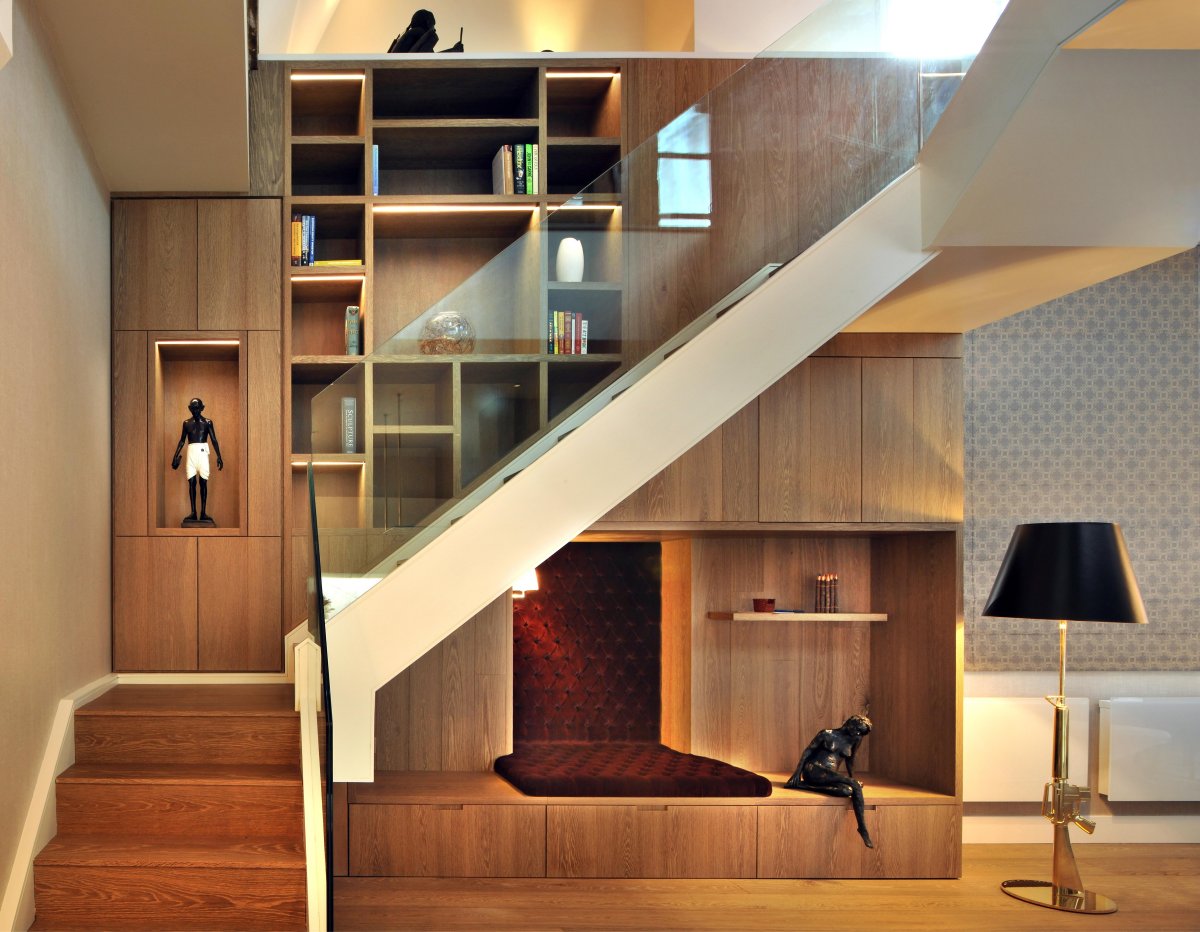 Despite the lavish use of luxurious materials such as the veined marble used liberally in the apartment’s two identical yet mirrored bathrooms and the high grade, wide-plank, faded oak flooring from Schotten and Hansen laid throughout, there is still an understated, peaceful elegance to this St Pancras apartment. The glass balastrudes while not exactly period, certainly don’t distract and actually add a sense of tranquility to the Escher-esque stairways. The extraordinary use of levels is the most striking thing about this apartment with the tiered structure incorporating everything it has to offer from the kitchen at the base to the bedroom which rests at the top which benefits from an automated enclosing curtain. 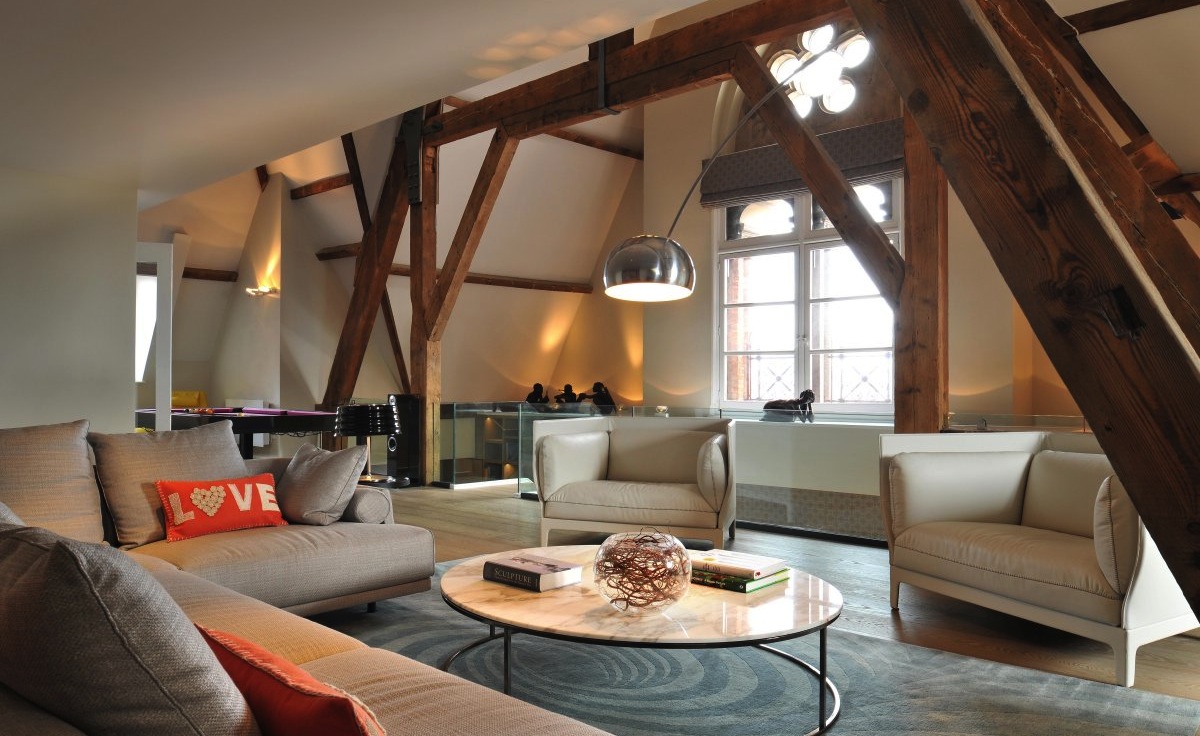 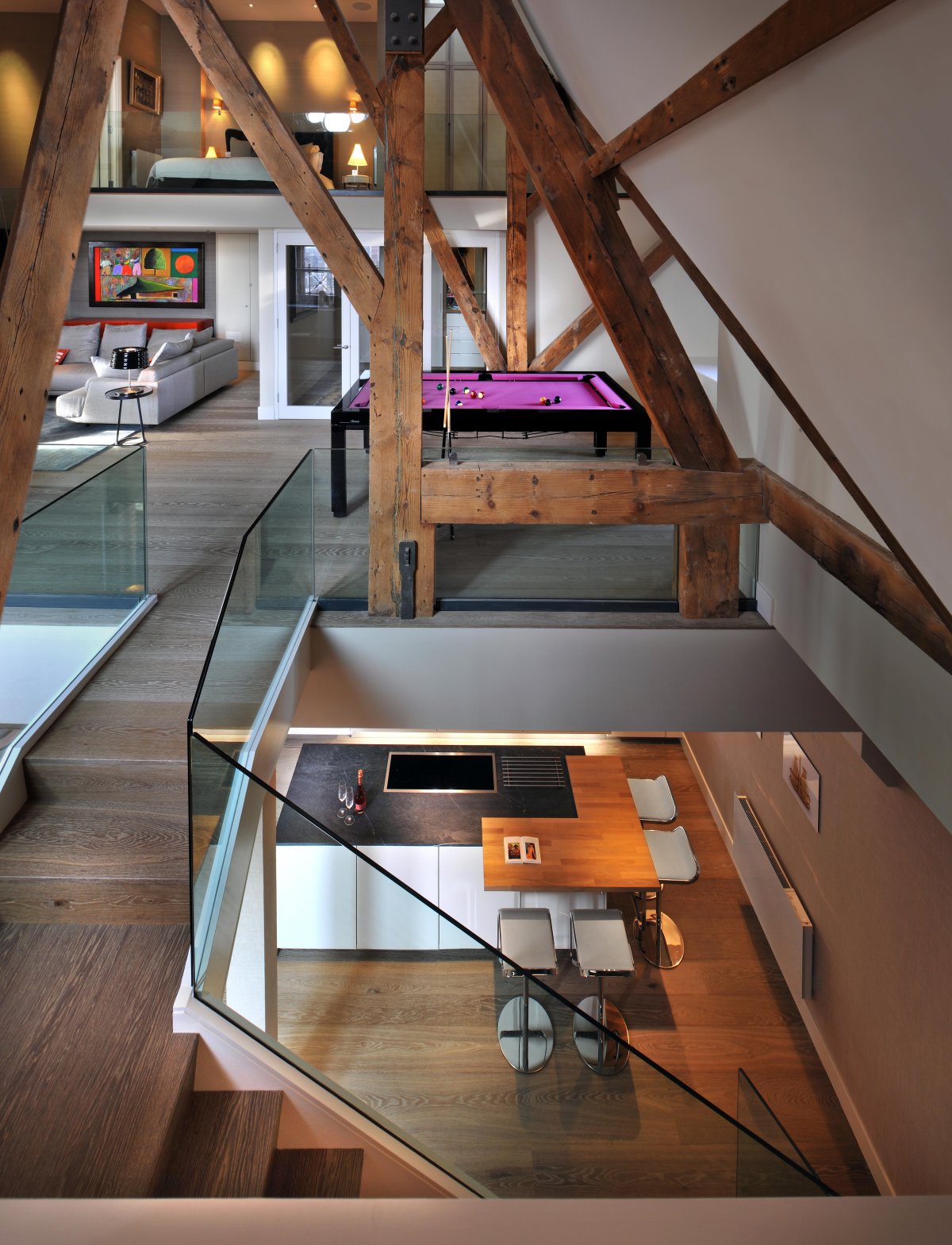 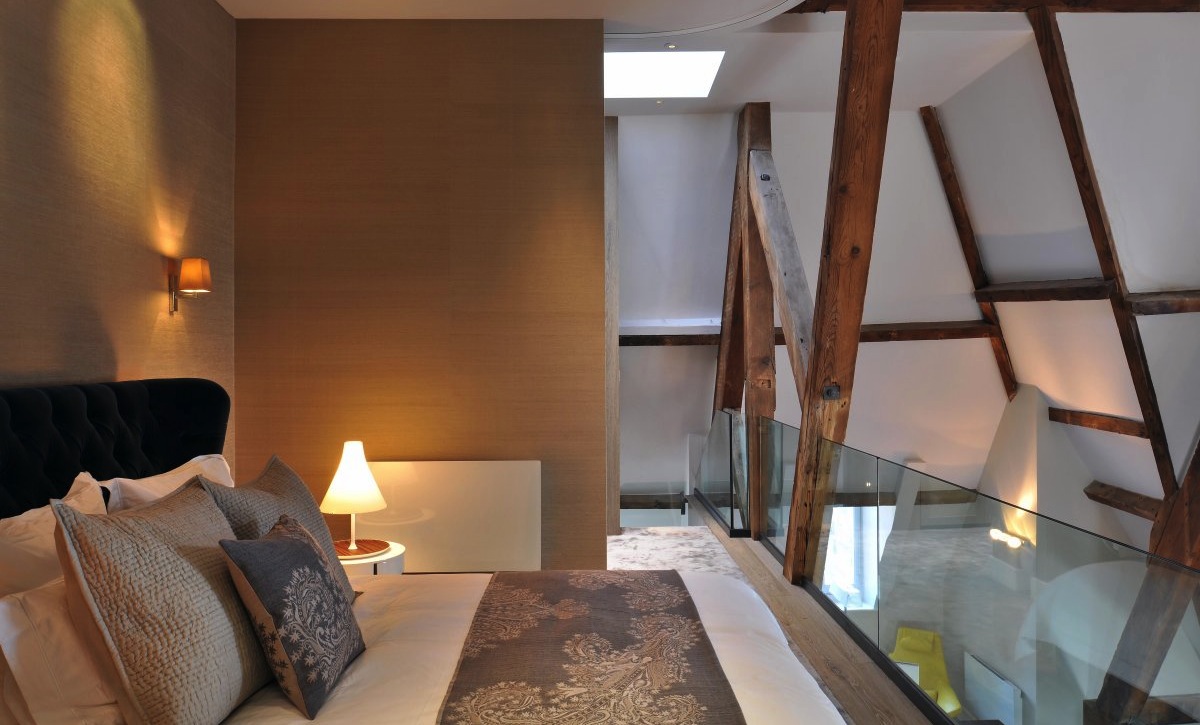 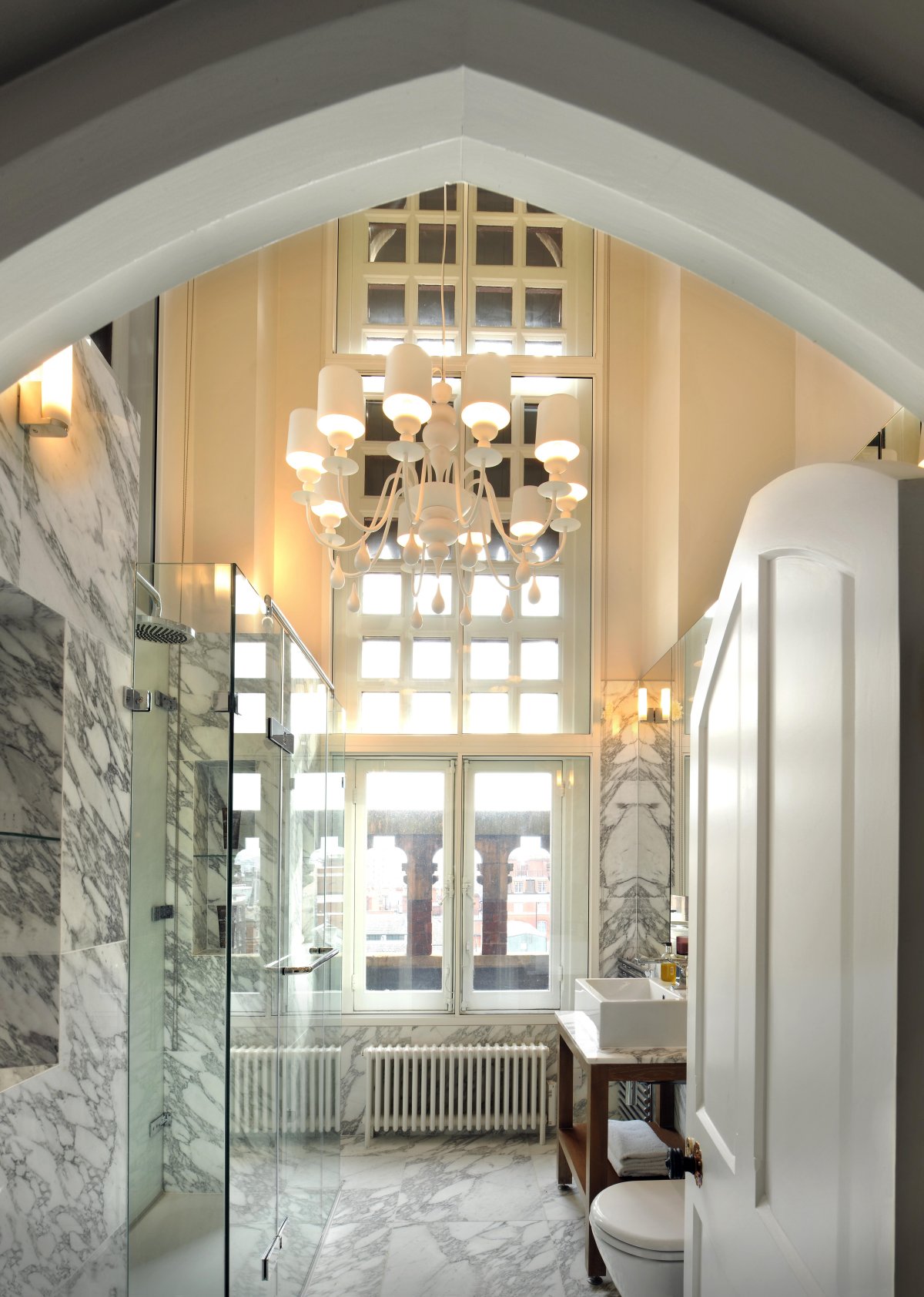