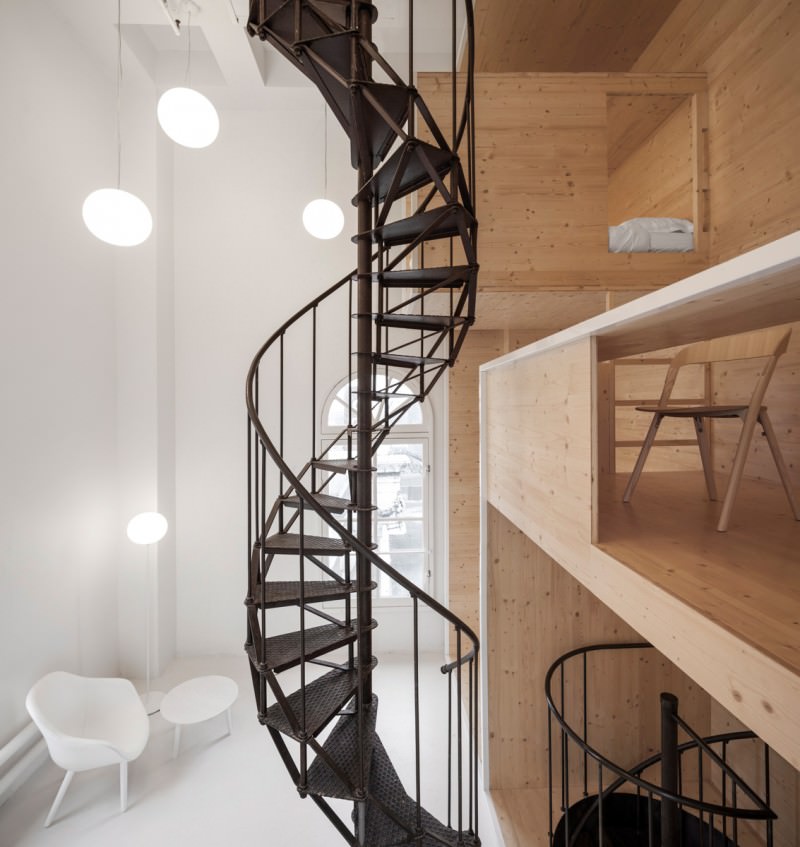 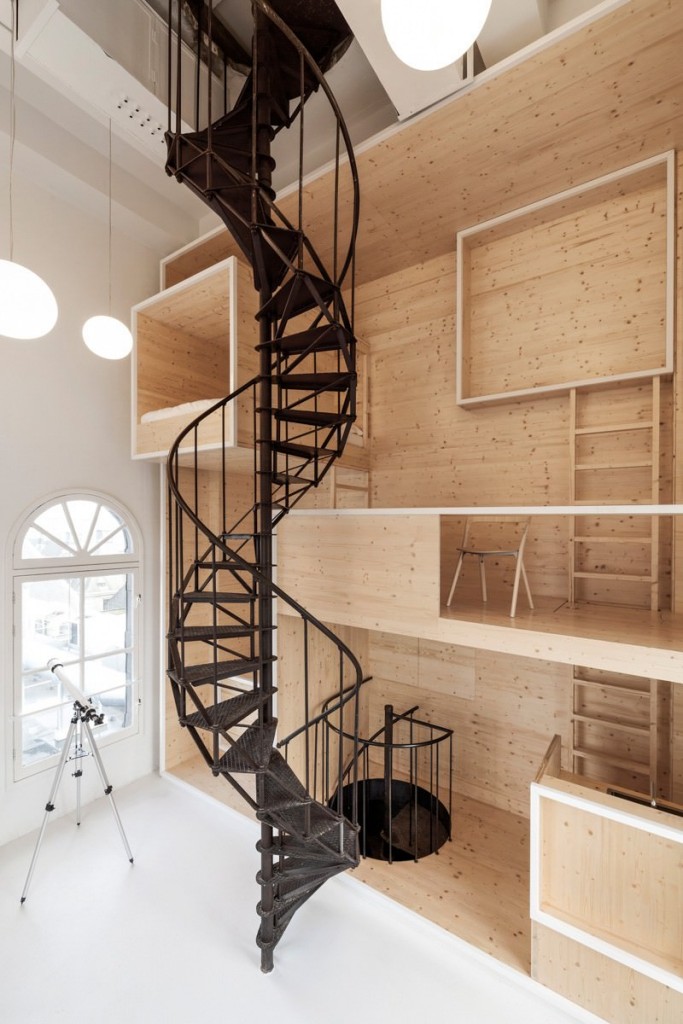 A collaboration between the Rijksmuseum and the iconic Amsterdam department store de Bijenkorf, ‘Room on the Roof’ is an initiative which will see various artists taking residence in a recently renovated tower. The tower in question is situated at the top of de Bijenkorf’s Amsterdam building and it enjoys views over Dam Square and Amsterdam’s skyline. 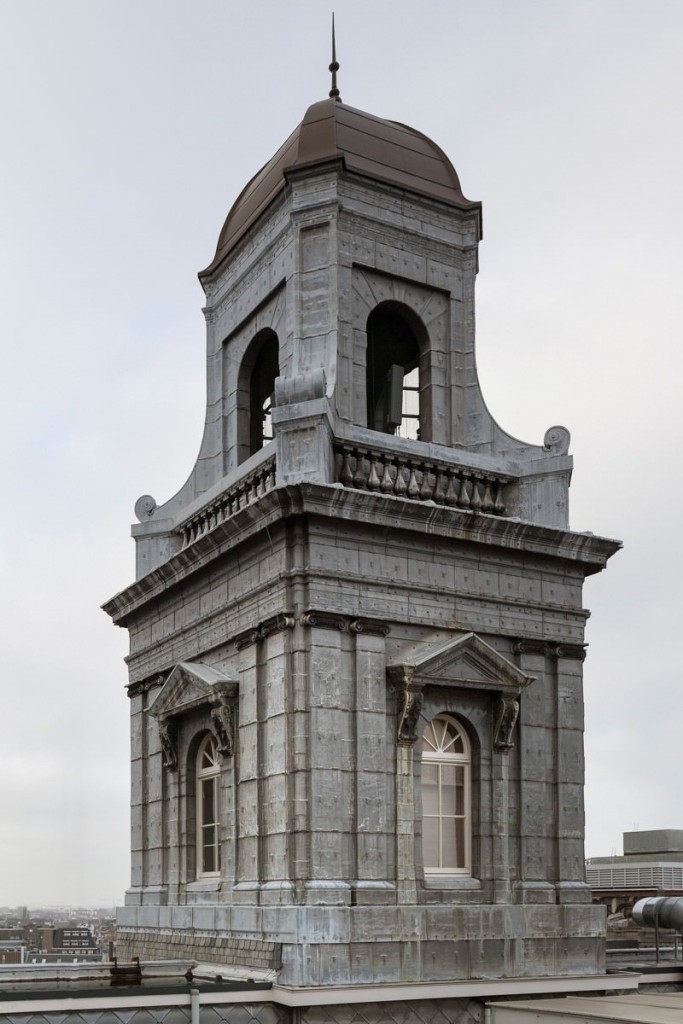 The deceptively large tower (standing at 12 meters tall) houses a minimalistically kitted out loft studio with a double height ceiling on one side, and built-in wooden living apparatus on the other. This unit includes a sleeping pod, a mini-kitchen and desk area, all connected by ladders. 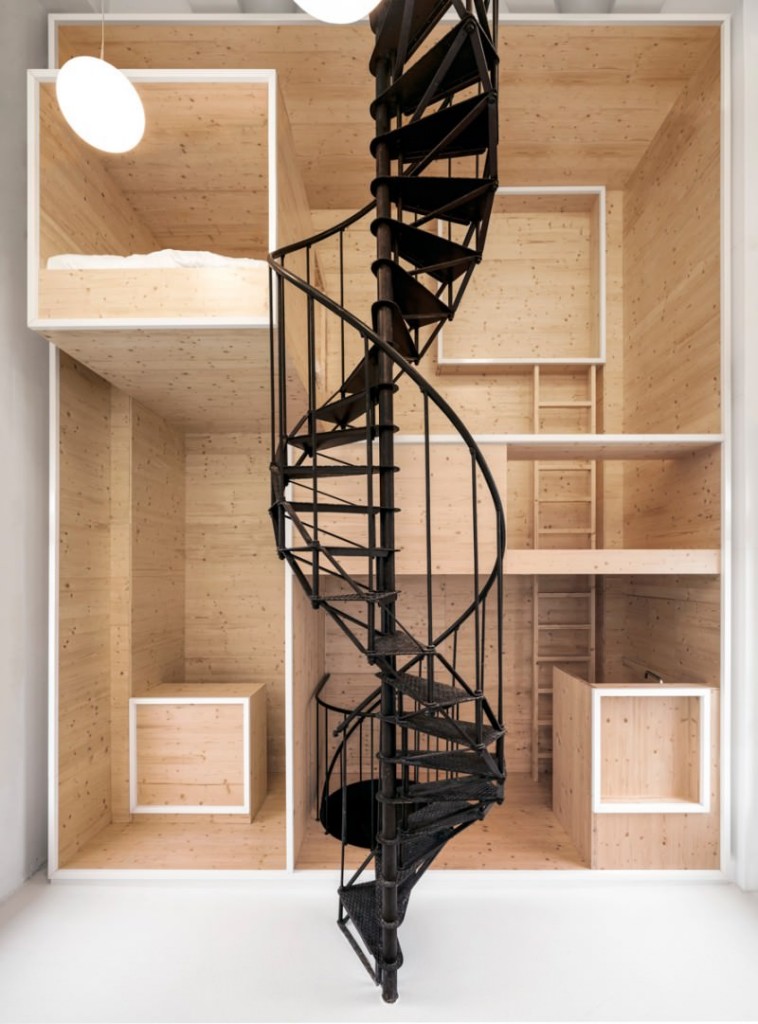 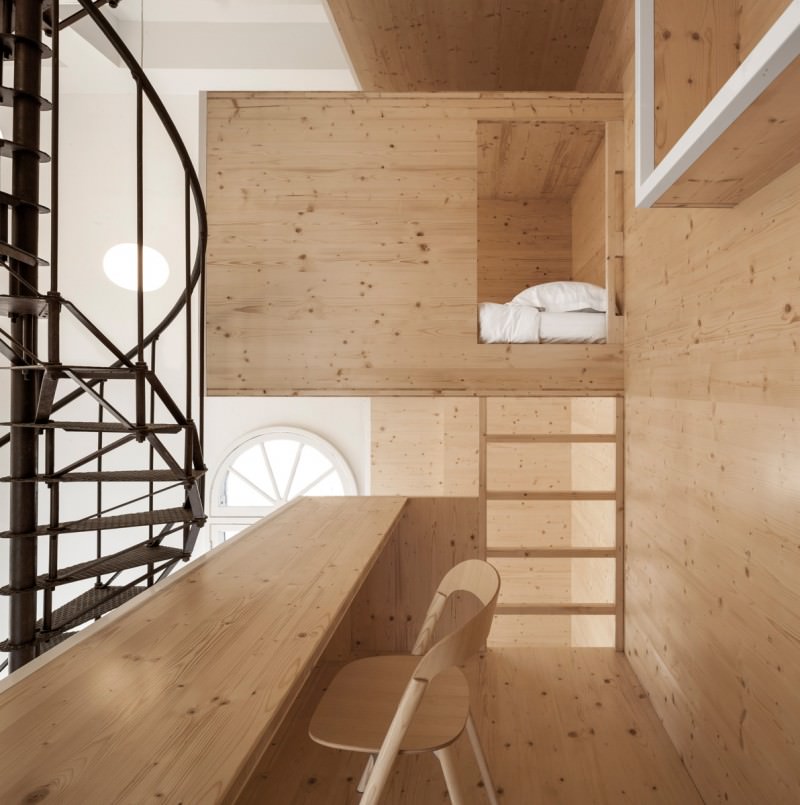 There’s a stark contrast between the two sides of the tower, both in terms of material usage and colour. The aforementioned living pods are made entirely of unfinished wood, a material choice which also extended to the furniture on this half, while the opened-up ’creative’ side is completely white — akin to a blank canvas — with the walls, floor, chairs and even the telescope in white. 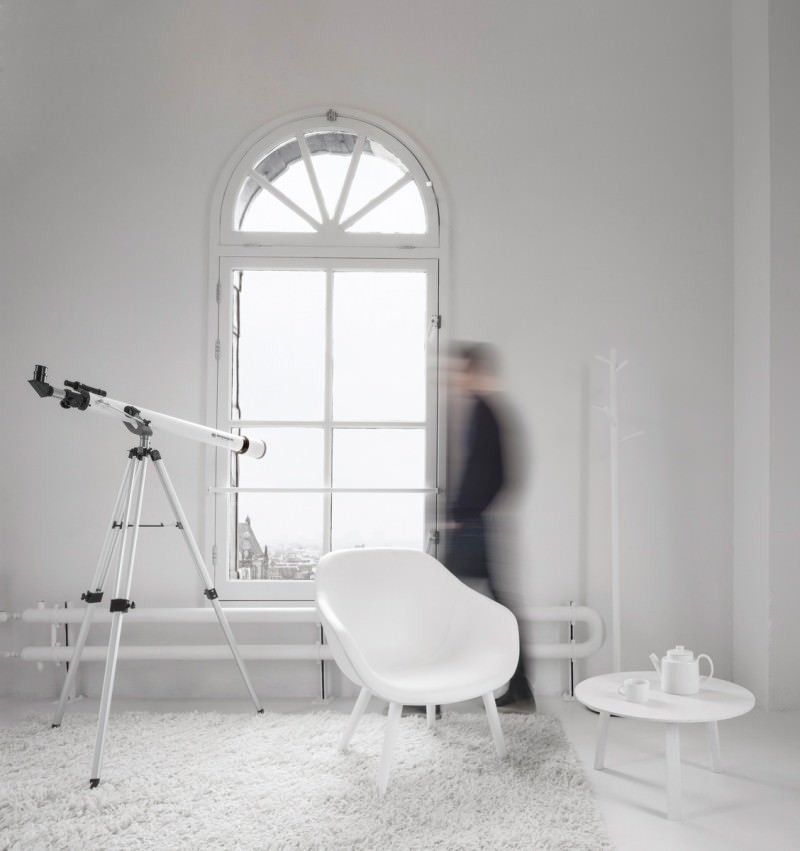 This division is perhaps a metaphor for the oft-recited blah claiming that one hemisphere of the brain is solely for creative thinking, but this is probably reading too far into the design and I actually sort of hope this wasn’t the case.

The entire setup is punctuated by a black iron spiral staircase which leads to the external cupola of the tower. The inhabitant is also reminded of the fact that they are indeed occupying a symmetrical tower by the four identical arched windows on each facade of the space. 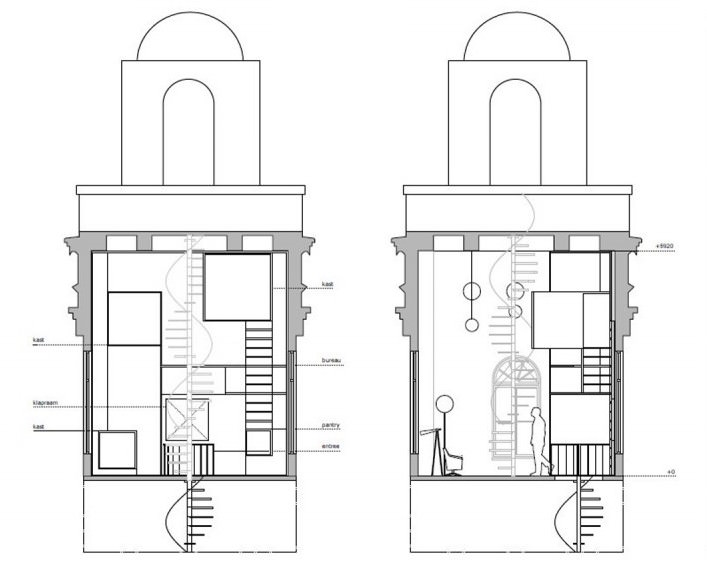 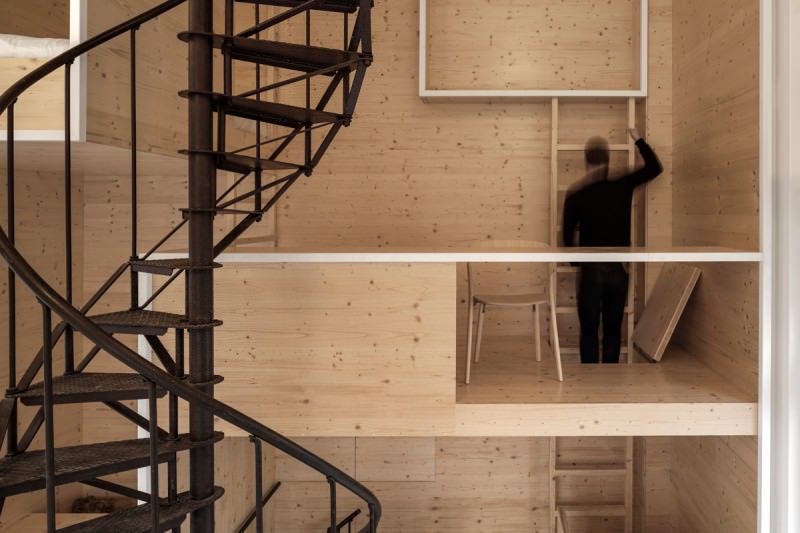 Room on the Roof

The ‘Room on the Roof’ project involves artists occupying the rather swanky tower and producing works in isolation with the setting and its views as inspiration. The resulting works will be on show for the general public in de Bijenkorf’s shop windows.

Martin Baas, a sculptor/furniture designer, is the first artist to take residence in the tower and began his term on the 27th of January 2015. It is not clear yet how long each artist will have to spend in the ‘Room on the Roof’ but there is already a host of international artists lined up to follow, from disciplines including poetry, photography, and music. 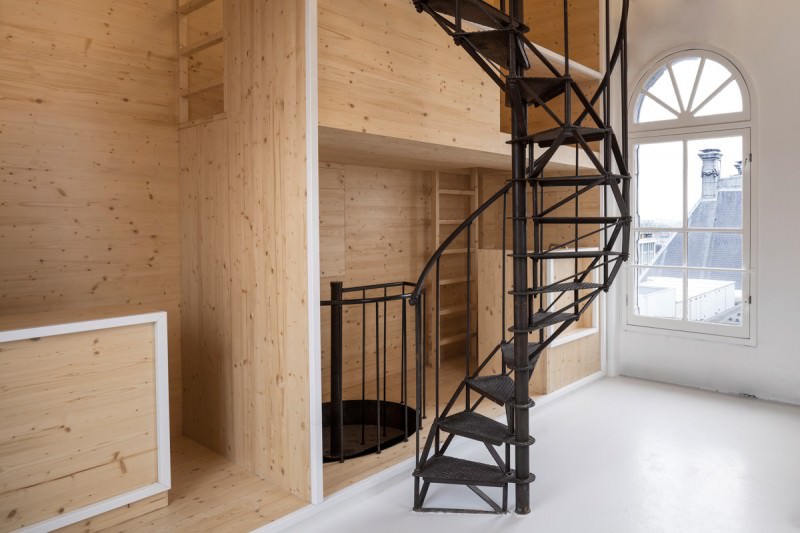