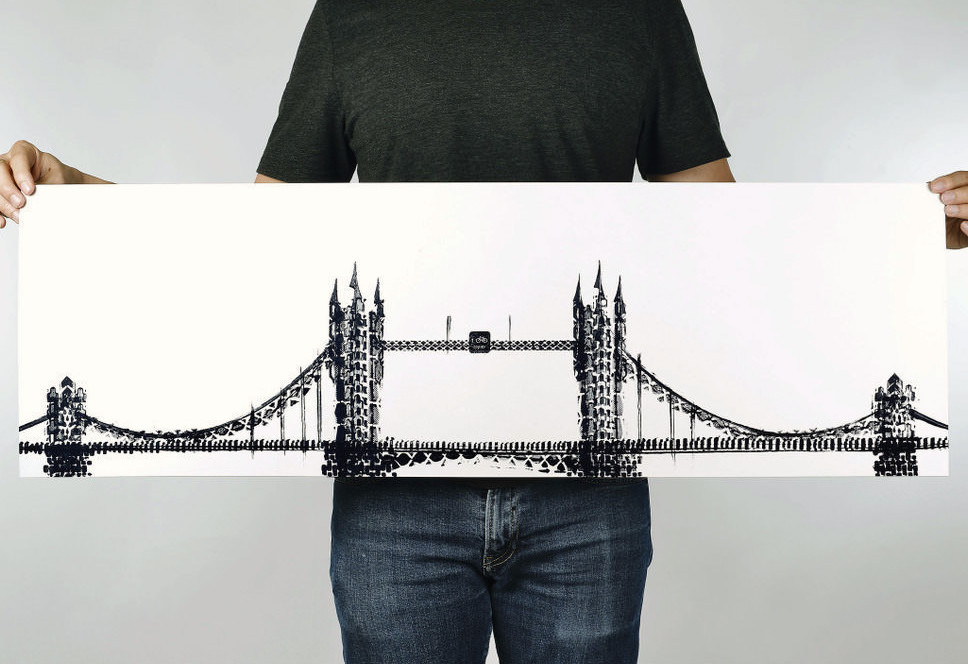 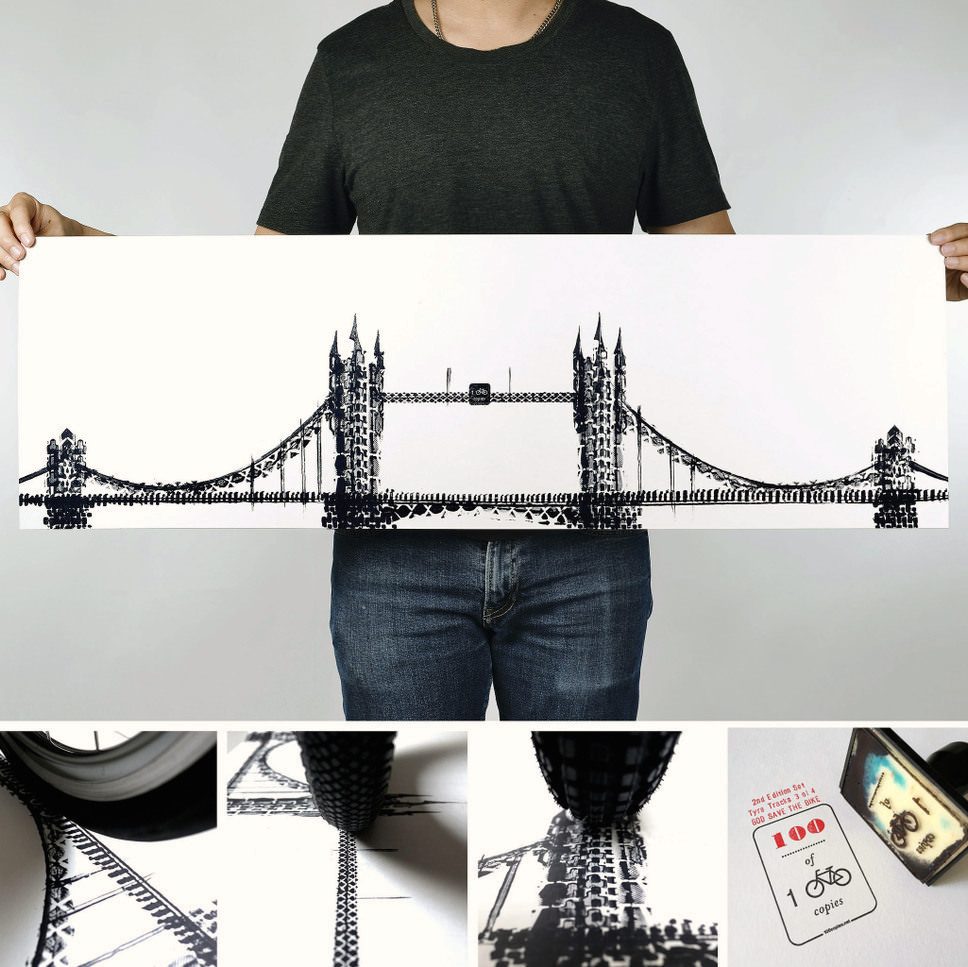 Thomas Yang has been hard at work rolling ink coated bicycle tyres over paper and has created impressions of some of the world’s most iconic landmark buildings. These are the Empire State Building, New York; Tower Bridge, London; The Eiffel Tower, Paris; and the Forbidden City, Beijing; and the likenesses Yang has realised in such an unusual and simple medium is startling. 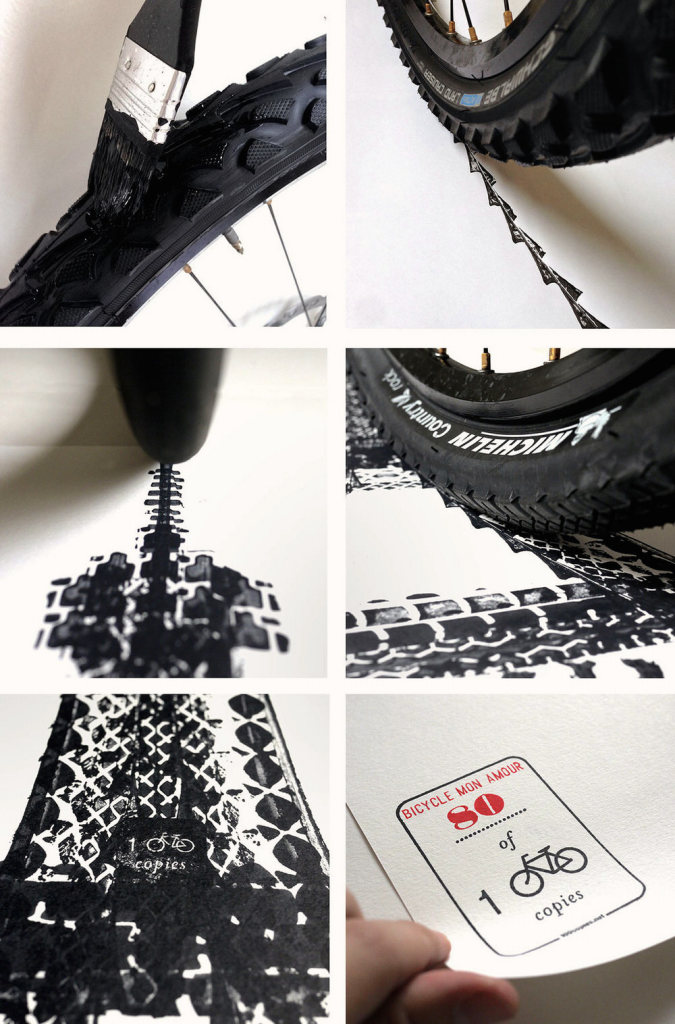 12 different bicycle tyre tracks went into creating these prints, with varying widths and tread patterns. Tom Yang simply applied a black ink pigment to the tyres and then rolled the wheels over paper in sweeping curves. The repeated pattern of the individual sipes helps to create an abstract masonry effect as well as making shading possible. 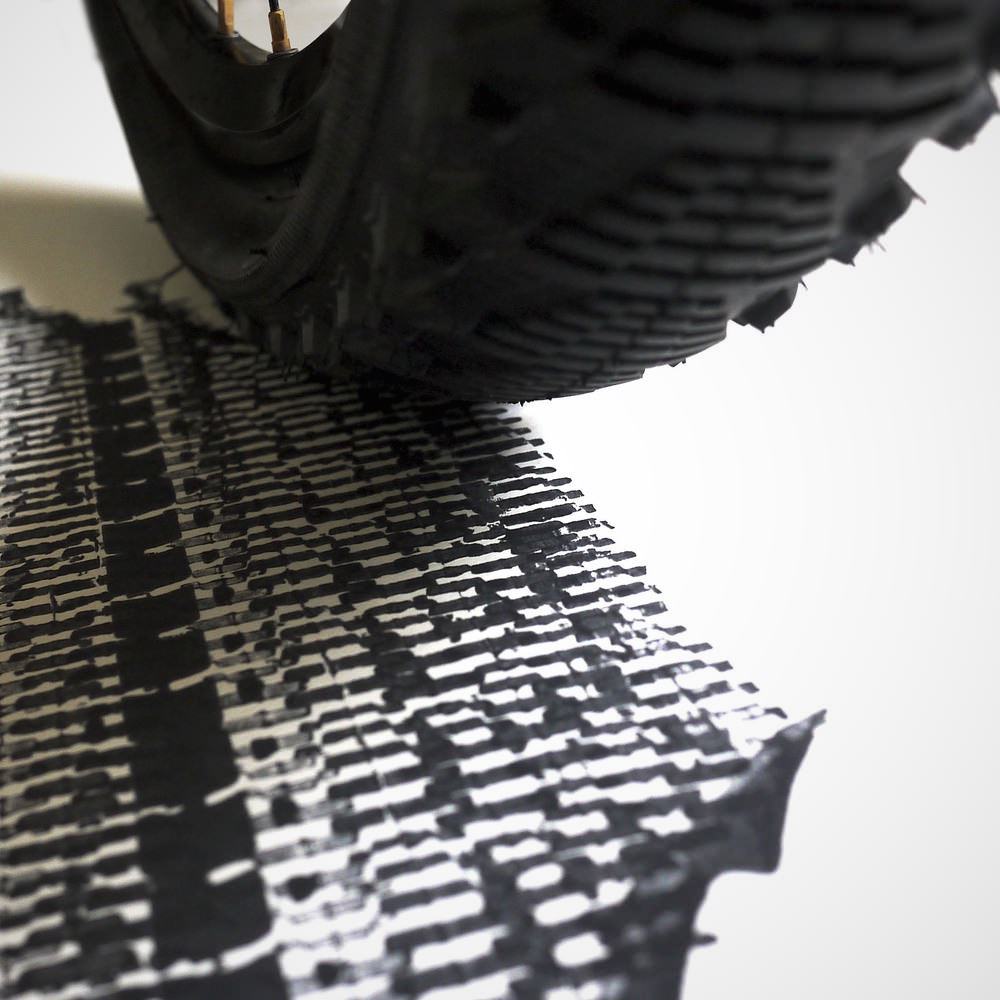 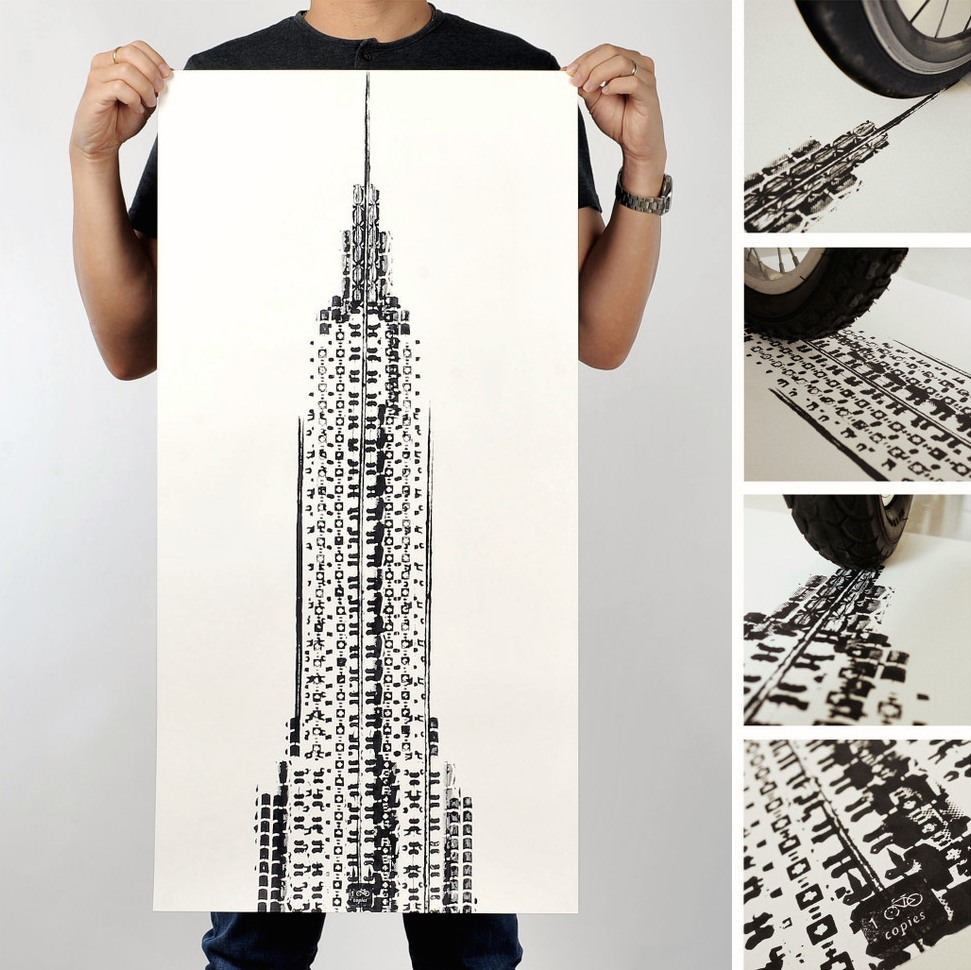 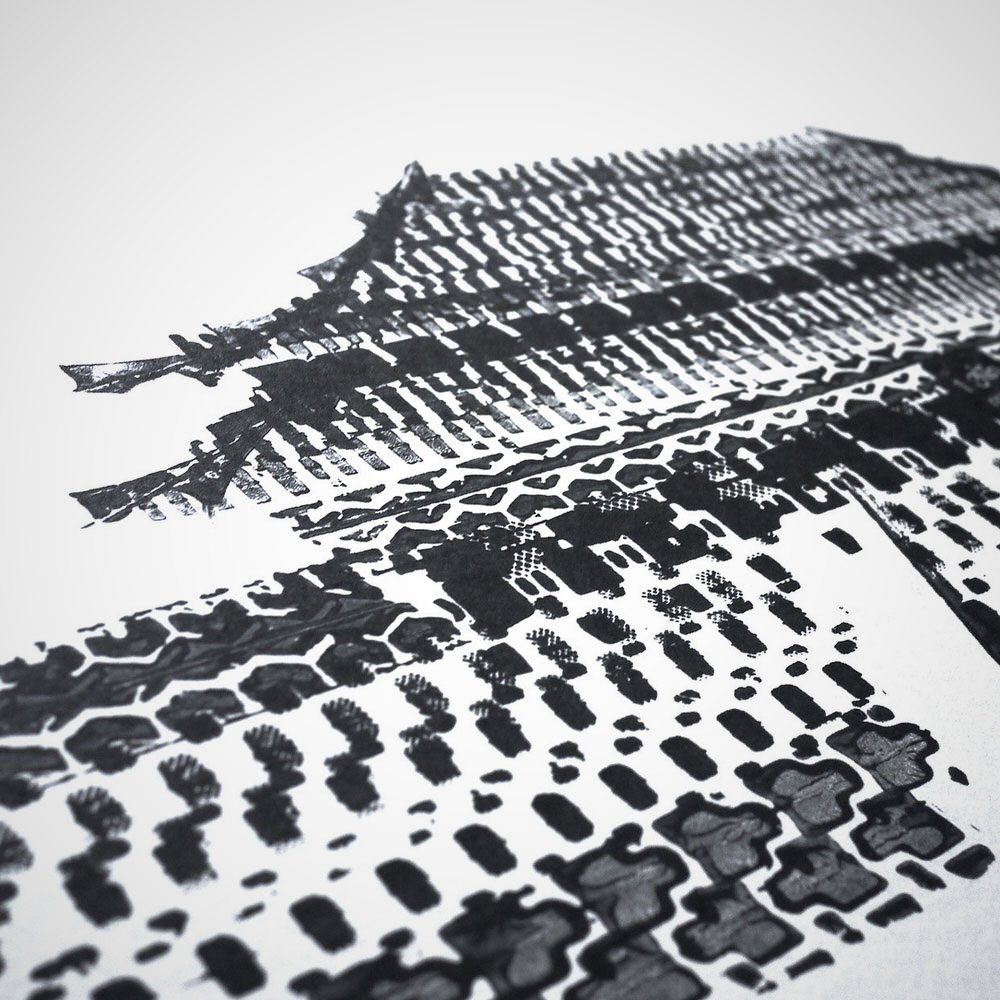 Like rice, the bicycle is deeply ingrained in China’s culture. Once a sign of backwardness, the “people’s vehicle” is now enjoying a hip revival.Thomas Yang 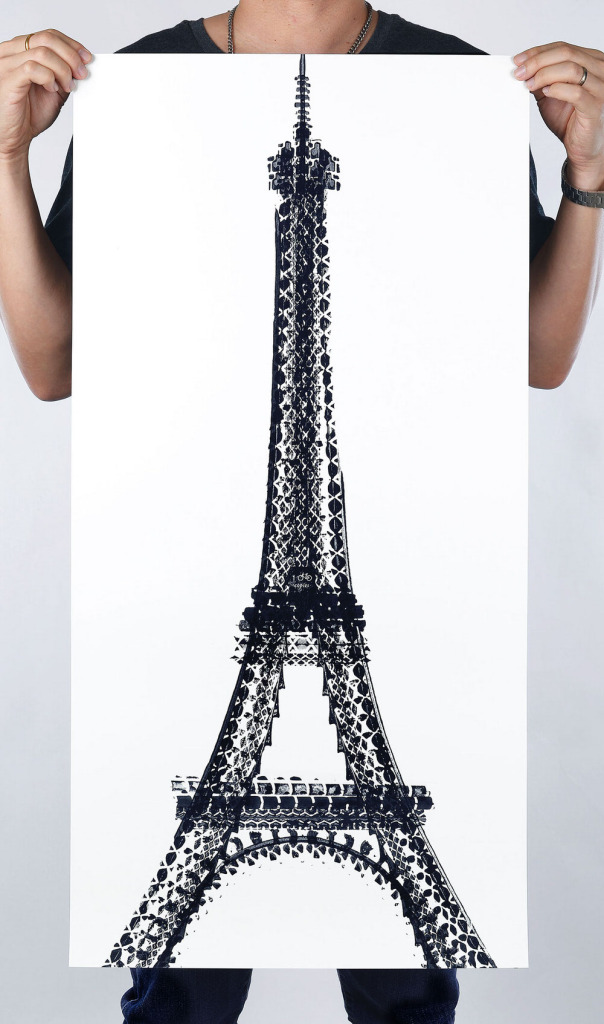 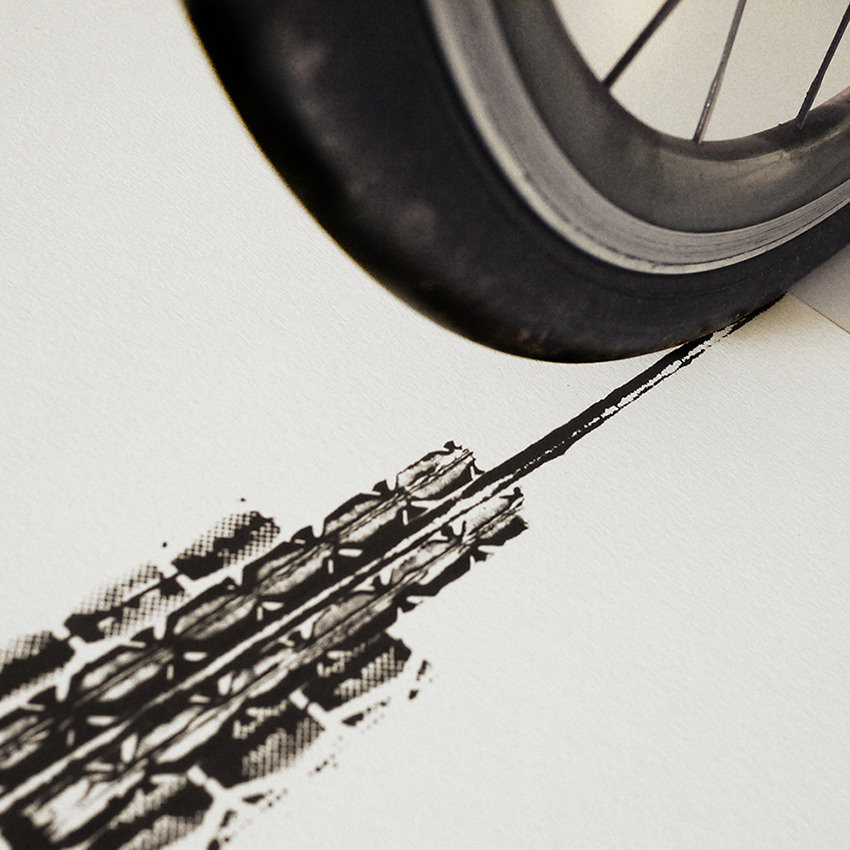 Aside from these tyre track landmarks, Thomas Yang has also created a number of other cycling inspired designs which he sells as either prints or T-shirts through his webshop: 100 Copies. You guessed it, his artworks are limited to 100 editions each and a lot of the tyre track landmark series has already sold out. However there are still a few artist’s proofs available as well as sets of all 4 of the Landmark Series. 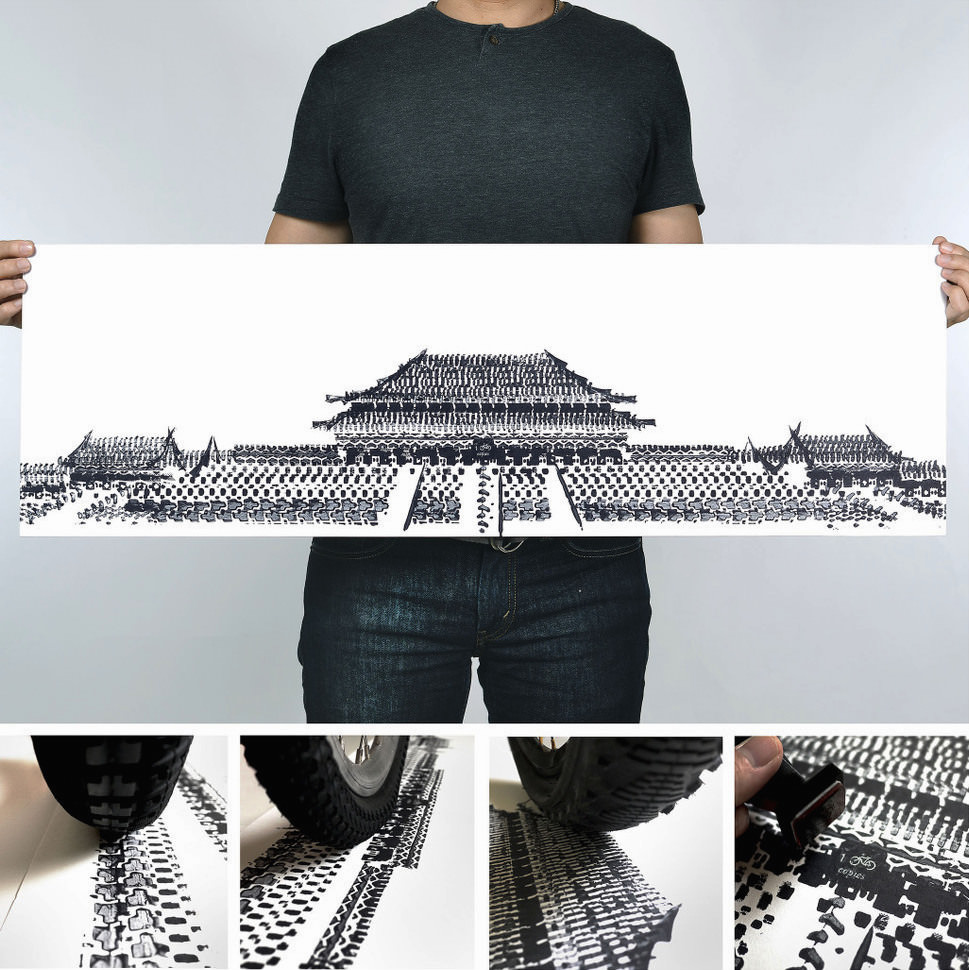 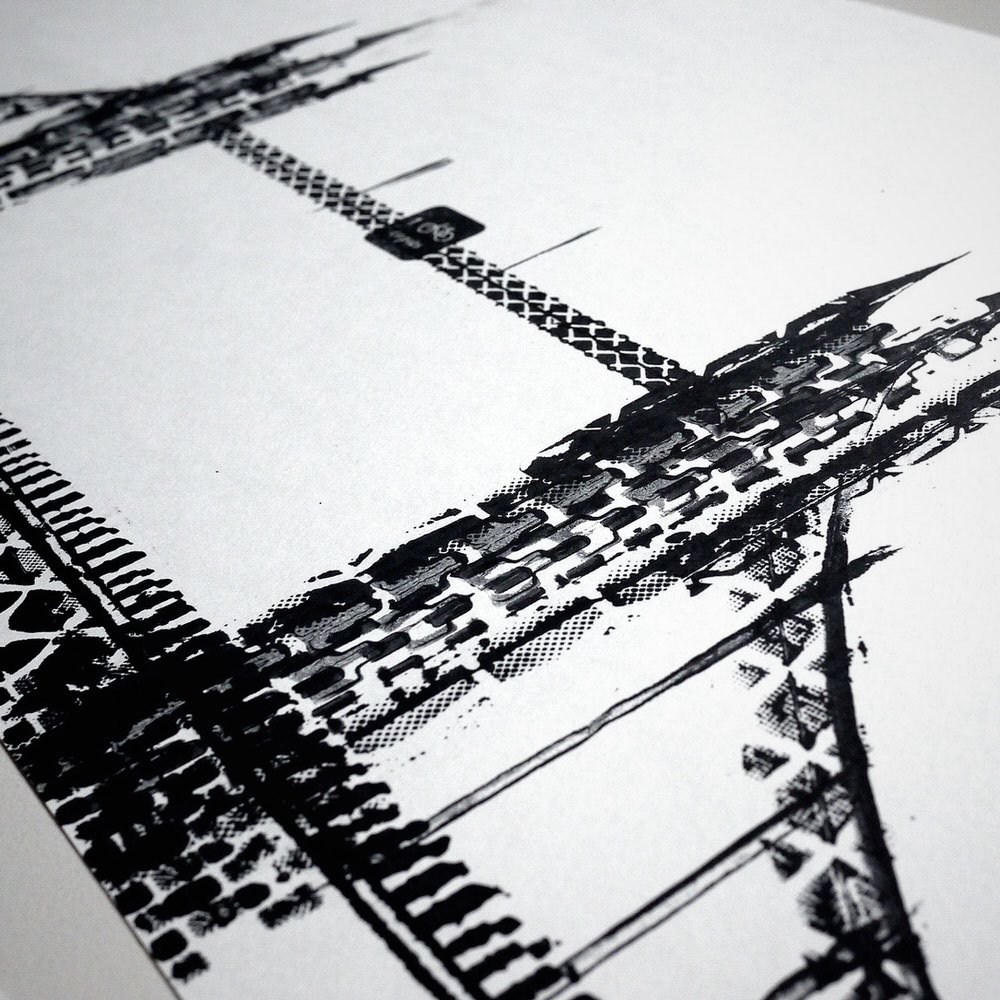