Accessible via a 1.5km nature trail, this public educational space was funded by the Wild Reindeer Foundation to serve as an observation room for the creatures. The Tverrfjellhytta Wild Reindeer Pavilion is situated in the Dovrefjell National Park, high in the Norwegian mountains at an altitude of 1,200m. The area is graced by both reindeer and Musk Oxen, and is also home to the Snøhetta Mountain, after which the architectural studio responsible for the pavilion are presumably named.

The unique internal form of the pavilion is made up of thick pine beams which are horizontally stacked. These were individually milled based on a 3D digital model, and then assembled on site like a jigsaw puzzle to create the unique seating area. 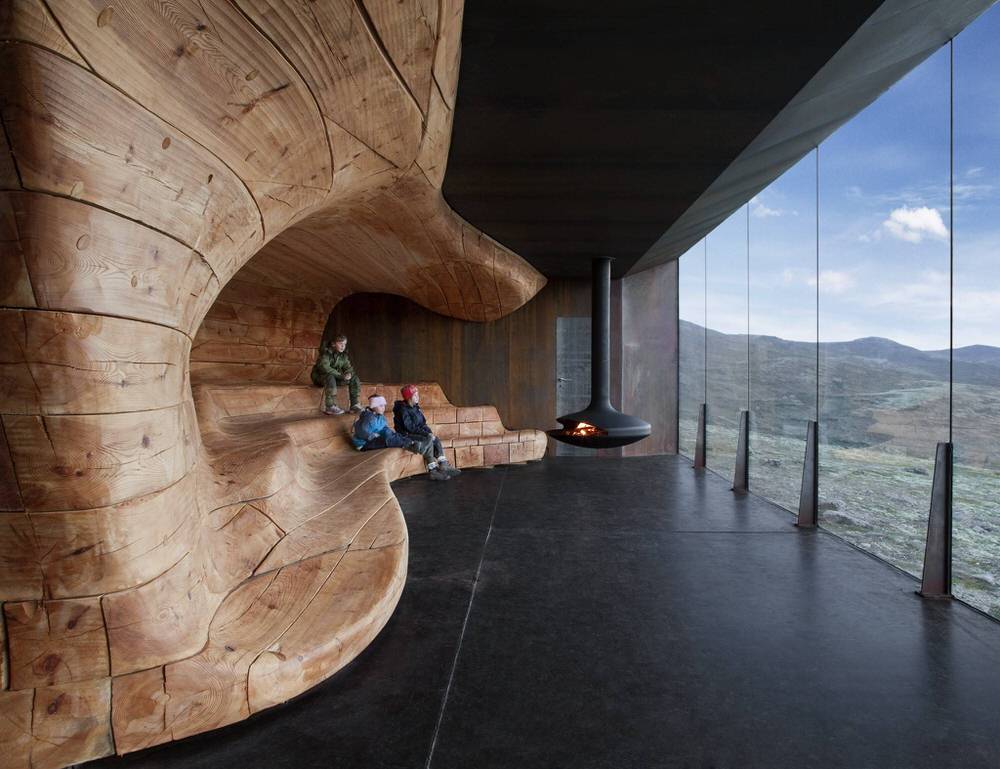 Sweeping curves and voids in the sculptural interior were based on natural ice formations that have been partially melted and hollowed out by natural erosive forces. However, the reindeer observatory is anything but icy inside due to the warmth of the raw wood surfaces and the suspended furnace. Snøhetta themselves emphasise the contrast between this undulating organic interior and the harsh steel rectilinear exterior of the Tverrfjellhytta Wild Reindeer Pavilion. 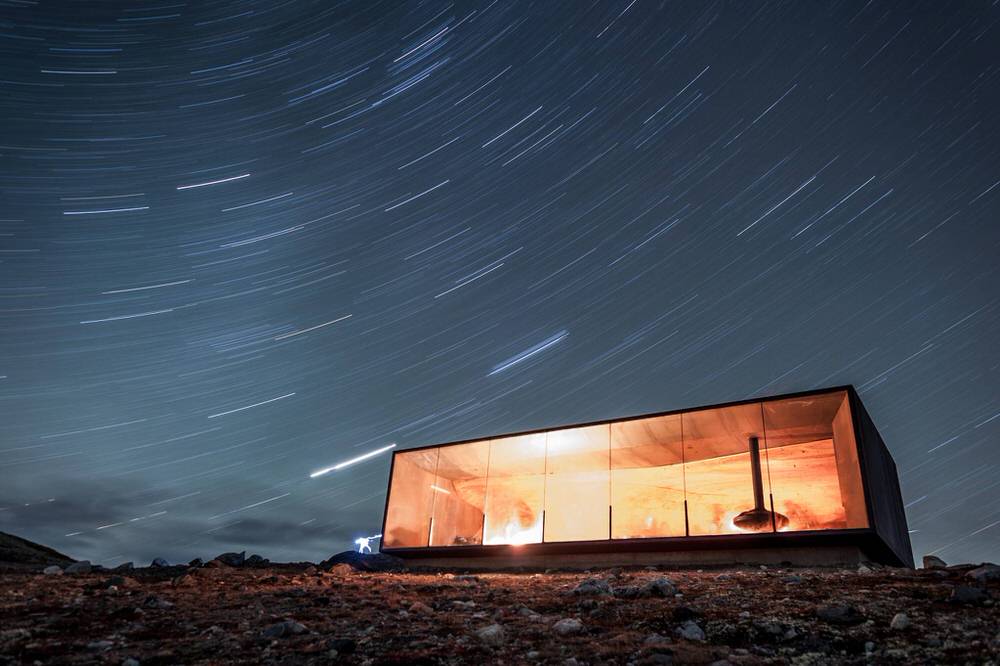 The building design is based on a contrast between ideas – a rigid outer shell and a soft, organic inner core.  The wooden core is shaped like rock or ice that has been eroded by natural forces like wind and running water, and is placed within a rectangular frame of raw steel and glass.Snøhetta

We’ve seen a similar such wood installation recently on Homeli with the Grotto Sauna by PARTISANS. In this project the timber beams were also milled based on a digital model to be assembled on site, and the end result is equally as remarkable. 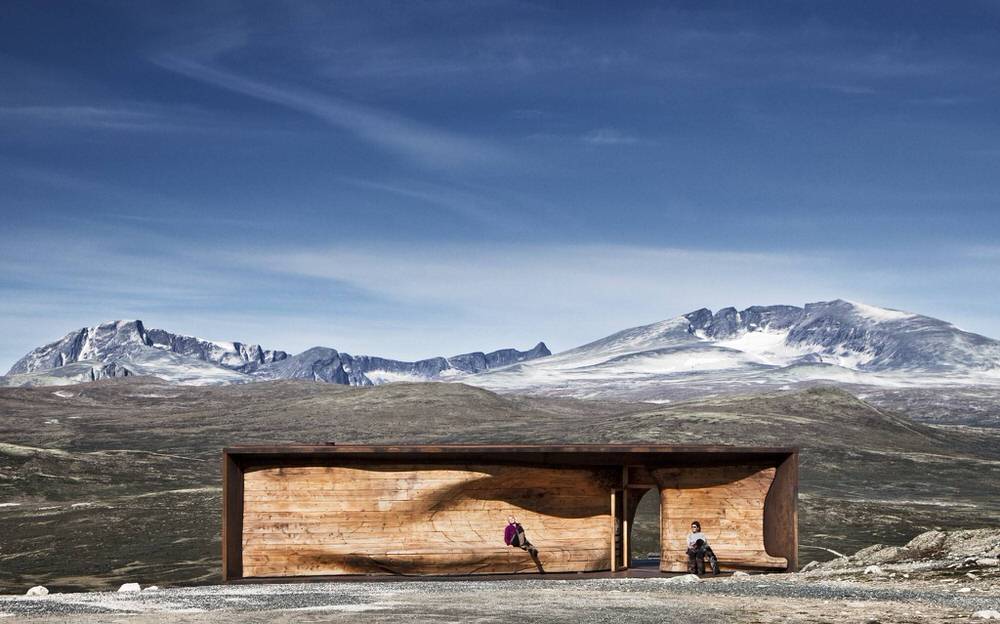