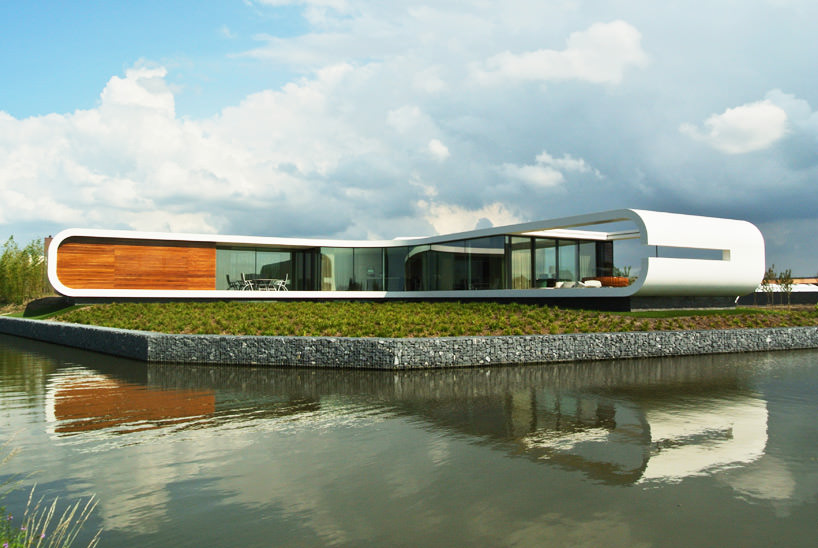 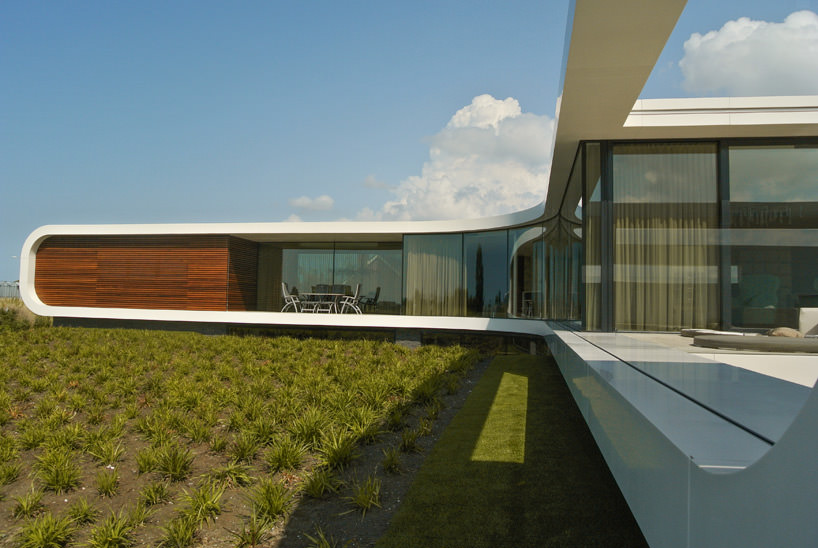 Clad in Corian, a rather high-end material more typically associated with kitchen worktops, this unique house bears a crisp white exterior that gives this atypically dutch dwelling the distinct feel of a Mediterranean villa. This manmade material granted the architect Koen Olthuis the opportunity to add curves to the home’s design, which has been used to great effect. 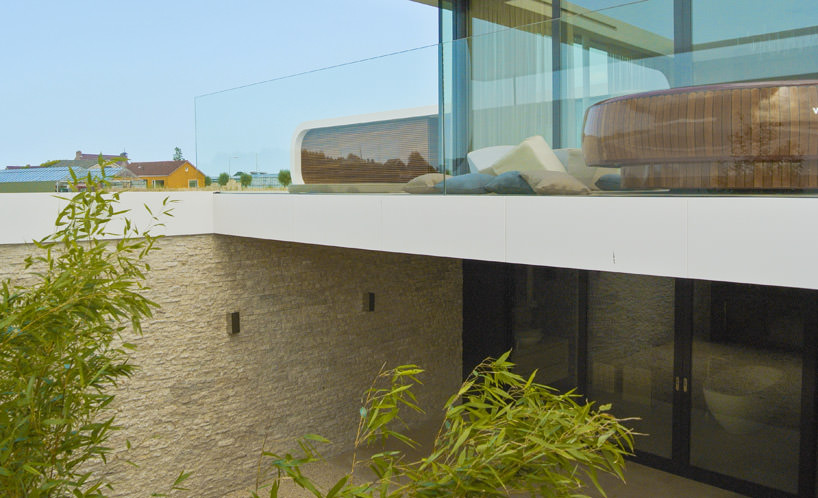 The design was required to keep a low profile to fit in with in the Netherlands’ famously flat landscape. As a result Villa New Water does’t extend above one storey, but the architect instead decided to excavate in order to provide additional subterranean living space.

In order to maintain the rural character of the location, the assignment came with strict regulations limiting the volume allowed above the ground level. These limitation eventually proved to give rise to a rather sophisticated design filled with spatial solutions.Waterstudio 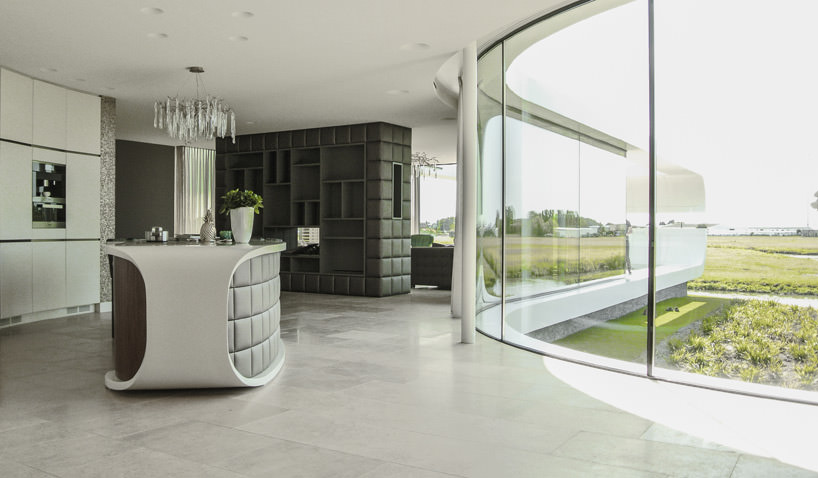 Villa New Water is designed around an L-shaped floor plan with two limbs that span out symmetrically from an entrance porch. Warm-toned timber has been used to clad this door, as well as other portions of Villa New Water’s exterior, in order to counterbalance the relative coldness of the white Corian. 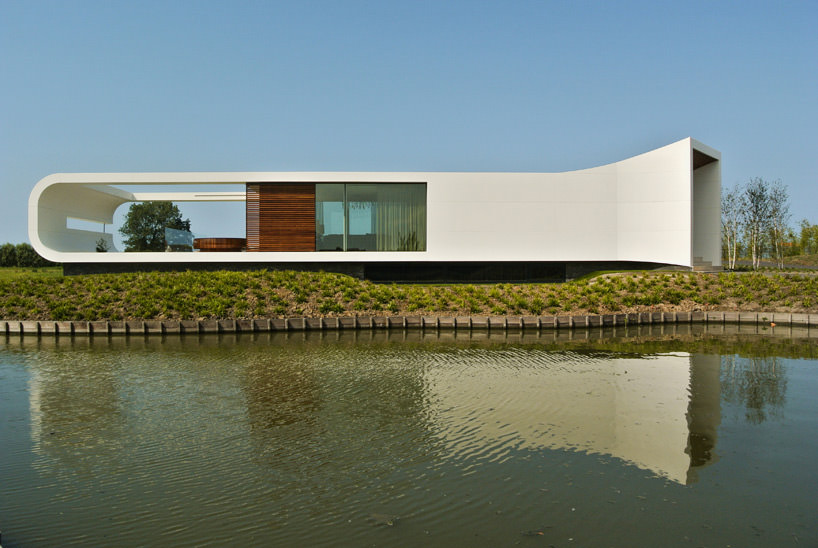 There’s a sense of affinity throughout Villa New Haven, which makes it feel almost more like a piece of industrial design than a house. It is one distinct entity, in the same sense as a prefabricated dwelling such as the Vipp Shelter or an Ecospace studio. This is no doubt due to the use of this specifically crafted Corian exterior, and the way in which this frame encloses the dwelling so absolutely. 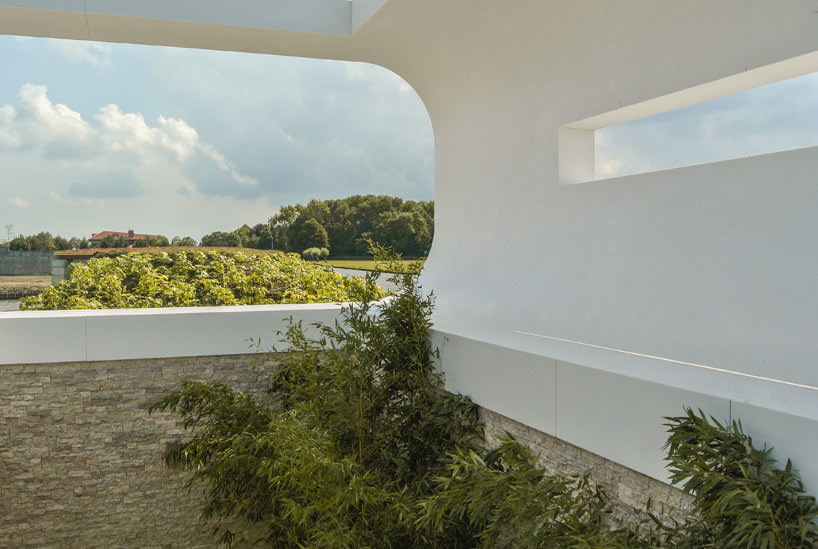 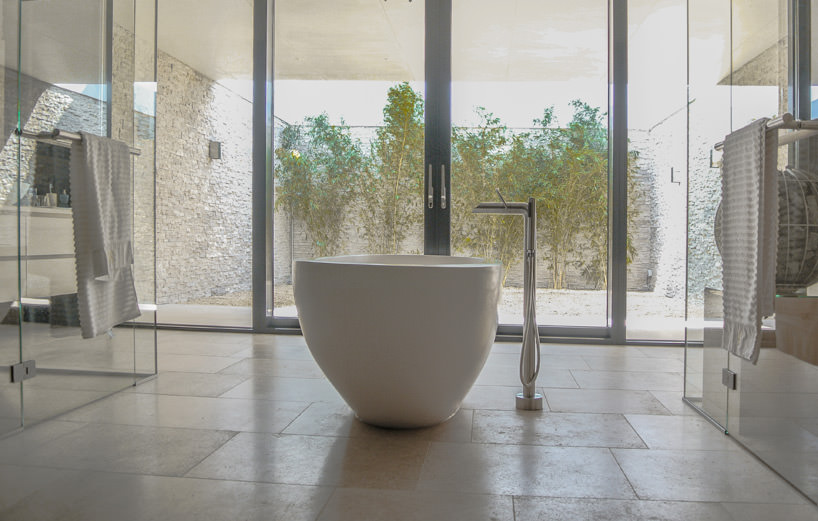