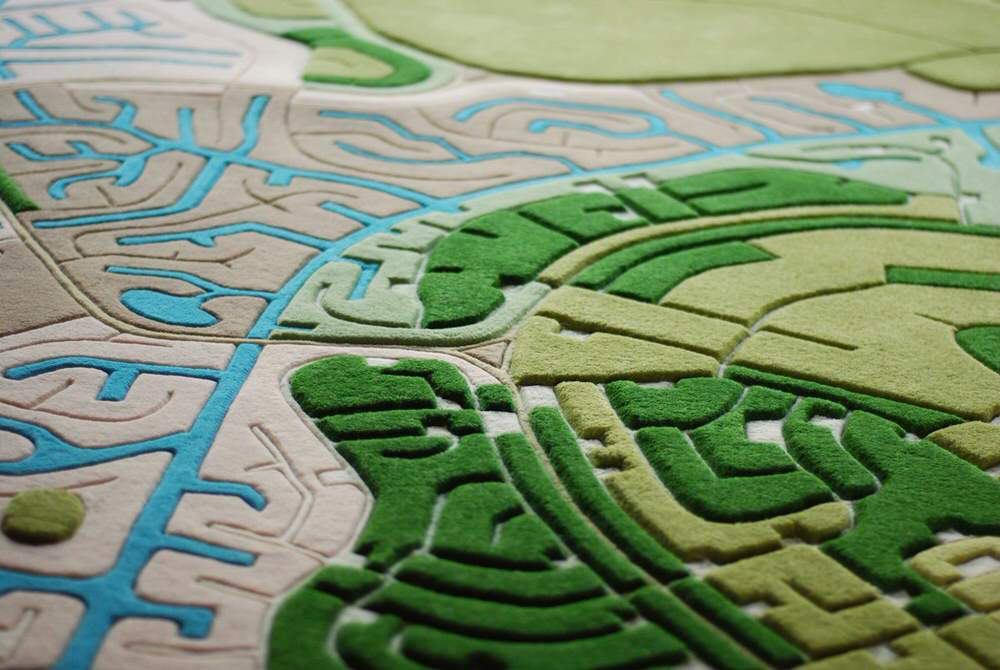 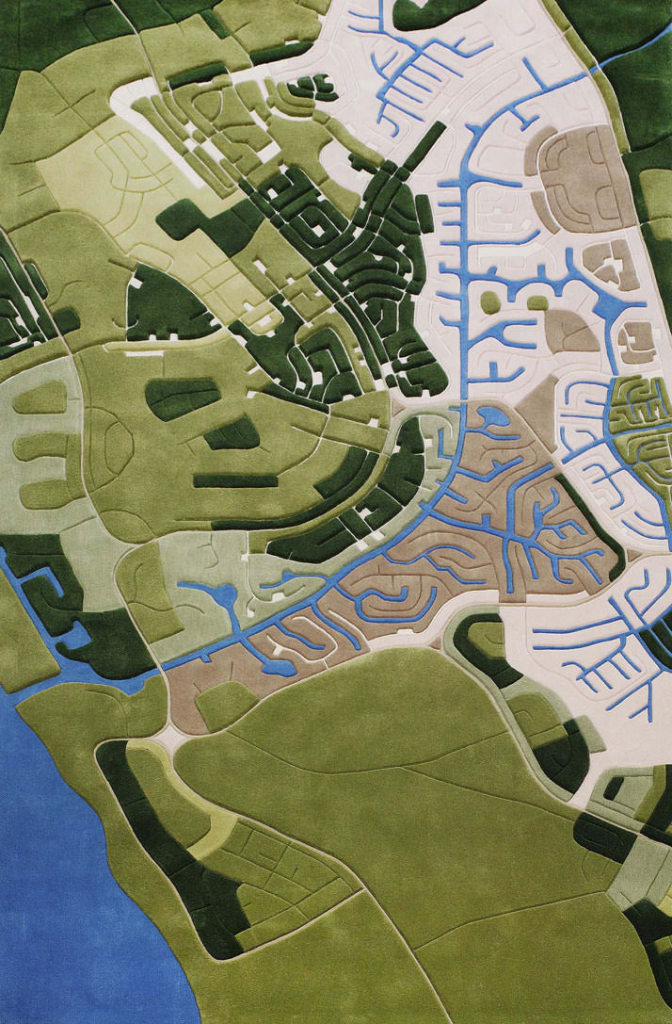 Making textured rugs that resemble maps is nothing new — we’ve featured a similar concept in the past called Urban Fabric by Four O Nine — but to me, Florian Pucher’s LandCarpet series is the best executed iteration yet. LandCarpet perfectly captures the essence of the regions depicted through the use of colour and complex geographic phenomena. 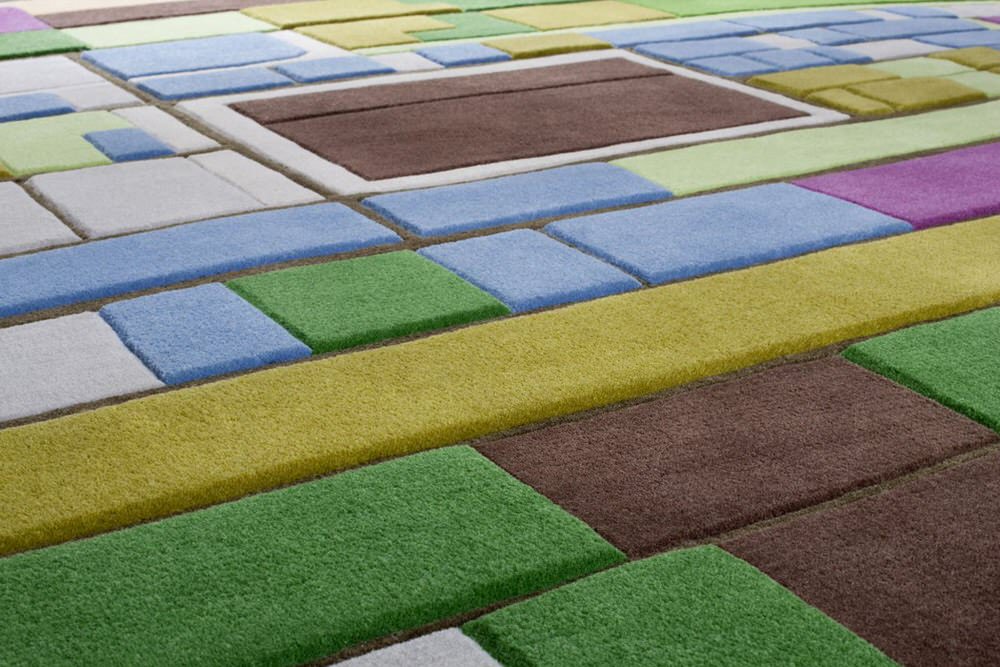 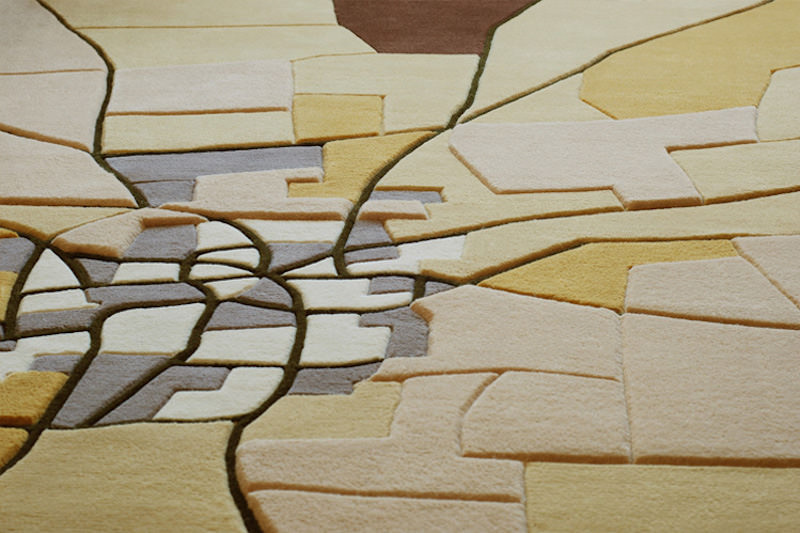 For example the african map shows a growing radial settlement symbolising the current mass-urban migration on the continent, while the Arizona map reveals a mathematically divided, arid region with certain portions being intensively farmed through irrigation. 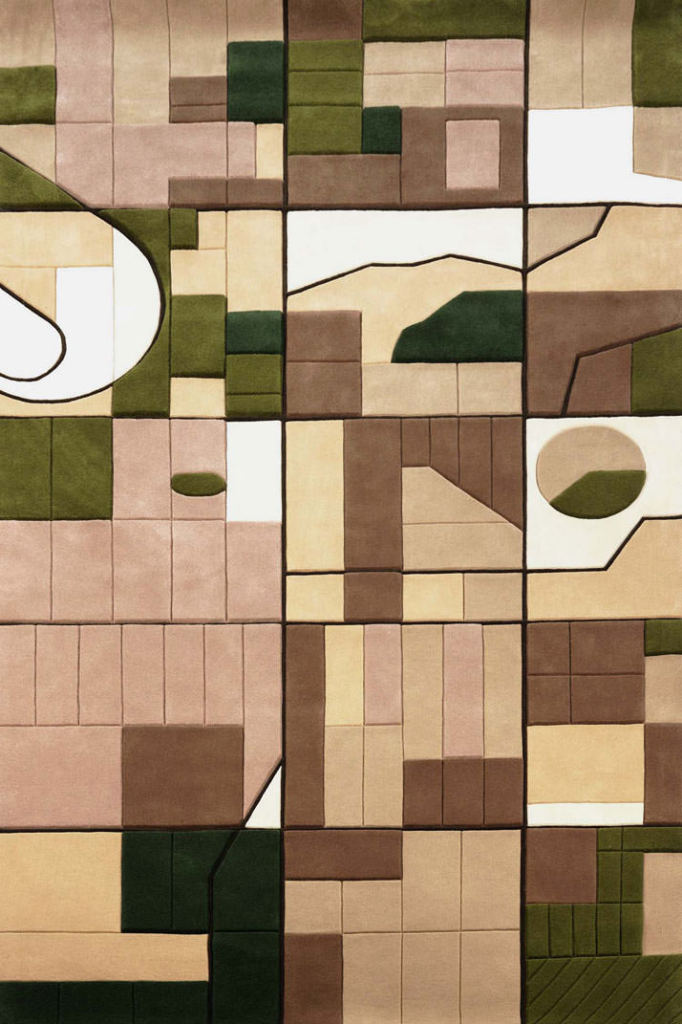 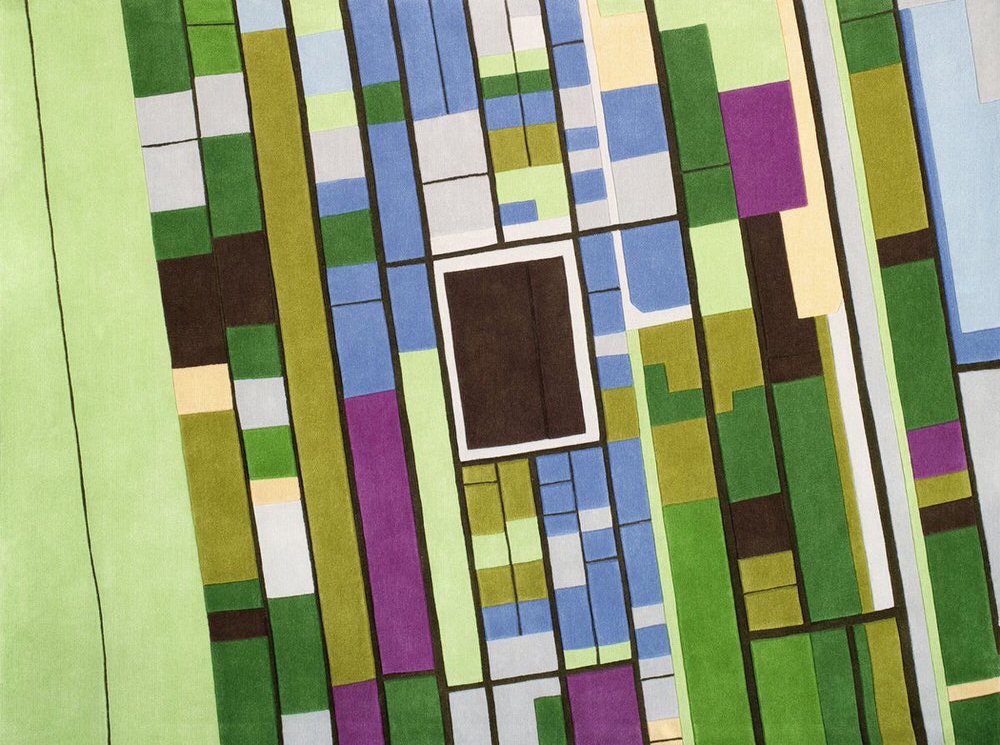 Likewise the Netherlands map depicts the country’s market garden farming industry through strips of vibrant flowers and greenhouse tunnels, while adjacent there are the flat cow fields and an irrigation canal. A lot of thought has clearly gone into these minimalistic designs in order for them to resemble specific farming regions through the use of shape and colour alone. 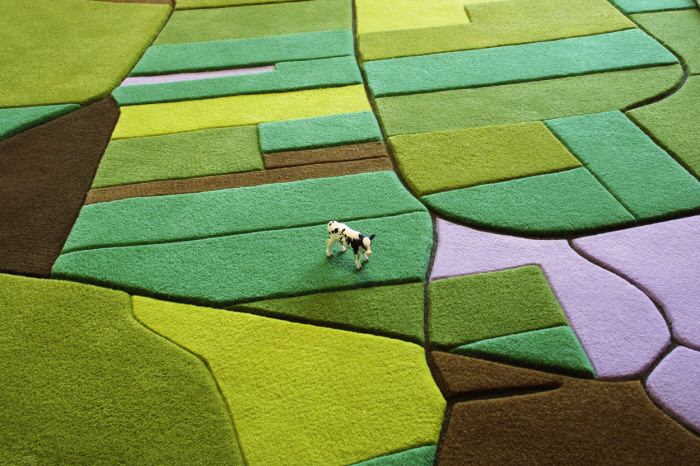 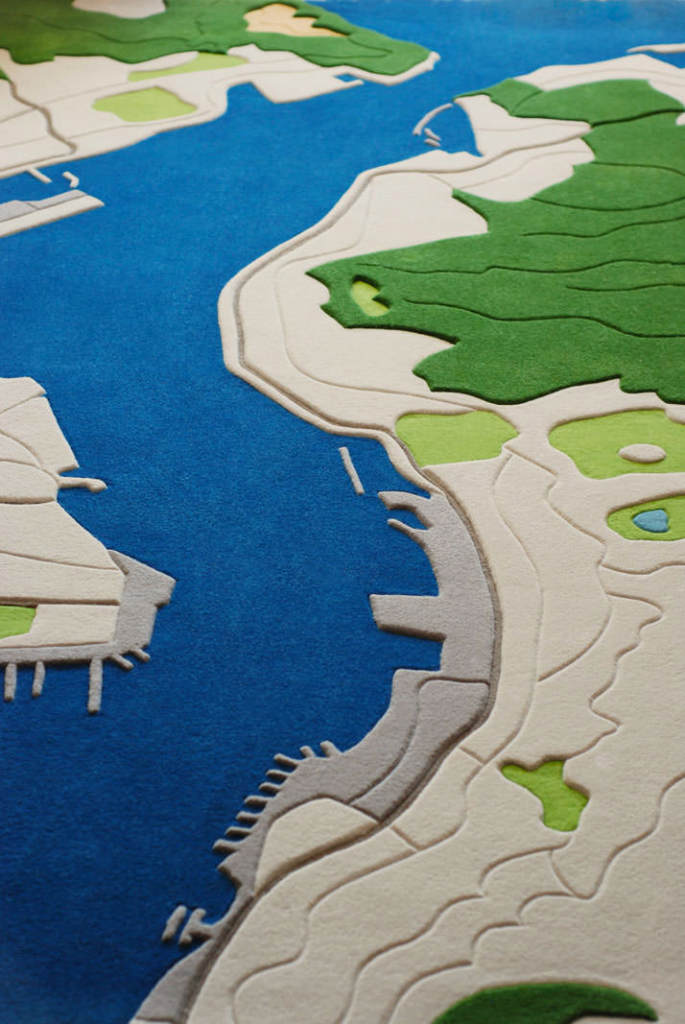 Not all of Florian Puchers LandCarpet series focus on farming land use types though, he has also made rugs that resemble particular locations and cities. His map rugs of Hong Kong and the Bahamas show intricate coastlines and man-made harbours, while using colour and pile height to define topography.

LandCarpet rugs are available to purchase through Florian Pucher’s website and many of the designs pictured are being limited to 88 editions. These cost between $1,200 and $2,100 depending on size, but he has also made a few unique rugs which have tended to go to auction. His LandCarpet series is highly sought after and these one-off designs have sold at auctions for around $10,000. 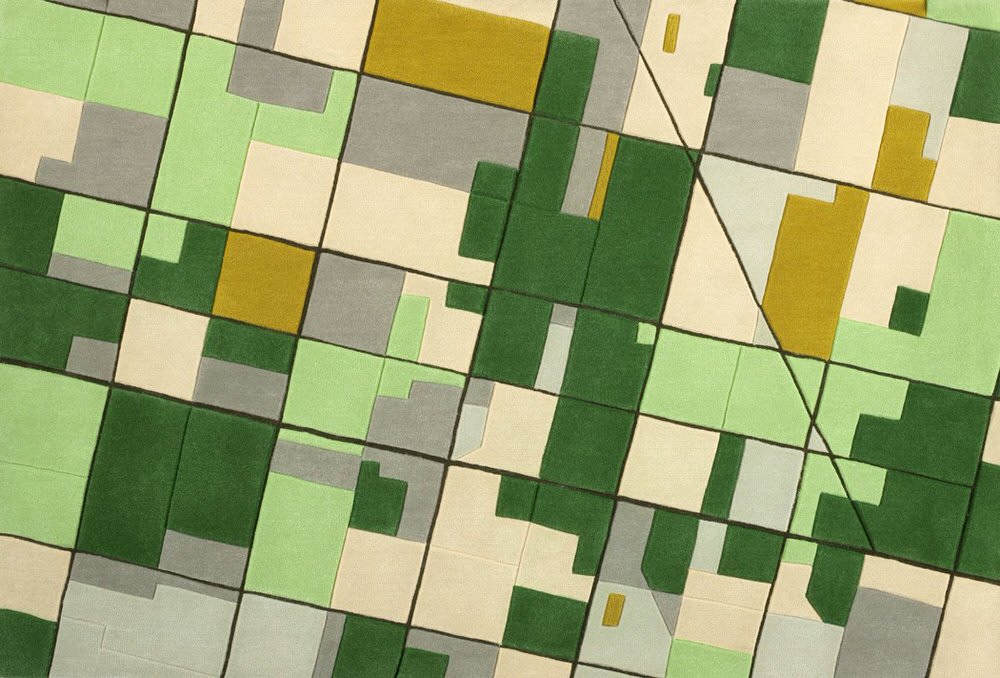