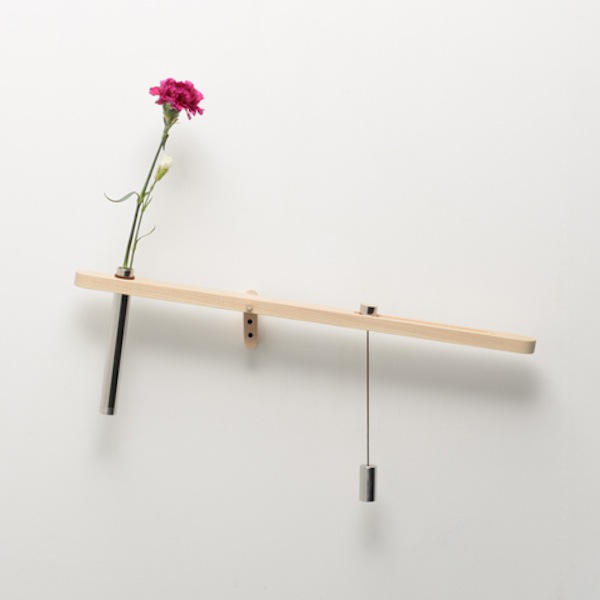 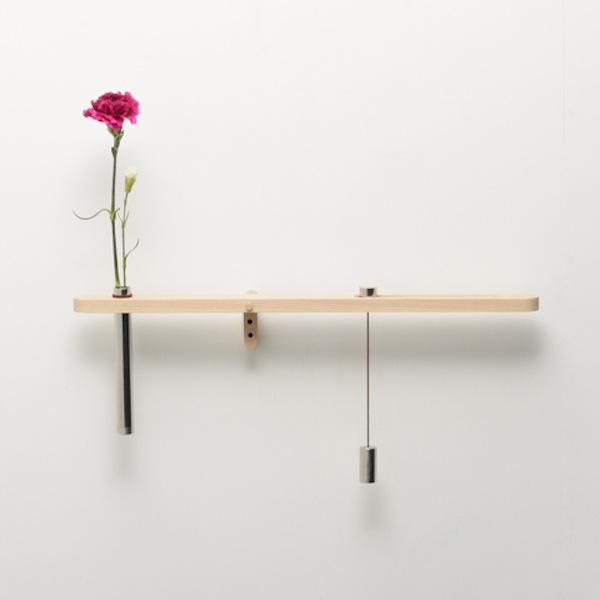 Water Balance is a conceptual flower vase for a single plant specimen by Japanese studio Design Soil. It pivots in a similar way to a weighing scale and through its angle indicates whether the flower has enough water. This simple solution to keeping a plant watered elegantly illustrates the branch of physics called mechanics which relates to forces acting on a body – in this case turning forces known as moments acting on a pivoting rod. 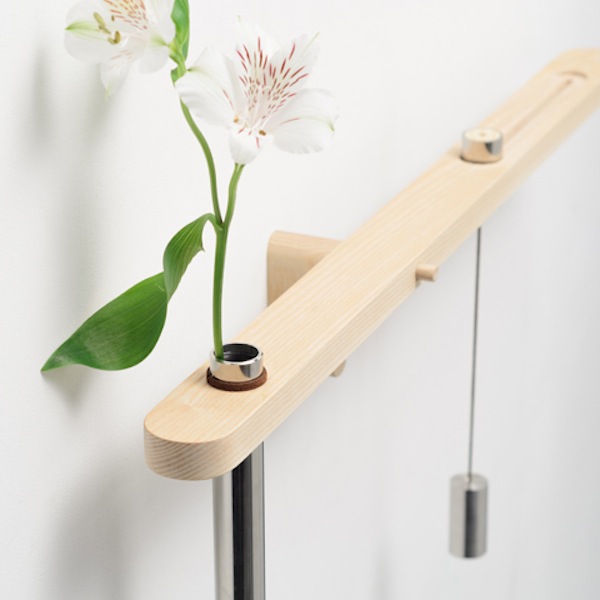 This balancing flower vase requires calibrating each time you use it but this is easy to do. The weight which counterbalances the flower vase in Water Balance can slide along a slit to find equilibrium and make the rod level. The turning force acting on a body around a pivot or fulcrum is measured in moments with a moment being proportional to the weight multiplied by the distance from the pivot. Therefor by sliding the weight away from the fulcrum, the Water Balance will tilt clockwise.

The vase should be filled up with the optimum amount of water for the particular flower and then the weight slid until the balance becomes level. As the water becomes absorbed by the plant and eventually evaporates into the air, the vase will of course become lighter and the balance will start to tilt to the right; a silent call for help.