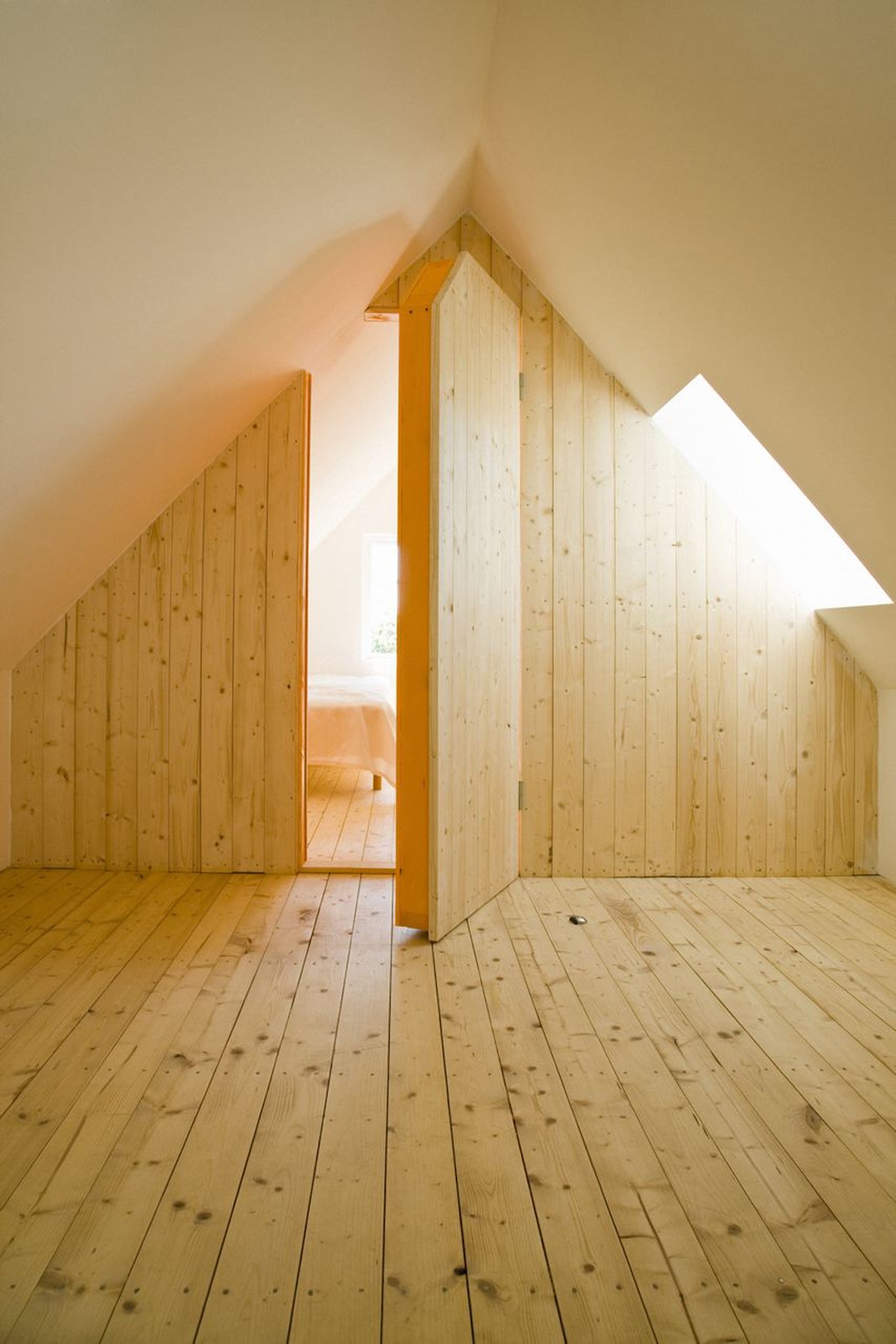 In days of old, country houses and castles were often built with secret passageways to enable families to escape attacks from rival clans and brigands. This trend has witnessed somewhat of a resurgence in recent years, with people becoming paranoid about intruders thanks to films like ‘Panic Room’. However the hidden rooms and secret passageways featured in this list are just for fun. After all who would put pictures of their secret rooms on the internet? 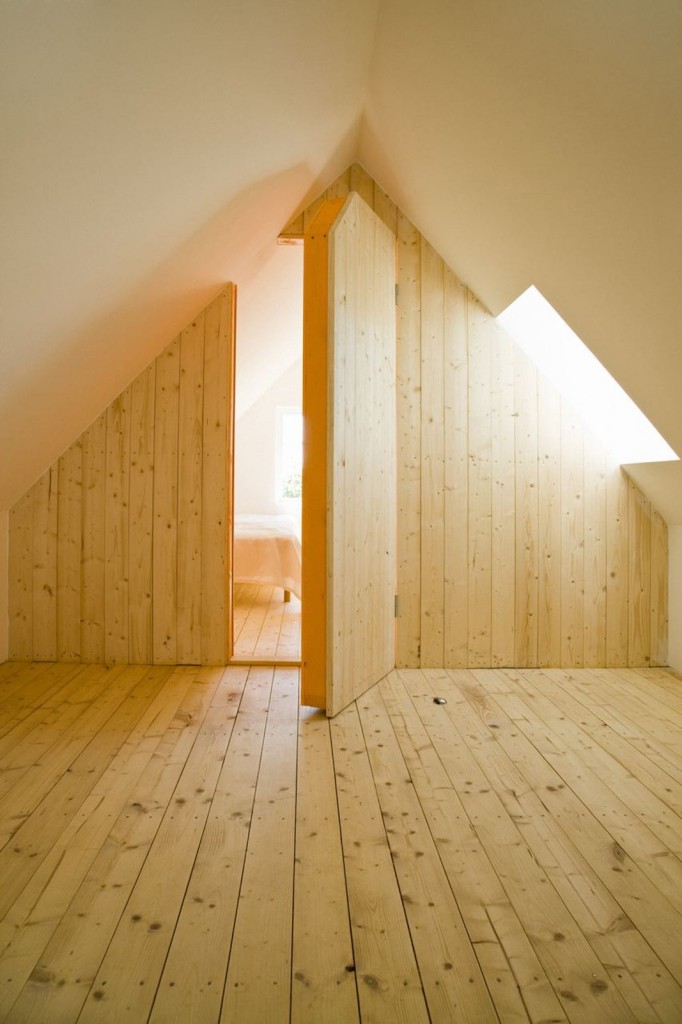 The minimalist loft of Skåne Summerhouse by LASC Studio plays host to a secret bedroom behind a concealed panel in the timber cladding. 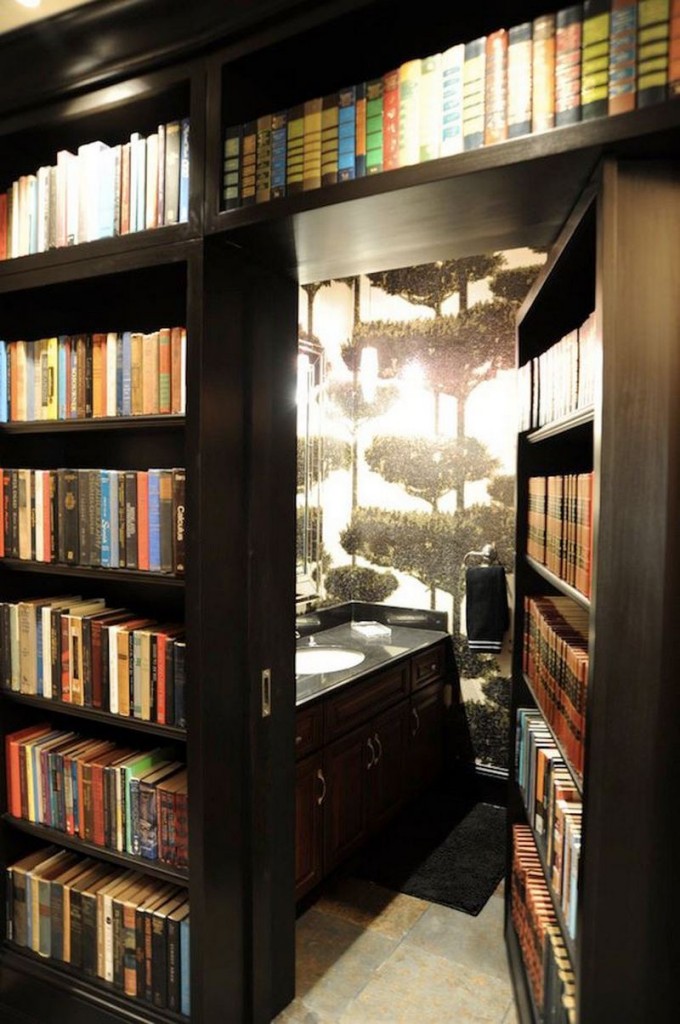 A hidden wash basin and WC are to be found behind this secret bookcase by Savvy Surroundings Design. 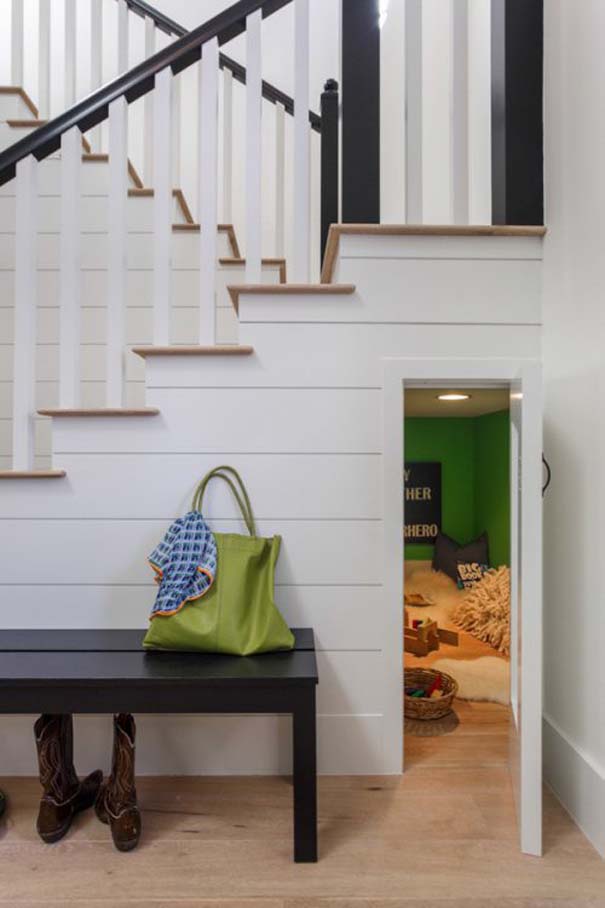 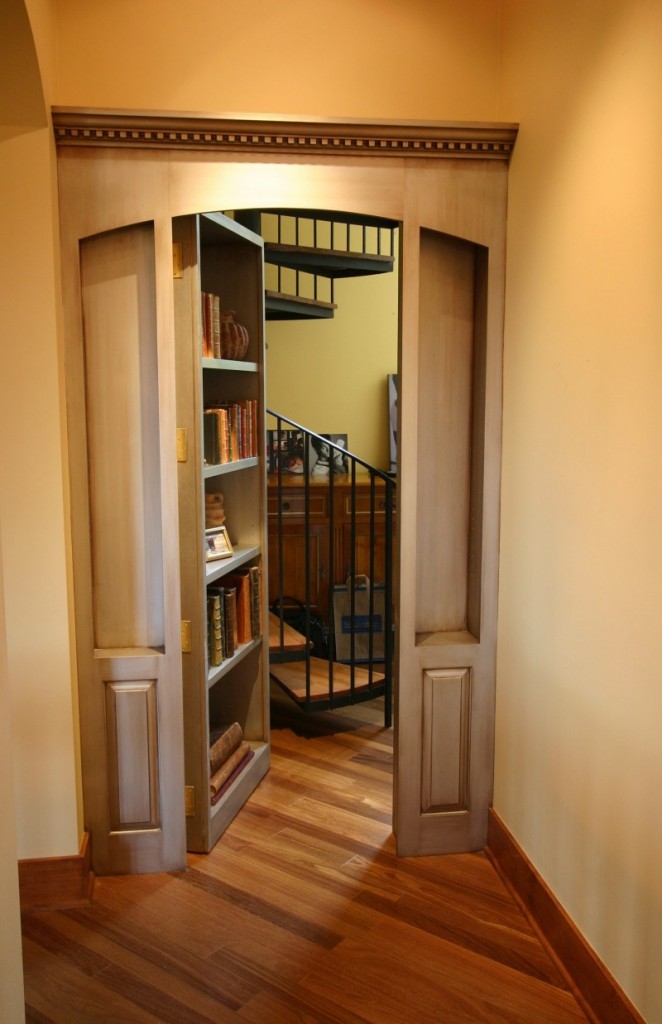 A hinged bookcase creates a secret passageway leading to a spiral staircase by Kuhl Design. 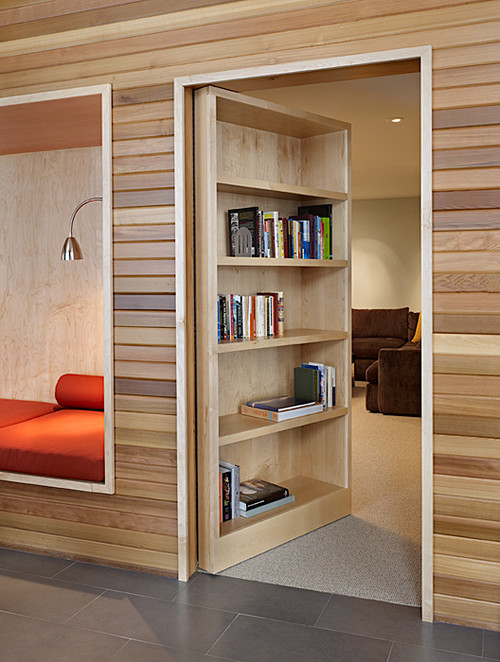 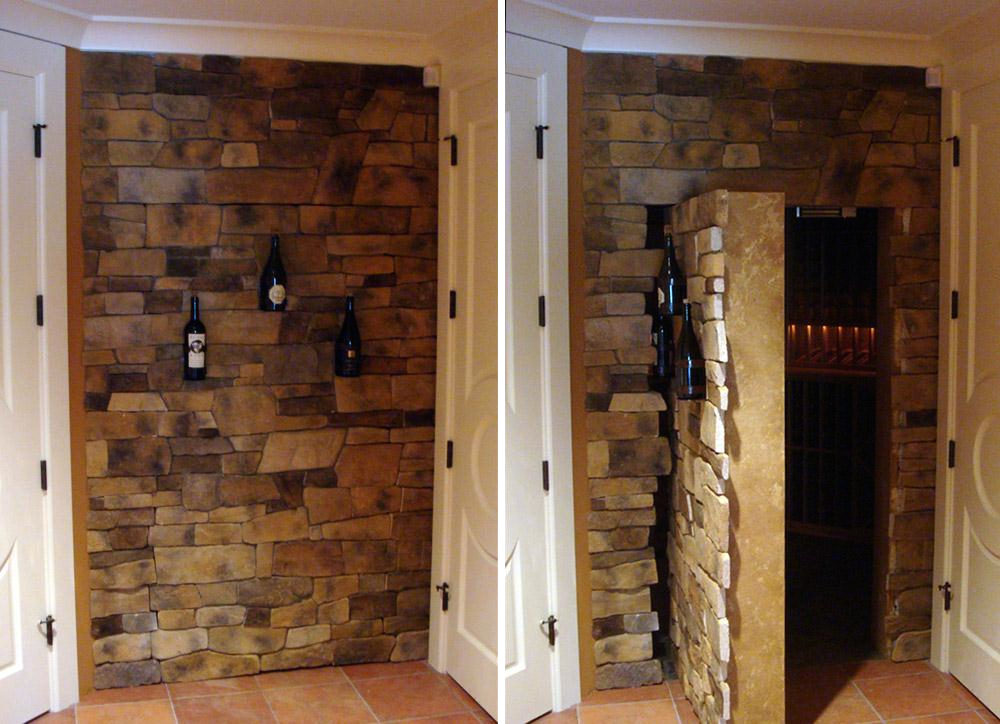 A secret wine cellar via a door camouflaged in a natural stone wall by Creative Home Engineering. 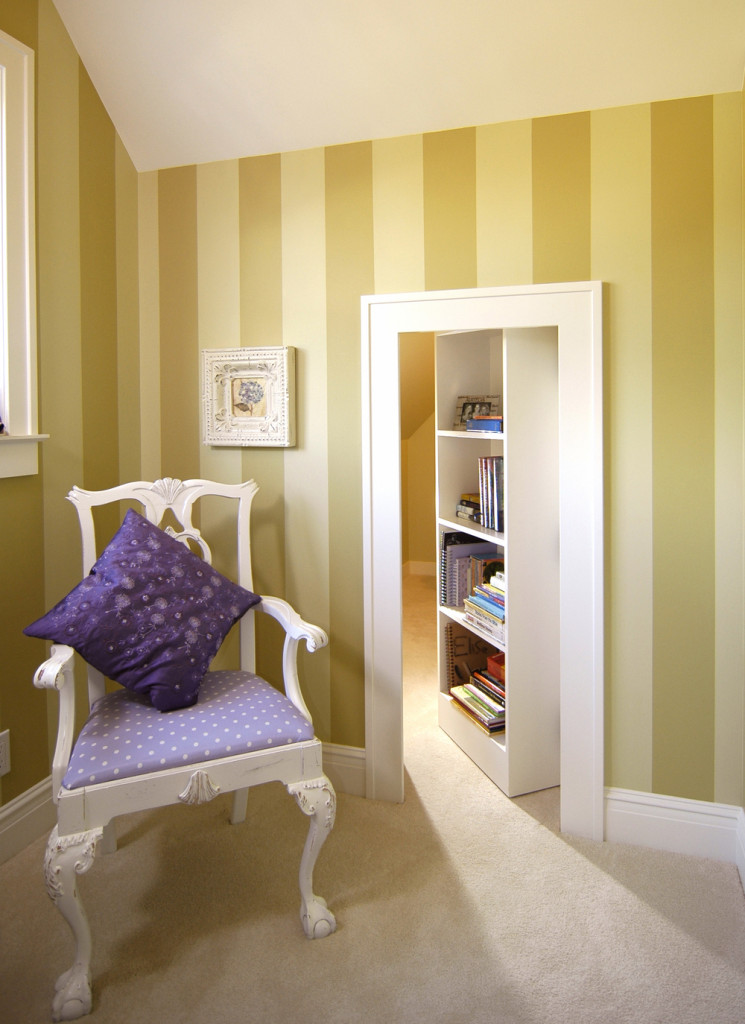 Concealed entrance to a secret children’s room behind a hinged bookcase by Visbeen Architects in Ingleside. 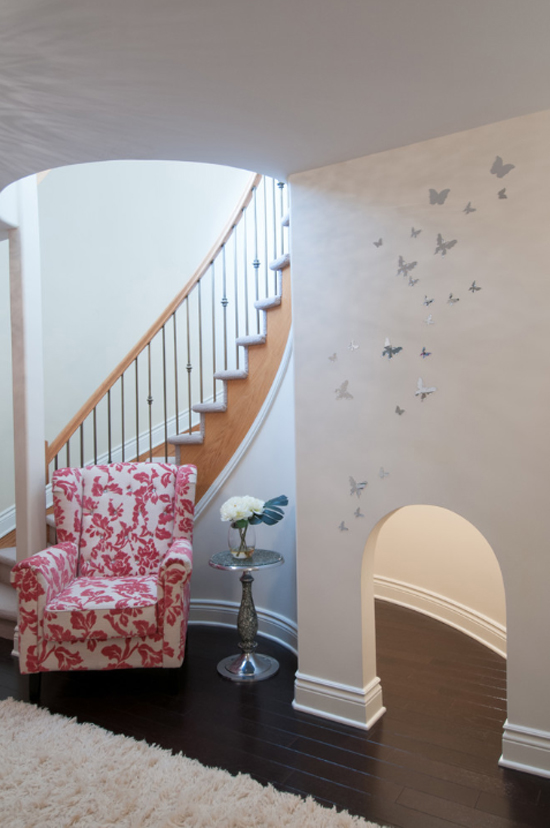 A miniature archway tunnel under this staircase leads to a hidden children’s play area by Just Basements. 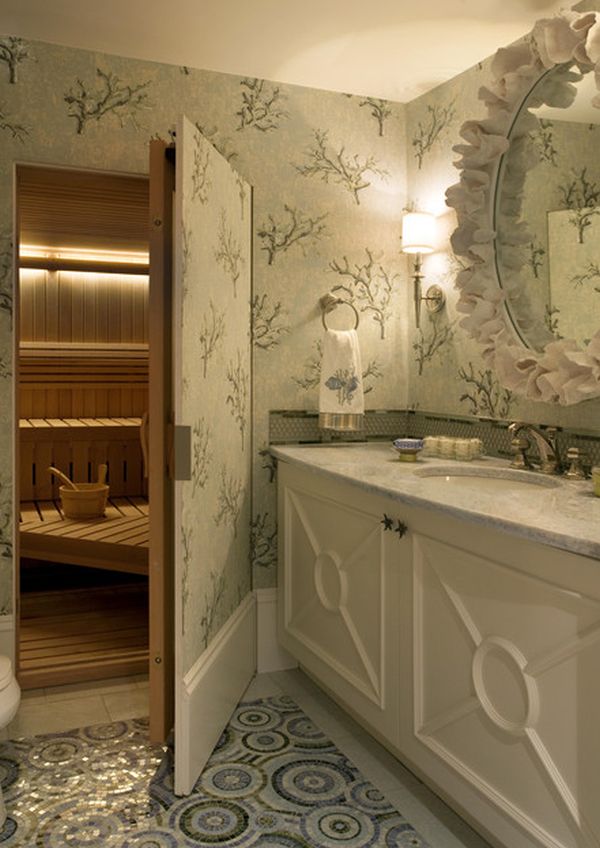 This bathroom features a secret sauna which is concealed by the wallpaper and skirting board by Robin Pelissier Interior Design. 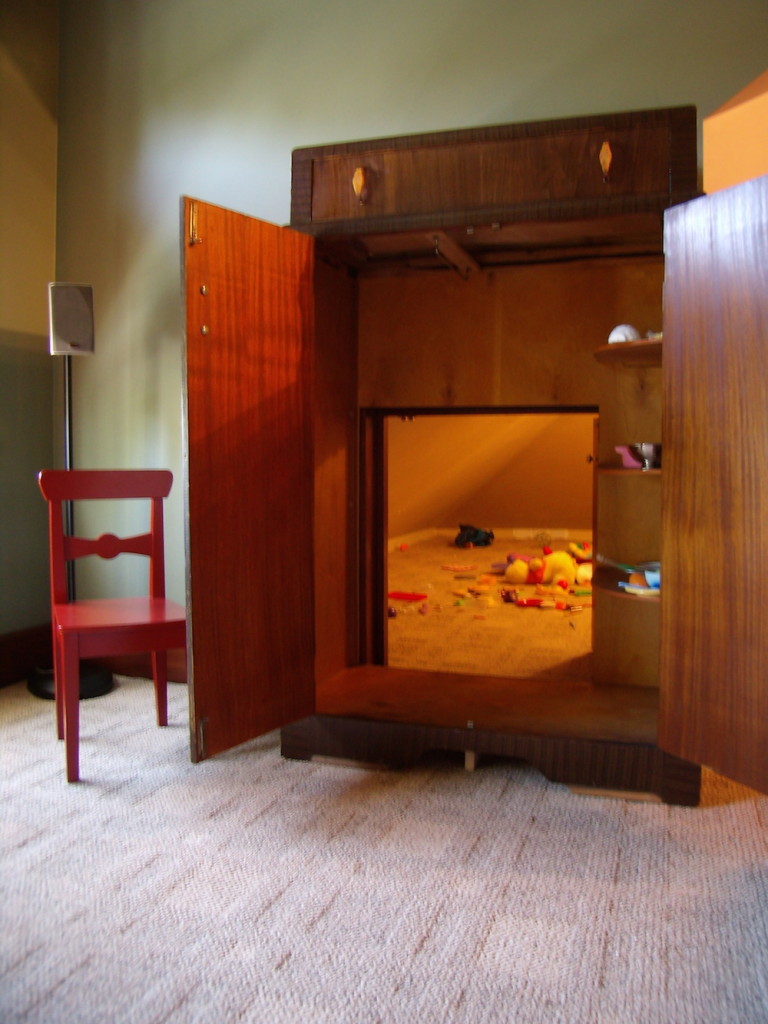 Surely every child’s dream, Maple Seed Renovation created this Narnia style wardrobe which leads to a secret playroom. The use of a warmer shade of light in the hidden room makes it feel like its in a different dimension. 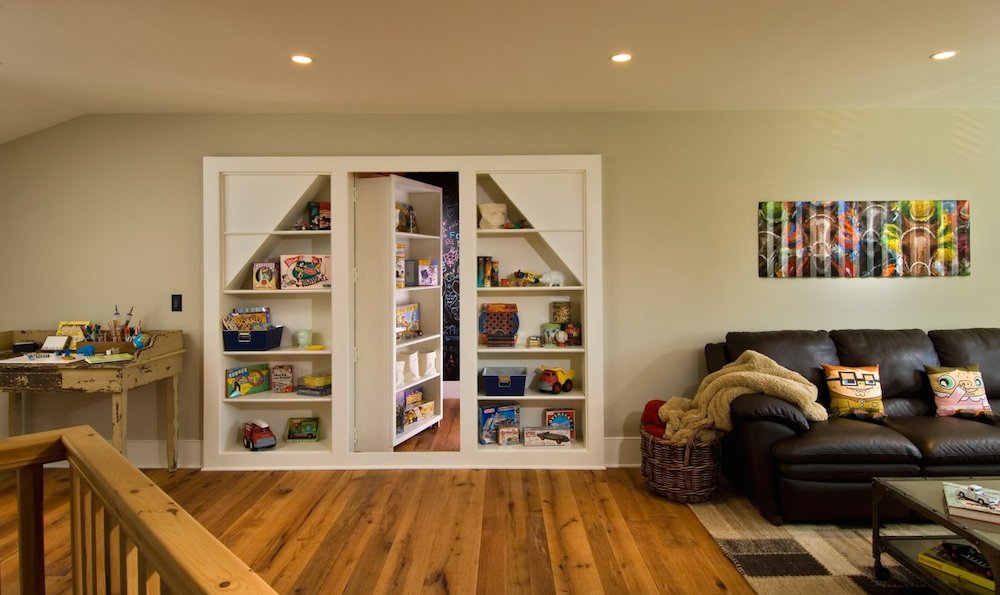 The central compartment of this shelf is hinged and leads to a hidden playroom by Witt Construction in Hillside Retreat. 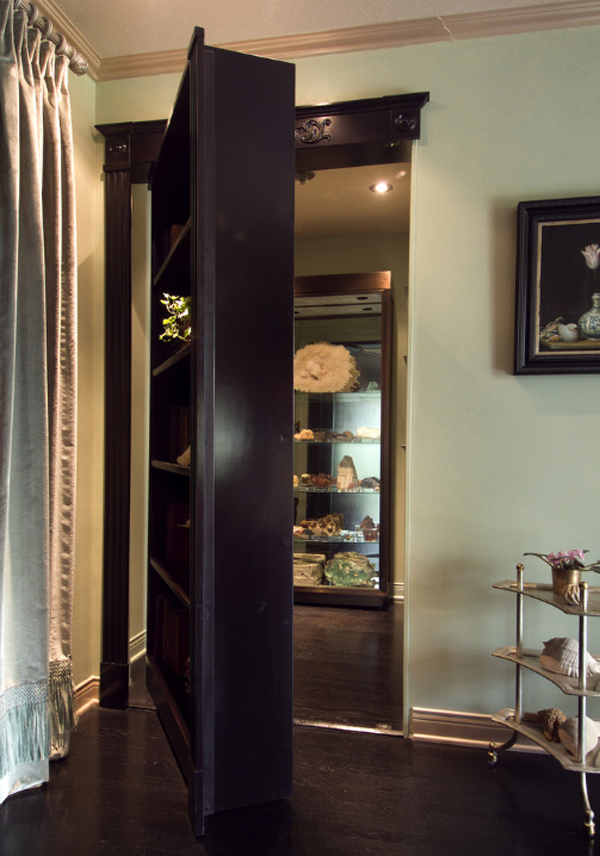 A secret room containing displays of crystal and rock samples behind a shelf by Karina Oldemans Interior Design. 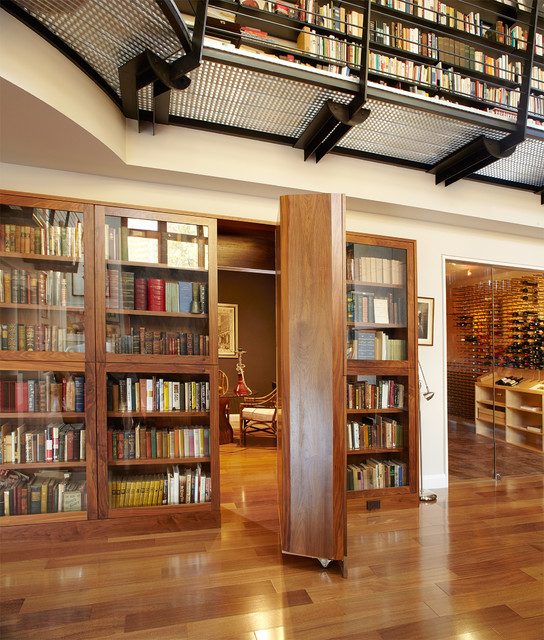 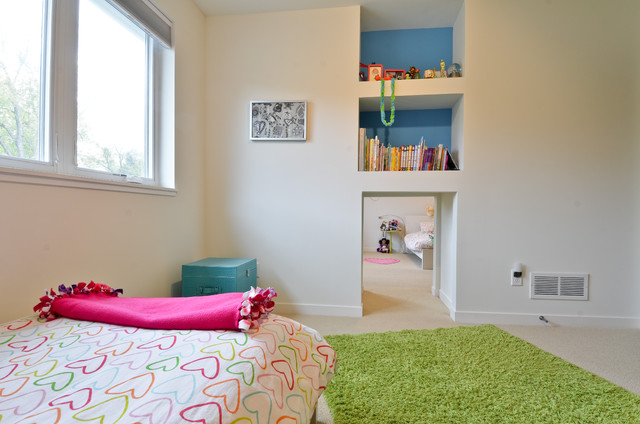 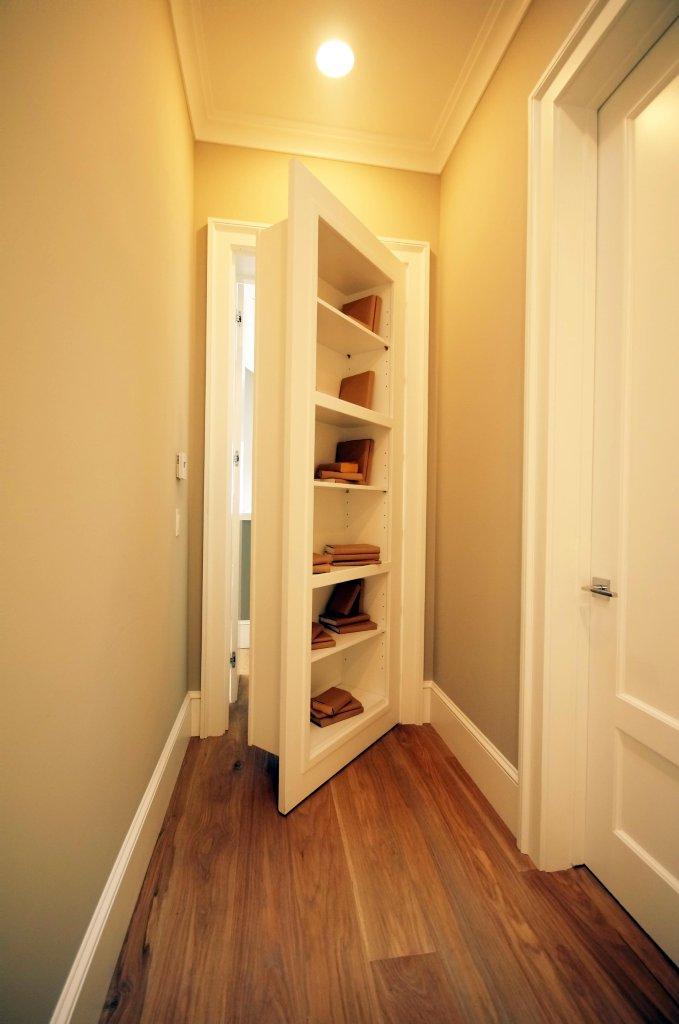 Bellisi Design created this bookshelf at the end of a corridor which conceals its hidden room perfectly. 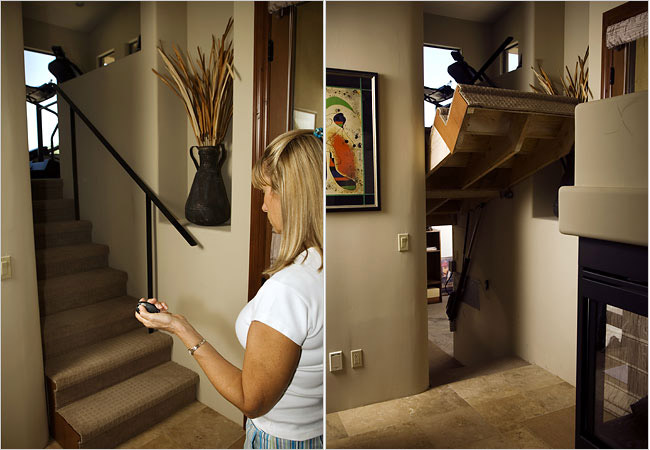 If you want to take things to the next level then you could hire Creative Home Engineering to install a revolving staircase to screen off access to an entire floor. But we’re getting into James Bond villain territory now and I think it’s time to stop.

We’ve tried our hardest to reference the architects and interior designers who created these hidden rooms and secret passages. However due to the nature of the internet and sites like Tumblr, Pinterest and WeHeartIt, it’s not always possible to find the correct original sources, even with reverse image searches. If you designed, hold the rights or have anything to add about any of the images from this list, please leave details in the comments below.