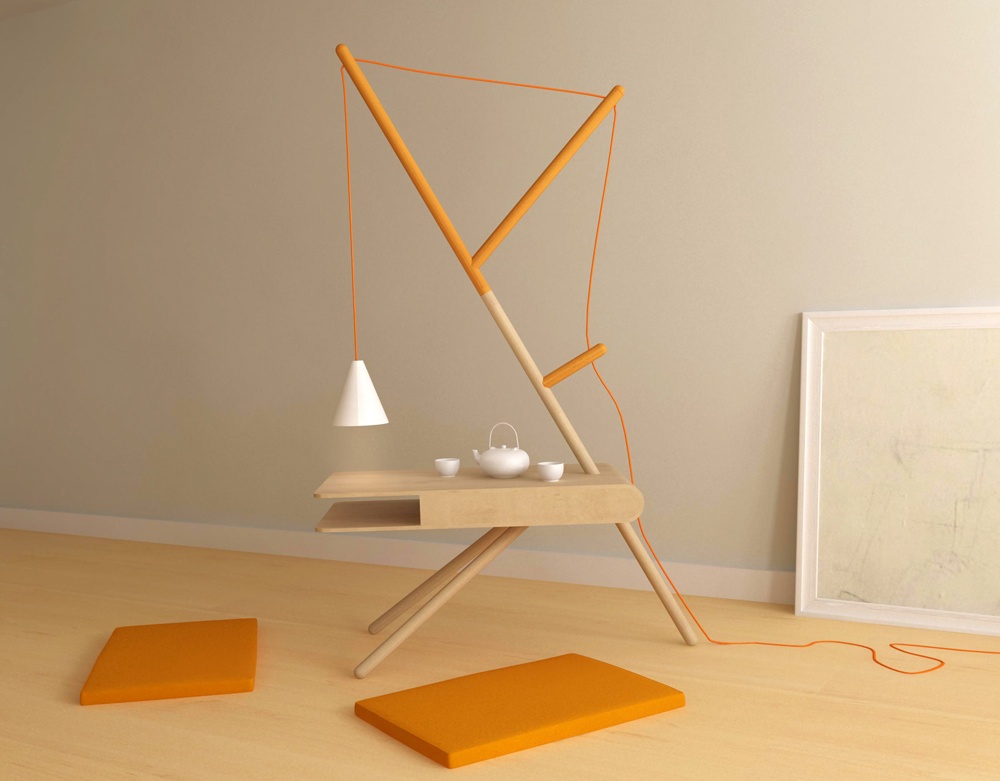 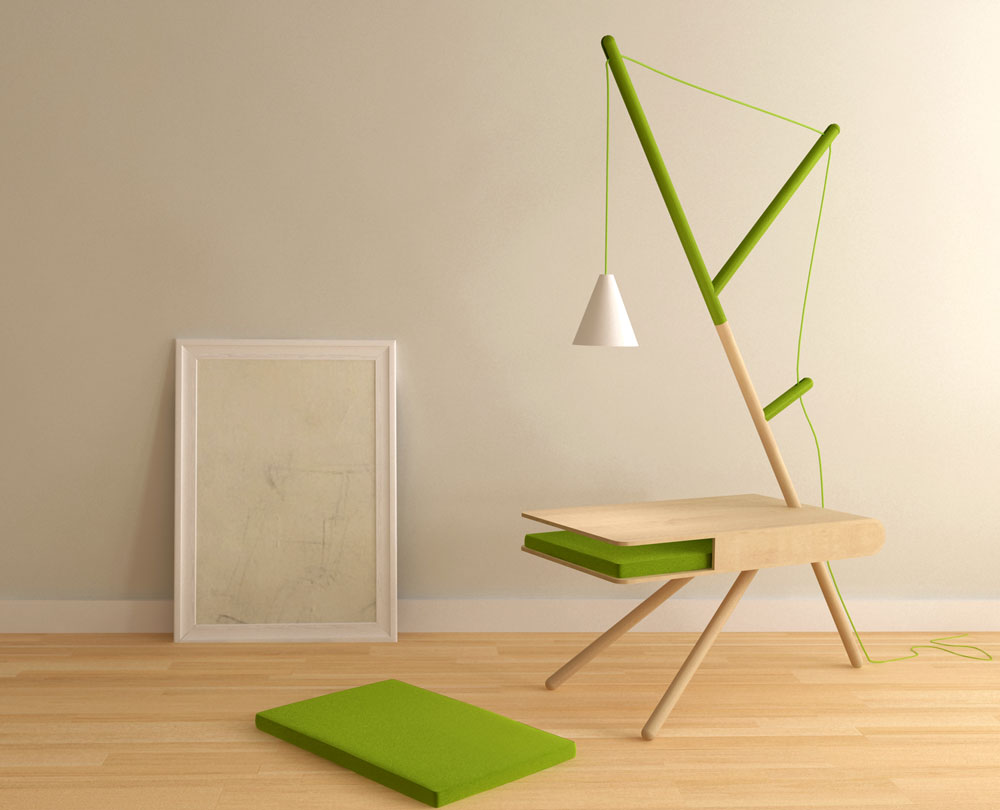 In an attempt to bring the tranquility of nature into city living, Presek Design Studio have created a RE:LIGHT, a minimalistic tree-inspired furniture piece. This multifunctional design incorporates both a height-adjustable pendant lamp and a table surface, as well as a deep storage groove on its side which houses a set of floor cushions.

The intended usage of RE:LIGHT seems to take cues from far eastern culture with users encouraged to sit cross-legged on the integrated floor cushions. There’s also the recurring theme of going back to nature and sitting on a field or forest floor which is of course continued in the form and colour scheme of the furniture. 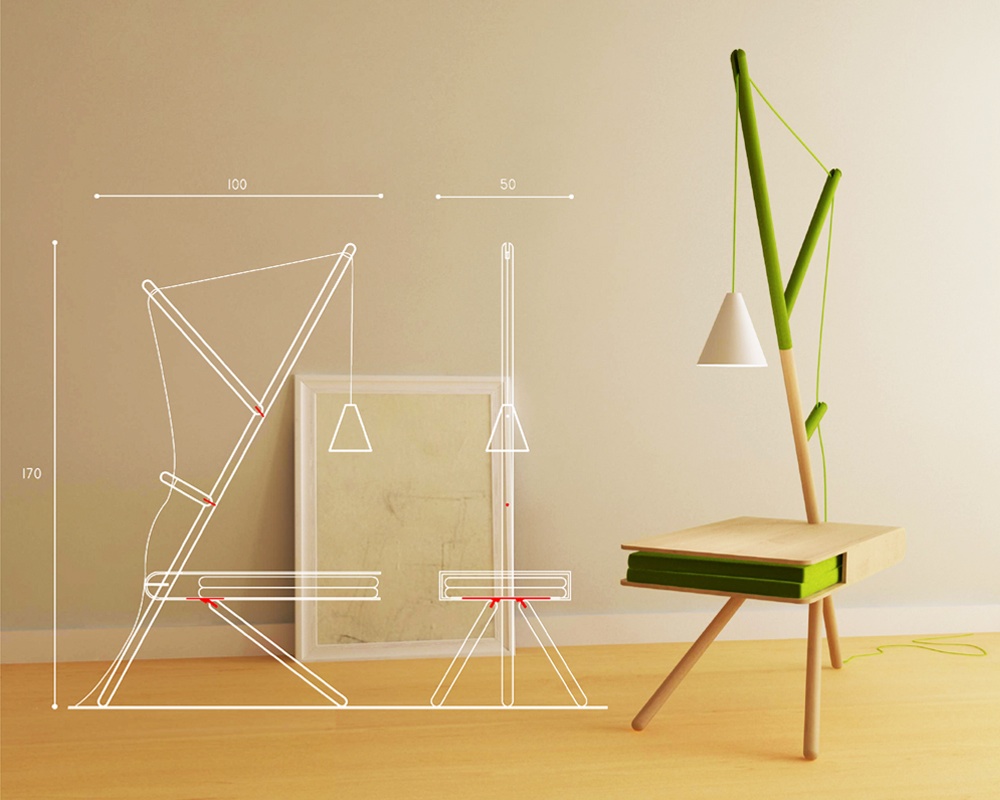 As mentioned RE:LIGHT was inspired by the form of trees and this is evidenced by the branching stem that supports the lamp, as well as  the splayed legs which – despite being a decidedly common feature of tables – emanate from the stem in particular  to resemble roots. 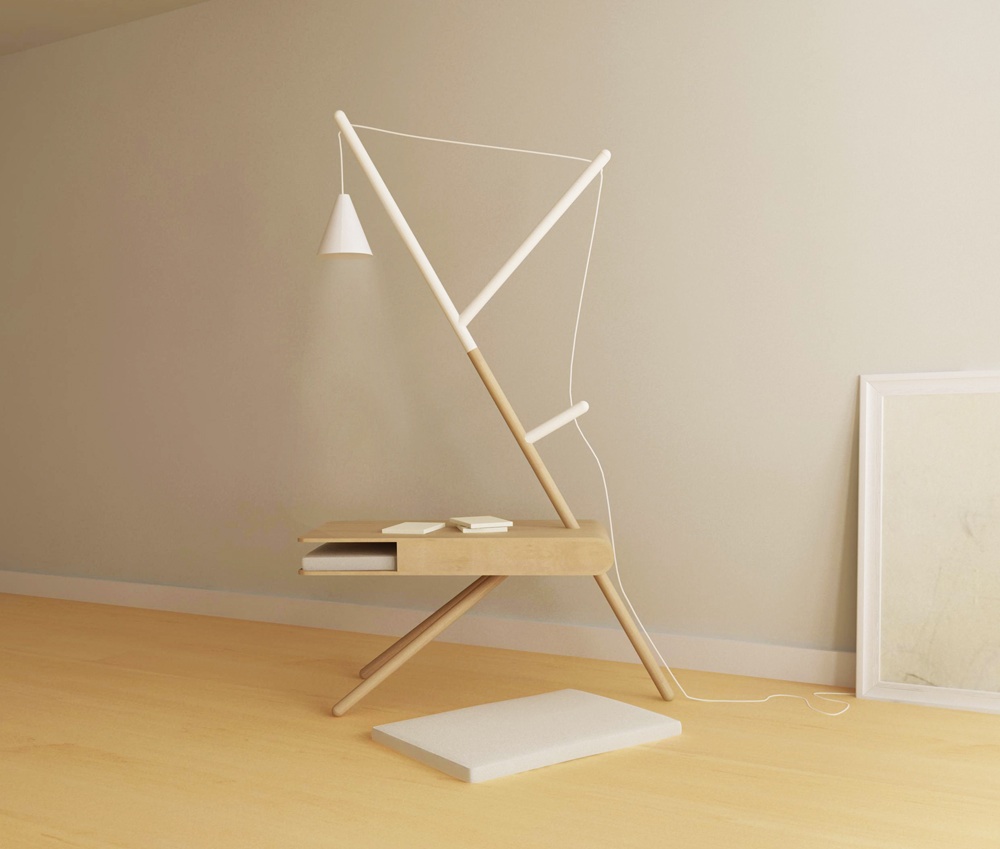 The furniture piece has been created in three distinct colours, each invoking imagery of the different seasons. The standard green highlights of course represent spring/summer but the orange and white versions also show autumn and winter respectively. It’s also worth noting that only the tips of the branches are coloured; the lower sections of RE:LIGHT are left in natural unfinished wood to mimic the tree’s trunk. 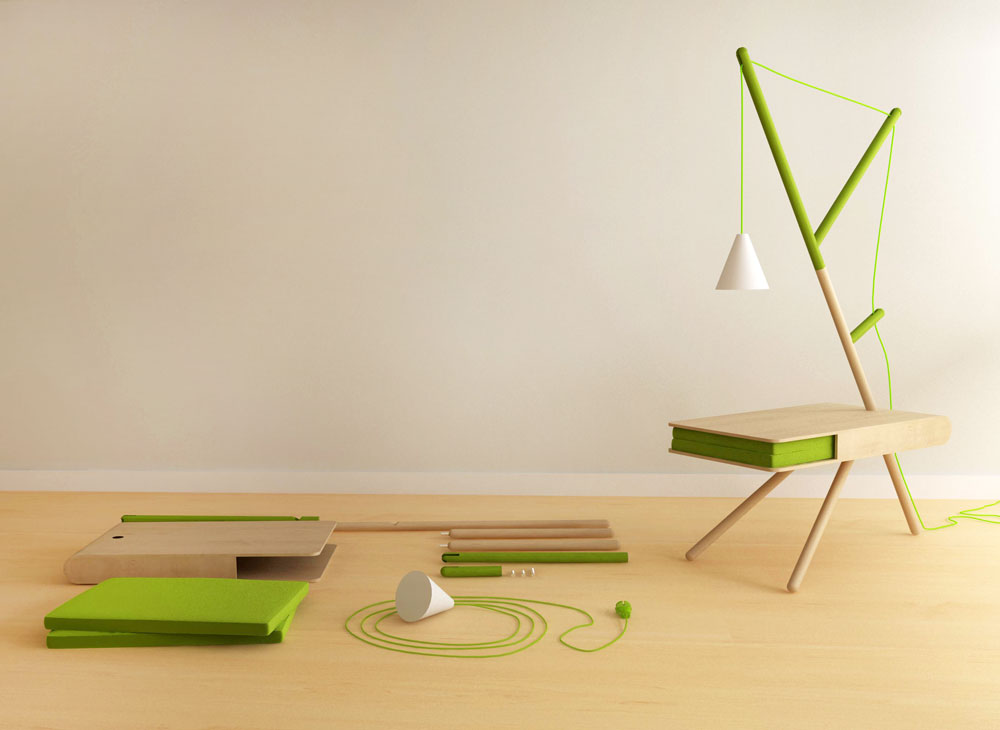 The height of the lamp incorporated into RE:LIGHT can be adjusted by altering the cable from which it is suspended. This wire is held in 3 places by the branches of the tree and allows the users to chose between casting an ambient light when the lamp is raised, or a focused light for reading when lowered.

RE:LIGHT was created by Ksenija Josifovic and Miroslava Djordjevic whom together form Presek Design Studio. If you enjoy the suspended lamp aspect of RE:LIGHT, you might also be interested in the Crane Lamp by dialoguemethod. 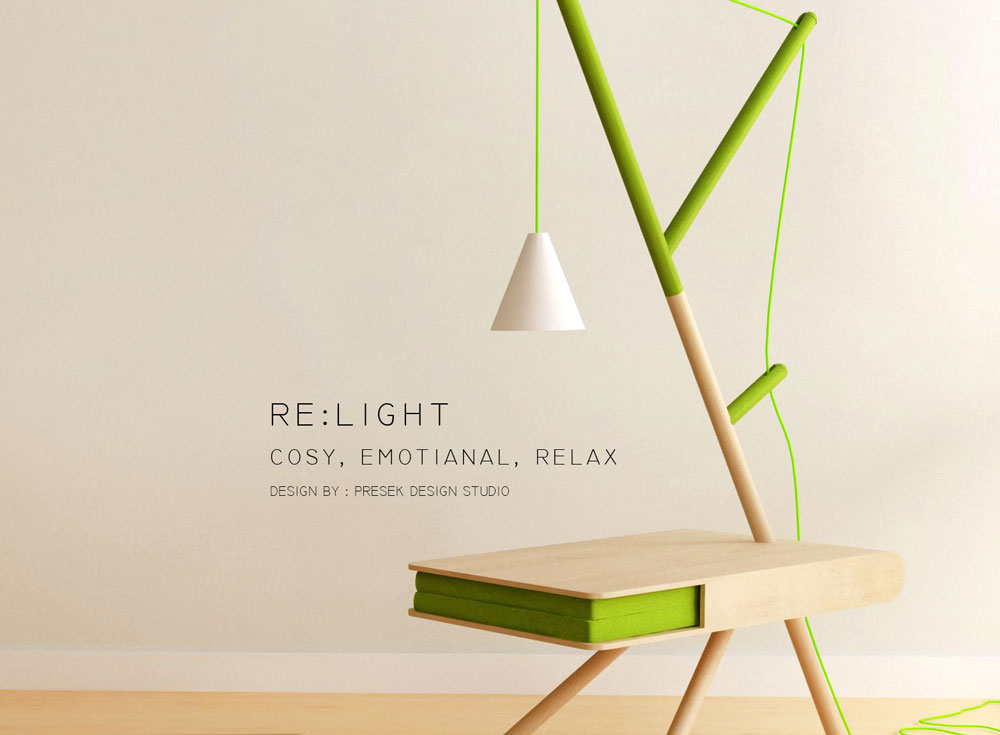