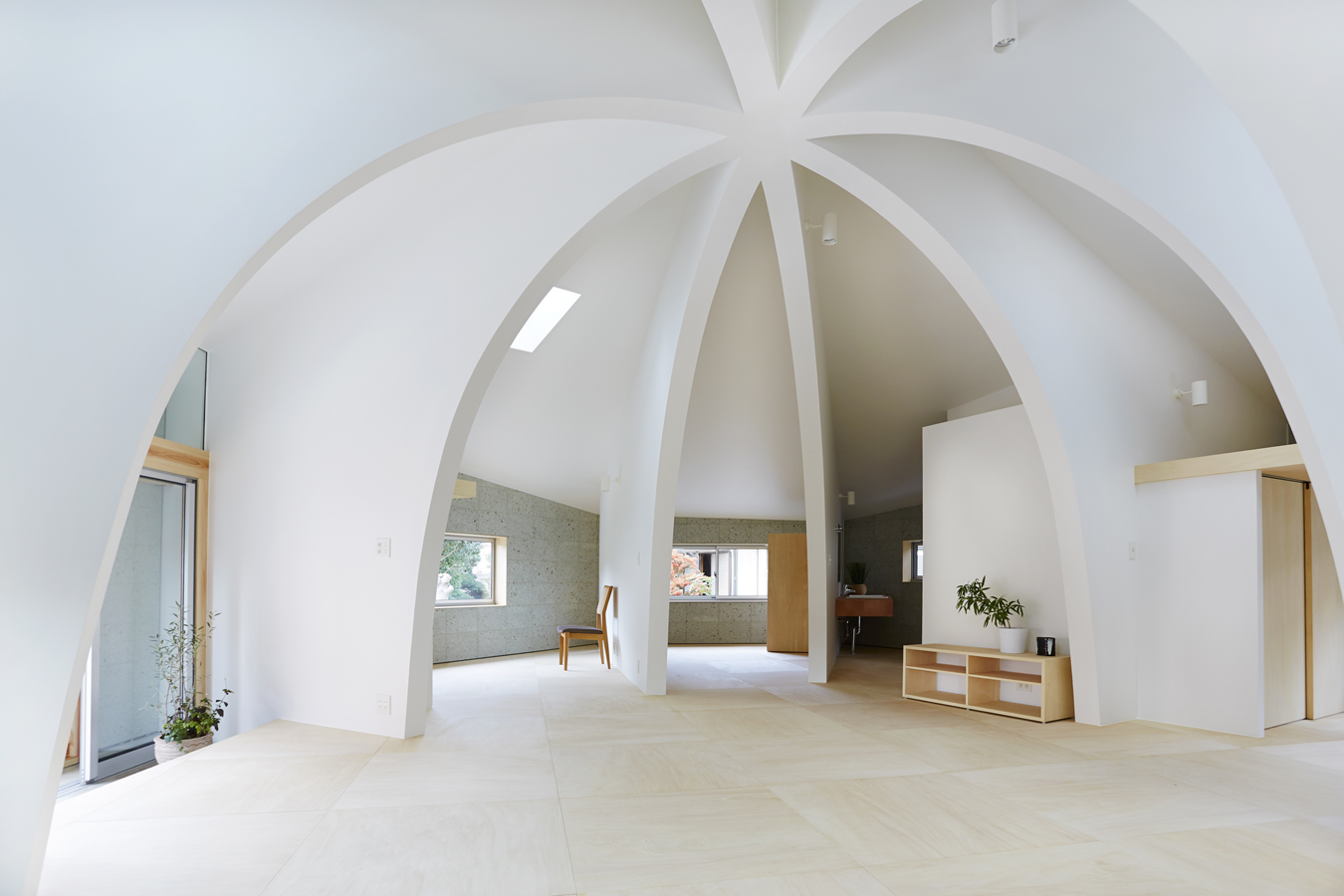 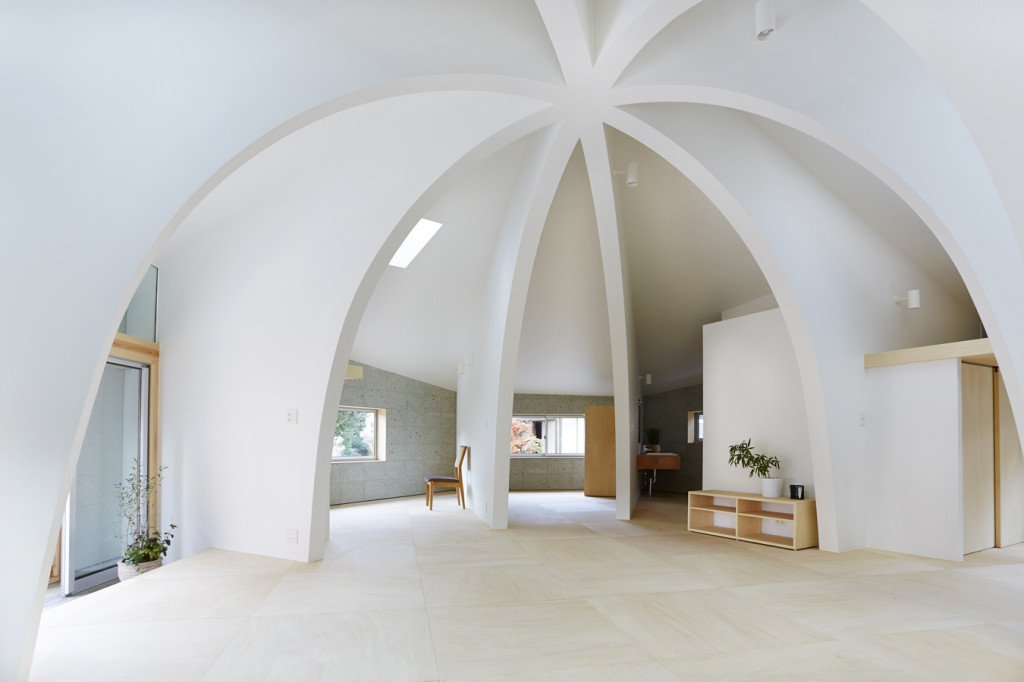 Never the ones to settle for a traditional housing layout, Hiroyuki Shinozaki Architects have in House I designed a unique segmented living space that radiates from a central opening. House I in Tochigi, Japan was completed in October 2013 and covers a total floorspace of 92m². It is minimalist throughout and sparsely populated with furniture. 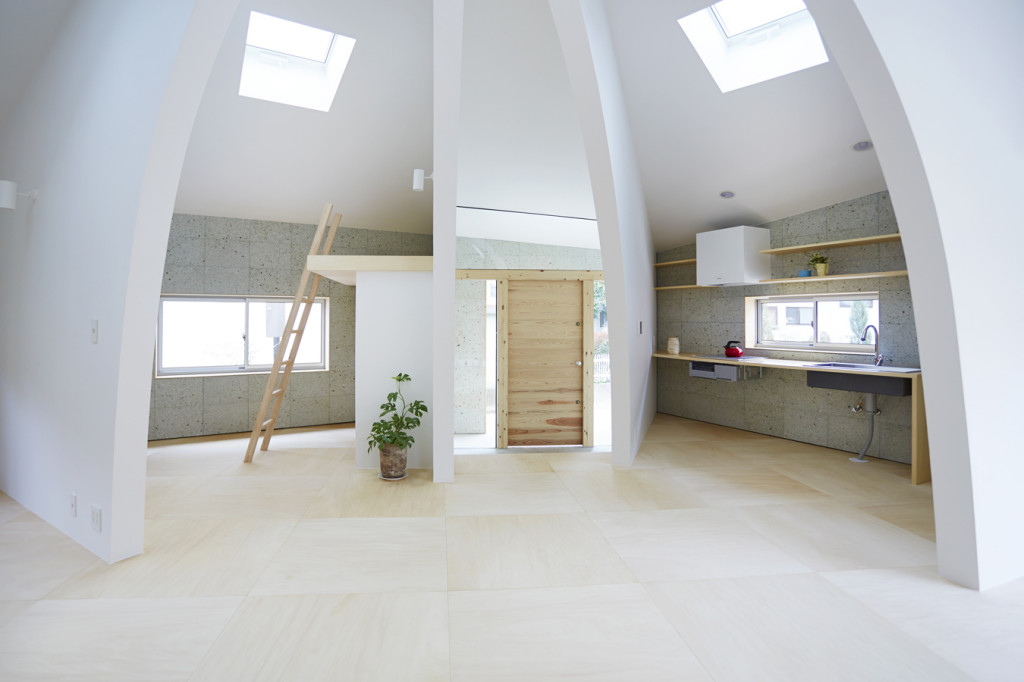 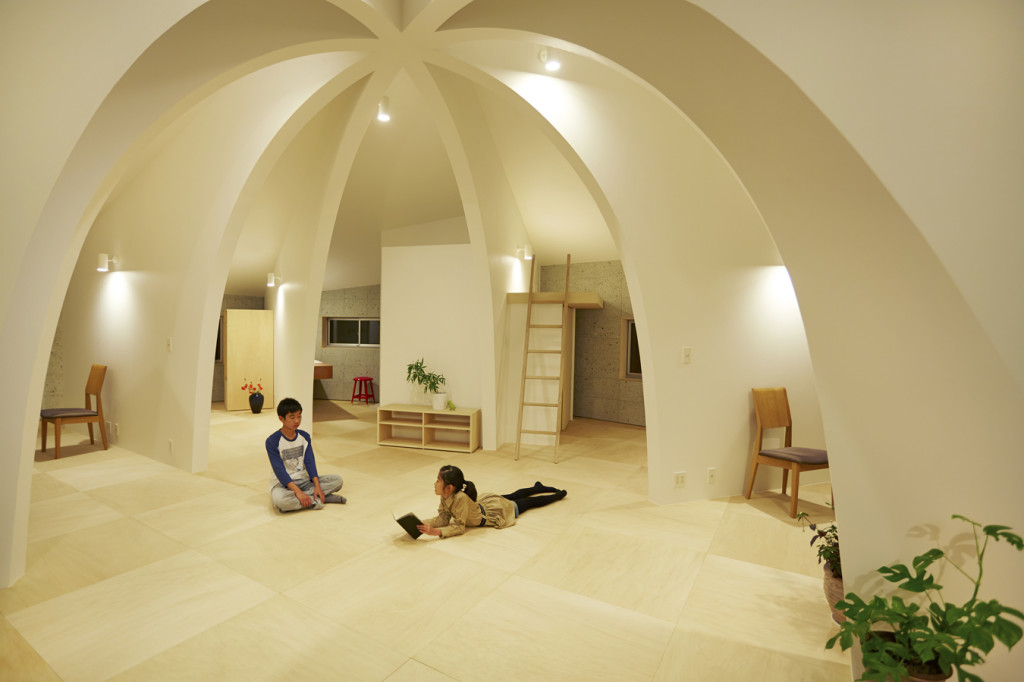 House I was designed for a family of three and seems to provide ample space with its many compartments and enormous open plan centre. However I’m not sure whether the openness and resulting lack of privacy would suit all families and as with a lot of Hiroyuki Shinozaki Architects‘ extreme buildings, might be quite hard to sell. At least House I is all set over one level making it safe for family life unlike House T with its dangerous sheer drops. 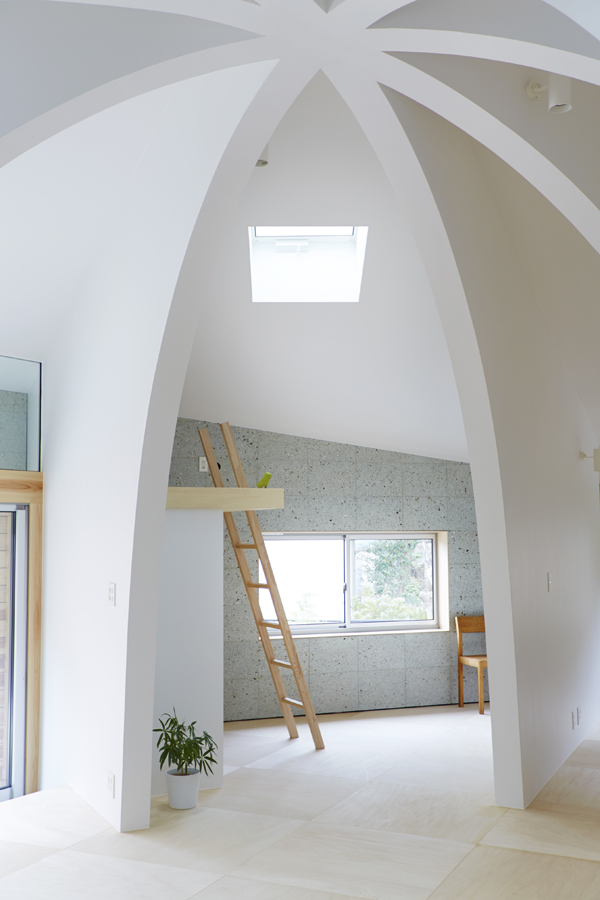 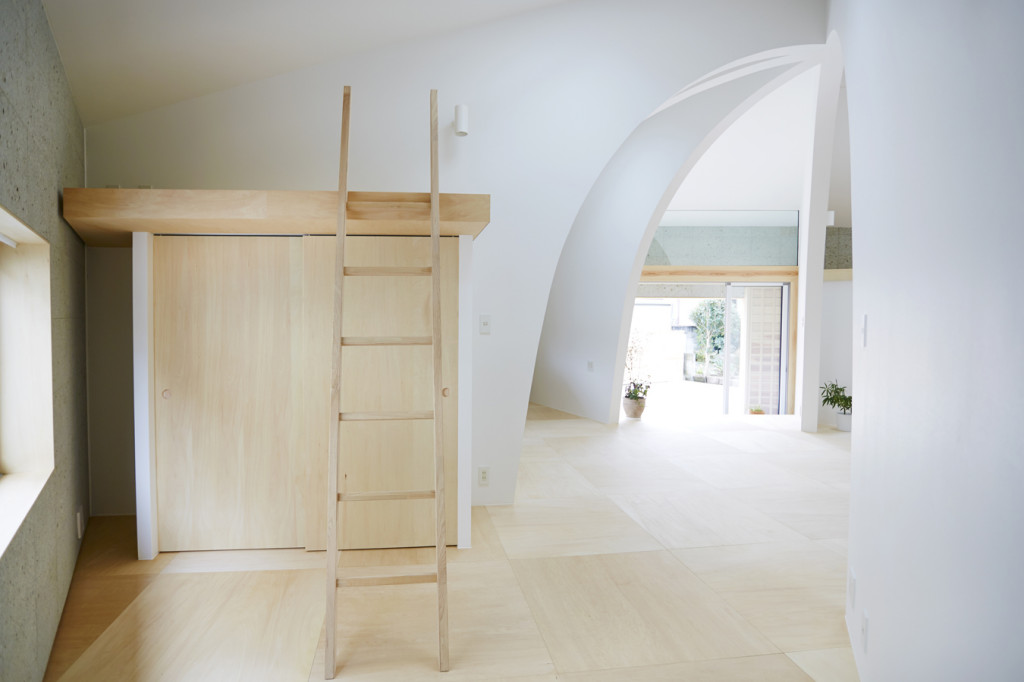 Various rooms radiate from the centre of the house, eight in total, giving House I an octagonal shape. The inwards facing angles of the walls as they approach the centre give the rooms an element of enclosure and privacy but the house remains distinctly open plan throughout. 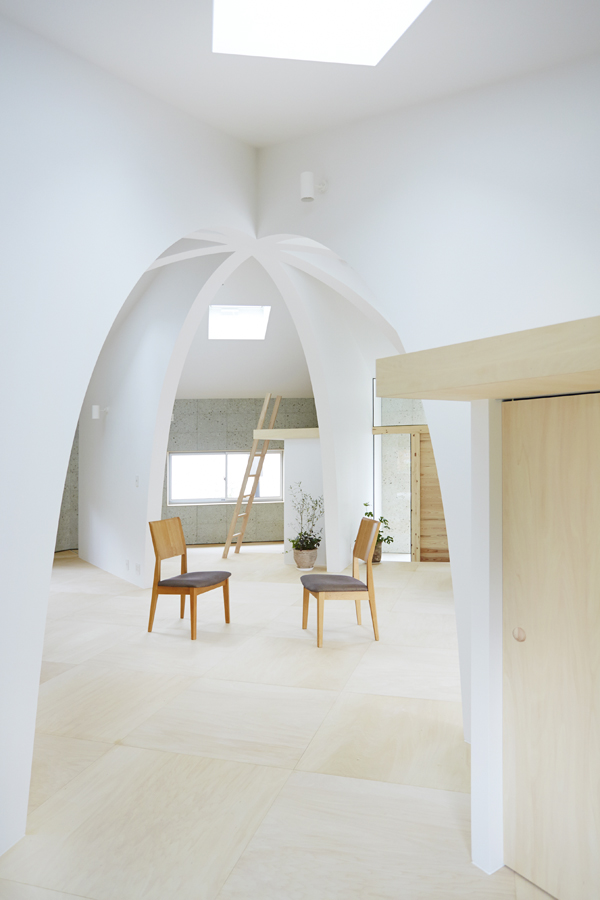 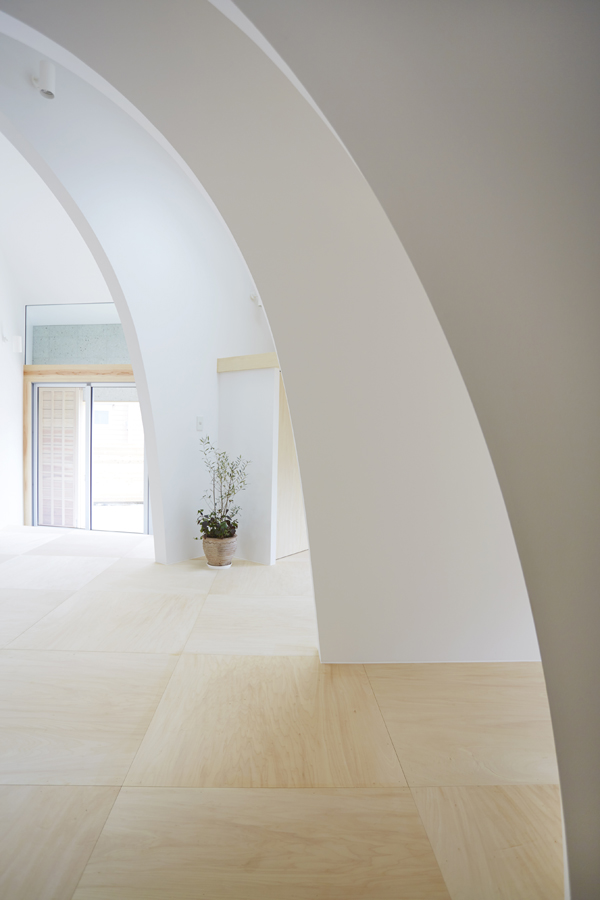 There’s something quite futuristic about House I in a sort of Tatooine from Star Wars way but also something quite primitive with the round shape and segmenting walls resembling the curved supports of a yurt. Similarly the floorplan of House I could be said to be both efficient and inefficient; all the rooms of the house are accessible from one point but the resulting round shape of House I makes poor use of the square building plot in its suburban setting. 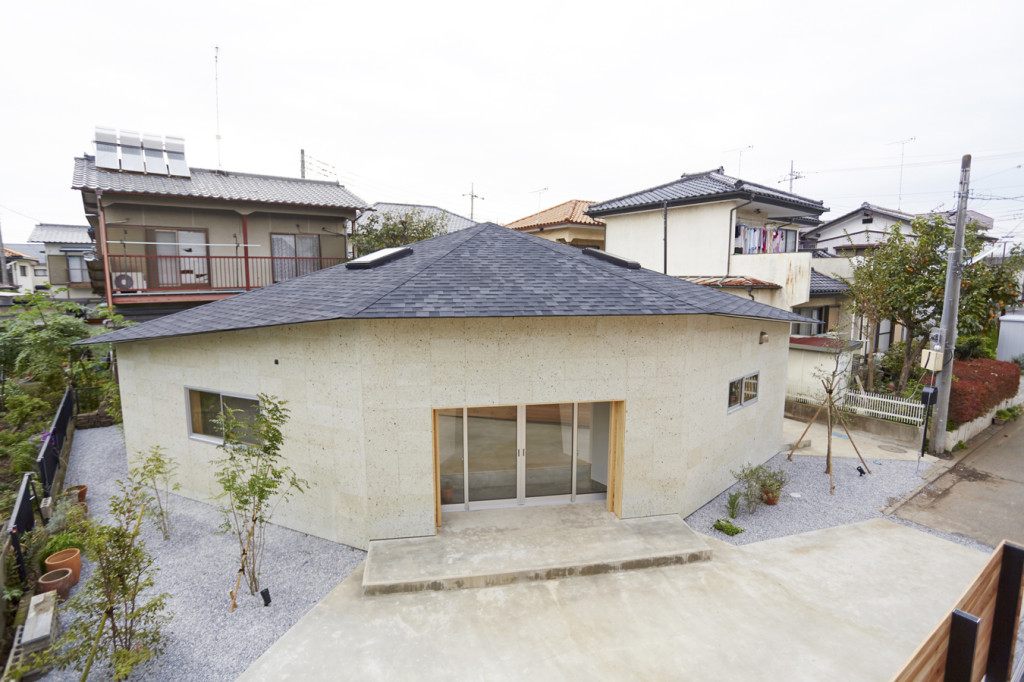 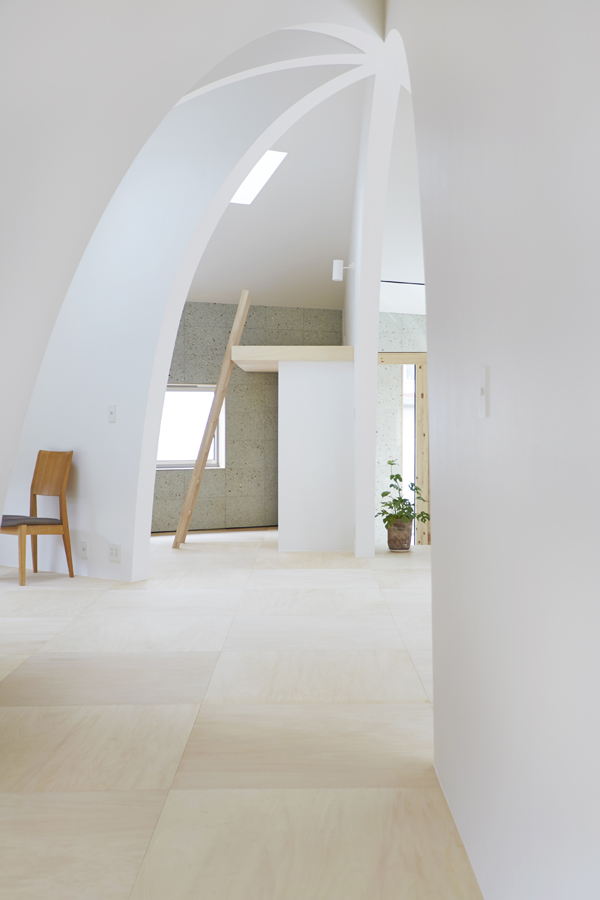 Hiroyuki Shinozaki Architects (HSA) often simply name their projects after letters of the alphabet and up until now which letter in partiuclar seemed arbitrary (House H for example surely should have been House Y with its distinctive Y-shaped supportive beams). Perhaps the letters are derived from a kind of synaesthesia the architect has towards the houses he designs. 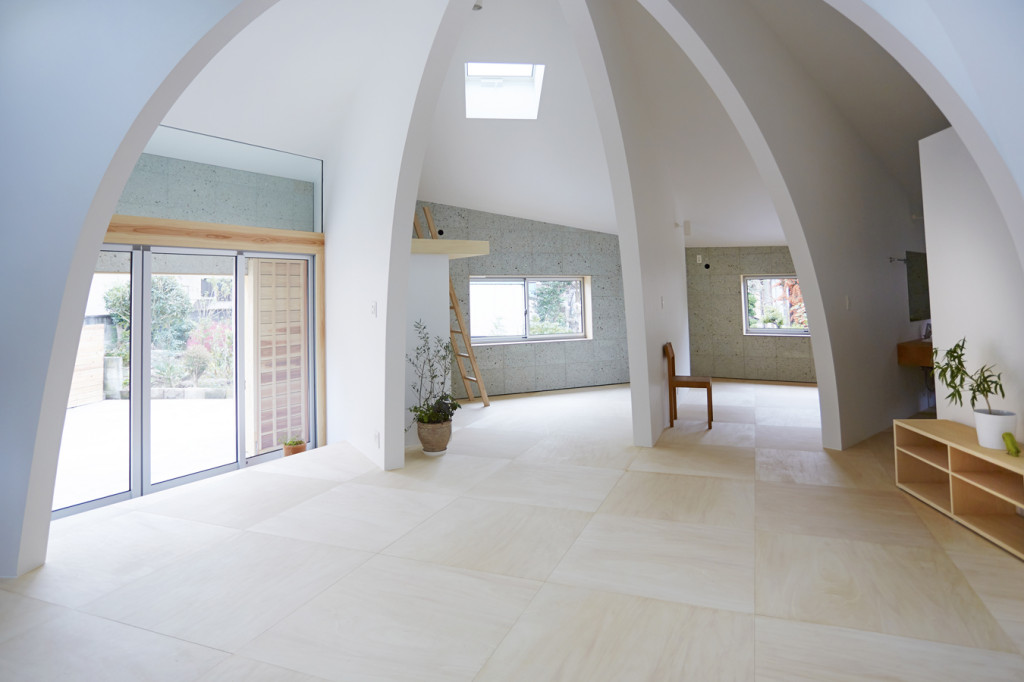