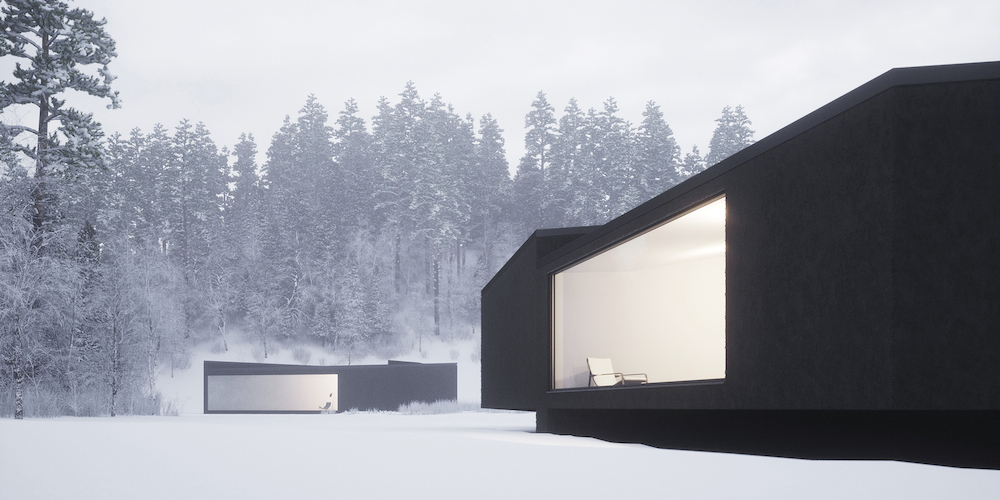 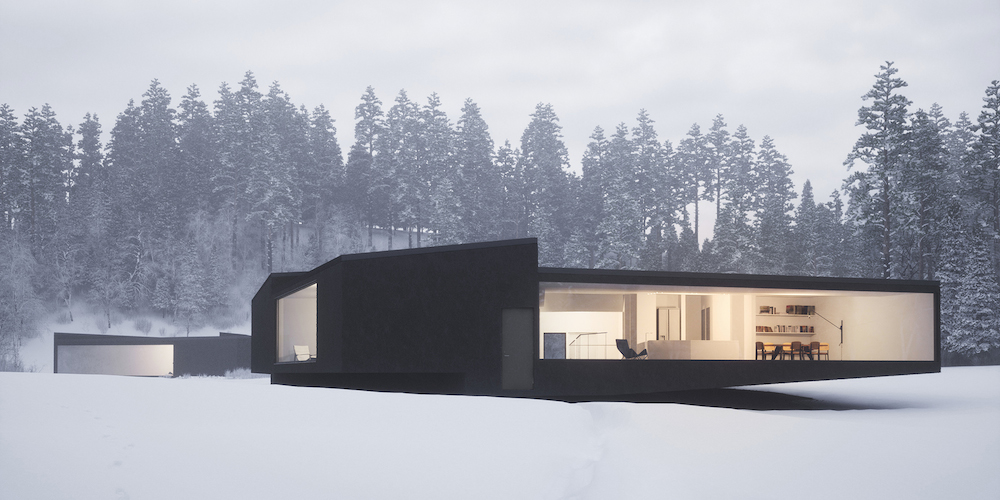 From The Black Desert House to a black house in the snow, this project is called ‘Twins: Houses in Five Parts’ and was designed by William O’Brien Jr. These are two ultra-modern, minimalist holiday homes for two brothers and their floorplans are based upon the geometric principle of dissection. 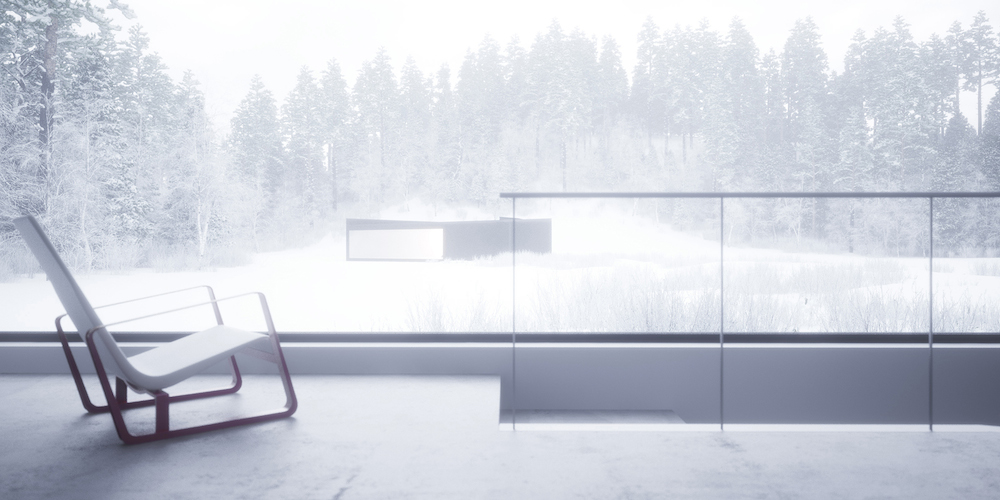 Dissection is essentially a concept in geometry which states that two regular polygons with the same areas can be divided into identical shapes which can then be reassembled in a different way to form the other. In the case of these two houses, one is a regular hexagon, the other is a square, and from them William O’Brien Jr has deduced a triangle and four trapezoids which they both have in common. 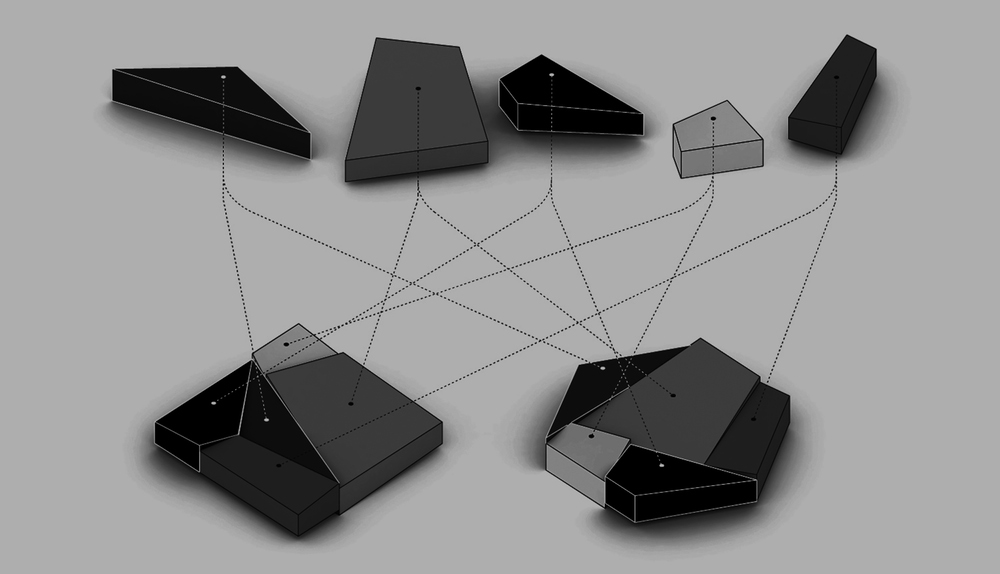 These shapes comprise different rooms in either house and create a subtle connection between the two houses for two brothers; they are identical and they are different. While I think it’s a nice idea, I doubt this kind of mathematic trickery will get the casual observer all that excited but I think the angular black exteriors and the crisp white minimalist interiors will. 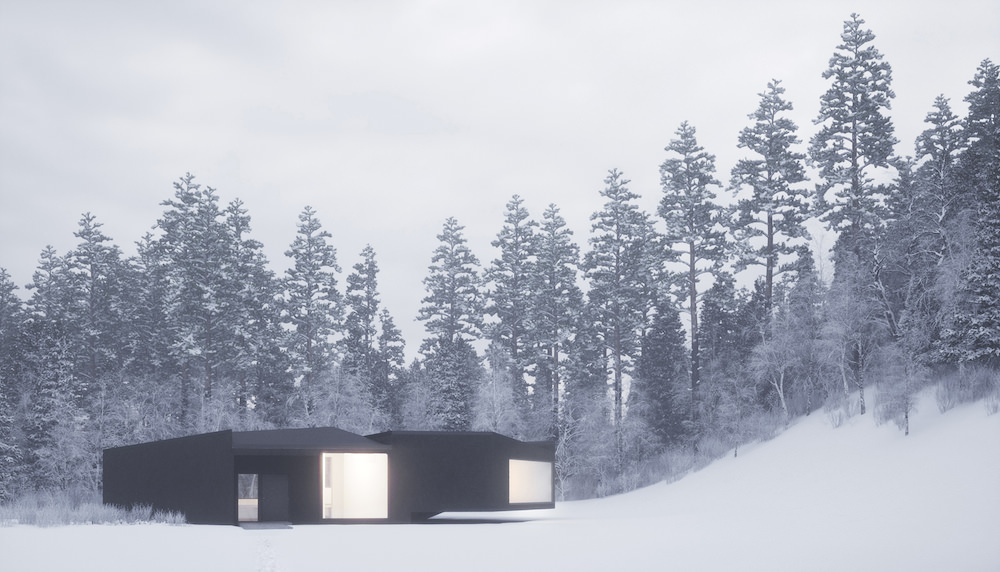 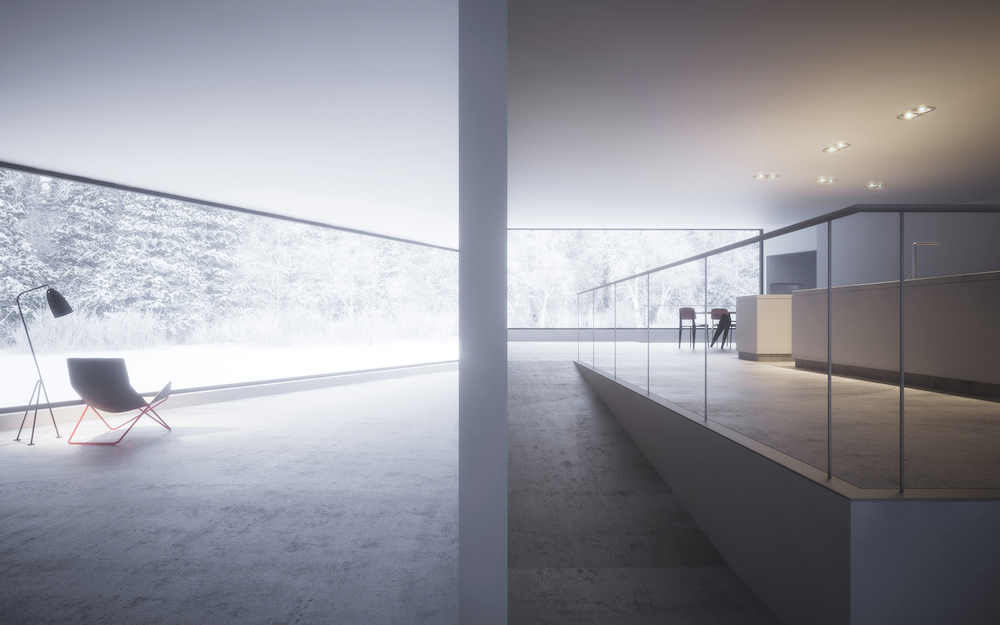 While the exterior’s stucco is very angular and sudden against the surrounding natural environment, the interior could only be described as gradual. Gentle slopes in the concrete floors connect different floor levels and the choice in colours used varies only between white and light-grey. Rooms are expansive and open plan so the intended uses for areas meld together and alter only slowly as you progress through the houses. 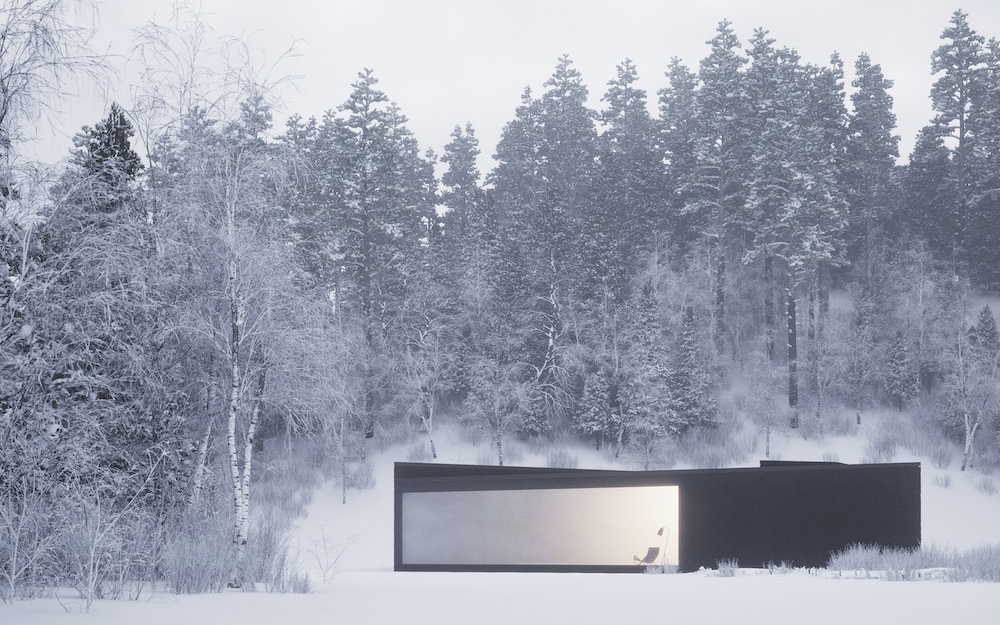 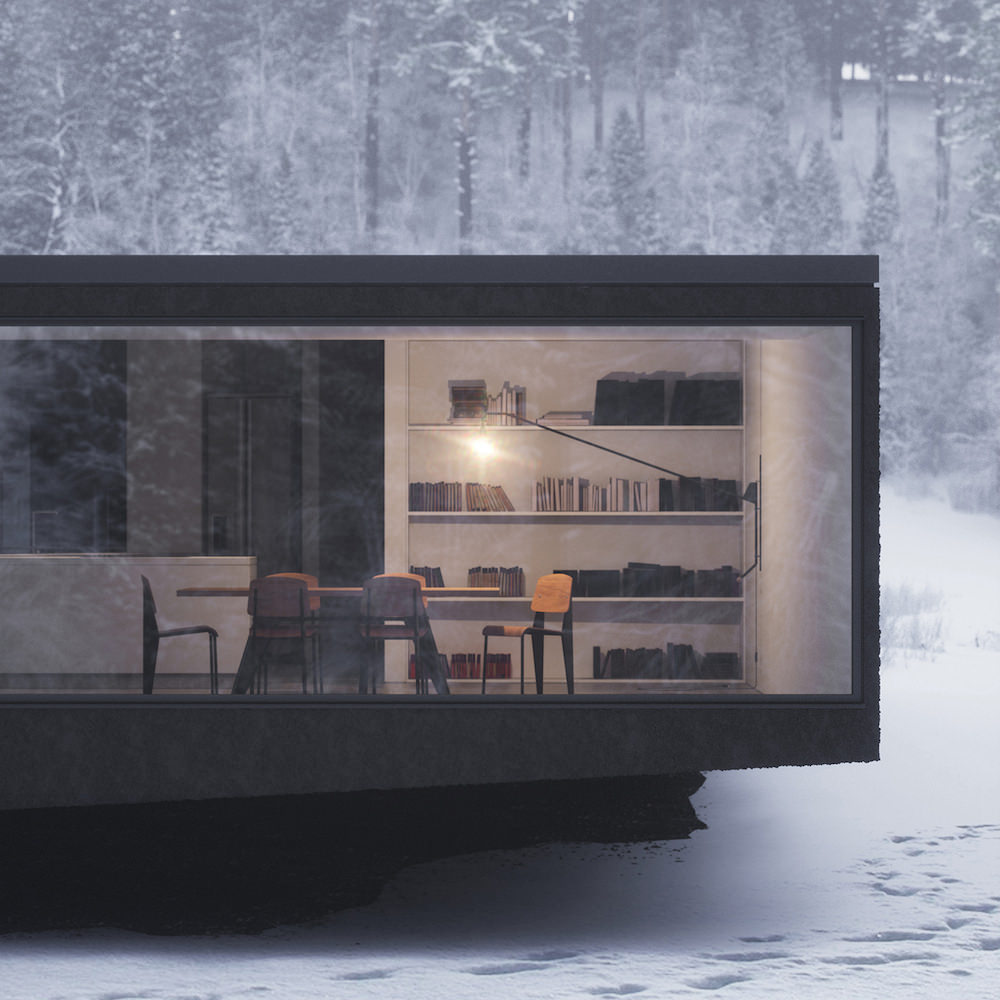 There are an abundance of enormous windows in the Twin Houses which at times seems to take up entire elevations. They appear to be seamless and command wide-reaching views over the opposing house and the surrounding environment of up state New York. 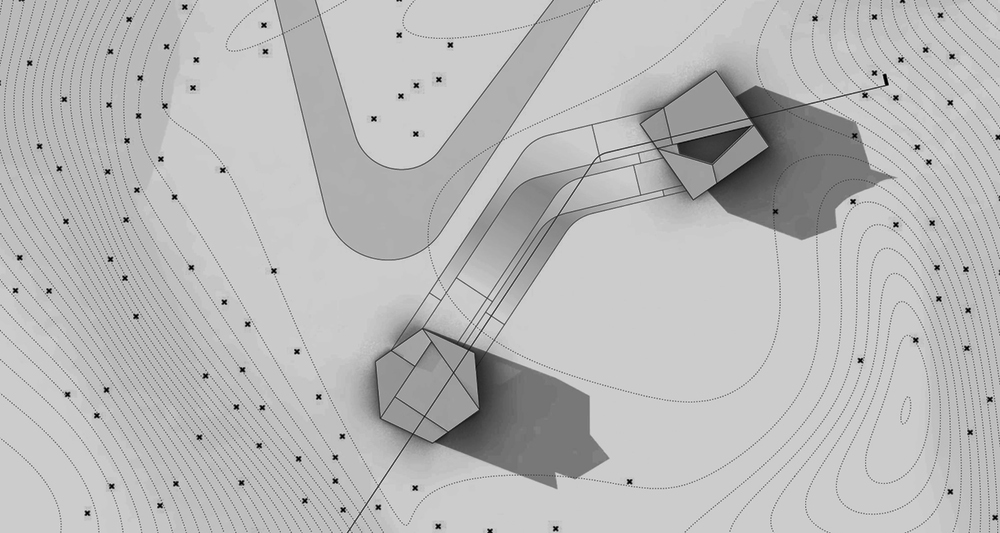 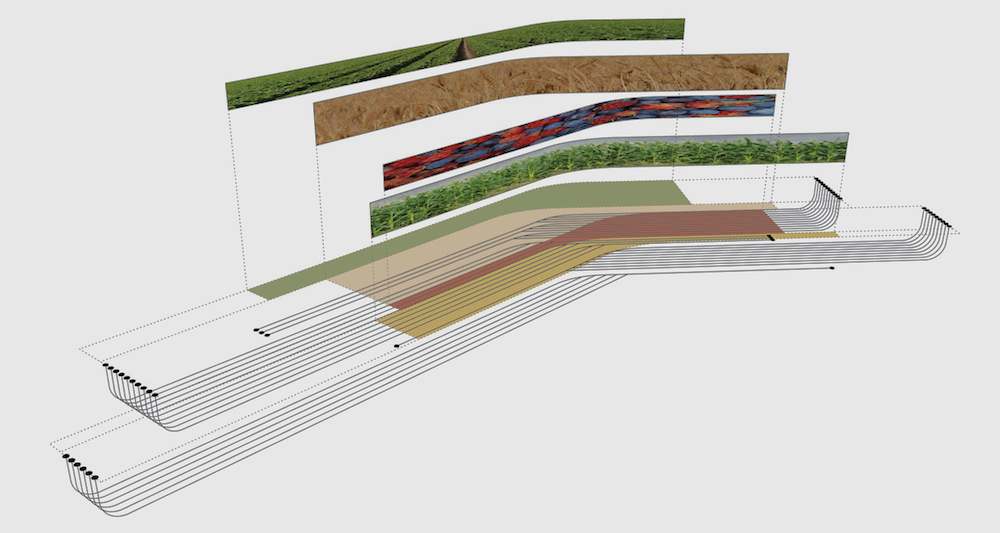 The Twins: Houses in Five Parts are connected by rows of vegetation including berries and wheat, as well as a shared rain water harvesting system which is fed by the sloping roofs of the two houses. The rows of vegetation are so carefully arranged that the site must look like a circuit board during the summer months. Unfortunately the only pictures available of the house show the Twins: Houses in Five Parts in a snowy New York winter setting which is a shame as I think summer would add a whole new perspective to this minimalist house with its already frosty looking interior. 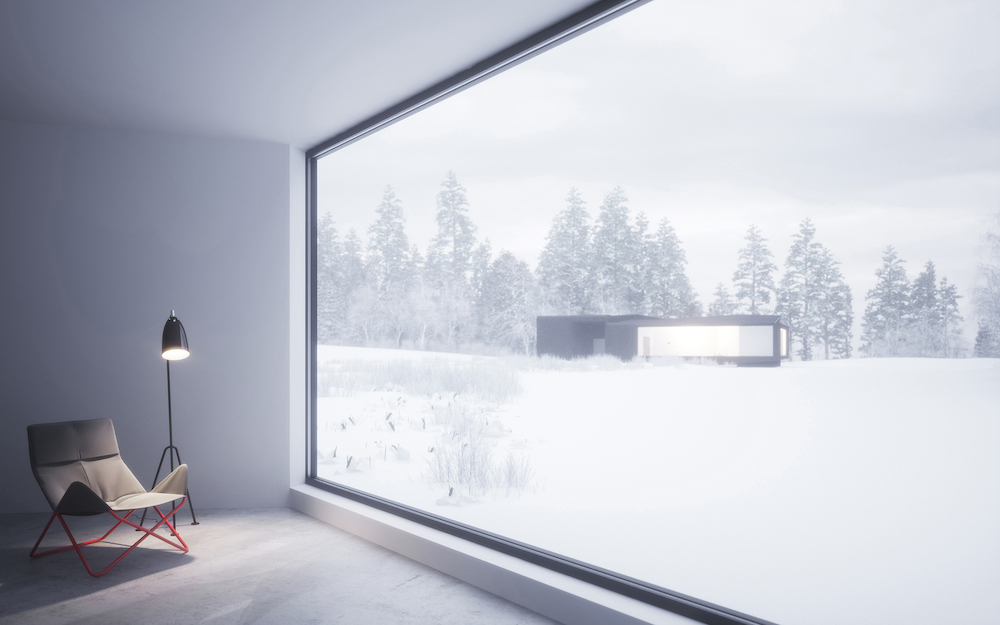 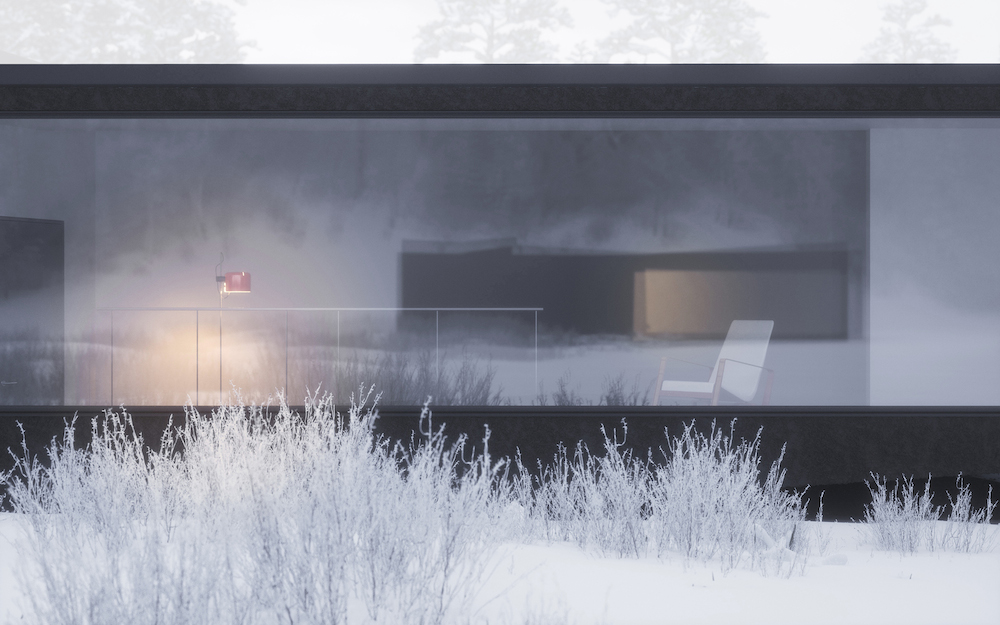