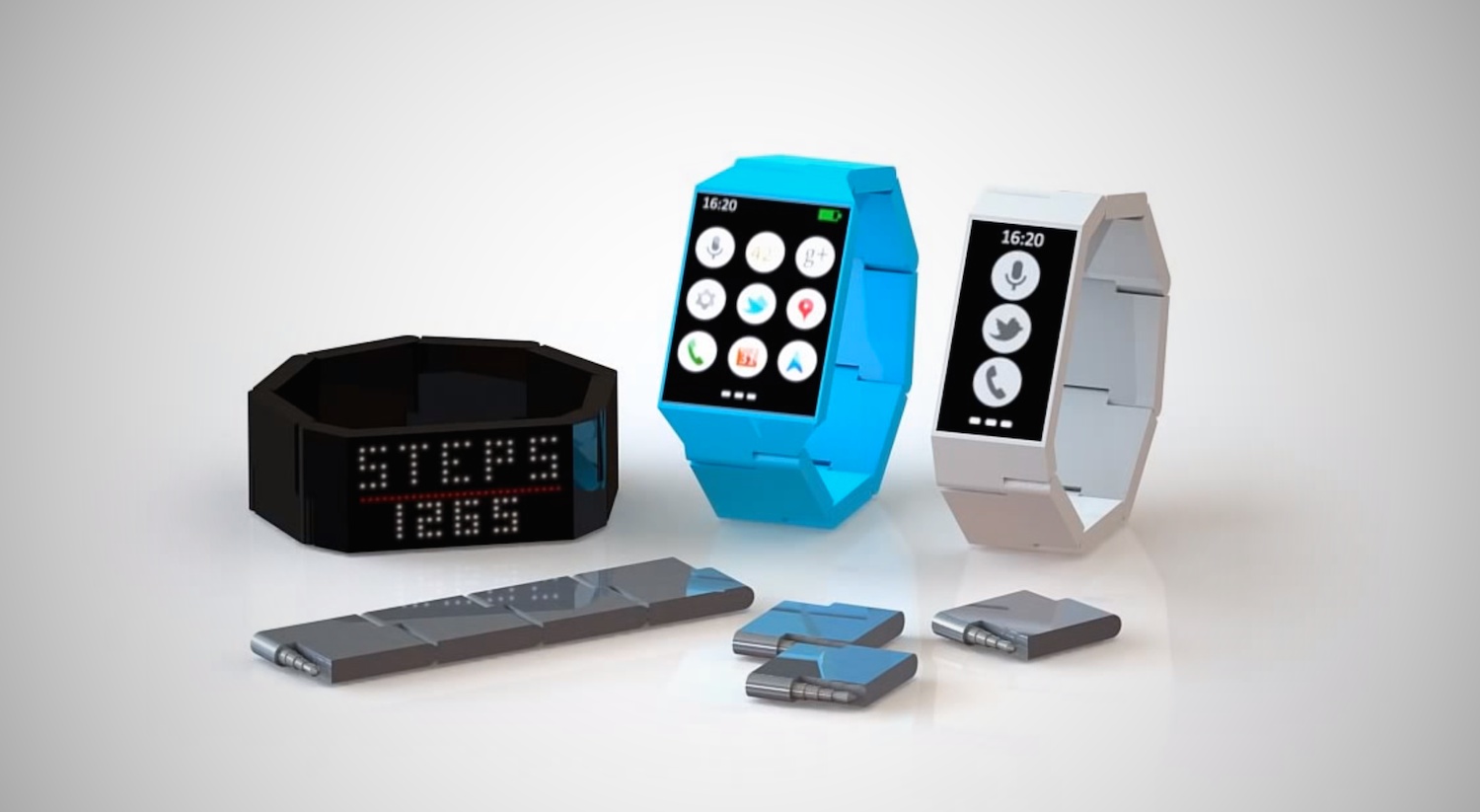 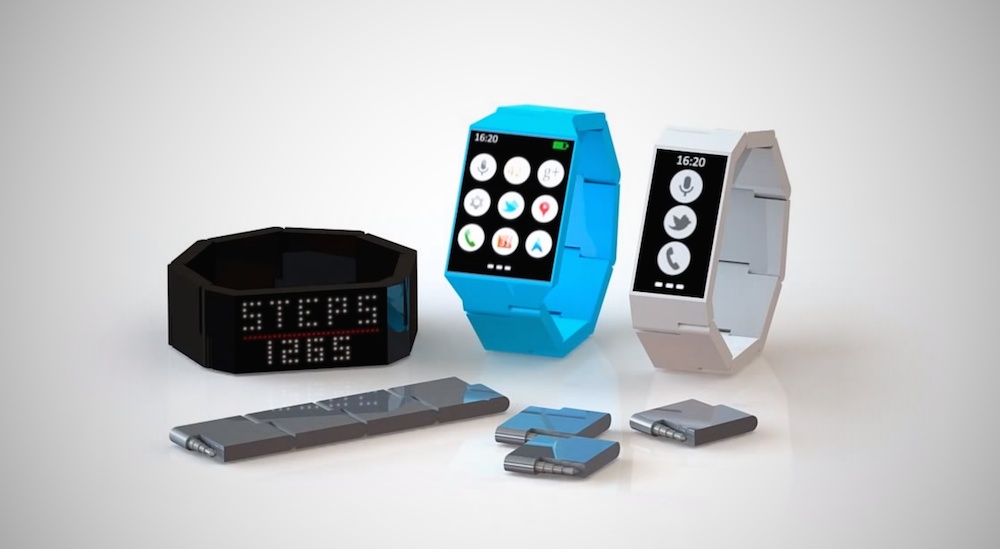 Running in a similar vein to Phonebloks (and a lot of the other modular goodness that we’ve featured on Homeli), Blocks is a design concept that allows users to build their own smartwatches. Blocks is being developed by a team at Imperial College London and the team hope that Blocks will be powered by the Android Wear operating system (although this isn’t yet confirmed).

The proposed modules serve as individual links in the watch’s chain and don’t look too dissimilar to a conventional metal watch strap. This means that the Blocks smartwatch won’t appear too outlandish which should help initial take up — something that Google Glass seems to be struggling with. The metal pins which connect adjacent modules also serve as jacks which pass data between blocks and this simple system makes it incredibly easy to rearrange and swap out components. 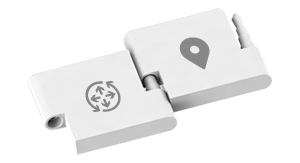 This idea of a modular smartphone has since been further developed by Google’s Motorola and christened ‘Project Ara’. A smartwatch seems like a much more achievable piece of hardware for a small startup to produce from start to finish in the age of crowdfunding, and is also a much more personal device that is better suited to this kind of customisation.

The wearables market certainly seems fast paced, but in my opinion no company has managed to create a decent smartwatch yet, and consumer take up is slow by anyone’s standards. If users had the chance to select what they want from a smartwatch — that doesn’t look as dorky as Samsung’s Galaxy Gear — then this could be about to change. 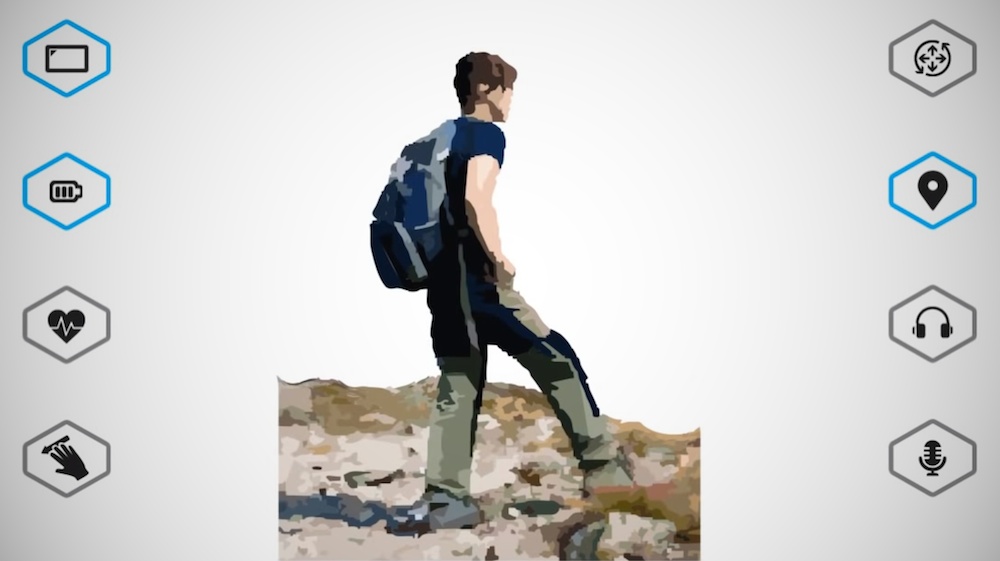 The standard modules that Blocks are foreseeing include SIM card readers, additional batteries, cameras, GPS, heart rate monitors and microphones, and this wealth of choice would allow Blocks to fit in with your lifestyle. If you want your smartwatch to double up as a standalone phone, then pick a SIM card module, a microphone and an audiojack; if you’re an avid hiker then select GPS, heart rate, and blood oxygen reader blocks.

It made perfect sense to use to spread those kinds of features and hardware around the wrist instead of throwing them all into one thick lump under the screen on top of your wrist. A heart rate sensor, for instance, is much better suited to the underside of your wrist where you would normally measure a pulse.Omer El Fakir

Blocks hope that users will chose to upgrade their components over time, rather than simply discarding an entire device as is the status quo. Processors, cameras, screens and batteries are obvious candidates for this upgrade path and could completely upend the planned obsolescence that the current electronics market seems so fond of. 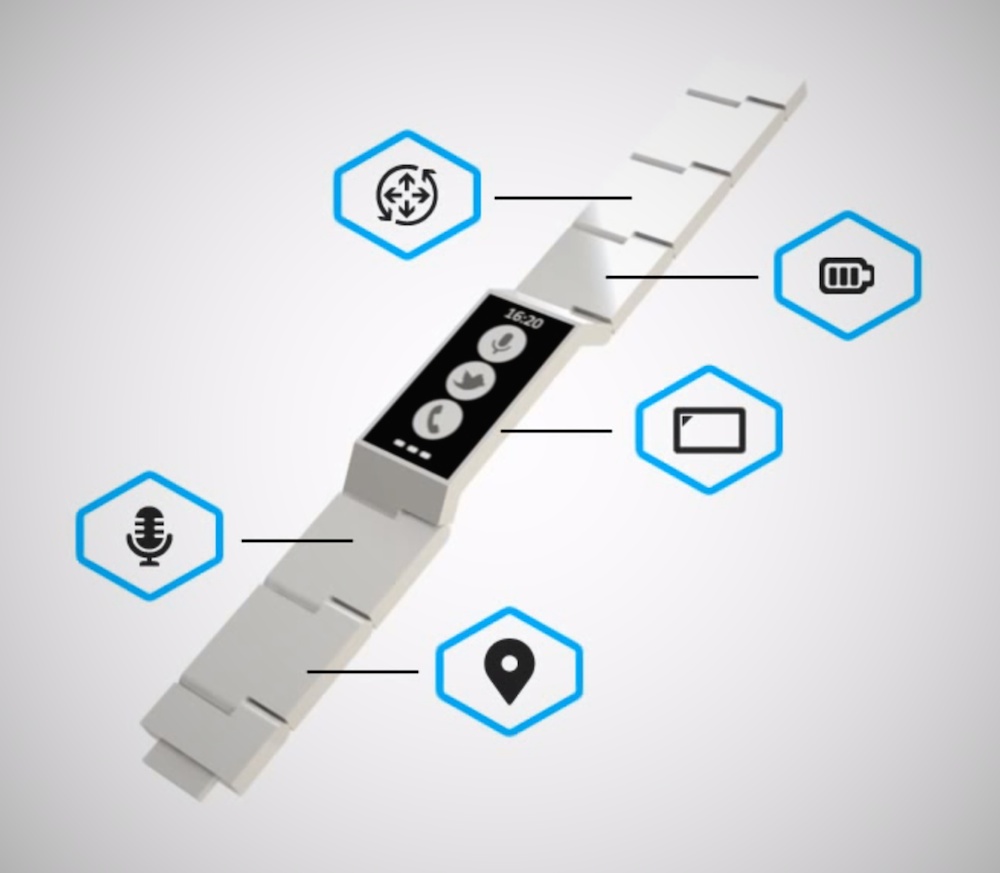 Their plan is to create an open platform, dubbed the Block Store, on which anyone can create and sell their own modules. An example of a proposed 3rd party module could be a block from Barclays bank which would allow contactless credit card transactions.

The team are forecasting that each block will cost between £20 and £40 ($35 to $70) depending on the complexity of the component. These costs will inevitably add up when combining modules to create a watch but Blocks still remains relatively affordable, with users have the chance to upgrade and add to the watch over time.

There’s no word of a crowdfunding campaign through Kickstarter or Indiegogo just yet, but this seems to me to be the most logical next step for the Blocks startup. You can subscribe to a mailing list on their site to keep up to date with future developments. 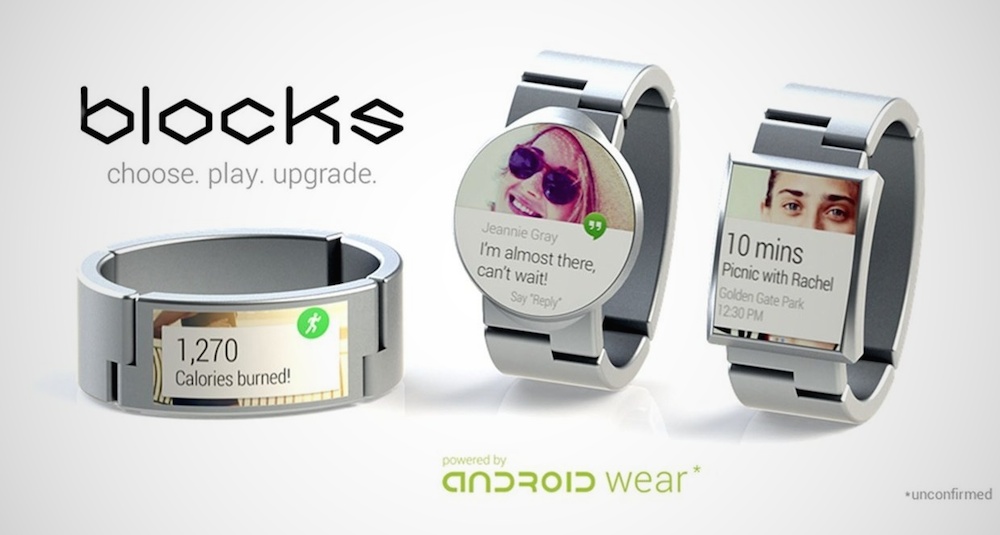