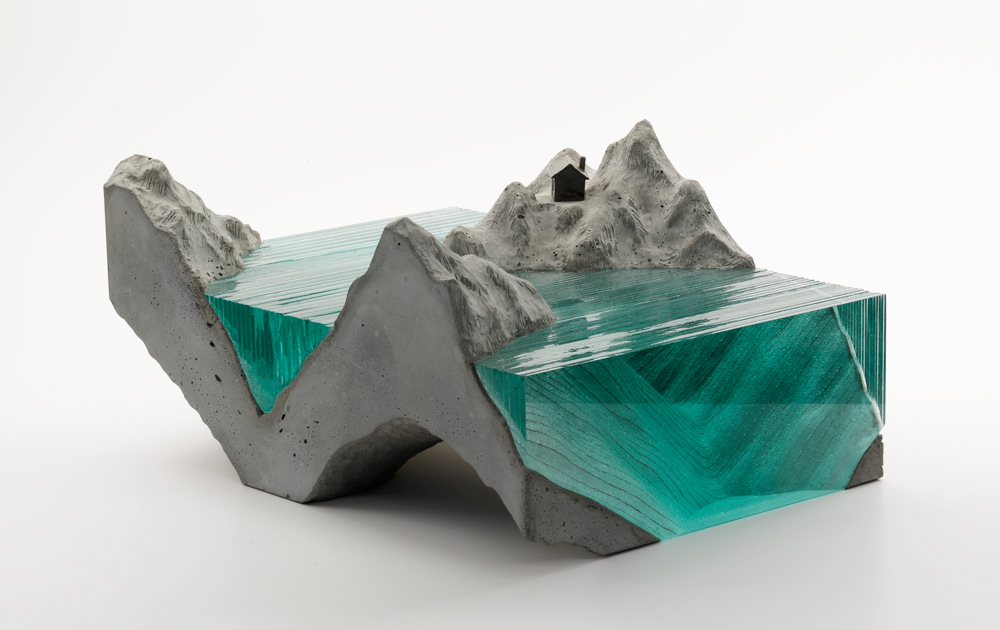 Builder of boats, surfer of waves, sculptor of glass — Ben Young is certainly a man of many talents. But it’s his painstakingly crafted sculptures which have brought the New Zealand artist a lot of attention recently. All of his pieces are entirely handmade with individual layers of glass being shaped by Ben Young himself. No CNC cutting machines are used, which is certainly an anomaly when it comes to these sort of intricate and extremely labour intensive objects. In fact computers aren’t involved in his work at all, with Young instead opting to plan his sculptures out on paper as rough outlines before recreating the forms in glass.

Many of his works revolve around the sea — waves in particular — which makes a lot of sense given that Ben Young is also an avid surfer. His earlier pieces often focused on organic themes: the human form, in utero babies and even a feather; before an abstract waveforms phase and finally onto ocean waves. His latest work tends to incorporate concrete landmass bases and steel detailing (such as the small house we see in Fjord) to create more complex coastal scenes. Want to another object that incorporate layered glass to resemble water? Then check out the Abyss Table by Duffy London. The Layers Cloud Chair by Richard Hutten which is composed of layer upon layer of CNC cut Kvadrat fabric might also be of interest to you.