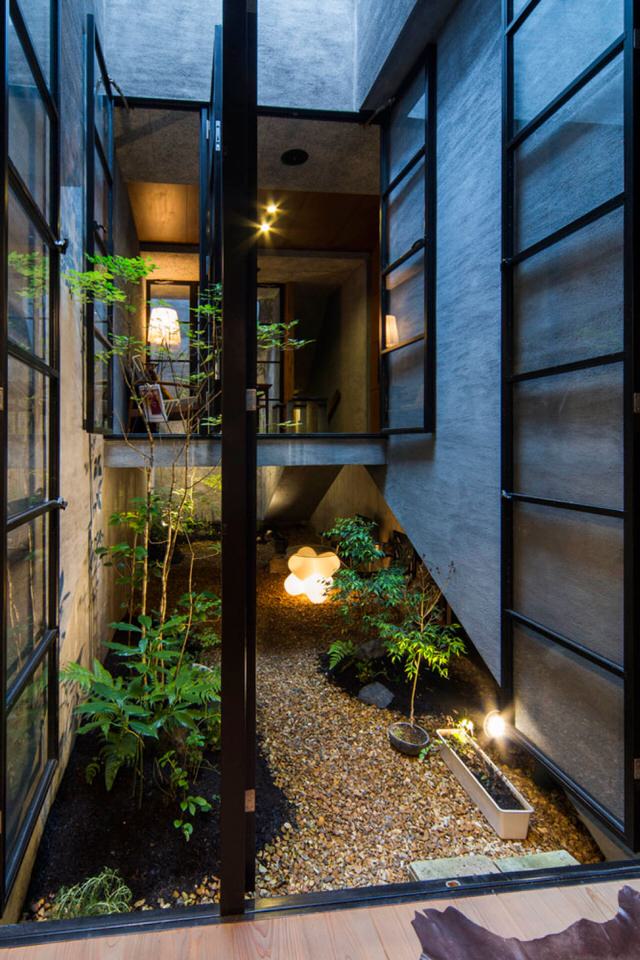 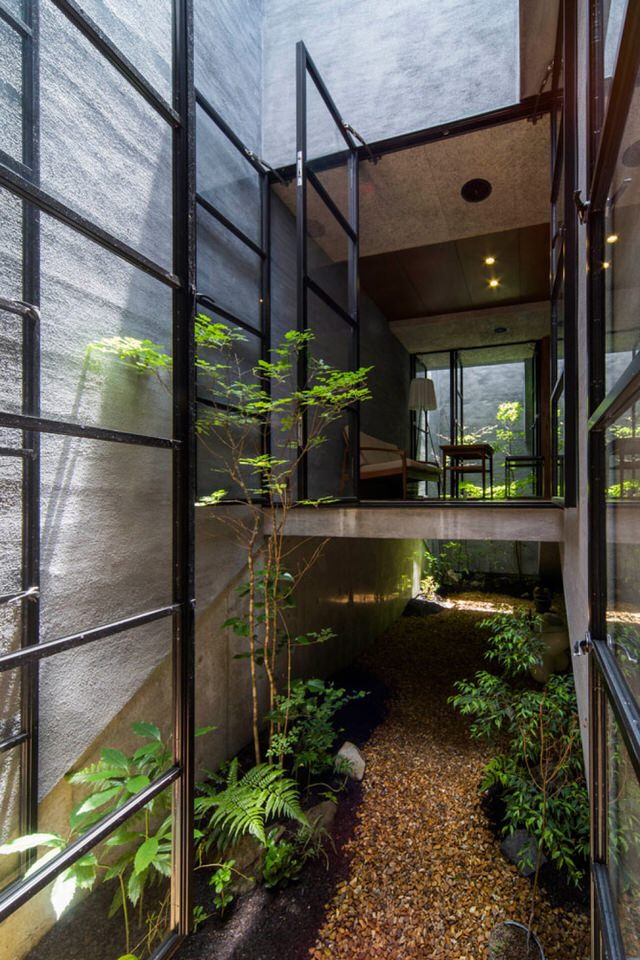 The design of modern suburban houses in Japan tends to prioritise privacy over street-side windows. We’ve seen this in the past on Homeli in Hazukashi House by ALTS Design Office and Seven by Apollo Architects with their heavily obscured windows, but Fuji Architects took the notion a step further in Nara House by abolishing windows on the front facade entirely. 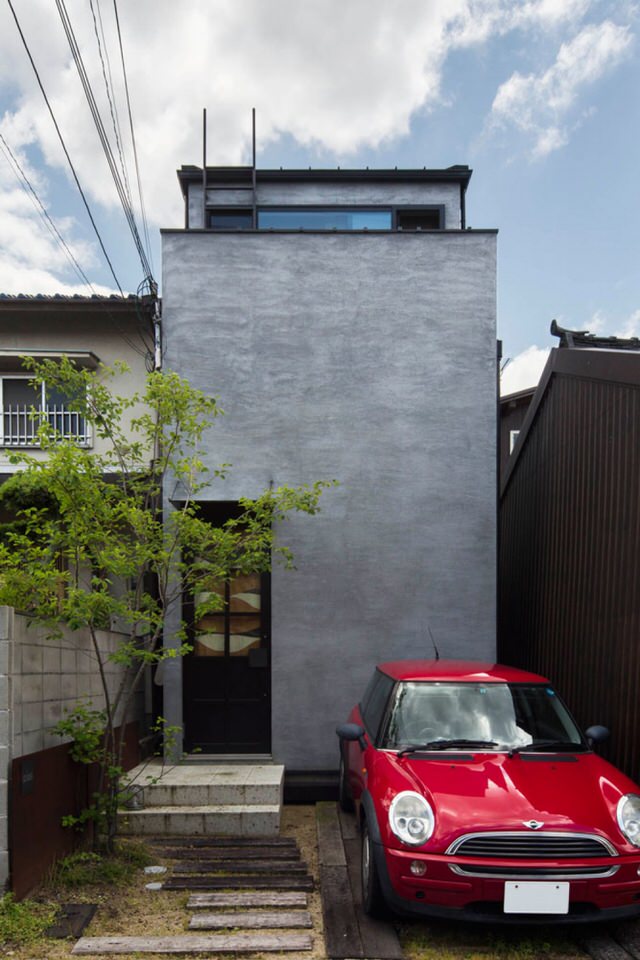 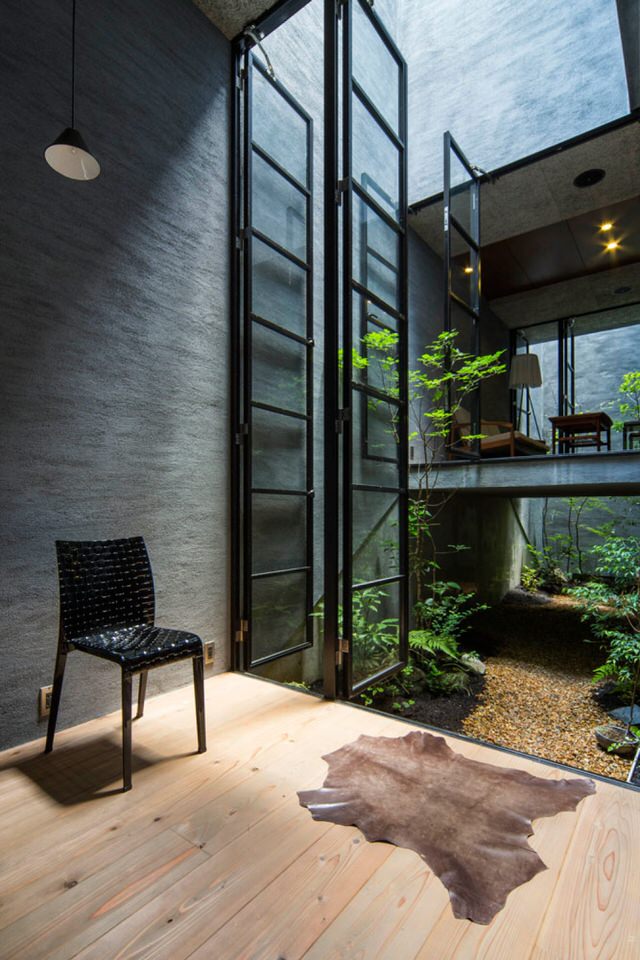 Nara House instead adopts a central garden courtyard spanning the entire height of the dwelling, and while the intensity of light entering the living doesn’t match that of conventional windows, the end result in my opinion is far more homely. Vast black-framed doors seal off the living spaces from this courtyard which span the double-height ceiling and add to the somewhat industrial tone of the interior. 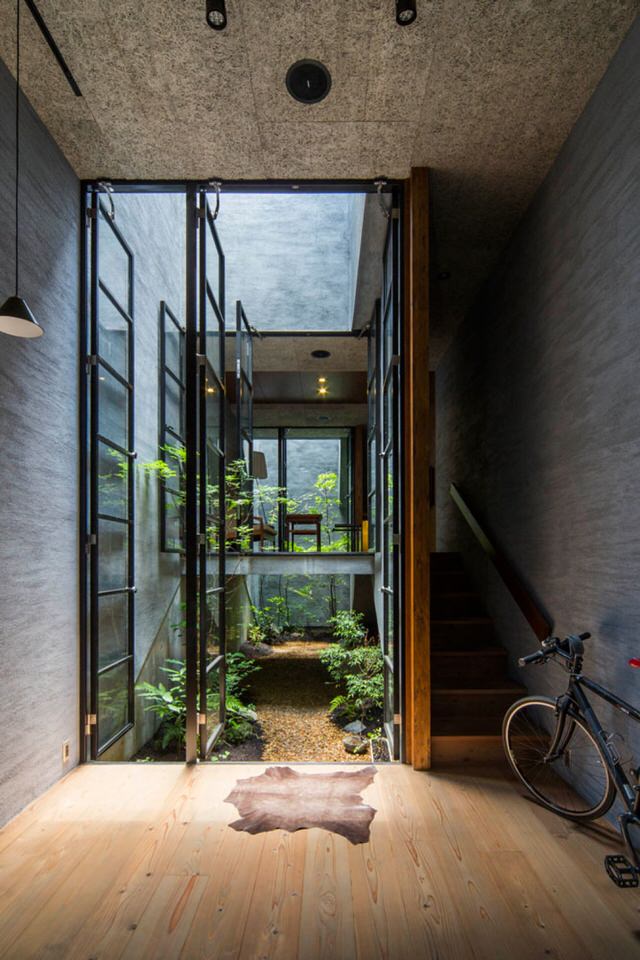 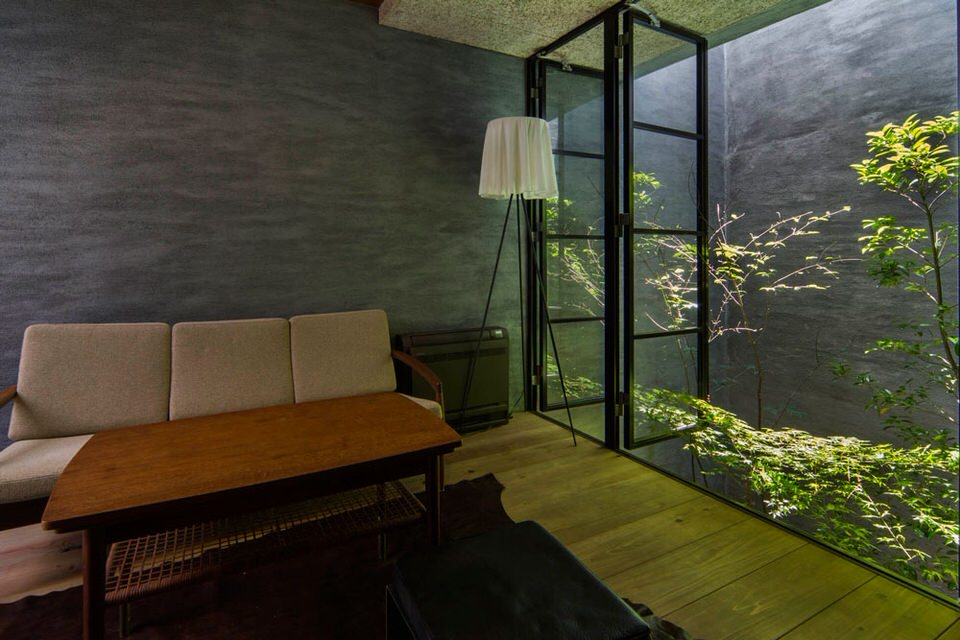 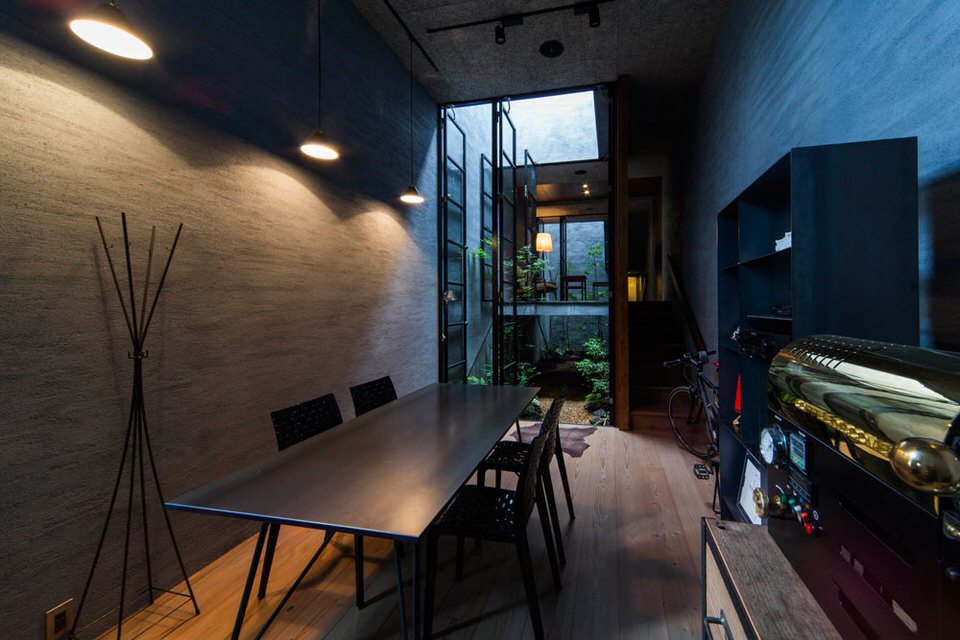 Fuji Architects embraced the potentially gloomy atmosphere, and didn’t try to compensate with white paint, instead employing dark grey colours to emphasise it. This dark setting allows a greater contrast with the lights scattered throughout the space and the vibrancy of the plant-life. Specific species capable of growing in low-light conditions were selected including ferns. 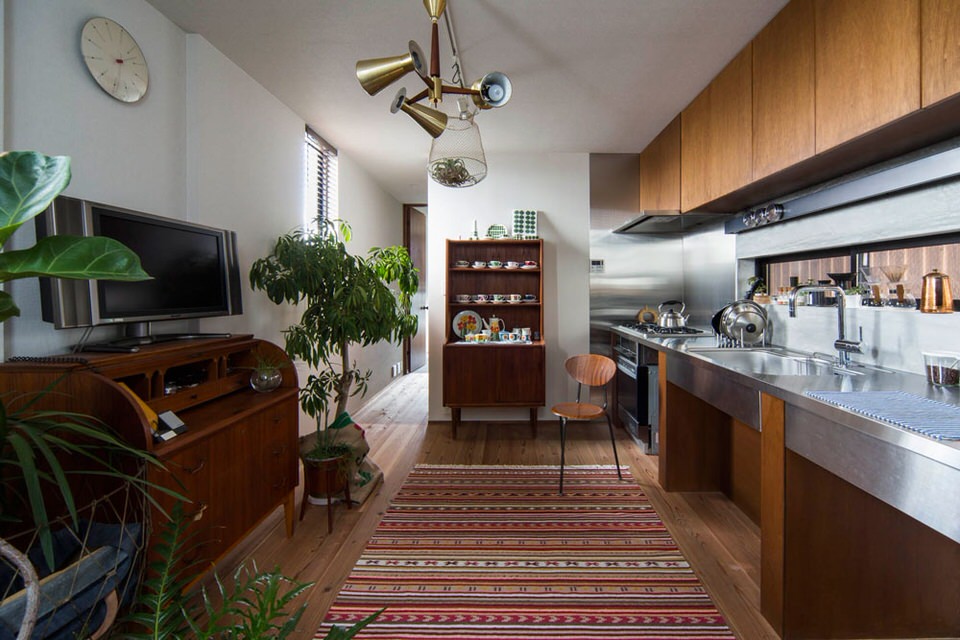 Upstairs where privacy isn’t such a concern, windows have been permitted and the kitchen remains remarkably light with a distinct mid-century modern style from the furniture. 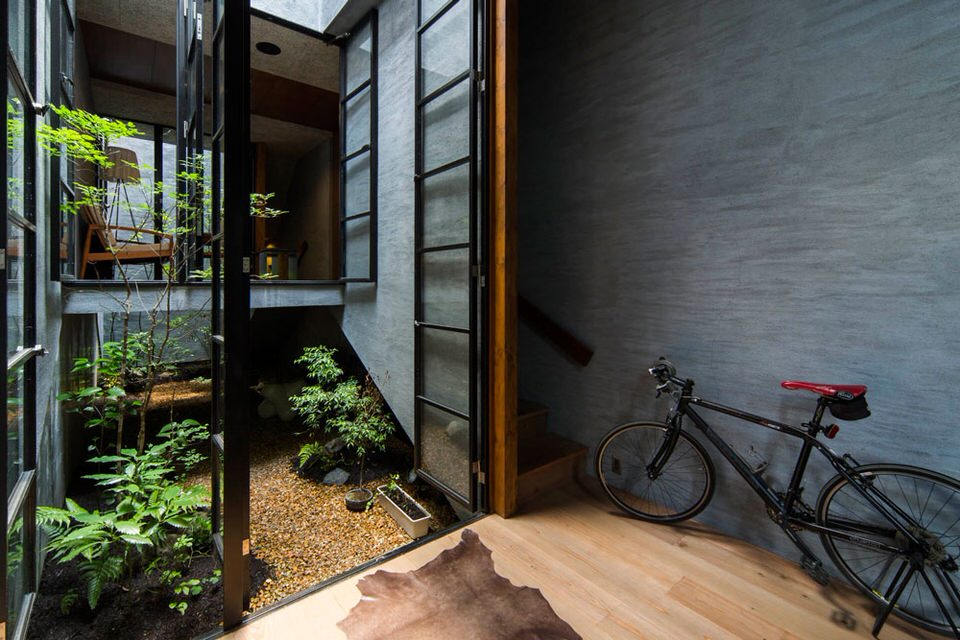